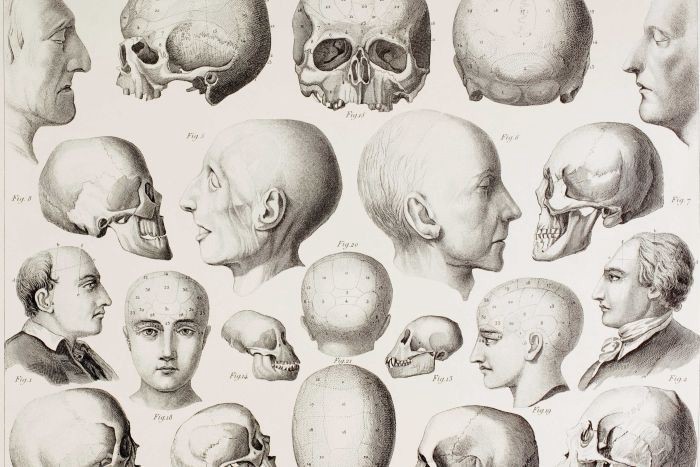 A young woman is pregnant with her second child. As a member of a minority population, her worth is immediately diminished, as many people believe members of her race are less intelligent and less valuable. Upon giving birth to her baby via cesarean section, doctors bully the woman into undergoing a sterilization procedure that will render her permanently infertile. When seeking justice against these doctors, it becomes clear she’s fighting a losing battle. In his ruling, presiding judge Jesse Curtis attributed the woman’s distress to her “cultural background.”

This story is so upsetting and backward that it would be easy to assume it happened at least a century ago. However, the woman, Dolores Madrigal, stood before the court protesting her sterilization in 1978, less than 50 years ago. A Mexican immigrant living in California, Madrigal was one of the thousands of women in the state who endured the life-threatening procedure. A horrifically inhumane product of the eugenics movement, forced sterilization primarily targeted women of color, as well as poor and disabled women. California was a hotspot for the movement, with one out of every three procedures performed in the state. It wasn’t until 1979 that forced sterilization was outlawed in the United States, yet the echoes of eugenics persist to this day in a modern form. Now, eugenics has received a software update in the style of the twenty-first century. Extending its reach to hurt people who have yet to be born, it has found new footing with the rise of prenatal screening technology. The subsequent targeting of disabled people has prolonged the eugenicist principle of devaluing marginalized people in the name of science.

Scientific Racism: The Foundation of Eugenics

The theory of eugenics surrounds the idea that selective breeding can manually perfect the human race. Primarily based on the principle of scientific racism, medical and psychiatric professionals disproportionately targeted Black and Latina women for sterilization.

It’s no secret that scientists have had trouble defining the idea of race for hundreds of years. Even today, many still view race as a biological factor that determines everything from our genes to our social processing. While the label eugenics and many of its practices have been abandoned, other aspects of the ideology continue to evolve. In his 1994 book Race, Evolution, and Behavior, psychologist J. Phillipe Rushton argued that individuals of African descent were genetically predisposed to be more aggressive and less intelligent. This clear example of scientific racism circulated nearly a century after the eugenics movement gained traction. Another concerning moment in medical history began in 1932 with the Tuskegee study. While it started 90 years ago, the study ran for several decades, leading to the deaths of thousands of Black men. The goal was to understand the natural causes of syphilis, and the subejcts were almost solely Black men. By 1943, the invention of penicillin saw new treatments for the disease, yet subjects of the Tuskegee study were not offered care. Most were not even aware they were being studied, receiving experimental, unapproved medications without their informed consent. Yet people turned the other cheek for years, and it’s hard not to wonder if researchers intentionally tested on Black people to ensure nobody would question their unethical methods. As recently as 2018, the medical community (as well as judges) have used race to justify the forced sterilization of Indigenous Canadian women, as well as incarcerated women of color in the US.

Historically, Eugenicists have also targeted mentally ill and disabled people in their quest for human perfection. Often, young women were forced to undergo sterilization procedures under the justification that they were mentally unfit to pass down their genetics. The majority of these women came from difficult backgrounds that left them with considerable trauma.  Instead of treating them compassionately, doctors often wrote them off as having a lowered mental capacity. According to a law passed in Indiana in 1907, sterilization of disabled people was intended to “prevent the procreation of confirmed criminals, idiots, imbeciles, and rapists.” The term “feeble-minded” referred to those deemed too stupid to produce children.

In 1927, doctors assigned this label to a Virginia woman named Carrie Buck, who the state of Virginia subjected to forced sterilization due to her supposed promiscuous nature. In reality, Buck had been impregnated after a relative raped her.  Instead of providing support, Buck’s foster family sent her to an asylum to prevent scandal. Buck brought her case to the Supreme Court, arguing that forced sterilization violated her Eighth Amendment protection against cruel and unusual punishment, as well as the Equal Protection Act under the Fourteenth Amendment. Despite these valid arguments, Chief Justice Oliver Wendall Holmes wrote in his ruling that “three generations of imbeciles are enough,” referencing the label assigned to Buck, as well as both her mother Emma and her newborn daughter Vivian. The ruling established precedence which would be used in later cases to justify other involuntary sterilization procedures.

Prenatal Screening: the future of Eugenics

Since eugenics rose to popularity in the 1920s, medical technology has significantly advanced.

A huge stride forward in the gynecological field, prenatal screening can reveal a wealth of information about a fetus. There are clear benefits to this: namely, saving a pregnant person from carrying and delivering a child who is unlikely to live more than a few years, or who could be dangerous for the birth giver. However, the information this technology provides is easily abused, as pregnant women are pressured to abort fetuses with conditions that come with preexisting social stigma.

The primary example of this stigma is Down syndrome. Prenatal screening is only able to reveal whether or not a fetus has the condition, providing no information about its severity. This means that pregnant people are swayed to have abortions based on partial information. If the choice is fully theirs, they’re entitled to do what feels right. However, social and cultural influences, as well as inappropriate pressure from medical professionals, inhibit a person’s free choice on whether to keep the baby. In that effect, have we really progressed at all since Buck v. Bell? Bullying and manipulation appear to be as important tools to some medical professionals as prenatal screening itself. One woman, Lea Wilson, spoke of relentless pressure to terminate her fetus on the grounds of its Down syndrome diagnosis.

Abortion in the third trimester, while possible, is a far more gruesome, invasive procedure than in the first or second trimesters. Doctors expected Wilson to go through this painful experience solely on the grounds that her child had Down syndrome. This reflects the way society views people born with the condition: burden first, human second.

“Arguably, thus, screening for Down syndrome amounts to what we could call contemporary eugenics. The race for a diagnosis for Down syndrome and other genetic conditions—often in the absence of a cure—can be seen as a commentary on which lives are valued or not.”

It would be ignorant to call for a complete end to prenatal screening practices, as they can deliver potentially life-saving information to pregnant people. Even without screening technology, the attitudes and cultural norms that lead fetuses with Down syndrome to be targeted still exist. Thus, the technology itself isn’t the problem; instead, it serves as a vehicle for the manifestation of ableist ideology in medicine. What is required, especially given new and powerful technology, is a greater emphasis on ethics in the medical field. This change can begin by amplifying the voices of disabled people. The idea that certain conditions make a person less valuable is the core reason behind the prejudice in healthcare. These advancements in screening technology have great potential to save lives, but it’s all too easy to abuse them in the historic pursuit of achieving an archaic idea of human perfection.