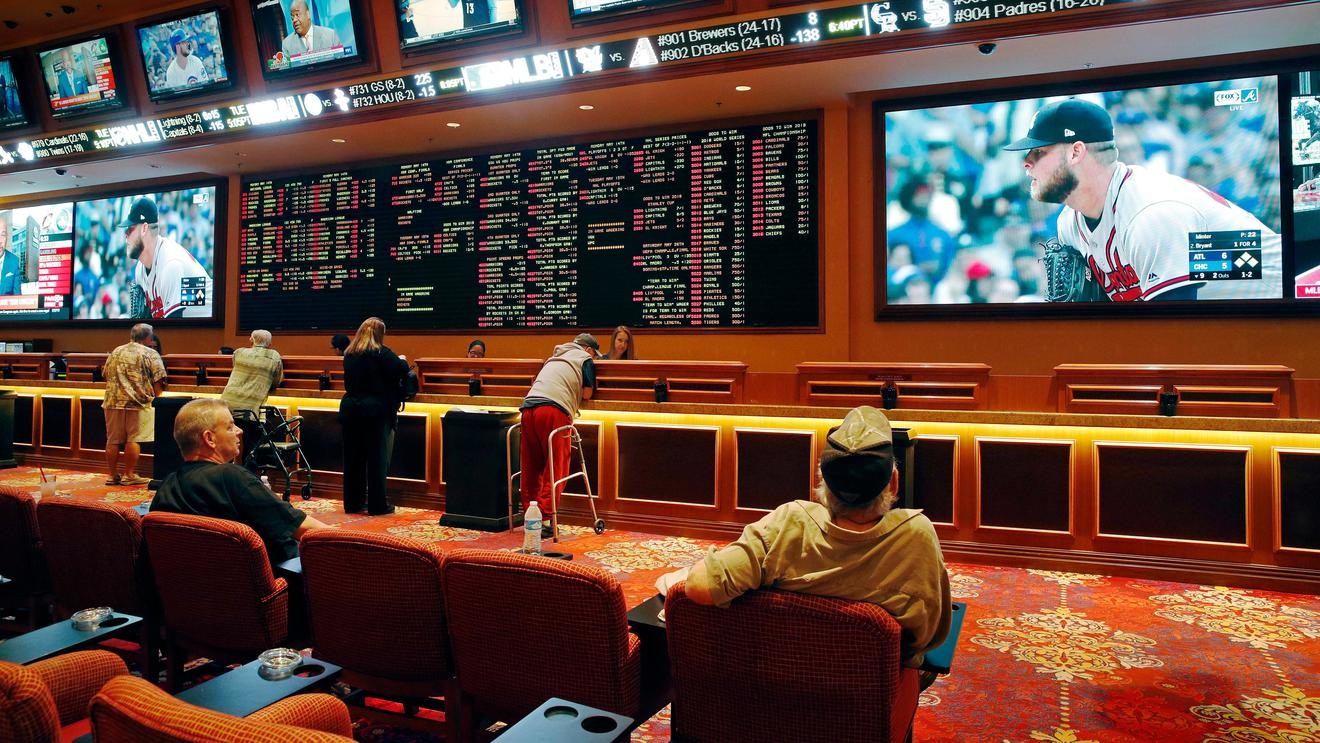 Midterm election years generally generate less buzz than presidential election years, and naturally, the 2022 California propositions have been less attention-grabbing and financed than the 2020 propositions. But there are two propositions in particular that have blanketed the airwaves and have contributions on both sides totaling over $550 million: Propositions 26 and 27. Both would legalize sports betting in California: Prop 26 would legalize it in only Indian tribal-owned casinos and horse racetracks, while Prop 27 would legalize it for use by any casino or gambling center in the state as well as online, through gambling websites such as FanDuel and DraftKings. While my fellow writer Jack Galloway has discussed the broader implications of legalizing sports betting in California in an earlier article, this article will take a closer look at Prop 26, and what I believe to be the more nuanced of the two sports betting propositions.

Per Article IV, Section 19 of the California Constitution, gambling in California is only legal in specific instances and circumstances, and is dependent on who is managing the gambling center and what type of game is being played. All types of gambling are illegal, with carved-out exceptions for these five games and establishments:

The elevated status enjoyed by Indian casinos in California in terms of what games they can offer puts them at a distinct advantage over cardrooms, and as such, somewhat of a rivalry has developed between them, and they have engaged in legal battles in the past. Prop 26 would allow Indian casinos to further expand their selection of casino games to include sports betting. This could generate hundreds of millions of dollars in revenue for the casinos, while restrictions on cardrooms would still be in place. Thus, Prop 26 represents another battlefield between Indian casinos and cardrooms. Funding the Yes on 26 coalition are a litany of Indian tribes. This includes tribes that have large gaming empires in the state, such as the Federated Indians of Graton Rancheria, who own Graton Resort and Casino in Santa Rosa, and the Pechanga Band of Indians, who own Pechanga Resort Casino in Temecula. Among major fundraisers of the No on 26 initiative are cardroom interest groups like Knighted Ventures LLC and the state’s biggest privately-owned cardroom organizations, including Hawaiian Gardens Casino and the California Commerce Club.

Many of the arguments advanced by tribal casinos do not address this rivalry and instead focus on the benefits of bringing sports betting to tribal casinos in the state. They argue that Prop 26 will increase tribal self-sufficiency, enabling them to fund tribal services like medical and housing services that can assist smaller, poorer tribes in the state. Furthermore, they argue that legalizing sports betting in some capacity will help de-platform illegal sports betting in the state, making it safer and helping capture revenue for the state which will fund causes like education and mitigating gambling addiction.

On the other hand, cardrooms and their advocacy organizations argue that Prop 26 will increase gambling addiction and encourage animal abuse because of an increase in the volume of sports betting at horse racetracks. They also argue that a provision in Prop 26, known as the “poison pill” would force cardrooms to close and would consolidate the power of tribal casinos into a near-monopoly. However, the “poison pill” will not be as detrimental to the cardroom industry as critics believe it will be, and there is a justifiable reason to include this provision in the proposition.

The term “poison pill” is typically used in business and finance to describe a tactic that a company’s board of directors employs to make itself seem unattractive to buyouts or takeovers by another company. But Prop 26’s opponents are using this term novelly; they define it as a provision included for nefarious purposes to sabotage a rival and increase their power. In this case, cardrooms fear the addition of Article 18, Section 19990 to the Business and Professions Code, which would allegedly grant casino-owning Indian tribes unmitigated power to sue cardrooms, potentially flooding them with frivolous civil lawsuits that would put them out of business.

This abuse of the legal system, according to opponents, would disproportionately harm cities with a large proportion of people of color, many of which rely on cardroom revenue to fund city services. For example, Emma Sharif, the mayor of Compton, argues that Compton stands to risk losing 562 jobs and $100 million in revenue from the closure of its cardrooms. This would adversely affect the quality of life of its Black and Hispanic residents, who comprise more than 95% of its population. As a result, the California Black Chamber of Commerce and the California Hispanic Chamber of Commerce oppose Prop 26. Furthermore, the loss of jobs associated with the poison pill has led to Prop 26 being deemed as “anti-worker,” leading to union organizations such as AFSCME District Council 36 also opposing it. Despite these worries, there are multiple reasons that the worry over the poison pill will not result in the effects opponents fear.

First, Prop 26’s purported ”unlimited frivolous lawsuits” effect is purely speculative, and there is no evidence suggesting that such endless lawsuits would realistically take place. The number of lawsuits filed by Indian casinos may increase, but cardrooms will still be legal in the state and there would be no grounds to legitimately sue legally-operating cardrooms. There is a precedent for casinos suing cardrooms, but these were lawsuits over a legal ambiguity that casinos had ground for filing, and the court ruled in favor of the cardrooms regardless.

Second, there are protections for cardrooms in the provision itself. The lawsuit requires first going through the Attorney General, who may choose to file a suit against the cardroom within 90 days of request. No independent action by the litigant may proceed before 90 days. This means that any effects of frivolous litigation would not be immediately realized, and even if the 90-day grace period expires and the lawsuit carries forward, there would be ample time for cardrooms to prepare to argue for dismissal of the lawsuit.

Third, California has laws preventing litigants from engaging in repeated, frivolous lawsuits. If it is found that an entity engages in this behavior, known as vexatious litigation, then restrictions are placed on their ability to sue, and the sued party will more easily be able to dismiss the charges. This protection means that tribal casinos would effectively be prevented from endlessly pressing frivolous lawsuits against cardrooms, meaning they won’t be drowned in litigation that runs them out of business.

Finally, cardrooms, like their casino counterparts, generate a lot of revenue and have their own special interests backing them, so even a frivolous lawsuit that successfully increases cardrooms’ litigation costs would not put them at risk of shutting their doors.

For all the trouble that this provision has caused, why include the provision in the first place? While the narrative of Prop 26’s critics is that the provision was included for malevolent purposes, my hypothesis is that it goes back to one of the core principles of Prop 26, and one of the prime arguments made by the Yes on 26 Coalition—tribal self-sufficiency. This purported “poison pill,” in my opinion, is a product of Indian tribes wanting to assert their sovereignty so that they can protect themselves from non-tribal gambling vendors who attempt to break the law by holding sports-betting wagering in their establishments. By including this provision, casinos ensure that sports betting in California remains safe and well-regulated, making this provision an important part of the proposed bill altogether. Thus, this provision is not only reasonable but perhaps even necessary.

There are many good reasons to support Prop 26, and even a few justifiable reasons to oppose it. But when it comes to how this will affect California’s cardroom industry, fears of its collapse if Prop 26’s passes are greatly exaggerated and misleading. It is my view that Prop 26 will be a boon to the nation’s Indian tribes, who are often on the short end of the stick when it comes to recognition and treatment. And if Prop 26 passes, the renewed prosperity enjoyed by these tribes doesn’t have to come at the expense of California’s many cardrooms, which serve their own important purpose in bringing revenue to the communities they serve.