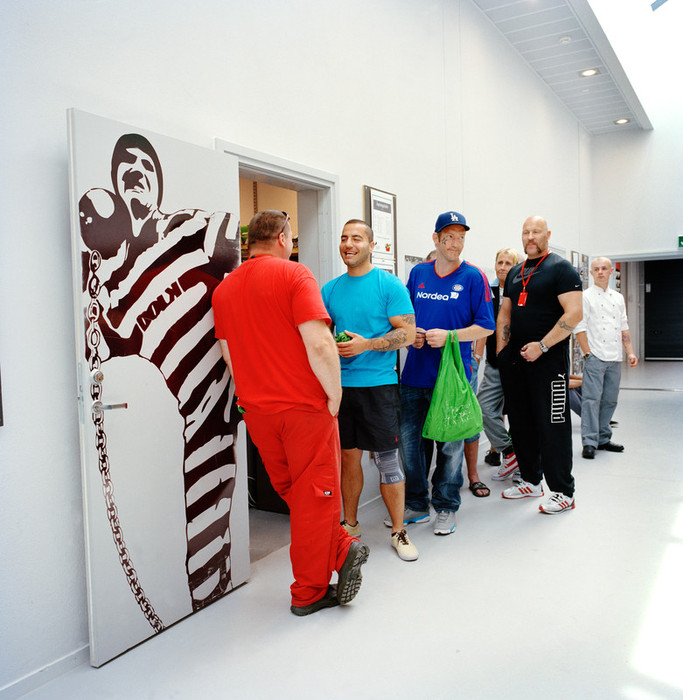 What Can We Learn From the Norwegian Prison System

In class roughly two months ago, an ex-felon came to talk about how he managed to turn his life around while in prison and how that allowed him to reduce his sentence and create a meaningful civilian life. To this, I wondered, why do prison systems not inherently focus on rehabilitation and focus so much on punishment? To answer this question, I looked at the Norwegian prison system, famous for its low recidivism rate, and looked at what worked and why.

What is the point of prisons?

The original purpose of prisons was to keep criminals confined until the actual punishment was carried out, usually corporal punishment. In many Western countries, if not globally, people are sent to prison as punishment. In the eyes of the system, they did wrong to society and should pay for it. One goes to prison for doing something illegal, such as being found guilty of drug possession, murder, or financial fraud. Since it looks like prisons are here to stay, is there a way to make them more socially sustainable by preventing people from going back in? However, prison as punishment acts as a short-term solution. Prison systems solely focused on exacting revenge have high recidivism rates because they do not help individuals learn how to function in society post-prison — how are they supposed to suddenly learn to act as good neighbors after being cut off from society for so long?

The prison system is deplorable in many countries and often prevents felons from rehabilitating into mainstream society. The recidivism rate in Italy is 70%, 40% in Germany, yet only 20% in Norway. I am curious to understand why another developed nation, such as Norway, does not seem to have the same issues as its counterparts. Is it solely thanks to its prison system, or are there other things the country does that explain its low number of prisoners? I want to demonstrate how important it is to not only ensure that less violent criminals are given a chance to become good citizens but also to explore how Norway achieves that objective.

Norway has an inmate population comparable to 75 per 100,000 inhabitants. By comparison, the United States stands at 707/100,000, and France at 114/100,000. Regardless of the smaller Norwegian population, currently standing at 5.3 million people, the numbers are glaring. Additionally, the recidivism rate has dropped 50% since the 1990s, from 70% to 20% today, one of the lowest in the world. What happened?

Let’s look at what did not happen. Norway did not extend prison sentences. They did not increase security and harsh treatment in their jails. They did not increase policing or militarization. They instead increased spending on better accommodations, which focused on building more agreeable and inclusive jails and changed their approach to jail systems to become more humane.

Norway now spends $127,671 per year per inmate, compared to an average of  $25,000 in the United States. This spending increase has gone to newer, more modern prison facilities aimed at teaching the inmates to live in society after they are released, as well as remedial classes and better accommodations. If “Freedom is the only right taken away,” in other words, convicted criminals do not lose any other political and civil rights while incarcerated or after release. Since that is considered enough of a punishment, the inmates have the opportunity to benefit from school lessons and skill training in mechanics, cooking, and much more. The reforms from the 1990s have had a plethora of benefits. According to the Borgen Project, a non-profit aimed at reducing global poverty, the reformed system effectively reduced the population of prisoners, increased employment rates after release by 40%, and has had “long-term benefits to its country’s economy and also improves [the] personal lives [of inmates and ex-inmates].”

Another major change that occurred in the last decade of the century was a reduction of the maximum prison sentence. Gone is the time of life sentences, which has been replaced with a maximum sentence of 21 years, which can be extended by 5-year increments if the prisoner is not deemed suited for normal society.

Their incarceration system does not simply aim to punish but rather treats the prisoners like human beings and teaches them the skills necessary to become good citizens. From an outsider’s perspective, it seems to be rooted in compassion rather than disdain. Officers are trained for 2 to 3 years before being sent to work, with an emphasis on defusing violence and building relationships with the inmates. In the United States, training to be a correctional officer lasts weeks, if not months. More importantly, officers are trained to be aggressive and taught to expect the worst from inmates, leading to a culture of tension for everyone working and living within the system.

One of the most surprising consequences of these changes was how much they benefited the staff. According to a UCSF story, the reforms have helped not only the Norwegian economy but its public health as well. Prison guards are now encouraged to partake in activities with the inmates, which helps them get to know them better and defuse potentially violent situations peacefully before anything bad can happen. This has drastically helped change the culture within prisons and helped the officers lead better lives with better relationships with their families and friends.

What is the inside of a Norwegian prison like?

As I was researching for this article, I looked at photos from the Halden prison in Norway and started to wonder how it looked so much more accommodating than my undergraduate dorms, or some of the on-campus apartments. Contrary to traditional jails, there are no bars on the windows, and inmates have access to television, computers, sharp objects for cooking, and much more. At times, it looks more accommodating than some American college dorms and is certainly a far cry from the brutal and animalistic accommodations of some private prisons.

As for visits, the BBC reported that “once every three months, inmates with children can apply to a “Daddy In Prison” scheme which, if they pass the necessary safeguarding tests, means they can spend a couple of nights with their partner, sons and daughters in a cozy chalet within the prison grounds.” Now, while the prisoners have to prove that they are on good behavior and not a danger to others, I find this to be a perfect example of the positive reinforcement and compassion exhibited by the Norwegian prison system, treating their inmates as human beings.

What are some caveats to implementing some of these reforms elsewhere?

Now, that is not to say that these reforms are easy to implement in other countries. Norway is overall a fairly homogenous country culturally in a world region of relatively low crime. The majority of prisoners are in jail for theft-related crimes, with more violent behavior coming from gang-related crimes. Violence has been increasing in the past couple of years, but it is worth noting that it is still a relatively very happy country with a low crime rate.

One of the most noted factors for the large incarceration rate in the United States is its legacy of racial inequalities and institutional racism. As hotly debated and exposed with the #BlackLivesMatter movement and Ava DuVerney’s documentary 13th, the prison system in the United States is (at least partially) a product of the legacy of slavery and institutional racism. By being much more culturally homogeneous, Norway hasn’t had to deal with the institutional racism that has plagued other countries. However, demographics are rapidly changing with the influx of Middle Eastern refugees and immigrants from other nations moving in. Even if fewer offenses result in prison time, the changing demographics will be a real test of the strength and the humanity of its system.