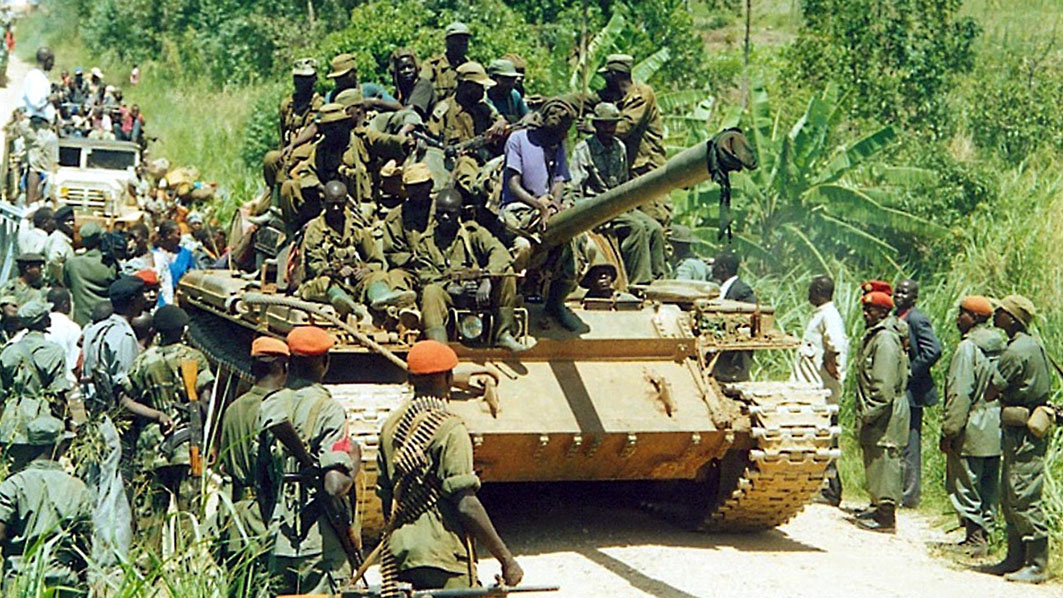 Does the ICJ’s recent ruling on reparations matter if Uganda won’t pay?

On February 9th, 2022, the International Court of Justice (ICJ) ordered Uganda to pay the Democratic Republic of the Congo $325 million in installations over five years, the most extensive reparations awarded by any international court in history. The decision comes as a follow-up to a 2005 ruling which found that Uganda had violated international law through its occupation of the Eastern province of Ituri in the DRC after negotiations towards reparations between the two countries failed. This role, as a body awarding damages as opposed to simply recognizing offenses, is unprecedented for the ICJ and could set a new standard for its role in conflict resolution.

The Second Congo War was one of the deadliest conflicts since World War II, bringing about anywhere from 3 to 10 million deaths during its five-year span. After numerous rounds of ceasefires that held for brief periods at a time, the war was officially brought to an end in 2003. However, outbreaks of regional violence continued in the years following the war. Contextualizing the war is critical to fully illustrate the existing regional dynamics and the role each group of actors played.

The modern Democratic Republic of the Congo was subject to the brutal rule of King Léopold III of Belgium under the name Congo Free State from the 1880s until 1908, at which point power was transferred to the Belgian government. The state was marked by a brutal resource extraction regime by which the King demanded most of the goods produced in the country, and failure by producers to meet certain quotas was punishable by death. In particular, the rubber boom of the 1890s made it impossible for producers to keep up with demand, resulting in murder and local fighting. It is estimated that half of the population of the country, around 10 million people, died during this period as a result of murder or being worked to death. In 1960, Congolese independence was gained, and leftist Prime Minister Patrice Lumumba was elected through democratic elections. It would be another 46 years before another democratic election was held. Within a week of Lumumba’s assumption of power, a mutiny began within the army, and conflict between black and white Congolese spread to the population as a whole and led the Belgian army to intervene to protect white inhabitants. Following the secession of two regions from the state, UN peacekeepers intervened, followed shortly by Soviet troops. With the government weakened by a split between Prime Minister Lumumba and President Joseph Kasa-Vubu, who illegally fired Lumumba, Joseph Mobutu, the commander of the army, staged a coup backed by the CIA and Belgium. In January of 1961, Lumumba was executed, and several years of conflict between the Mobutu government and secessionist groups followed. Following highly split elections in 1965, Mobutu launched a successful second coup d’etat, establishing his dictatorship that would last until 1997.

The first Congo war is understood to have started in 1996, as a series of ethnic conflicts melded with anti-regime rebellion, which expanded across the country. While there are as many as 250 ethnic groups in the modern DRC, experts have argued that the territorial system of competition and resulting conflict is rooted in the organizational system of chiefdoms imposed by the Belgian government during colonialism. The local conflict considered to have sparked the First Congo War started as an echo of the recent Rwandan genocide. The Tutsi Rwandan government expressed concern about the activity of Hutu militia groups operating in the refugee camps in eastern Zaire (modern-day DRC), where they had fled after the genocide. In response to raids by Hutu militia groups across the border with Rwanda, the Tutsi Rwandan government provided arms to Tutsis living in that part of Zaire. The Alliance of Democratic Forces for the Liberation of Congo, led by Mobutu’s longtime opponent, Tutsi leader Laurent-Désiré Kabila,  moved westward, capturing towns and, according to many, massacring civilians. The movement received support from the governments of Rwanda, Uganda, and Angola. By April 1997, they had reached the capital of Kinshasa and forced Mobutu to flee, installing Prime Minister Étienne Tshisekedi in his place.

This government and any peace that was taken to indicate the end of this war was soon ended by the Second Congo War. The fighting might be more accurately understood as a transformation and resumption of the recently abated conflict. As Congolese people began to feel uneasy with the continued official presence of the foreign backing states, the state responded by instructing Rwandan and Ugandan military personnel to leave the country. However, as the Rwandan presence evaporated, Tutsi groups in Zaire felt vulnerable, building toward rebellion. Rwandan forces rushed back to defend their Tutsi allies, occupying Eastern Zaire, challenging existing national borders, and igniting the so-called second war. Ugandan forces supported these groups, and also created and backed the rebel group, Movement for the Liberation of Congo (MLC). As these groups advanced on Kinshasa, Kabila, who remained the military leader of the Congo, finally recruited the support of southern African countries, including Namibia, Zimbabwe, Angola, and several others. Thus a violent, highly multi-factional conflict erupted involving approximately 20 distinct armed groups, waning and waxing as ceasefire after a ceasefire was reached, and then broken.

The ICJ case in question specifically addressed Uganda’s occupation of a region of eastern Congo and the creation of the region of Ituri in June 1999, sparking violence between the Hema and Lendu ethnic groups, which lasted until 2003. In the summer and fall of 2002, President Kabila negotiated the evacuation of most of the remaining foreign troops, and although local conflicts remained violent, a transitional government was sworn into place on July 17, 2003, and the war was declared to be over. 3-10 million people were estimated to have died as a result of the conflict, many from disease and starvation resulting from instability and lack of protection by local militias. While communities across the Congo witnessed looting, rape, and many local instances of ethnic cleansing during the war, the eastern regions were particularly affected.

The peacebuilding agenda of the new government faced early challenges, as several officials refused to swear allegiance to Kabila, having rebelled against his leadership. The structure of the DRC’s transitional government can be classified as power-sharing, according to the classification system theorized by political scientists Yossi Shaun and Juan J Linz. According to Katia Papagianni of the Centre for Humanitarian Dialogue in Geneva, this type of transitional government is particularly subject to instability because of the lack of established relationships and shared interests between those in power, and the undermining of government legitimacy due to inconsistencies across the leadership, requiring the careful touch of third party participants. Papagianni points to a need for third-party intervention in establishing constructive dialogue within ruling institutions, creating opportunities for popular participation and vocalization in government, and establishing a long-term constitutional design.

The United Nations Organization Stabilization Mission in the DRC (MONUSCO) operated throughout the rule of the transitional government to demilitarize major conflict zones as part of the “largest peacekeeping operation in the world today,” with limited success. In the decades since 2003, the UN mission shifted its focus to long-term transitional justice, which focuses on accountability and establishing sustainable justice mechanisms, reflecting the recommendations of Papagianni. However, the UN has faced criticism for the inconsistency of its approach and for supporting the military courts whose decisions are considered biased, often for show, and undermine the jurisdiction of local and ordinary courts. In 2006, the first general election since 1960 was held, and Kabila was officially elected as the democratic president of the DRC, which might be considered to indicate the success of the transitional government in completing its role.

The original iteration of the ICJ case in question was first brought by the DRC in 1999, accusing Uganda of violating international law by occupying the Ituri province and supporting other local armed groups. When this case was first brought by the DRC, cases were also brought against Rwanda and Burundi; however, these cases were dismissed because neither country recognizes ICJ jurisdiction. In reaction to the accusations, Uganda argued that the DRC had, in fact, invited Uganda into the Ituri province, a claim that was rejected by the court. In 2005, the ICJ decided that Uganda had, in fact, violated international law through the occupation.

The court made the notable decision to hold Uganda accountable for the well-being of the people in the area it occupied, the environment of the region itself, and any failures to protect either the people or the region. Specifically, placing the responsibility for the violence of rebel proxy groups in the Ituri province on the Ugandan state contradicted the court’s previous decision when determining whether Serbia was liable for damages by Bosnian Serb proxies. Furthermore, it was determined that as an occupying force, Uganda was responsible for any harm befalling the environment (another unprecedented decision) and the people of Ituri, even indirect harm, such as vulnerability to disease and starvation, during the occupation. Uganda was also found to have violated international law by preventing humanitarian groups from accessing the region, therefore depriving residents of necessary resources. A final accusation by the DRC, which blamed Uganda for macroeconomic damage to the country, was dismissed by the ICJ for a lack of evidence.

In 2005, the ICJ was innovative when it came to recognizing forms of harm and accountability. However, it still viewed its role as purely to recognize offenses remained unchanged. Having affirmed to the world that Uganda’s actions were, in fact, unlawful, it would task the DRC and Uganda with determining the modality for reparations that fit them best. However, over 15 years later, Uganda and the DRC had still failed to reach an agreement. Even as military tensions have seemingly eased as of late, with joint operations underway as of December 2021 against the ISIS-aligned Allied Democratic Forces who have killed civilians in both countries, the two states continued to have vastly different conceptions of what proper reparations might look like. Uganda has since stated that it considered the initial ruling unfair, explaining the complete stall in negotiations. Yet, Uganda has been even more outspoken in declaring the ICJ’s most recent involvement an interference in the natural negotiation process.

In setting reparations, the ICJ has had to design its decision-making process, largely from scratch, drawing on the existing work of UN bodies and other entities which have established reparations in the past. The DRC had previously demanded 11 billion USD. However, expert Luke Moffett explains that meaningful reparations schemes must consider what payment is feasible for the offending party. The 325 million USD ultimately landed on by the ICJ is the largest reparations awarded by an international court for human rights violations in history, and yet still likely to be largely meaningless in terms of compensating the true victims of the violations.

Despite imposing 6% interest on any delayed payments, Uganda has already firmly announced its unwillingness to pay at all. It seems unlikely the ICJ will be able to employ any mechanisms to hold Uganda accountable for failing to pay. If it indeed fails to enforce its ruling, the ICJ will have undermined any precedent set by this case, but will hopefully promote a restored examination of whether international courts can indeed serve as a meaningful force of accountability while maintaining legitimacy in the resolution of international conflicts.