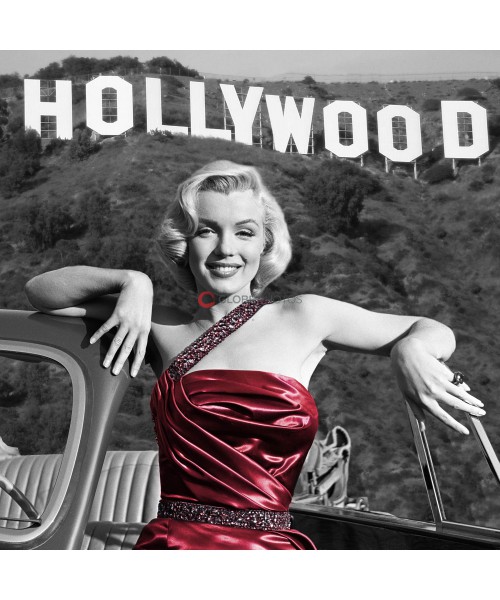 Equal pay for women is a long time coming. Based on the study from the Institute for Women’s Policy Research, women in California will not see equal pay at least until 2043. As of yet, women’s and men’s median annual earnings for full-time jobs differ by a considerable amount of $5,000. Trakstar reports that women earn 79% of what a man does for doing the same job. At the end of her career, a college-educated woman will thus have lost nearly half a million dollars due to the gender pay gap.

Thankfully, California’s legislation acknowledges the pay gap. There is the California Equal Pay Act, which explicitly prohibits employers from paying employees less than the opposite sex for an equal amount of work. The California Equal Pay Act is—to this day—reforming and being made more effective to level uneven grounds contributing to unequal pay. This includes preventing employers from retaliating against employees inquiring about their wages, ensuring that employees’ wages are fairly maintained, and protecting employees from being compared. California has also outlawed requesting salary history from prospective employees to determine their wages, as it potentially creates disadvantages for women and other marginalized groups. California has been actively closing any other potential loopholes that facilitate unequal pay.

And yet, women are still unable to break the glass ceiling. Despite efforts for equal pay, there is a myriad of attributing factors that have built a seemingly unshakeable foundation for unequal pay and general discrimination towards women. Media is a significant attributing factor to this inequality.

Media has the power of mass communication—to spread information quickly to many. California’s Democratic and Liberal society seems to especially value media for the access it provides to a variety of information on pop culture, politics, and social issues. As a whole, California’s media landscape consists of the largest media outlets (e.g. television, radio, print) in the nation, with a notable emphasis on its television and film industry.

However, with social media and the internet continuously rising in popularity, it seems as though the significant amount of influence held by California’s television industry, and especially the film industry, is overlooked. Hollywood, the engine of California’s film and entertainment, continues to steadily produce work without the same level of attention and scrutiny that social media or the internet receive. Social media and the internet have a louder presence, and their flaws are more observable, making it easier to criticize. While accountability for Hollywood is rising (e.g. lack of diversity in casting), critique for the film industry is still lackluster. Because Hollywood and its productions are stacked in detailed layers—from the casting, directing, and screenplay to the costume designs, settings, and colors, it’s much more difficult to pinpoint an issue.

What’s more, Hollywood holds California in a silent but powerful grip, so much so that state lawmakers—Democrats and Republicans alike—vote heavily in favor of the industry. In 2020, Hollywood received an annual fund of $330 million, more than enough to maintain the industry and, more importantly, the industry’s standing. State legislators ensure that Hollywood will not only hold up but thrive.

California legislators definitely seem to care about Hollywood—but why? Because Hollywood is the backbone of California’s economy. It’s the employer of over 700,000 workers in the state, providing nearly $70 billion in wages. It’s a magnet for film-frenzy tourists wanting to witness the Golden Coast in person. Hollywood is the entertainment capital, thanks to its consistent presence throughout the Great Depression, World War II, and the Cold War, all the way to the 21st century. So, not only does Hollywood have economic standing, it has an unshakeable cultural influence over Californian society.

Politicians and legislators understand the weight of Hollywood; Hollywood has the potential to make or break them. Take Governor Newsom’s recent recall election. In response to Newsom’s call for aid, major Hollywood figures stepped in favor of Newsom, donating millions and publicly voicing support in front of their millions of followers. The California governor received increased popular support from the masses, courtesy of Hollywood elites. California politicians and legislators know to protect Hollywood, because of the enormous power the empire and its members have.

So, thanks to its standing, Hollywood remains a deeply ingrained source of media. Hollywood’s messages—from obvious to subliminal—have a considerable amount of influence over its consumers, more than we know. From the script to the directing to the specific characterization of certain roles, Hollywood significantly contributes to how we, as the audience and consumers, view fundamental issues. While it’s true that Hollywood is improving in diversity in casting, genre, plotlines, and more, it has already planted deeply-rooted cultural standards.

Hollywood has created no short list of stereotypes for women. However, the outstanding portrayal of a woman is exaggerated femininity and sex appeal. Compare female Hollywood icons like Marilyn Monroe, Audrey Hepburn, and Sophia Loren to modern-day stars like Jennifer Aniston, Scarlett Johansson, and Julia Roberts: there is a common denominator. These stars are more often than not highlighted and sexualized for their ideal physique, looks, or overall aesthetic rather than being praised for their acting skill. What’s more, it’s rare to identify a movie where they are not a supporting character, or sharing the main lead spotlight with a male actor. They are often depicted in pursuit of or in a relationship with a man, even if their role is the main character (e.g. Julia Roberts in Pretty Woman). Unless the film is specifically catered to the specific portrayal of their character or genre of the movie (e.g. Scarlett Johansson in Black Widow), it is rare to see even top-grossing actresses standing in the spotlight alone.

This theme is prevalent even for movies catered towards younger audiences, establishing from a young age that women are dependent or supporting characters. Seemingly harmless children’s movies like Snow White, Frozen, Tangled to even Bug’s Life all depict their female characters in helpless situations where they are in need of saving. Then, there are the “chick flicks”: Clueless, Mean Girls, Princess Diaries, and the like. Female characters often “get the guy ” as part of their happy ending, regardless of their story, lesson, or goal.

Of course, male actors are also heavily impacted by stereotypes. The ideal, protagonist man is often independent, charismatic, physically strong, and conventionally attractive. His role is to be the problem-solver—the hero. Such depictions do create a set of unrealistic standards for men, instilling pressure to be the provider and the leader. Unhealthy determination to adhere to such standards sometimes leads to the critiqued “toxic masculinity”. Such “macho” roles teach to disguise vulnerability and weakness with exaggerated strength and resilience, which can lead to projected insecurities.

However, it’s important to note that these male standards are also debilitating for women. The dominating portrayal of men as the leading and decision-making characters ties women to the supporting and dependent role. Women suffer from toxic masculinity; they are constantly put down by blatantly sexist to backhanded comments. Women in unconventional roles (i.e. most roles outside of being the homemaker or female-dominant jobs) often have their competence or intentions questioned. This applies to inside Hollywood as well, for the female lead actors, female directors, female screenwriters, the like.

In top-grossing movies, women have fewer lines, presence, and leading or major roles. Only 35% of female actresses are given speaking roles, only 31% of all feature films are female-led stories or led by female protagonists, only 36% of all major characters are female– and the list goes on. The issue doesn’t stop at the fact actresses are outnumbered in roles, but rather exposes a greater concerning truth: women’s stories aren’t being told and their voices are not being heard. Mainstream movies and major franchises like the Marvel Cinematic Universe, Mission Impossible, Star Wars, Harry Potter, and James Bond all embody these factors. There is the typical independent and strong male protagonist, leading the story and working as the problem-solver, while the female character is often the “sidekick”, ready to support and assist the male protagonist when necessary.

When women are present though, their roles are not only typified in a certain way but also avoidant of specific qualities. In particular, women are not portrayed in a working role as often as men. Only 46% of all female characters are shown working, in contrast to 62% of male characters. The scarcity of featuring working women plays a considerable role in molding a specific image of the docile, supporting role of a woman in a larger-scale society.

Within Hollywood itself, women suffer the consequences of such subliminal and blatant discrimination and underrepresentation. Take the Academy Awards—one of the most highly regarded awards in film. From its beginning from 1928 to the 2010s, women have received only 14% of all the nominations from the past near-century, including non-acting academic award recipients, such as directors, screenwriters, and the like. From 2018 to 2021, the number of male nominees in the non-acting categories is overwhelmingly dominating. Though the gap has closed a little, with female nominees rising from 23% to 32%, the difference between male and female nominees is still far too great to even acknowledge that there has been significant progress made. From 1929 to the 2010s, only 5 of 449 nominees went to women for “Best Director”, with only one winning. It has only been recently in 2021 that director Chloe Zhao became the second woman to win “Best Director” for her hit movie Nomadland. In response to such disproportionate outcomes, it’s considerable that there is seemingly a greater proportion of male actors and non-actors in the industry. However, it is reasonable to conclude that this results from the lack of variety and opportunity for roles available to women.

Therefore, it’s no surprise that Hollywood itself is also plagued by gender pay inequity. Even at the “superstar” level, there is an estimated difference of over $2.4 million between actors and actresses. With all potential outliers considered, there is still at least a $1 million difference per film between the two genders. Data from 1980 to 2015 reveal an unexplained wage difference of 25% between male and female actors. Why is this concerning? It’s worth considering: if the content creator—Hollywood—is actively contributing to the gender pay gap, it may not be much of a surprise that Hollywood’s work reflects gender-discriminating tropes.

Hollywood may be a niche aspect of the gender pay gap—one of the numerous factors. However, its underrepresentation in awards and in film within the industry permeates into greater reflection on the discrimination that women in California experience, including unequal pay. Despite some California legislature’s attempts to alleviate the pay gap, California’s reverence for Hollywood not-so-subtly hints that California would rather protect Hollywood before it protects its women. With the stronghold that Hollywood has over California’s economy and culture, it’s unlikely that California lawmakers will make a substantial effort to truly hold Hollywood accountable for contributing to gender discrimination. Thus, we as the audience and consumers of Hollywood must hold the industry accountable. There can be significant changes and progress, as there already has been if California collectively pays greater attention to the implications and messages Hollywood creates through its work.

Joann Park is a Staff Writer for the California Section of the Berkeley Political Review. She is double majoring in Sociology and Legal Studies and hopes to pursue a career in law.