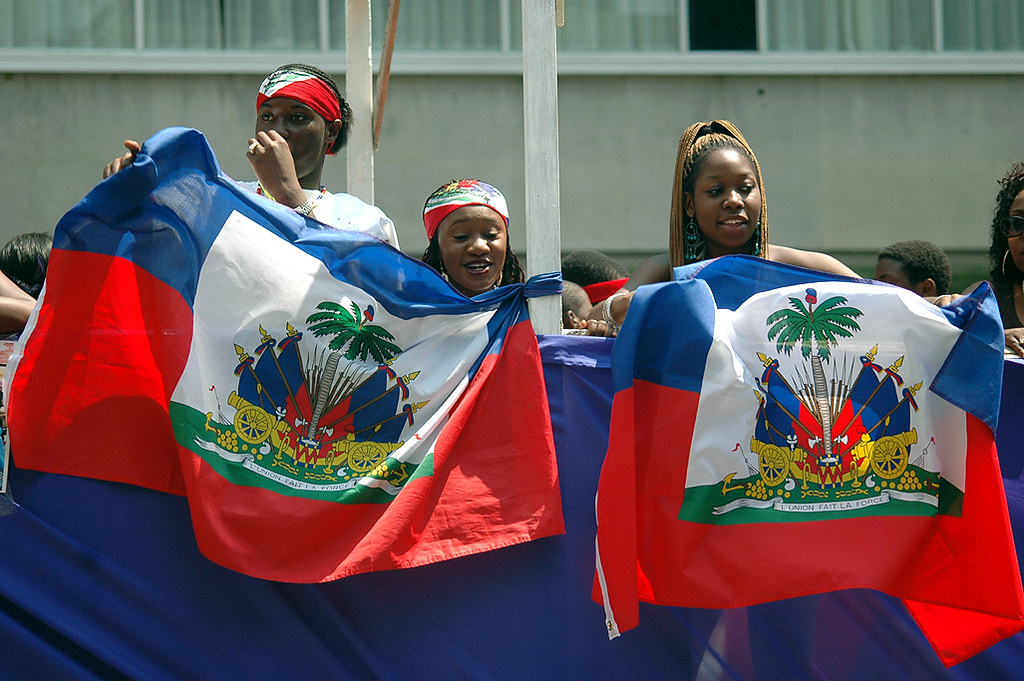 Haiti’s Encroaching Dictatorship and the Forces Behind It

Initially set to be published in Spring 2021.

On February 11th, a sea of protesters marched into the streets of Port-au-Prince, Haiti. Sharp chants of “down with the dictatorship” accompanied by the boom of rallying drum beats rang out through the crowds of thousands as police responded with rubber bullets and tear gas. Only a few days earlier, President Jovenel Moise had assumed his executive seat for a fifth year.

The catalyst for this onslaught of anti-government demonstrations, which remain ongoing as of April 4th, is the nation’s contended presidential term limits. The Haitian protesters claim that Moise was set to leave office on the 7th. In support of the public outcry, the president’s opposition—a conglomeration of parties and civil society groups— have declared that, because of the unusual circumstances under which Moise won the executive office, an interim administration should have been sworn in this year. Moise won his first presidential election, a lengthy and highly disputed run-off, back in 2015. Concerns over voter fraud were so high that the election results were annulled. It took another fourteen months for the election to be rescheduled, only for Moise to win once again, this time in a landslide. The president and his supporters thus marked the rescheduled election date as the start of the presidential term, putting its end date in 2022.

The swift exercise of state-sanctioned violence in response to the demonstrations confirms that Moise has no intention of ceding his additional year in office. Police brutality is not an unusual response to public outcry in Haiti, but many were shocked to see armed forces—both national police and unmarked armed men—deliberately targeting journalists as they covered the protests. On February 11th, police forces went as far as lobbing tear gas canisters into a truck owned by a Haitian radio station, and many other reporters also sustained injuries from police. Haiti’s United States ambassador published a statement affirming that the Haitian government had no intention of harming reporters, but requests from journalist organizations to investigate the targeted violence have fallen on deaf ears.

Other events surrounding the protest have drawn concern. On the same day that opposition forces insisted Moise step down, a Supreme Court (Cour de Cassation) judge along with 22 other individuals was arrested in a sting operation conducted by Haiti’s National Intelligence Agency on charges of an attempted coup. The NIA was created by Moise in November of 2020 via decree and has since virtually become the only form of governance in the nation as the terms of parliament expired in January of the same year. Although the arrested judge was released soon after, UN News sources reported that he was “forced to retire” in “irregular procedure.” Moise also fired two other supreme court judges who previously ruled against him.

Moise’s anti-democratic methods of intimidation did not mitigate the protests, and Haitians continued to rally in the streets for weeks. After all, it is not the first time the president has come under fire by the Haitian public. Haitians also called for the president’s resignation in 2019 after widespread corruption allegations, but Moise, who proclaimed in a speech that the nation needed his unique protection from gangs and violence, refused to step down.

This claim has only proven to be ironic: stirred by the political unrest surrounding Moise’s term limit, Haitian gangs became even more violent. In mid-March, members of G9, Haiti’s most notorious gang, killed at least four policemen after terrorizing a shantytown. Haitian gangs are also infamous for their random kidnappings, but since last October, an ever-increasing number of victims have been opposition leaders. This kind of political violence is not foreign to Haiti, but it does solidify the long-held suspicion that G9 along with other gangs has allied themselves with Moise. This has only further enraged the Haitian public.

Along with the numerous domestic issues that have rallied the Haitian people, concerns over foreign policy have also angered many—more specifically, the United States’ relationship with Haiti.

Under the Trump administration, Haiti-U.S. relations became strained. After President Trump called the Island nation a “shithole country” and asked “why do we need more Haitians?” in a 2018 meeting with Congress on immigration, Moise shared his own curt words in a public statement, accusing the U.S. president’s language of being “racist”. Even before this exchange, the Haitian diaspora in the U.S. felt threatened by the American president, particularly after the termination of a unique residency permit program that allowed 60,000 Haitians to come to the U.S. after the Island’s disastrous 2010 earthquake. The administration has also been deporting an ever-increasing number of Haitians during the peak of the COVID-19 pandemic, the planes returning Haitians to the Island being dubbed “death flights.”

Many Haitians hoped that the Biden administration would usher in a less tumultuous era of Haiti-U.S. relations. During the campaign season, Biden condemned Trump’s immigration policies and pledged to pursue a more humane approach if elected. But since Biden has taken office, not much has changed for Haitian refugees and immigrants. In early February, U.S. Immigration and Customs Enforcement, (ICE) expelled 72 Haitians, including 21 children. The deportation was permitted under Title 42, a dated public health statute, and the exact one that Trump had used to legitimate the “death flights”.

Many human rights organizations promptly criticized the deportations. In response, the Biden administration attempted a 100-day moratorium on all deportations, but it was blocked by a Trump-era judge. What’s more, Title 42 itself has yet to be lifted, and it does not appear that Biden is planning on taking swift action—such as an executive order—to do so. Nor does he seem sympathetic to Haitian immigrants in public. In an interview with ABC, President Biden bluntly said “don’t come over” in reference to the influx of migrants traveling to the United States since he took office.

Hostile foreign policy towards Haiti doesn’t end at immigration—Biden has also staunchly backed Moise’s claim to executive office for an additional year, despite the president’s anti-democratic behavior. This might seem completely contradictory to the United State’s usual agenda of bolstering liberal democracy worldwide. Within the historical context U.S.-Haitian relations, however, these moves by the Biden administration are predictable.

The nature of 20th Century American foreign policy towards Haiti can be summarized succinctly: acquisitive. After occupying Haiti for nearly 20 years (1915-34) in an indisputable violation of the country’s right to self-determination, the U.S. continued on to support then-president Duvalier’s thirty-year dictatorship primarily because of his fervent anti-communist position. When leftist president Aristide—Haiti’s first democratically elected president—came to power in the 90s, the U.S. wasted no time in organizing two separate CIA-backed coups to remove him.

Today’s circumstances starkly echo that of the late 20th century. Just as Clinton and Bush assailed Aristide, the Biden administration’s support for Moise can also be traced to one agenda: upholding U.S. business interests. U.S. investors first began profiting off the Island starting in the 1970s, while Duvalier’s successor, his son, plunged the island nation into 1.3 billion dollars of debt. Veering from the policy of his predecessors, Aristide attempted to meet the opposing demands of the Haitian elite and U.S. investors, as well as the country’s working class. But simply enacting only mild economic and military reforms provided enough fuel for the U.S. to launch a coup against the president. In contrast, the CIA frames Moise in a positive light, claiming that he has set out to improve relations with foreign investors. It is clear that the United States views Moise, and Haiti as a whole, as an economic asset that cannot be forfeited. Moise leaving office would therefore pose a threat to U.S. business and state interests, even if it is the will of the Haitian people.

Despite getting the cold shoulder from the United States, Moise’s opposition continues to challenge him. Political opponents have refused to take part in the presidential election scheduled for September, and ordinary Haitians continue to file into the streets to protest. Although the movement has garnered support from smaller NGOs, Moise is simply not facing enough international pressure to step down. If the Haitian president goes on to serve another year, the consolidation of his power throughout Haiti’s branches of government coupled with a lackluster response from the international community places the Island’s democracy in an incredibly fragile state.

Dictatorship is hardly a foreign concept in Haiti’s history, but neither is public dissent. Whether or not the Haitian cry for democracy survives Moise’s encroaching dictatorial regime is unfortunately a different story entirely.

Adena is a writer and 1 of 2 editors-in-chief at BPR. She is studying political science, legal studies, journalism, and Mandarin Chinese. She is most passionate about political and economic development in the global south, particularly throughout Africa and the Black diaspora.