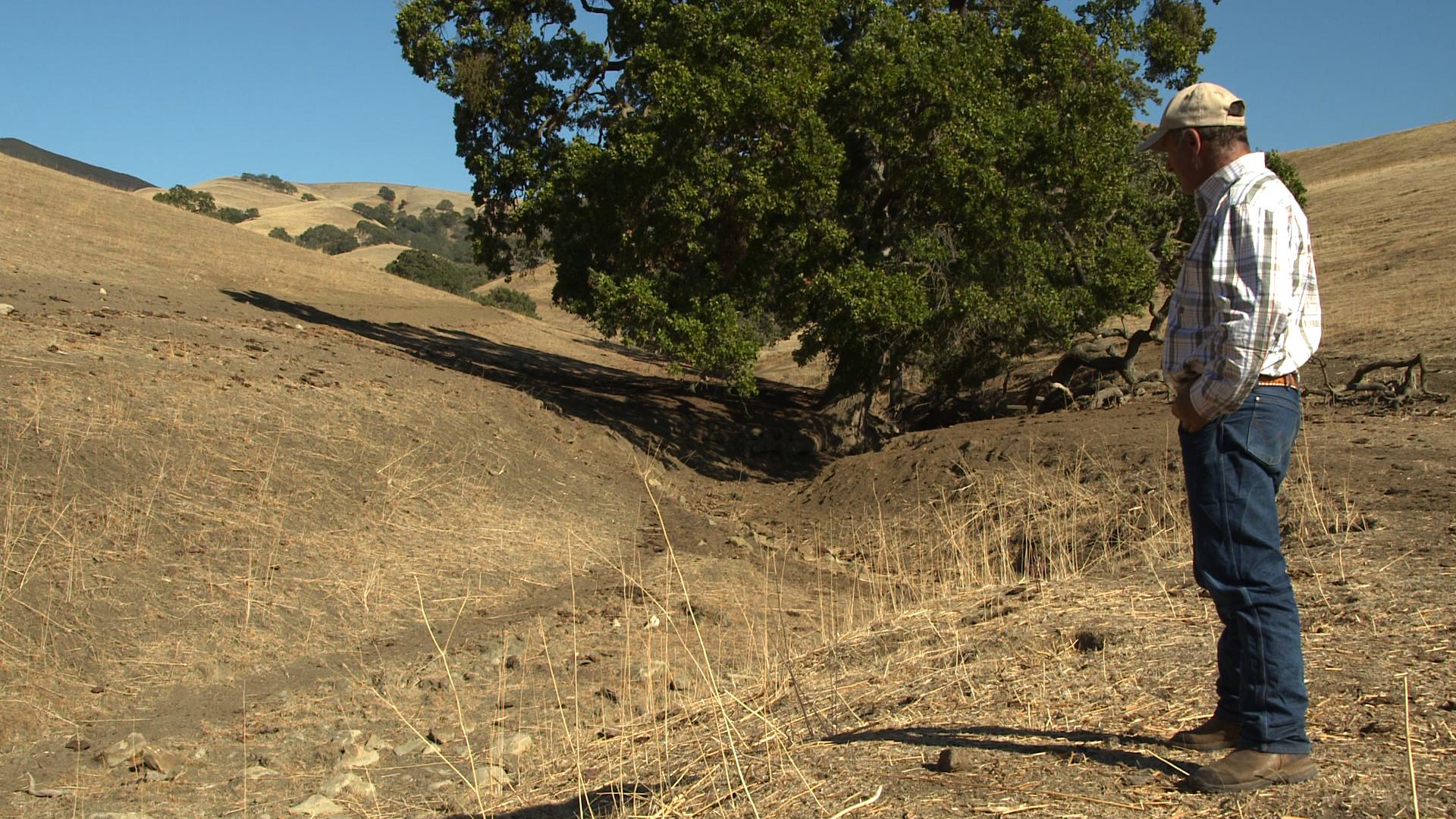 Paradise Lost: Agriculture, Water, and the Future of the Golden State

When the first forty-niners began to trickle into California in search of gold, the Central Valley was a fertile expanse of grasslands and marshes home to thousands of deer, tule elk, and grizzly bears — an American Serengeti. Within a century, the region radically transformed into a cornucopia of industrial agriculture to feed the state’s booming population. At present, California is an agricultural powerhouse, supplying approximately a third of America’s vegetables and two-thirds of its fruits and nuts. Agriculture is also a historical cornerstone of California’s economy, with over 800,000 Californians employed in the agricultural sector contributing to $49.1 billion in output in 2020. Despite its prominence in the national food web and the economy of the Central Valley, the future of California’s agricultural industry is uncertain. The agricultural industry’s unquenchable thirst for rapidly-disappearing water cannot be satiated indefinitely. Unless drastic changes are made to the management of California’s water, the verdant fields and blooming orchards of the Central Valley could vanish into dust just as quickly as they appeared.

The longtime source of most of California’s water is the snowpack in the Sierra Nevadas. But climate change is drastically reducing the amount of alpine snowfall. A team of scientists described Sierra snowpack levels as “unprecedented in the context of the past 500 years” in a historical analysis of tree ring data from 2015. Below-average snowpack has become the rule, rather than the exception. At present, the Sierra snowpack is less than two-thirds of its normal level. The reduction in snowpack can be partially attributed to rising temperatures which are causing winter snows to be replaced by rain. Rather than collecting in the mountains, rainwater rapidly flows down to lower elevations, flooding river basins and challenging the capacity of the state’s reservoirs. Climate scientists also expect that rising temperatures will cause the Sierra snowpack to melt up to two months earlier in the year. Somewhat ironically, the combination of winter rain and early spring snowmelt may result in an excess of water in the winter months, when it is least needed. A portion of this water will have to be released from reservoirs to mitigate the risk of flooding. When demand is greatest later in the year, water will be scarce.

Some farmers believe that this scarcity is a result of rules that restrict the use of water for environmental reasons. The vast network of reservoirs and aqueducts enabling the irrigation of millions of acres of California farmland has had disastrous consequences for native fish populations. In an effort to preserve California’s ecological diversity, environmental activists have pressed for changes to the management of water in key habitats—changes that have restricted the amount of water available for farming.

In some sense, the heated conflict between farmers and activists is evocative of the cultural disconnect between the mostly rural Central Valley and the densely populated coast. Farmers accuse activists in liberal coastal cities of working to limit the amount of surface water available for farming while simultaneously driving the demand for crops dependent on the very same water.

This then begs the question: What is the cost of environmental protection? To many farmers, it is too high. The Delta smelt, for instance, is a fish no bigger than a AA battery native to the Sacramento River delta. A 2009 study by researchers from UC Davis placed the cost of regulations imposed to protect the species at approximately 5,000 lost jobs. Partially as a result, the Delta smelt became the subject of a contentious and drawn-out legal battle from 2005 to 2015. Opponents of environmental regulation sought to exempt the fish from protections granted to it by the Endangered Species Act. The effort failed, and the Delta smelt remains a protected species. It is worth noting that despite conservation attempts, the Delta smelt is practically extinct in the wild.

While environmental regulations on water usage have undoubtedly negatively impacted on the agricultural industry, farmers are far from blameless for water shortages. To point fingers at environmental activists is to turn a blind eye to the root causes of the problem at hand. Incentivized by inexpensive water provided by California’s expansive hydrological infrastructure, farmers have invested in high-value, water-intensive crops such as almonds and grasslands for grazing cattle. Now agriculture sucks up 80% of the state’s water supply, even as that supply is rapidly dwindling.

In response to a decline in the availability of the Sierra snowmelt and environmental restrictions on river diversions, farmers have looked underground to quench the state’s thirst. Groundwater typically makes up around 30% of California’s annual water supply, but this percentage can swell to 60% or higher during drought years. If climatic patterns continue, the amount of groundwater used to supplement surface water shortages is expected to rise. Groundwater usage is especially pronounced in the Central Valley, where arid conditions and high demand have driven many farmers to drill deep into the valley’s aquifer. Some have no other option. In 2014, cherry farmers in Santa Clara County were given a choice: pump or perish. Their supply of reservoir water was entirely cut off by the local water district as a result of a persistent drought. As surface water dwindles, farms with the capital required to implement expensive pumping systems will survive—at least for the short term.

Groundwater can help alleviate shortages of surface water, but it is by no means an unlimited resource. From 2005 to 2015, groundwater pumping doubled, with approximately 2.5 million acre-feet overdrawn from California’s aquifer each year. So great is the Central Valley’s thirst that the region is sinking as much as 60 centimeters annually as water is incessantly sucked up from beneath it. Only a finite amount of water remains belowground, and we are on track to run out of what’s left.

The San Joaquin Valley, the region of the Central Valley south of the Sacramento/San Joaquin River delta, appears particularly susceptible to impending groundwater shortages. According to a 2015 evaluation by California’s Department of Water Resources, the majority of water basins in the San Joaquin Valley—including many of the nation’s most productive agricultural regions—are experiencing critical overdraft. A water basin is defined as when the “continuation of present water management practices would probably result in significant adverse overdraft-related environmental, social, or economic impacts.” The Sustainable Groundwater Management Act (SGMA), passed by Governor Jerry Brown in 2014, tries to address this issue by providing resources for water agencies to regulate pumping at a local level. As mandated by SGMA, agencies must draft and implement action plans mitigating the excessive pumping of groundwater over a time frame of 20 years. Still, SGMA addresses the supply of water, not demand. Just because supply is limited doesn’t mean that a reduction in demand will necessarily follow. Something has to give.

Economists predict that California’s demand for water will outpace supply by 20 to 23 percent by 2050, resulting in predicted annual losses of up to $800 million. In order to adapt, some farmers will be forced to phase out the production of water-intensive crops like almonds in favor of less demanding alternatives such as pistachios. A more likely outcome is that hundreds of thousands of acres of land will be retired because water is unaffordable or simply nonexistent. “At the end of the day,” says Ellen Bruno, an assistant professor at UC Berkeley’s Department of Agricultural and Resource Economics, “there’s going to be less land in agriculture because there’s just going to be less water available.” With no water, former fields and orchards will wither, possibly turning parts of the Central Valley into dusty badlands.

Many of California’s current struggles are the result of the illusion of permanence. California was built on the foundational assumption (and to some degree, hope) that its resources, climate, and way of life would last forever. With an unabated flow from the reservoirs and little regulation on the pumping of groundwater, farmers invested in thirsty crops. Millions moved to cities that were blossoming like wildflowers in the desert, fed by a cornucopia of crops from Central Valley farms.

But California is drying up. The first two months of 2022 were among the driest in California history, with the Sierra snowpack at below two-thirds of normal levels. According to scientists at the Lawrence Berkeley National Laboratory, the snowpack could vanish entirely in just 25 years.

The future appears bleak, both figuratively and literally, for the Central Valley and the millions who depend on its produce. California’s agricultural industry must awaken to the reality that water is not an infinite resource. One proposed stopgap solution is to pump excess water from winter rains back into the aquifer to be stored as groundwater. Ultimately, however, agriculture itself will need to change. “All the research we have done for the most part in the 20th century to advance agriculture,” argues author Michael Pollan, “has been based on an industrial model.” In the future, investment, subsidies, and research grants will be needed to spurn the growth of more sustainable methods of farming.

Two examples of alternative farming practices are polyculture and permaculture, both of which use crop diversity as a way to help farms last in the long run. Polyculture refers to the practice of growing multiple crops in close proximity, whereas permaculture is a type of polyculture that takes into account the natural arrangement of crops in an ecosystem to promote biodiversity and sustainability. Alternative farming practices can be labor-intensive, as raising different crops requires incorporating different techniques for fertilization and harvesting. Nonetheless, increasing crop diversity can lead to healthier soil, cleaner agricultural runoff, and farms that are more resilient to droughts and sudden climatic shifts.

Changes to the way we manage our water and the crops that depend on it are urgently needed if we wish to preserve California as we know it for future generations. If we don’t start looking for ways to reduce our dependence on a resource that is becoming scarcer by the day, the great farms and ranches of the Central Valley—and perhaps, too, the cities that rely on their produce—could crumble into dust just as fast as they sprouted from the virgin fields of tule grass between the Sierras and the coastal mountains.

Jonathan Hale is a California writer for the Berkeley Political Review. In his free time, he enjoys hiking, photography, and writing bios about himself in the third person.