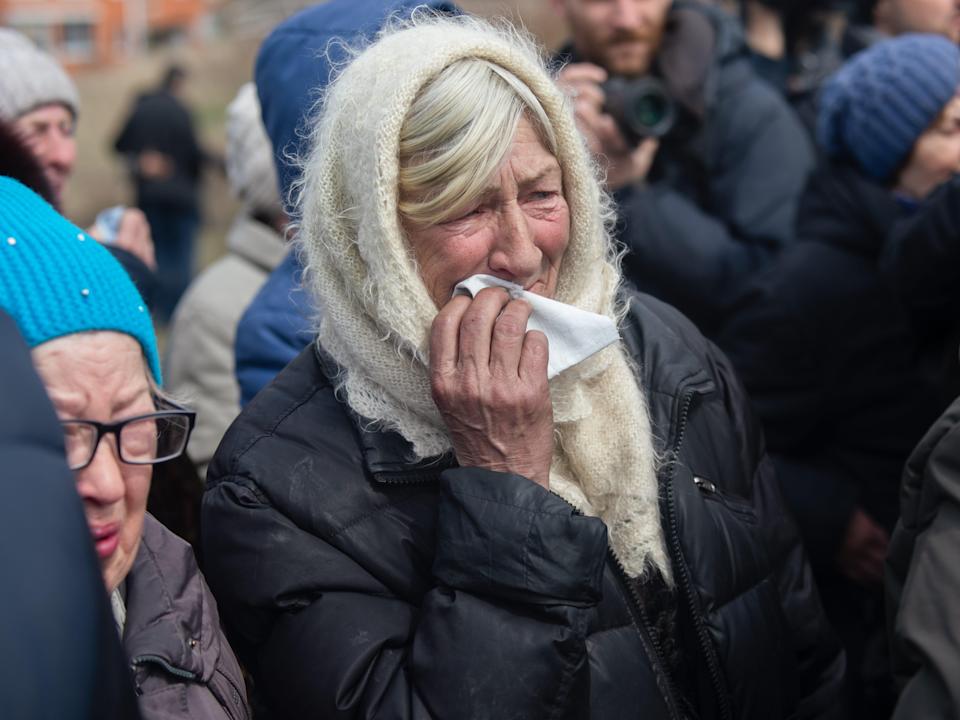 War Within a War: Sexual Violence in Ukraine

Trigger Warning: Discussion of sexual assault and violence against women

The United Nations departments of Sexual Violence in Conflict and UN Women put forth a joint statement on April 9th stating that they are “gravely concerned about mounting allegations of sexual violence perpetrated against women and girls in the context of the war in Ukraine.” As the two month mark since Russia’s invasion approaches, Ukrainian president Zelenskyy says there have been hundreds of reports of sexual assault against women and girls. These assaults allegedly took place at the hands of Russian troops as they moved through Ukrainian cities, carrying out the globally condemned orders of Vladimir Putin. However, the president of La Strada-Ukraine, a global organization fighting trafficking and gendered violence, has called early numbers “just the tip of the iceberg.”

The Ukrainian prosecutor general, as well as international courts, have pledged to open investigations into reports of Russian military sexual violence. The UN has also called for independent investigation into the reports, saying that Russia is using rape as “a weapon of war.” These statements are a start, and they are more than what is being done for women and girls in other currently warring countries like South Sudan, Yemen, Afghanistan, and Ethiopia.

But, what remains to be seen is whether intention motivates action, including the mobilization of enough funds to truly make a difference for survivors of war-time assault as well as preventing others from becoming victims. Countries need to open their borders to women and girls in Ukraine as well as other currently warring countries purely on the grounds of risk for sexual violence. And, the method for prosecuting the war crime that is raping civilian women and girls during conflict needs to procure actual results.

Currently, the International Criminal Court would prosecute these crimes.  The International Criminal Court has no military or police force, and relies on the government of the accused cooperating with the investigation. The likelihood of the Russian military cooperating with sexual violence investigations is negligibly low, despite the fact that recent accusations are precedented by the Russian military’s “sexual violence during the annexation of Crimea and the war in Chechnya,” as reported by Amnesty International, the U.S. State Department, and Human Rights Watch.

As for the global response, the United Nations is only beginning to talk about a response to Ukranian war-time assaults despite the fact that rape and sexual violence have been tools of war for virtually all of human history—even in recent human history, from Japanese “comfort women” of the World Wars to the likely hundreds of thousands of women and girls experiencing sexual violence in the dozens of ongoing conflicts across the globe.

Sexual violence is a tool of war as well as a result of instability because the group that creates the instability uses the subjugation of their enemy’s women to create further devestation—it is not about sex, it is about power.  It can be strategic or opportunistic, both encouraged and tolerated.

This varied level of institutional support is also why it is so difficult to prosecute rape as a war crime, because it is difficult to prove “beyond reasonable doubt” that those in charge of the rapists are responsible for their actions. And, often the nation’s leader—like the president of Liberia in the 1990s or the president of Sudan in 2011—is the one being charged with war crimes, so individual cases of justice are exceedingly rare. In the case of Ukraine, after President Zelenskyy visited the remains of Bucha, he said that the images obtained there ‘were evidence not of the “random act of a rogue unit,” but a “deliberate campaign to kill, to torture, to rape, to commit atrocities.”’

Providing physical and mental health care after the fact is absolutely necessary and should be funded generously—but why are women and girls still being left to fend for themselves against rape in the first place when governments know what political instability brings for women? Why are global efforts to protect women only arising after the damage has already been done? And why are only some women in some parts of the world receiving the aid that is offered?

This is not only a problem within the warring country—when women and girls become refugees, they are offered virtually no protection during their travels or in impermanent housing situations in host countries. They have no stable government, police force, or community to rely on for protection. There are no simple solutions to this problem, seeing as sexual violence against women and girls is a rampant issue even in the best, most prosperous of times, so during times of great instability, most women may see it as when, not if. Ukrainian parliamentary member and women’s advocate Kira Rudyk spoke for herself and so many women when she told CBS News reporters:

Every single time, when a world organization is gathering and saying, ‘Ok, we will get [together] in two weeks and reconsider what’s happening, and we will think, maybe we will take some actions,’ I want you to think that there is probably a woman somewhere in occupied territory — and not [just] one — that for these two weeks would be waking up every single day knowing what would happen. There will be Russian soldiers coming in and raping her. And she may not survive.

What is certain is that the global response to Ukrainian women’s stories has highlighted the utter failure of every level of government to protect women. From the perspective of other violent conflicts in the world right now where women are being brutalized daily, some might say the fact that there has been any response at all to Ukrainian women is positive. But women do not owe the governments and organizations that have historically failed them their pity or thanks.

There are many organizations that recognize this devastating crisis and are on the ground in countries all over the world, working to heal women and girls who were treated as objects to conquer during invasions and violent conflicts in their homes. Of course, sexual violence in conflict cannot be solved without addressing the foundations of sexual violence within a patriarchal society. In the meantime, global leaders need to fund sexual violence relief efforts like they fund weaponry arming efforts, heed psychologists who are studying the long-lasting effects of sexual violence during war, and take a hard look at whether the International Criminal Court is yielding the justice they claim to want, while putting out statements condemning the violence.