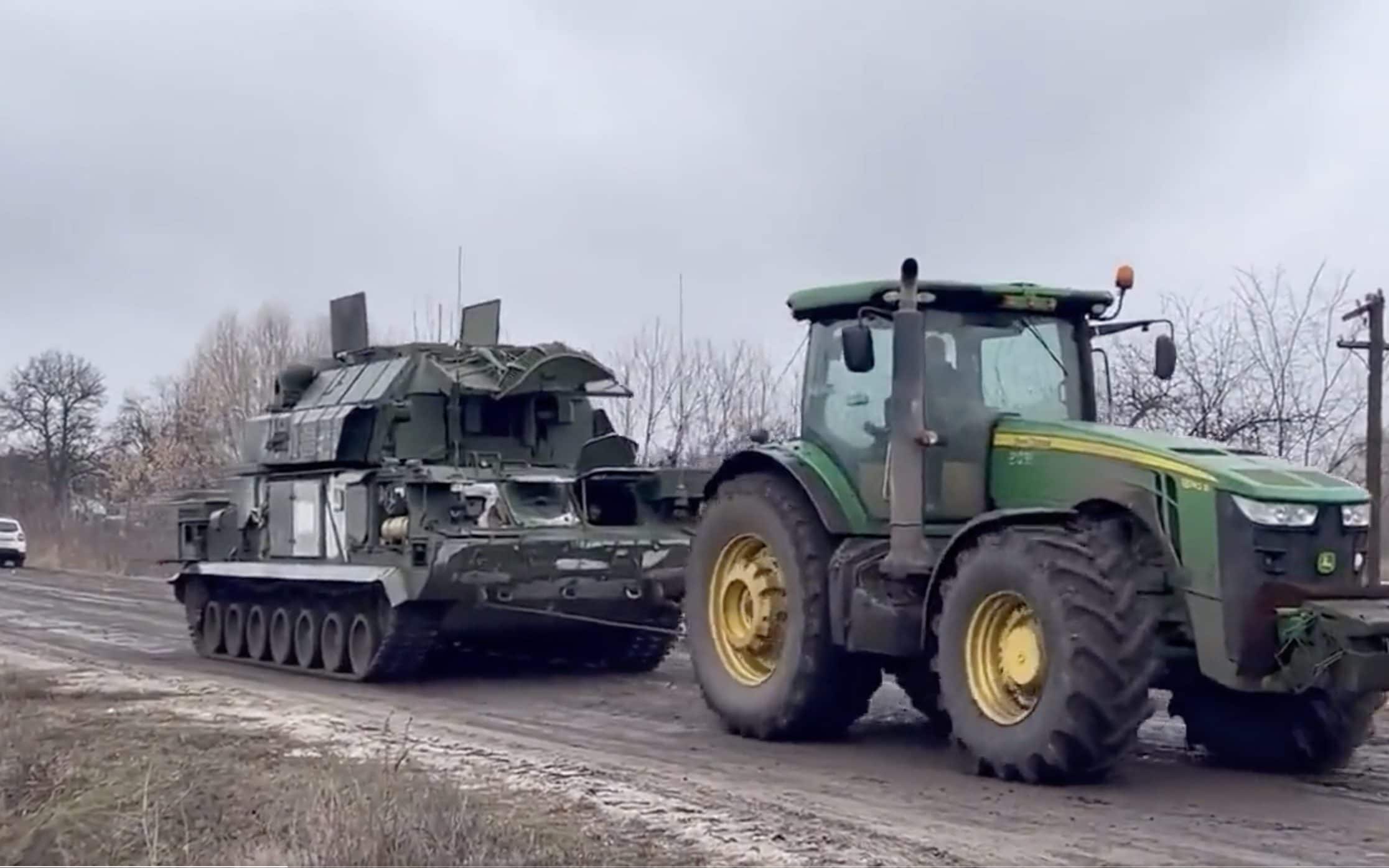 Russia’s Invasion of Ukraine and The Present Global Food Crisis

Russia’s invasion of Ukraine has brought the world to the brink of what Bank of England Governor Andrew Bailey has described as a potentially “apocalyptic” food crisis. The ongoing conflict has halted agricultural exports from Ukraine, a country long known as the breadbasket of Europe and Russia and the world’s largest exporter of wheat and fertilizers. States heavily dependent on Russian and Ukrainian wheat imports, including  Lebanon, Nigeria, Indonesia, Algeria, and Egypt, have frantically enacted measures to increase domestic wheat production and secure alternate sources for grain imports. Estimates by the Food and Agriculture Organization of The United Nations (FAO), indicating a 20% increase in global food prices, have buoyed concerns that recent upward volatility in agricultural commodities markets could be indicators of what is perhaps the most severe food crisis so far this century.

Ukraine and Russia, which accounted for nearly 30% of the world’s wheat exports before the war, have long played crucial roles in global agricultural supply chains. Russia’s naval blockade has cut off the majority of Ukraine’s agricultural exports, while ongoing fighting has significantly disrupted harvests. Additionally, Russian forces have reportedly stolen up to 500,000 tons of Ukrainian grain and are attempting to sell it to desperate states internationally. However, since Russia’s invasion, international shipping conglomerates now predominantly avoid docking in Russian ports or transporting Russian goods due to financial, political, and physical risks. Despite sanction exemptions and Russian evasion efforts, the export of Russian agricultural products has been hobbled.

Consequently, the disruption of agricultural activity and exports has created substantial price volatility. According to Barron’s, during the business week of February 28th to March 4th following Russia’s invasion of Ukraine, wheat and corn futures contracts, which is “a legal agreement to buy or sell a particular commodity asset, or security at a predetermined price at a specified time in the future” increased in value by 40.62% and 14.72% respectively. While prices have since fluctuated, they remain at substantially elevated levels. Disruptions in Russian fertilizer supplies (Russia was the world’s largest fertilizer exporter) are further disrupting food supply chains. Increased fertilizer prices and potential supply shortages, worsened by increased natural gas prices, could significantly reduce crop yields worldwide, adding further pressure to global food prices.

The cumulative effects of agricultural supply chain disruptions during the Covid 19 pandemic and Russia’s invasion of Ukraine have substantially increased food prices and food insecurity worldwide. The Russian invasion of Ukraine could imperil the stability of low and middle-income countries reliant on grain imports. (Statistica)Egypt, Turkey, Senegal, Lebanon, Tanzania, and many others heavily rely on Russian and Ukrainian grain imports. Lebanon, for example, only had enough grain stored for one month since the nation’s main wheat silos were destroyed in the 2020 Beirut Port Explosion. Before Russia’s invasion of Ukraine, since been importing over 60 percent of its wheat from Ukraine. A combination of pandemic supply chain and demand disruptions, extreme weather, and trade barriers have also led the wheat stocks of many significant exporters to decline. While India and Australia have been viewed as two producers potentially capable of partially alleviating supply bottlenecks, the seasonal nature of agricultural production, the scale of existing disruptions, high transportation costs, and increasing protectionism will keep grain prices at elevated levels in the near term. Export bans and restrictions have been enacted by over 20 countries, including India, one of the world’s largest producers. Protectionist measures have further exacerbated pressure on global grain markets, exacerbating existing food security risks by raising global prices. Further supply disruptions are likely, as major exporters of wheat or substitute crops (like corn) do not have enough existing stocks or transportation capacity to sufficiently make up the supply shortfall in the absence of significant intervention by donor countries.

Many states in the Middle East and North Africa region (MENA) are disproportionately vulnerable to ongoing wheat supply disruptions and price increases. Before Russias Invasion, most MENA states heavily relied upon grain supplies from Russia and Ukraine. Bread, a primary staple throughout the Middle East, is often heavily subsidized by governments to ensure stability. In Egypt, the world’s largest wheat importer, the government has been forced to take drastic action. The war in Ukraine has cut Egypt off from 80 percent of its wheat imports and left the Egyptian government scrambling to find new supplies. In response, the Egyptian government fixed the price of bread at 11.50 Egyptian Pounds (a little more than 50 cents in US Dollars) a kilogram. Egypt’s Pretorian government is especially cognizant of risks posed by steep food price increases. During the Arab Spring, substantial increases in food prices often preceded revolutions against governments such as the Mubarak Regime in Egypt. According to the Food and Agriculture Organization of The United Nations (FAO) Cereal Price Index, cereal grain prices have reached record highs (173.3). This is well above the index’s prior historical peak, in 2011 (142.2), when elevated wheat prices contributed to the Arab Spring. While developing grain importers in the southern hemisphere are most exposed to this grain supply shock, the interconnected nature of global food markets makes the harmful consequences of these disruptions global.

Ongoing Wheat supply and price disruptions are already having significant humanitarian consequences. According to David Beasley, executive director of the UN World Food Programme (WFP), which provides food aid to 13 million Yemenis, warned, “we get 50 percent of our grains out of the Ukraine-Russia area, it’s going to have a dramatic impact on food costs, shipping costs, oil, and fuel.” In Yemen, a country reliant upon international donors for the country’s food supply due to the ongoing civil war, over 19 million people, a majority of Yemen’s population, are at risk of going hungry. Already underfunded aid initiatives which help provide subsistence, millions of Yemenis have seen costs skyrocket due to increased grain and transportation costs exacerbated by the war in Ukraine. The UN World Food Programme had already been “forced to halve food rations for eight million people at the beginning of the year due to” funding shortages related to increased costs and funding shortfalls. The dramatic disruptions of global food markets and supply chains precipitated by Russia’s invasion will likely create further food insecurity in Yemen and other vulnerable regions worldwide.

The deleterious consequences on global food markets unleashed by Russia’s invasion of Ukraine will not spare major exporters like the United States. Knock-on effects from steep price increases in agricultural goods and related commodities are worsening inflation, which has already reached a 40-year high in the United States. Ahead of the 2022 midterms, inflation has become the number 1 issue for voters. Sustained levels of high inflation are already forcing the Federal Reserve to pursue a tighter monetary policy (raise interest rates). Interest rate hikes create additional burdens for sovereign, corporate, and consumer debtors. The enactment of export bans by increasing numbers of states and poor wheat harvests in the United States are indications that the present grain supply crisis will likely extend into 2023 and possibly beyond, presenting substantial humanitarian, economic, and political risks for policymakers at the domestic and international levels.

Published in The Review and World