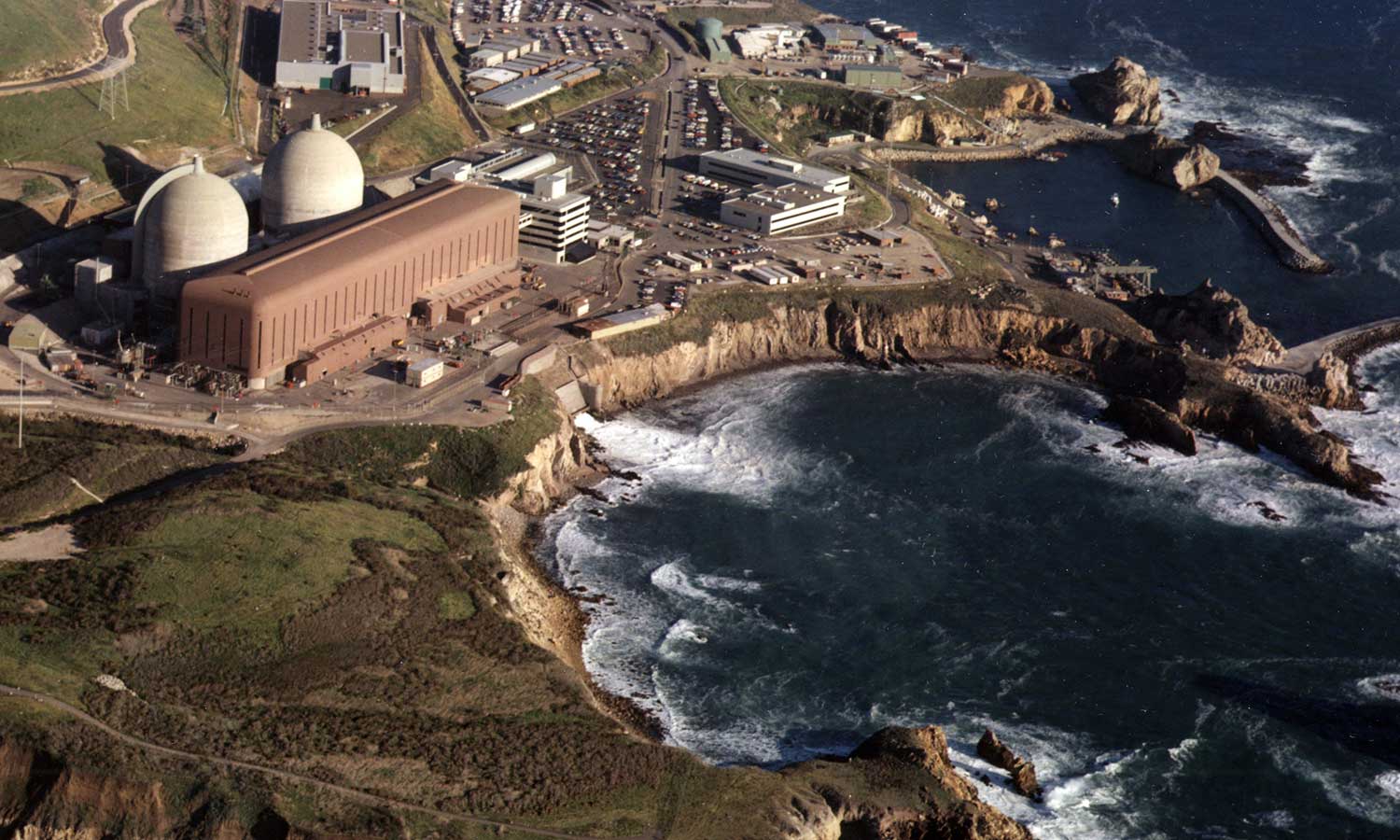 On the first of February, 79 top energy experts signed an open letter to Governor Gavin Newsom, urging him to halt the decommission of the Diablo Canyon Power Plant, California’s very last operational source of nuclear power. The group behind this letter includes dozens of prominent energy executives, professors from Berkeley, MIT, Stanford and more, and the former U.S. Secretary of Energy under President Obama.

To them, “closing the plant is not only irresponsible, the consequences could be catastrophic” (p. 5). But what compels these experts to speak so urgently? Moreover, if this power plant is so important, why would California close it in the first place? This monumental debate is difficult to untangle.

Located near San Luis Obispo, the power plant produces 10% of California’s energy. Despite Diablo Canyon’s importance to the state power grid, PG&E announced in 2016 that it planned to begin decommissioning the power plant in 2024— just two short years away. Why? Diablo Canyon sits near several seismic faults, which local activists have argued for decades could create a nuclear disaster in the event of an earthquake. A compromised nuclear power plant would naturally pose an immense health and environmental hazard. But PG&E’s decision hasn’t made sense to everyone, least of all the energy experts behind the recent letter to Governor Newsom.

The Diablo Canyon decommission plans throw a wrench into a critical point for California to realize ambitious goals in the fight against climate change. Closing the plant would give in to unfounded fears that ignore the importance of this carbon-free power source to the state. Losing Diablo Canyon could cripple California’s fight against climate change, the top priority of our historical moment.

Under Governor Newsom, California has allocated $15 billion of the 2021-2022 state budget to climate and clean energy and set an ambitious goal of reaching 100% carbon-free electricity by 2045. However, developments in the state power sector don’t appear on track. A 2020 analysis from the California Public Utilities Commission found that the state’s current trajectory won’t arrive at zero emissions by 2045, even with policy plans more aggressive than those currently being pursued.

Enter the Diablo Canyon decommission plans. First, one must understand the integral role of this nuclear power plant. As mentioned above, Diablo Canyon produces close to a tenth of California’s power. That’s the same amount of energy as the amount of fossil fuels needed to produce 6 to 7 gigatons of greenhouse gases.

Nuclear energy is also the single most efficient source of energy, and it’s produced free of any and all carbon emissions. To its advocates, like the 79 authors of the recent letter, nuclear power is invaluable to the world’s response to the worsening global climate crisis.

Decarbonization, a paradigm shift towards carbon-free sources of energy, is imperative to slow, stop and counter the greenhouse effect driving climate change. Closing Diablo Canyon could ruin the state’s plans to fully decarbonize its power sector. The state, aware of this risk, did pass SB 1090 in 2018, which mandated that Diablo Canyon be replaced solely with carbon-free electricity.

However, the Union of Concerned Scientists analyzed California’s progress in achieving this goal in 2021, and found that in the nearly four years since SB 1090, not a single act of legislation has been passed to address this specific issue. There’s no doubt about it: California is more than behind on its goals to not only replace Diablo Canyon, but to decarbonize overall. Currently, the state seems poised to turn to natural gas— currently our largest energy source —to  replace the energy demand from Diablo Canyon. Natural gas, while not as destructive as power sources like coal, emits carbon dioxide and does nothing to counter climate change.

So, should the plant be left open as the expert authors of the open letter have argued? The answer is frustratingly unclear.

Diablo Canyon, for all its benefit to the state’s clean energy efforts, wasn’t shut down without reason. In its five decade history, the plant has never been free of criticism and outcry, especially locally. Currently there are two main issues that undermine the experts’ case in the letter to Governor Newsom.

First, the power plant’s reactors are cooled using seawater, an outdated and environmentally destructive process that costs PG&E millions to maintain. Seawater is pumped in, ran through the plant and discharged right back into the ocean after being heated up to 22 degrees Fahrenheit above ocean temperature. This water, while not radioactive, is hot enough to kill marine life and degrade aquatic environments’ habitability. With the protected Point Buchon State Marine Reserve just a mile away, Diablo Canyon’s thermal pollution is detrimental to the local environment. To offset this issue, a recent settlement demanded PG&E to pay $38 million in fees to continue operating the plant. PG&E’s own cost analyses yielded a price that the company feels is too high to justify updating Diablo Canyon to remove this system. After all, keeping the plant online isn’t free.

Second, and perhaps most infamous, the power plant is located close to three separate seismic faults. Just under three miles away lies the Hosgri fault, which forced engineers to design the most rigorous earthquake safety measures for any nuclear plant when the zone was discovered in 1969. And more recently, the Shoreline fault was discovered within less than one mile of Diablo Canyon, in 2008. Both discoveries fueled waves of public outrage over the construction of a nuclear power plant so close to these seismic zones.

Critics contend that an earthquake in the area could render California the next victim in nuclear power’s dark history of exceptionally devastating nuclear disasters. In this region, such a fear isn’t in vain. The Hosgri fault is speculated to be the culprit for a 7.1 earthquake in 1927 that rocked the nearby city of Lompoc. Research into the Shoreline fault, meanwhile, shows that it might have the capacity to generate an earthquake of a magnitude up to 6.8 on the Richter Scale. For comparison, the infamous 1989 Loma Prieta earthquake that caused widespread damage to the infrastructure and buildings of San Francisco was a 6.9.

Additionally, these faults lie underwater, meaning that in addition to the threat of movement during a large earthquake, the Diablo Canyon power plant is at risk of being impacted by a tsunami. If these conditions sound similar, that’s because they are strikingly close to what befell Japan’s Fukushima Daiichi nuclear power plant, where the 2011 Tōhoku earthquake and tsunami caused significant radiation leaks and the meltdowns of multiple reactors. To its critics, Diablo Canyon is a ticking time bomb for a similar disaster to happen right in California.

To the 79 pro-Diablo Canyon authors of the recent open letter, however, the comparisons between Fukushima and Diablo Canyon are “alarmist and misguided” (p. 4).

The Fukushima power plant sat 52 feet closer to sea level than Diablo Canyon. It failed not because it was simply built too close to an at-risk zone, but specifically because it was designed with its array of backup generators on the lower level that was flooded by the Tōhoku tsunami. A similar nuclear power plant at Onagawa was 60 kilometers closer than Fukushima to the Tōhoku earthquake’s epicenter. However, it survived the 9.0 shocks and a larger tsunami than Fukushima because it was built at a higher elevation (though not as high as Diablo Canyon) and lacked Fukushima’s crucial design flaw.

Furthermore, PG&E’s earthquake safety protocols are still highly effective protection against earthquakes larger than even what nearby faults could likely cause. After the Tōhoku earthquake and tsunami, a survey of data from the Nuclear Regulatory Commission found that Diablo Canyon was not among the top 5 American nuclear power plants most likely to be struck by an earthquake, in spite of its notriety.

Therefore, the authors of the open letter allege, this case against Diablo Canyon reveals no useful or unequivocal truths.

The authors’ rebuttal of this argument against the plant, among many other criticisms, including the plant’s cooling system, is well-reasoned. The same is not so easily said for their stance on what ought to be done with Diablo Canyon and with California’s energy sector overall.

Their letter argues that “[m]ere replacement is not enough; replacement would merely freeze emissions at their currently dangerous level” (p. 4). Essentially, California’s priorities are misplaced. Diablo Canyon would be better kept online as renewable energy expands, until decommission wouldn’t require any course correction for California’s (hopefully) falling carbon emissions. For all its flaws, the plant could be a ‘good enough’ way to buy time while decarbonizing.

However, this idea doesn’t address the economic issues with the plant. Keeping the Diablo Canyon power plant open would become extremely costly for PG&E. In addition to the financial burden of either updating or paying fines for the plant’s outdated cooling system, the plant is aging.

While nuclear power plants do have a remarkably long lifetime, maintaining these facilities can incur large costs that don’t seem worth it to PG&E when given all its issues.  If maintenance is high, perhaps the state could subsidize the plant— but such funds would certainly be more useful if sent towards bolstering new renewables instead.

It might seem like there’s no winning in this debate. Keeping Diablo Canyon online is unattractively expensive for authorities and would require time-consuming bureaucratic backpedaling to realize. But if decommission begins as planned, an unready California will likely be forced to increase its carbon emissions. Could there be a third way out?

Potentially. It won’t be easy, and it relies on the California government and electorate to work aggressively for a single, crucial purpose. The open letter to Governor Newsom is correct in criticizing the government’s plan to simply replace the plant’s carbon-free power. Nevertheless, one should not stake the future of California’s climate change response on one aging nuclear power plant.

If the current path to renewable energy by 2045 isn’t going so well, then what should California do instead? Thankfully, there’s little doubt about which strategy would most benefit California’s renewable energy expansion. A strong body of economic, scientific and engineering analysis has demonstrated that the best steps that California could take would be to increase its renewable energy generation and storage capacity.

Put simply, more renewable power sources need to be brought online to meet the state’s massive power demands. If more energy will come from these power sources, then the state must ensure that it can store that energy effectively and keep the grid supplied at all times. Without these steps, it seems near-impossible to close Diablo Canyon under the current 2024 plan while still meeting statewide emissions and clean energy targets.

These looming issues in California energy may be dire, but implementing their best remedy can be achieved. Perhaps, as the 79 energy experts contend, Diablo Canyon could prove an unlikely hero for the state. If Californians rally against the serious climate action complications posed by its closure, then enough political will could be generated to elicit a policy response. Sufficient political will is all that’s needed for California to stay on track with its climate response, while addressing the issues with Diablo Canyon.

In this way, the debate over Diablo Canyon and the importance of political will is a microcosm of the larger issues with the world’s political response to climate change. Those issues involve a number of deeply important and entrenched players in our political system, but they potently affect everyone.

Yet, there are clear solutions that can be realized— if society musters up the political will. Top professors, CEOs and analysts aren’t the only people whose perspectives can influence our institutions, after all.

The decommission of the Diablo Canyon Power Plant isn’t an ill-founded move. But whether or not California chooses to delay the plant’s closure, the reality of our state’s renewable energy infrastructure is the same— California is not doing enough to secure a carbon-free future.