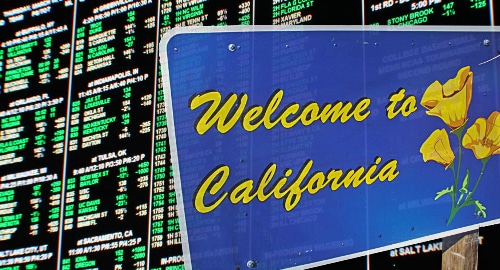 The Debate Over Legalization of Sports Betting in California

As Rams Defensive Tackle Aaron Donald came barreling through the line, Bengals Quarterback Joe Burrow threw a desperation heave to a receiver near the first down marker. The pass fell short, and the Los Angeles Rams won Super Bowl LVI.

No, this is not a sports article. However, that pass might mark the end of an era in American political and sports history. It will probably be the last Super Bowl to be played in a state without legalized sports betting. The next three Super Bowls will be played in Arizona, Nevada, and Louisiana, respectively. All three states have passed state laws to legalize sports betting.

In 2018, the Supreme Court rendered its decision in NCAA v. Murphy. The case struck down the Professional and Amateur Sports Protection Act (PASPA), a federal law that prevented individual states from legalizing sports gambling. The Supreme Court cited the anti-commandeering doctrine, a legal precedent preventing the federal government from forcing states to enforce federal laws, and held that PAPSA violated the 10th Amendment. The decision opened the door for state legalization of sports gambling.

States have rushed to legalize sports gambling. Since Murphy, 30 states, eager to capitalize on the revenue stream that sports betting offers, have passed laws or amended their state constitutions to legalize sports betting. On top of that, the legalization of sports gambling has remained relatively apolitical with neither major political party taking a national stance on the issue – giving state legislators the political flexibility to vote in support of legalization.

This November, Californians will have the opportunity to legalize sports betting in the Golden State. Many propositions have been proposed, but two leading candidates, each supported by different interest groups, are likely to qualify for the ballot this November.

A coalition of Native American tribes have proposed the California Tribal Government Mobile and Retail Sports Betting Initiative. This proposition would only permit sports gambling on native land; even online servers would have to be located on tribal reservations. The prop would extend the virtual monopoly on gambling that Native American tribes have had in California for nearly 50 years. Since the 1987 Supreme Court decision California v. Cabazon Mission Band of Indians, which held that state regulations on gambling do not implicate reservation land, the Indian gambling industry has grown exponentially. The California Nations Indian Gaming Associations estimates the industry employs 63,000 people and generates $400 million in tax revenue each year. The industry has lifted many native people out of poverty; research even suggests that casino openings in tribal communities are correlated with an increase in income and a decrease in childhood obesity. The tribes now want to extend their prosperity into sports betting.

Draft Kings, Fanduel, and other mega sports betting corporations have raised almost $100 million to promote their own bill, titled the California Legalize Sports Betting and Revenue and Homeless Prevention Fund Initiative. This bill would levy a 10% tax on sports betting transactions, most of which would go to fighting homelessness in California. Tribes have already begun to run ads to encourage Californians to vote against the proposition.

Opponents of the legalization of sports betting in California contend that increased sports gambling will lead to higher rates of gambling addiction. About 1% of the adult population in the United States has a severe gambling problem, and individuals with genetic predisposition to addictive behaviors are more likely to become addicted to sports gambling. However, proponents of legalization assert that legalization can destigmatize gambling addiction and encourage addicts to seek treatment as well as provide a regulatory framework to prevent minors from participating in sports gambling (something that happens frequently on the black market).

Marijuana and Sports Betting – one in the same?

Supporters also draw comparisons to the debate over marijuana legalization that dominated California politics for decades until 2016 when Proposition 64 legalized recreational marijuana usage in California. Both sports betting and marijuana usage will exist with or without legalization, so why should California not extract some tax revenue from the industry? In 2020, the state of California received over $1 billion dollars in state taxes from the marijuana industry – legalization of sports betting would be a $30 billion a year market that could generate $300 million in state taxes annually. Moreover, the current state of illegality often leads to riskier behavior, such as betting with a fraudulent online sports gambling site or buying marijuana from a shady dealer. Additionally, while marijuana usage and sports gambling can lead to harmful addiction, the vast majority of individuals who smoke weed and participate in sports betting do so to have some fun with friends and enjoy their time off.

The legalization of sports betting in California raises questions about the extent of direct democracy in California. California has a storied history of direct democracy, from prohibiting affirmative action, imposing term limits on state legislators, and banning gay marriage (later ruled unconstitutional in Obergefell). Proponents of direct ballot initiatives contend that they give every California citizen a direct say on policy issues – an important component of a healthy democracy.

Critics insist that propositions and other forms of direct democracy, such as the recent Gubernatorial recall election, can be costly to administer and confusing to voters. Even the most engaged citizens can be understandably confused about the language of a proposition on the ballot. In fact, sometimes the crafters of the proposition make the language intentionally hard to decipher. Direct ballot initiatives also don’t allow for traditional legislative compromise to occur; they often impose the will of the majority without addressing the concerns of minority groups. Conversations about direct democracy are centered around a fundamental question: who should craft policy in California? Can elected state legislators, who presumably have more time to fully comprehend issues and represent a diverse set of communities, effectively represent the will of the people? Or are state representatives untowardly influenced by lobbyists that prevent them from honestly advocating for the interests of Californians?

California voters always have a lot to consider on election day. Besides selecting which candidates to elect, voters always face a litany of propositions to consider. This November, the fate of sports gambling will rest in the hands of California voters. Even if California voters support legalization, they will have to decide between propositions that would give Native Americans the sole exclusive right to administer sports gambling or expand the industry to betting corporations. Next February, Californians might be able to walk into a casino in California, place their bets on Super Bowl 57, and head home to watch the game with friends. It may be quite unremarkable, without as much fanfare as a political protest or rally. But it will be a political act all the same, a constant reminder that our seemingly mundane daily activities have a complex political dimension.