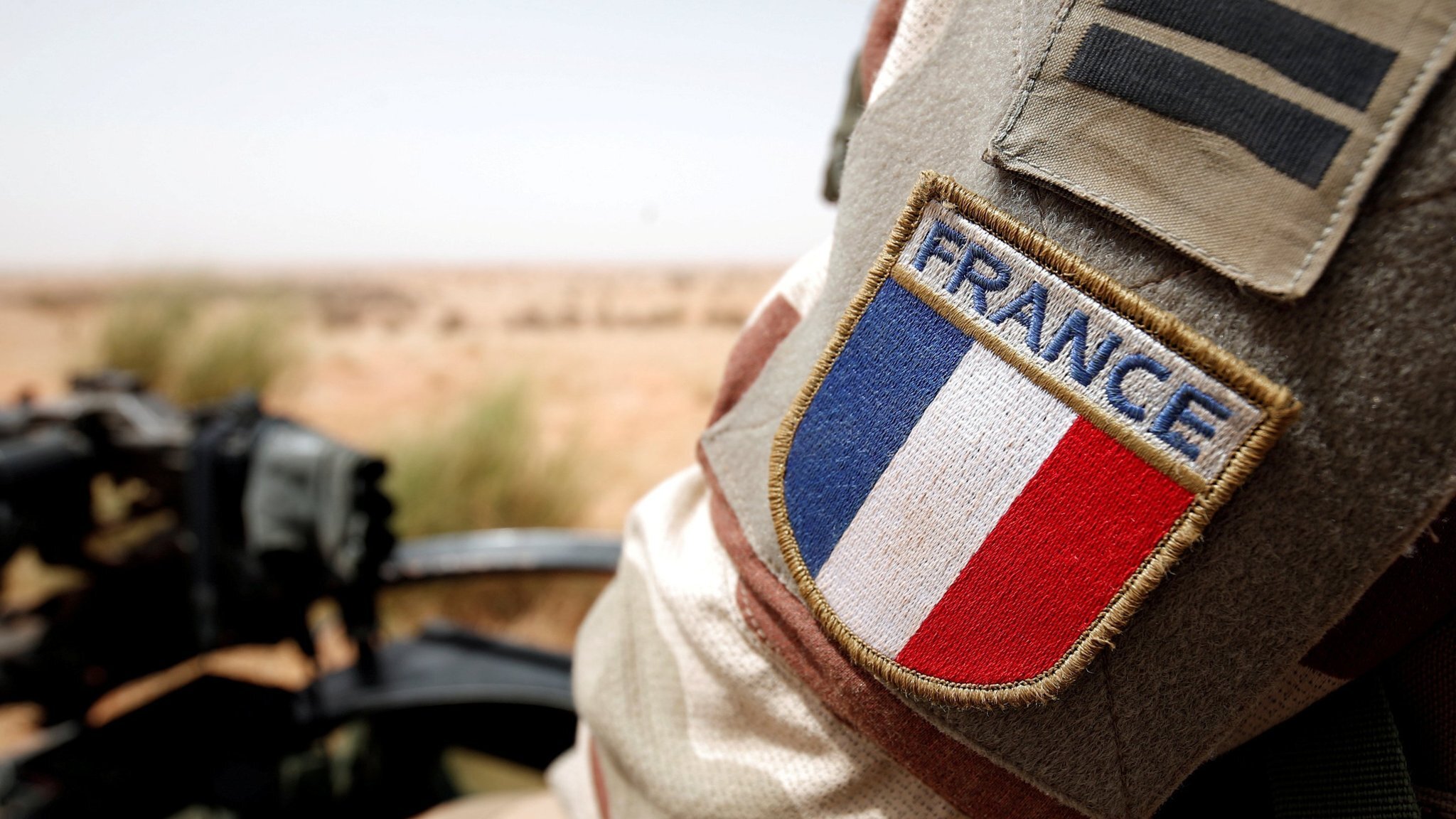 One Day In January

Early Sunday, January 23, 2022, intense gunfire was heard outside of military bases and Burkina Faso’s presidential palace in Ouagadougou. Mutinous troops demanded the dismissal of their country’s military chiefs and more significant resources to fight the Islamist insurgency, which killed 2000 and displaced over 1.5 million in recent years. On January 24th, an army officer acting as spokesmen for the “Patriotic Movement for Safeguard and Restoration” read a prepared statement signed by Lt-Col Paul-Henri Sandaogo Damibaon, their leader on state television. The group announced that they had seized power from the civilian government led by President Roch Kaboré. The mutineers disbanded Burkina Faso’s parliament, suspended its constitution and detained their country’s civilian leadership. While cheered by hundreds in the streets of Ouagadougou, the coup d’etat elicited strong condemnation throughout the West African and western capitals alike. The African Union (AU) and the Economic Community of West African States (ECOWAS) swiftly suspended Burkina Faso’s membership. The establishment of a military junta in Burkina Faso is not an isolated incident. The events of this January are part of a deterioration of security in the Western Sahel region, which has been afflicted with an increasingly dangerous Islamist insurgency.

The Sahel, a semi-arid topographical region between the Sahara Desert and the Sudanese Savannah, stretches across the African continent from the Atlantic Ocean to the Red Sea. The Western Sahel is a region that encompasses portions of Senegal, Mauritania, Mali, Burkina Faso, Niger, Chad and parts of Northern Nigeria. With the exception of Nigeria (a former British Colony), the Sahel region has primarily remained within France’s sphere of influence since decolonization. Over the past 18 months, five successful coup d’état’s have occurred in four Western Sahel nations. In Mali (twice), Guinea, Burkina Faso and Chad militaries have seized power from civilian governments. These seizures of power have thus far enjoyed high levels of domestic support and have occurred amidst continued failures to quell the region’s escalating Islamist insurgency. The continuity of the French-led counter-terrorism mission in the region, which began in 2013, has been questioned as tensions between new military governments, France and its European allies have escalated. Strained diplomatic relations with the Malian Junta came to a head with the February 17th announcement that France and its European allies would withdraw from Mali. Worse still, the Western Sahel is one of the world’s most vulnerable regions to climate change, which has already significantly exacerbated contributing factors to the conflict.

All the Colonel’s Men

While Jihadist groups have been operating in the Western Sahel since the Algerian Civil War (1991-2002), the origin of the current Sahalian insurgency is linked to the overthrow of Muammar Gaddafi’s Regime in 2011. Upon Muammar Qadaffi’s overthrow, one of the world’s largest arms stockpiles became unsecured and easily accessible. Malian Tuareg (a historically persecuted Berber-speaking ethnic group indigenous to the middle and western Sahara Desert) mercenaries formerly employed by Qadaffi returned to their homeland in northern Mali carrying substantial stocks of looted weaponry. The National Movement for the Liberation of Azawad (MNLA), a Tuareg separatist group with the support of Ansar Dine (a Malian Islamist group that sought to impose sharia law in Mali), the Movement for Unity and Jihad in West Africa (MUJAO, originally an offshoot of the regional Al Qaeda franchise) and Al Qaeda in the Islamic Maghreb (AQIM) rapidly overran northern Mali in early 2012. In March of that year, Mali’s civilian government’s ineffective response to the rebel advance led to a military coup, further destabilizing the country. The MNLA quickly came into conflict with their Islamist allies, who soon turned on them, seizing most of northern Mali for themselves by the fall before advancing further south. The advance of Islamist militants to within 48 hours of Bamako, Mali’s capital, on January 10th, 2013 elicited French intervention at the behest of regional governments.

France intervened to halt the Islamist advance and retake northern Mali (Operation Serval) on January 11th, 2013. Thousands of French troops were transported to Mali within days by land, sea and air. The rapid movement of troops, vehicles and equipment was aided by substantial support from NATO allies, who provided 75% of the required airlift. France gained the cooperation of regional (Chad and Niger) and local allies (Malian Army, local Tuareg groups and the MNLA) while fighting a war of maneuver. The French-led coalition retook most of northern Mali, including the critical administrative centers of Gao and Timbuktu, from militant control by the end of January. French forces further pursued insurgents in the northern regions and negotiated a ceasefire between the Malian government and the MNLA, facilitating national elections within months.

After repulsing the advance of Jihadists in Mali, France solidified its long-term commitment to the region. Operation Barkhane (August 2014) began as a continuation of Serval to support and coordinate the counter-terrorism efforts of the G5 Sahel countries (Burkina Faso, Chad, Mali, Mauritania and Niger). While significant quantities of military aid, training and support have been directed towards the region by France, the EU and the United States, militants rapidly reconstituted themselves, expanding the geographic reach of their operations across the region and the scope of their attacks. In spite of international efforts, the reach and capability of militant groups have only grown. Countries previously considered beacons of stability like Burkina Faso, have struggled to cope with the deteriorating security situation and large numbers of internally displaced persons. The killings of high-profile jihadist leaders in special forces raids or airstrikes belie the critical role that local and ethnic grievances play in the conflict. Notably, both the Islamic State in the Greater Sahara (ISGS) and the Al Qaeda affiliated alliance Jama’at Nasr al-Islam wal Muslimin (JNIM) were formed from “pre-existing, predominantly local militant groups.” The inability of Sahelian governments to assert authority over rural areas, the decentralization of jihadist groups, intensifying farmer-pastoralist conflicts along with demographic and ecological pressures, have contributed to the tenacity of Islamist millitant groups.

The Spectre of Climate Change

Climate and demographic variables are critical to understanding the persistence and intensity of the Western Sahalian insurgency. The Western Sahel is among the world’s most vulnerable regions to climate change, and is “most likely the region with the largest number of people disproportionately affected by global warming.” Variable rainfall and rising temperatures at 1.5 times the global average have resulted in land degradation and financial instability to the majority of people who rely on agriculture, pastoralism and fishing in the region.

Land use conflicts between farmers and pastoralists are a crucial but often overlooked contributor to conflict in the Western Sahel. The G5 states have some of the world’s youngest populations and highest rates of population growth, which places substantial pressure on already strained natural and government resources. According to Ricardo René Larémont of Binghamton University “Struggles over land between pastoralists and farmers lie at the heart of the conflict” in the Western Sahel region. Pastoralists and farmers clash over a decreasing amount of arable land necessary for both grazing and farming. Jihadists have aligned themselves with the pastoralists, with whom they often share ethnic and family ties. Using “bottom-up” coalition-building has allowed militants to portray themselves as protectors of communal and ethnic interests.

The inability of the G5 governments and France to address local, communal and economic concerns is critical to understanding the ongoing deterioration of security in the region. Civilian-led G5 governments have proved incapable of providing security in substantial portions of their states and unwilling to include rural pastoralists in the political process. This has precipitated significant tensions between France and G5 governments, who have been under increasing pressure from their populace and militaries. The inability of governments in Mali, Burkina Faso and elsewhere to provide security, perceptions of corruption and perceived subservience to France (the region’s former colonial power) have contributed to popular discontent among military officers, precipitating overthrows of civilian governments. Concerns that the further destabilization of the region could precipitate spillover into coastal West Africa and a potential migrant crisis have loomed large in the strategic calculus of policymakers, as the French-led coalition continues to operate with Mali’s absence. However, under the present circumstances, a population-centric effort equivalent to the Iraq War era Sunni Awakening may be required to turn the tide against Islamist insurgents.