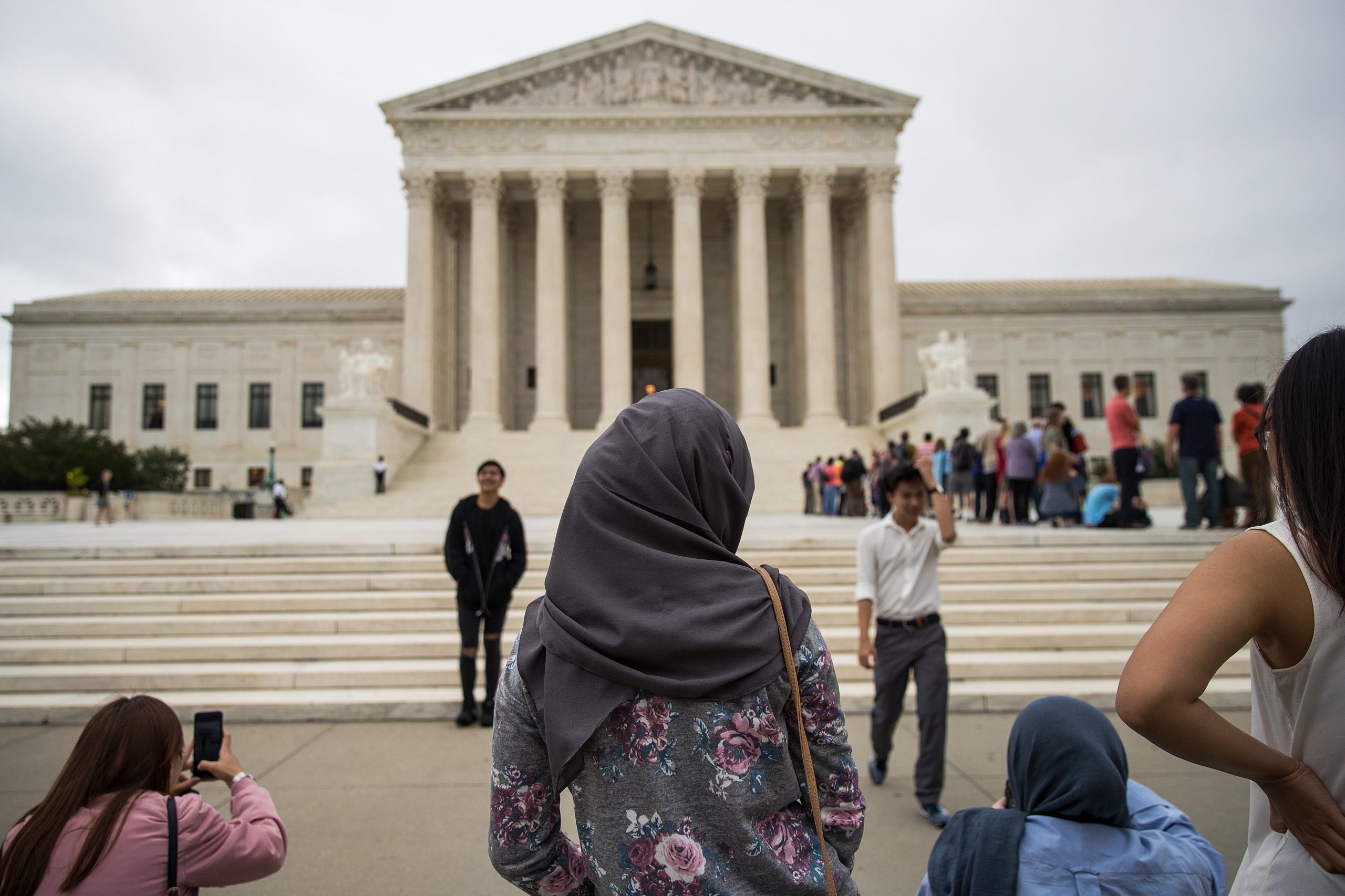 “Can you be spied on because of where you worship?”

Hussam Ayoush is the executive director of the Los Angeles chapter of the Council on American-Islamic Relations. His organization is backing an intense Supreme Court religious discrimination lawsuit against the FBI for invasive surveillance of Muslim communities in Southern California that occured between the years 2006 and 2007.

At the Islamic Center of Irvine in 2006, Craig Monteilh presented himself as a formerly troubled personal fitness trainer interested in the Islamic faith. He soon joined the mosque and converted publicly, becoming intertwined in the lives of those around him. Community members invited him into their homes to meet family and friends, pray together, eat together, and enjoy friendly leisure activities. When Monteilh began speaking of using the Quran to justify violence, his fellow attendees attempted to correct his views with Islamic teachings. Growing suspicious, those close to Monteilh eventually reported him to the FBI out of fears that something sinister might happen. Later, attendees of the mosque discovered that Monteilh himself was actually an FBI informant, funneling information and hours of recordings from his interactions with members to government intelligence. Monteilh had brought recording instruments to almost every community activity, a camera hidden in his shirt button, even going so far as to “lose” a set of keys with an audio device that were stored in an office lost-and-found where private, therapeutic conversations with imams took place. He was paid $177,000 dollars by the FBI for his time spent infiltrating twelve Southern California mosques. The more early morning prayers he agreed to attend, the more cash the government sent his way.

Even after assuring the center’s community members at a town hall that they would not be monitored, the FBI continued with the deception. Ayoush’s organization is now suing the FBI for invasion and recording of private religious activities, an act barred by federal law as well as by the principles of the First Amendment – freedom of religion without persecution.

The Islamic Center’s lawsuit was put on hold in 2011 when the FBI invoked “state secrets privilege,” claiming that a public trial for the lawsuit would reveal classified information putting confidential domestic affairs and national security at risk. After a federal court sided with the FBI, a panel of judges overturned that decision, but the FBI holds that the disclosure of such private information could compromise its ability to protect the nation. It appears, however, that the FBI did not consider information protected by law when it covertly recorded confidential consultations with religious leaders. It did not consider privacy an issue when they trespassed into the homes of dozens of community members and their families. It did not value ethical protections when it lied to the faces of Muslim leaders who were working to strengthen their relations with the U.S. government, whose trust it had gained, and claimed to not be systematically monitoring an entire community.

This is far from the first time U.S. intelligence agencies have been caught blurring the boundaries of surveillance law. Muslim Americans, in particular, are time and time again the predominant victims of unconstitutional eavesdropping.

A 2018 study from CSU Long Beach reported that research on 113 cases of FBI contact with Muslims demonstrated alarming patterns in the way they were historically approached for surveillance. “Every day, normal behavior becomes suspicious only when practiced by U.S. Muslims,” writes Alimahomed-Wilson, suggesting that Muslims are more likely targeted for who they are, rather than what it is that they are doing.

At predominantly white, Christian churches, strong bonds between the members of a congregation might demonstrate “community-building” or virtuous friendship – but for American mosques studied by the FBI, devout community ties suddenly become indicators of potentially violent groups. Muslim-Americans, the FBI implicates, might be planning something more violent than their outwardly reverent religious ideals and practices suggest. It is assumed to be the Muslim, and not the Evangelical fundamentalist, whose views rooted in tradition are destroying American liberty. Hate crimes against Muslim Americans rose 1617% in the year after 9/11 for their falsely perceived militant ties to the Middle East. Seventy-two percent of Republicans believe that Islam is more likely than other religions to encourage violence among its members. Yet, reality could not be further from the truth: white supremacists and right wing extremists remain by far the largest perpeutators of domestic terrorism in the United States.

In 2012, the ACLU reported on FBI records that indicated the government had illegally surveilled and recorded information on the religious activities of Muslims in the Bay Area. Even more strange, the FBI made contact with Bay Area Muslims under the guise of “community outreach,” creating the illusion that the Bureau wanted to strengthen positive relations with such groups while actually using it as a cover for operative research. This kind of political swindling intends to mislead vulnerable groups with little justification, and it’s occurring nationwide.

In 2021, Muslim-American Mohamed Bahe described to PBS the kind of fear that undercover informants can inspire in a community, like the time his mosque discovered that an attendee had been a paid informant for the NYPD. “A lot of our members were completely traumatized and disappeared, they were not even returning our phone calls because they were so scared, and I think it destroyed their morale, it destroyed everything they ever believed in, because that was one of our hopes — to give a positive image of our religion,” Bahe describes of the incident.

At the Islamic Center of Irvine, congregates who remember the 2006 undercover operative recall his eventually outspoken desire to “carry out a terrorist attack in this country” and “bomb something.” This radical, skewed view of jihad, or the struggles one faces in Islam, has taken only a small fraction of Islamic misinterpreters to extreme lengths. Like Bahe notes, it seems ironic that the FBI hires actors who perpetuate drastically inaccurate stereotypes about a religion whose core morale is peaceful. In 2016, a letter surfaced from the FBI describing a plan to implement “Shared Responsibility Committees” in communities –  voluntary groups that would help “fight Islamic radicalization” while communicating information to intelligence officials. Critics of the program worried that it would stigmatize Muslim youth as they planned to implement committees in schools and programs across the nation, amplifying discrimination against ordinary civilians.

Many of the FBI’s misperceptions about Islam are inspired by post-9/11 fears that gripped the U.S. and its national legislature. The installment of The Patriot Act was a response to domestic tragedy that gives almost unlimited power to the federal government for the purposes of counter-terrorism investigations. Official government websites that describe The Patriot Act do so in vague terms, stating that its purpose is to “deter and punish terrorist acts in the United States and around the world.” The Patriot Act amends the Foreign Intelligence Surveillance Act allowing the federal government to surveil any communications for which “national security is a purpose” without any factual predicate – that is, the federal government in the U.S. has almost full-blown permission to listen in on its own citizens without much reason. The statutes are written and published, but they are confusing enough for the public to ignore.

Who reprimands the FBI for stepping out of line? Congress, presidential administrations, or the FBI’s Director of National Intelligence look largely absent for more than one count of warrantless surveillance. There were several points during the FBI’s multi-year operation at the Islamic Center of Irvine where ethical or practical considerations might have been made by organizational oversight, yet none were.

It is a fearful, Orwellian world in which we reduce espionage to profiling. Although the FBI is “committed to transparency,” it has not yet addressed claims of religious bias or revealed further context for the covert surveillance – other than that a terrorist did once walk through the doors of one Southern California mosque, but had since left the organization without a trace of community ties. 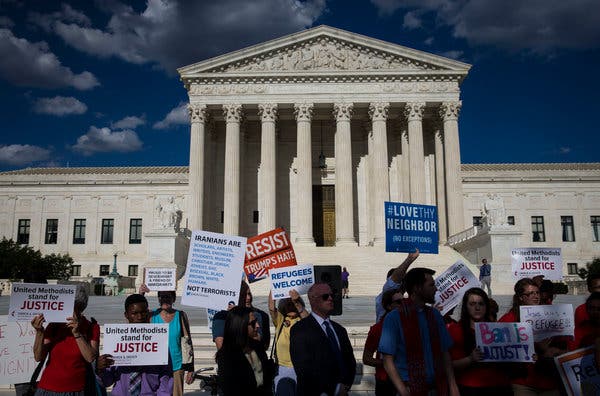 The FBI’s Islamophobic behavior has not only been limited to the external affairs of the organization. Former FBI analyst Said Barodi was fired from an “overwhelmingly white bureau” a year after the election of Donald Trump, which Barodi says has inspired stronger anti-Muslim and anti-Arab sentiments throughout the federal government. Trump’s “Muslim ban,” barring the citizens of seven Muslim-majority countries from entering the U.S., continues to have lasting effects on the cultural attitudes of Americans and the alienation of Muslims in American society.

Islam remains the second largest religion in the world, and the third largest in the United States. Southern California alone is home to half-a-million individuals of the Islamic faith. Almost twenty-five percent of the total global population are practicing Muslims, accounting for over 1.9 billion human beings. Targeted surveillance of such a large community does not seem practical, nor does it appear to glean much information. Surveillance like the operation conducted on Irvine’s Islamic Center “failed to produce any public evidence of wrongdoing,” despite the extent of its violations. This kind of observation is costly, using taxpayer dollars, wasting Bureau employees’ time, and prying into the intimate lives of regular American citizens who eventually lose trust in their government because of it.

So why hasn’t the FBI developed a more cost effective, sane way to find and fight domestic terrorists? The most esteemed intelligence agency in the United States has resorted to the purposeful, deliberate, and prejudiced targeting of an entire race. With domestic threats to democracy from several other political hazards on the rise, it appears that broadly targeting citizens because of their religion may not be the most logical route to counterterrorism efforts.

The court’s opinion will be handed down in June.

Olivia is a staff writer for the U.S. Section and a third-year political science major at UC Berkeley. Topics of interest include art and performance media, criminal justice reform, constitutional law & privacy, and the War on Drugs. oliviagonzales@berkeley.edu