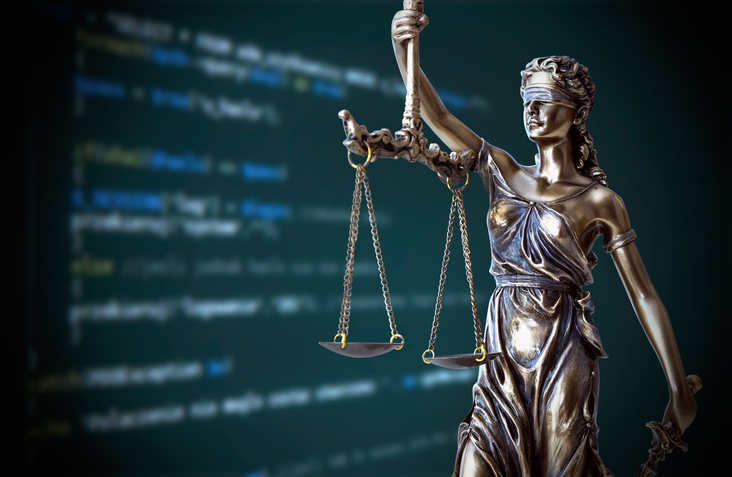 Open Source Investigations: Legal Accountability and Ethical Labyrinths in the Dawn of a New Era of International Justice

On January 19, 2022, the New York Times released an article analyzing declassified surveillance footage of a tragically miscalculated US drone strike in Kabul, Afghanistan from August 29, 2021. The grainy video footage captured by a heat-detection camera was obtained through a Freedom of Information Act lawsuit against the US Central Command and exhibited graphic civilian casualties. The drone strike resulted in the death of ten innocent people, including seven children, sparking contentious dialogue about the rules of war, military proportionality and the intersection of technology with international human rights law.

With drone warfare and other technological military advancements on the rise, the international community faces a new behemoth to slay in the human rights sphere. However, surprisingly, the problem has also become the solution. The exposé of human rights atrocities and indiscriminate military violence has been accelerated through the expansion of digital information. As Michelle Bachelet, current UN High Commissioner for Human Rights described in 2019, digital technology helps us to “empower, inform, and investigate.” Through the use of Open Source Information, technology has transformed how the international community can investigate human rights abuses and work towards prosecuting perpetrators of heinous acts with the help of ‘citizen internet sleuths.’

“It’s a burgeoning field looking at ways that digital online content can be useful for strengthening the evidentiary foundations of international cases,” said Alexa Koenig, co-founder of the UC Berkeley Human Rights Center Investigations Lab and member of the Coordinating Committee for the Berkeley Protocol.

Open Source Information (OSINT) is easily and legally available information to the public via the internet and is increasingly being collected and analyzed to uncover human rights violations, holding governments accountable for their actions abroad and at home. OSINT includes encrypted communications, social media content, satellite imagery, news media, data streams and online public records. Both globalization and the spread of technology have inadvertently helped to democratize the global flow of information, exposing perpetrators of international human rights violations in its path.

Whether it’s the examination of hours of social media footage to decipher the murder of Colombian Protestor Lucas Villa, the unearthing of hidden Pentagon reports on mass civilian casualties in Iraq and Syria, or the use of public records to investigate European responsibility in the provision of weapons to a Saudi-led air campaign in Yemen, publicly accessible information has powerful potential. However, while OSINT is transforming global justice, its legal application in international tribunals and courts for human rights remains controversial.

In August 2017, the ICC issued an arrest warrant against Mahmoud Al-Werfalli, an alleged commander of the Al-Saiqa Brigade in Libya accused of 33 murders in Benghazi. The warrant cites video material and social media posts documenting the murder of civilians. This new methodology of pursuing justice through technology and law has also translated into courtrooms as a bridge for the gap between testimony and physical evidence. OSINT can supplement witness testimony in the dangerous, messy investigation of mass atrocities and rights violations where testifying is daunting. Particularly as witnesses receive threats and feel the weight of the international eye, new information technologies can overcome these barriers to effective legal prosecution.

Furthermore, the international human rights framework relies on member state self-reporting to measure compliance with rules and frequently succumbs to deceit and evasion. OSINT is an untapped powerful resource that could increase the effectiveness of human rights monitoring and investigations through civilian efforts to hold their governments accountable.

Alexa Koenig highlighted an important question in her work: “are we ensuring that a broader array of voices and perspectives are being recognized by the international global community?”

However, the legal use of OSINT has its caveats, as its evidentiary value and power are challenged at higher levels. With no overarching international standard for OSINT evidence in court, its use in international tribunals and legal mechanisms has a high admissibility threshold. Its largest hurdles are reliability and authenticity. The ICC has developed stringent rules for admission outlined in the Rome Statute and Rules of Procedure and Evidence. Open Source digital evidence has to pass a series of tests—“relevance, probative value, and absence of prejudicial effect.” OSINT goes through an arduous authentication process with the priority being objectivity and the truth. Its susceptibility to manipulation raises substantial concerns. The legal system itself hinders progress in this field, with an international stigma against online sources, skepticism of its authenticity and an absence of training and knowledge of open source evidence. With judges being propelled into a new evidentiary field that is completely alien to them, many have to adapt to the new digital legal landscape.

“Most of us were trained in an earlier era when digital technologies were not as prolific as they are today, but because so much activity is happening in digital spaces, we’re missing a big portion of what’s happening around the world if we’re not looking there” – Alexa Koenig

OSINT similarly faces important ethical considerations. Four particularly difficult ethical gray areas are: (1) the origin of sources, (2) the sensitivity of information and its use, (3) possible algorithmic bias in cleaning and analysis and (4) public consumption of graphic content. The speed with which OSINT exposes abuses is also a weakness, as it is liable to blunders and bias. Inaccurate “vigilante-style justice and doxxing of innocent individuals” threaten the veracity of human rights investigations.

In the aftermath of the Boston Marathon Bombing, Reddit users were quick to condemn potential suspects, including the wrongfully accused 22-year-old Sunil Tripathi. This case of ‘mistaken identity’ had devastating consequences for Tripathi’s family, who had already been anxiously awaiting the return of their missing son. Ascertaining the reliability of OSINT is crucial to avoiding the unintentional mischaracterization of innocent individuals as perpetrators of heinous crimes.

Similarly, open-source investigators must comb through a needle in a haystack to find relevant evidence. This can include sifting through hours of video footage to find a 30-second clip. With a growing information ecosystem and many ‘citizen justice-defenders lacking OSINT training or experience with war crimes investigations, the potential for unreliable work has been exacerbated. The dynamic digital environment is susceptible to manipulation, disinformation and sloppy work.

However, OSINT doesn’t have to be a fleeting, ineffective, amateur human rights mechanism. As a legal tool, it must prioritize trust, integrity and dignity. The Berkeley Protocol on Digital Open Source Investigations attempts to address its ethical concerns. Created by the UC Berkeley Human Rights Center and OHCHR, the Berkeley Protocol creates overarching principles for open-source investigations in the pursuit of justice and accountability. It espouses competency, objectivity, accuracy and security. This includes appropriate training, heightened awareness of bias, hypothesis testing, peer review, measures to prioritize technical security and paying attention to the psychosocial impacts of upsetting imagery and graphic content. According to Koenig, a contributor to the Berkeley Protocol and co-founder of the Berkeley Investigations Lab, the question becomes, “how can we ensure that our work has the quality and rigor that it requires to really hold up to strict scrutiny by opposing groups?”

In an “arms race for control of information,” as Koenig puts it, it is essential that we are aware of our susceptibility to manipulation online, so tools like reverse image searching and analyzing document metadata are crucial to verifying the reliability of sources.

The large volume of open-source information and its wide accessibility has created a vast digital landscape and unprecedented levels of documentation. Although OSINT is not without its flaws, it is bringing in a new era of legal documentary evidence and potential for human rights justice. Despite ethical limitations and reliability concerns, the international human rights community is growing to accept this new interdisciplinary instrument, as its presence in the cyber-world is frankly unavoidable. Technology and law, in harmony, are looking like the future of human rights, in a new generation of citizen engagement, global cooperation and international accountability.