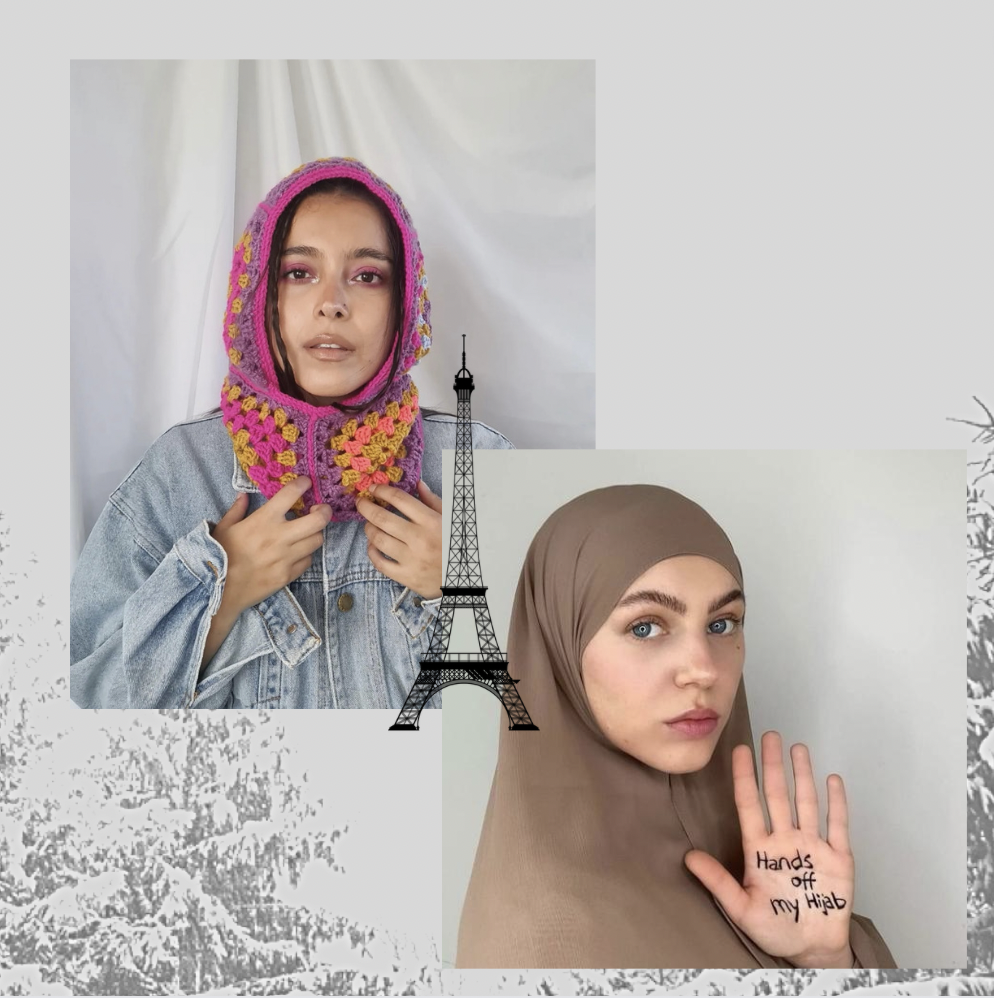 The Irony of the Balaclava

As we start our roaring 20s wearing face masks and getting vaccinated, it makes sense that companies are scrambling to meet their consumers’ needs. On top of the pandemic, climate change has been causing record-breaking cold temperature changes worldwide. Enter the balaclava—France’s newest fashion trend. As Paris continues its fashion week, viewers can expect to see plenty of these crocheted headpieces on the runway. And it’s not just on the runway. Many celebrities have been rocking this new look, from Rihanna, to Justin Bieber, to, controversially, Kim Kardashian at the Met Gala.

In most designs, the balaclava is a knitted headwear that covers your head, neck, shoulders, and face. This iconic headwear originated in the winter of 1854 during the Crimean war. As the cold began to affect the British troops, people back home started knitting all types of items to keep them warm, including this new item.

However, the new look has become a heated topic of conversation within Muslim communities. This trend started in Paris, France, which is home to  some of the world’s strictest laws barring Muslim women from wearing their religious headwear, or a hijab. These laws include but are not limited to:

Laws restricting Islamic dress have been passed every few years since 2010 (excluding the 2004 ban, which prohibited symbols of religion in school spaces), usually right as election campaigns begin. In France, Muslim freedom of expression has become a political bargaining tool, as xenophobia and Islamophobia in Europe rise. This targeted attack towards the Muslim population can be dated back to when France colonized most of North Africa and the Middle East in the late 19th century. Like many colonial states, the French empire forced the Muslim populations to assimilate by banning the Arabic language in public spaces and holding re-education camps. Most common, however, was a target of the hijab—the same attack used two centuries later. Given the rhetoric of the French government, it’s clear that  France’s Islamophobic laws are a modern way to assimilate the current Muslim population.

When asking fellow UC Berkeley hijabi students about the French laws and the new balaclava trend, one student’s response stood out. Sarah Siddiqui replied, “On February 1, which is World Hijab Day, Vogue France published an image of American actress Julia Fox wearing a headscarf, in which the caption read ‘Yes to the headscarf!’ France has released the Anti Separatism Bill, which outlaws the hijab, but at the same time it commends celebrities for wearing the headscarf for the sake of fashion.”

So why is this such a big  deal? Many Muslim women consider the hijab a part of their Muslim identity and a sign of their commitment to God. It’s similar to how many Christians wear or tattoo crosses on themselves. The French often counter this argument by mentioning the law of 1905, where secularism was established. Yet, France still shows preference towards Christian and Catholic traditions by celebrating their national holidays and allowing some visible religious ornaments. Alsace, France has an exception to the federal secularism law that allows a local church-state government. Christian French citizens are often prioritized over Muslim citizens. In a quote from the LA Times, Yasser Loutai, a spokesman for Collective Against Islamophobia in France, says “Muslims or people perceived as such do not have equal access to education, jobs, housing or even healthcare.” Having to defend their right to religious expression constantly is agonizing for Muslims, especially as countries that advocate for freedom of religious expression and democracy continue to attack Muslim expression.

Although Western countries continue to oppress minority groups, they enjoy benefiting from artifacts integral to a minority culture. One notable example would be the rise of using Muslim prayer rugs for decorative purposes in many households. Muslims pray five times a day, so prayer rugs signify a dedicated place for Muslims to pray. Yet, many Muslims are afraid to pull it out in front of their colleagues (to pray at work or an event) as they might risk attacks from Islamophobic bystanders. Nonetheless, many non-Muslims have embraced prayer rugs as doormats or a common household item. This is highly offensive as Muslims use prayer rugs to “provide a protective layer between the worshiper and the ground, protecting the clothing from anything on ground that is polluting.” Furthermore, Western abuse towards minority groups includes incorporating African braids into their thin straight hair, wearing Desi clothing without understanding its background, or tattooing Japanese sayings for the ‘aesthetic’.

It isn’t surprising that Europeans incorporate items from the very communities they marginalize, considering Europe’s colonial past, specifically in France, which is the reason why France has the largest Muslim population of any European nation. Colonial traditions also reference a long history of how Muslim women were only respected if they adhered to Western traditions. For example, Orientalist paintings often paint Muslim women as sexual, mysterious creatures from Eastern civilizations or depict them as oppressed members of brutal harems. What the West fails to comprehend is why Muslim women wear their hijab. Western media believes that women cover themselves to hide their bodies, hence their sexual appeal. Yet Muslim women wear the hijab as a commitment to God, much like how nuns cover themselves as a form of devotion.

When the balaclava re-emerged as a fashion trend, it’s easy to see why some Muslims might be offended. Wearing the hijab has always cast a target towards the wearer, often a dangerous one. This past month, Hoda Al-Jamaa, a 17-year-old Muslim, was attacked due to her hijab. This irony has also been noticed by Bella Hadid, a famous fashion model and social media influencer, who, on February 17, 2022, posted a series of posts on Instagram highlighting the hypocrisy. A topical quote she referenced from Taqwa Bint Ali, Jean Paul Gaultiers’ first hijabi model, highlights this issue. “You know, at the root of it all, all of this is just much deeper than Islamophobia; it’s pure sexism and misogyny. No matter the country or the time, men always want to control what a woman does and wears.”

In the end, one can only hope that this new trend will help Muslim women combat Islamophobia. As people continue to talk about the balaclava as a celebrity look staple, it’s assumed that people will remember the hardships Muslim women face for essentially doing the same. Maybe this conversation will spark another movement targeted towards ending hijabi discrimination in one of the world’s strictest law bearers towards Islam—France, the host of the annual ironic Paris fashion weeks.