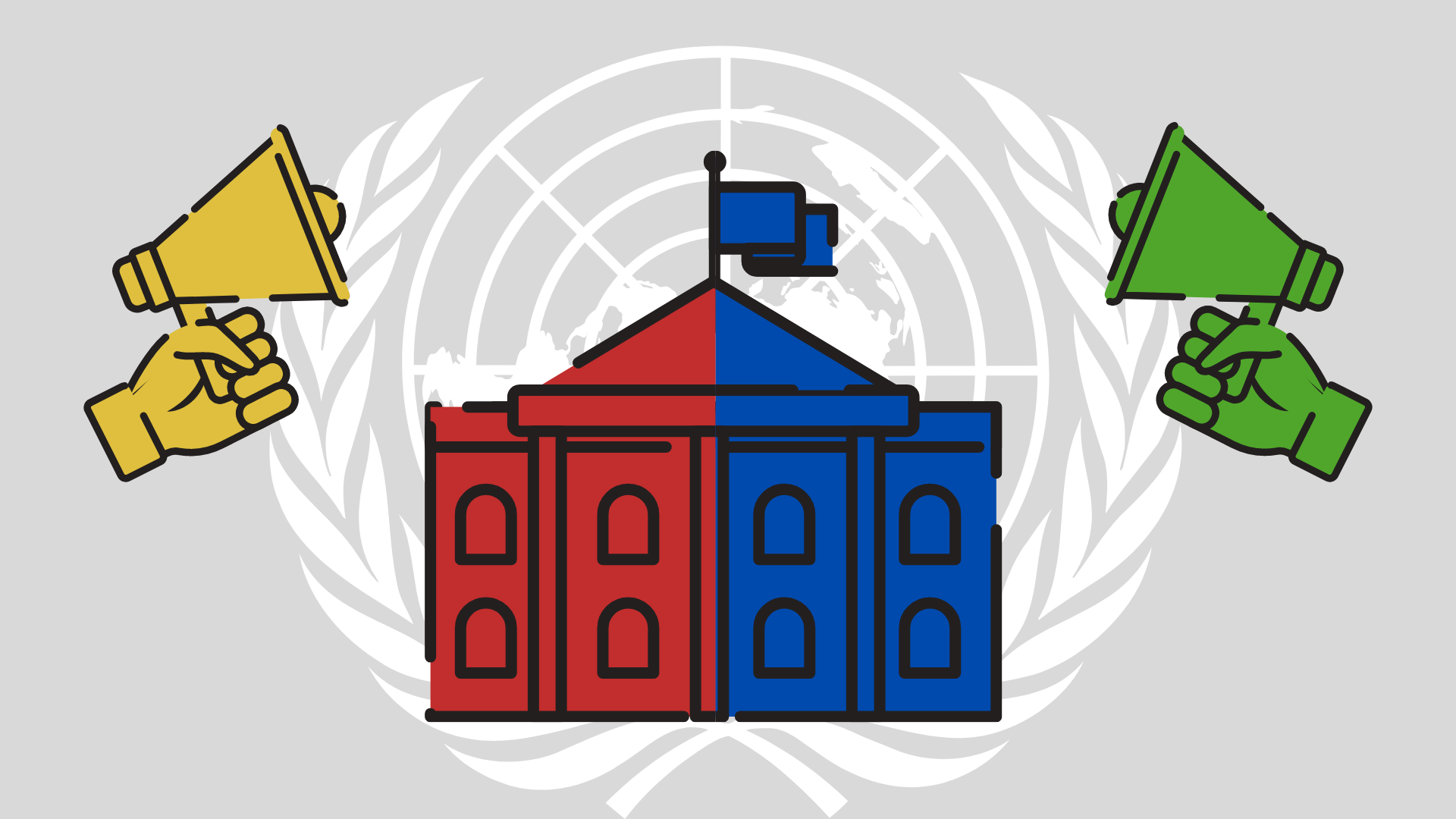 The Party Heuristics of Color

Back in November 2016, I was talking to a foreign family member about the results of the American election, when out of nowhere they exclaimed that Hillary Clinton won since the map was mostly red. Here I had to pause and do a double-take: Donald Trump had won, with the red Republican party. While they quickly understood their mistake, I wonder how much the heuristics of colors play a role in our understanding of politics, at least in “the West.” It turns out that the red, for them, was associated with communism or the more liberal parties, while in the United States red is unanimously associated with the conservative party.

Recently, as I remembered this conversation, I decided to set out exploring whether there were color trends across regions and ideologies. My original hypothesis was that it was cultural, and different countries even within the same region (e.g. Europe) would have different colors representing different ideologies. It turns out that the answer is a little more nuanced than that, with a mix of cultural trends and ideological themes. More importantly, it is interesting to see how the different colors used by parties are used to showcase different or similar messages and are associated with different emotions depending on the message conveyed.

How They Became Fixed

Before we delve into the meanings behind the color choices or the overall trends observed, let’s discuss why using fixed colors became so important in the first place. This article mainly focuses on Europe and the Americas, since these regions are more likely to have ideological party structures, rather than single-party states or patronage structures.

Colors have become more prominent in political party identification in the past few decades thanks to color television, and eventually the Internet. In the United States, for instance, party colors were interchangeable between red and blue. The 1976 election was one of the first ones to display color maps on television, with the Republican states as blue and the Democratic states as red. While this might seem incongruous to Americans today, the color choices were actually an homage to the Republicans and the Union during the Civil War, with blue as the color of the Union.

The United Kingdom had a similar trajectory, where party colors became more fixed with the advent of color TV, leading me to believe that this was far from being an isolated phenomenon. Indeed, this cements the impact of TV broadcasting on modern visual associations in the political sphere.

Ideologies also tend to have their own trends—and colors their own connotations. The colors most commonly used in the West seem to be red, blue, yellow, green.

Red is commonly associated with communism throughout the world, starting with the French Revolution all the way back to 1789. Red is the color of blood, as in blood spilled by the people as they fight for what they want; red is thus seen as a revolutionary color. Today, red is still widely associated with communism and the more liberal parties—one only has to look at the red USSR flag, or the Chinese flag, to see the connotation with communism, for better or worse.

Blue is oftentimes associated with the more conservative parties. It tends to be more connotated with loyalty, as well as law and order. Out of the 14 countries I randomly looked at from the Americas and Europe, ten of them had blue as the conservative party color, with four of them as liberal.

Out of the less common colors, yellow was definitely the one I least expected. Traditionally associated with liberalism, it is associated with free markets and gold, at least in the United States and Europe. Across the globe, it tends to have more variation, running from monarchies to center-left parties. Other colors are green, which tend to be more ecological, as well as black and brown which are very strongly associated with fascism.

Now, there are exceptions to every rule, and these are more common trends ideologically. As seen earlier, it is not recommended to generalize, however, colors are ways to signal to people the values they stand for. Interestingly, the exact shade of the color may or may not matter. In countries like the United States, which are essentially two-party states, the shade of blue or red would not matter since any blue would immediately be recognized as Democrat. In multi-party systems like France, however, a light blue, medium blue, and dark blue could mean the difference between center/center-right, conservatives, and far-right respectively. It is more likely that there is consistency in shading when there are more parties than there are colors.

In the same way that there are ideological trends, there are regional trends in color choices. Once again, this article has an overall focus on Europe and the Americas, since the party systems in these regions tend to be more ideologically based and have more in common with one another.

As mentioned in the previous section, blue is usually a color most associated with conservatives, whereas red is more of a leftist color. The diagram below takes the different national parties represented within the European Parliament as sorted in their respective “caucus” groups, which are themselves organized by ideology. We can clearly see the ideological trends seen earlier, with the liberal parties hovering around yellow, the left in red, the right in blue, and the “ecos” in, well, green. Note the slight difference in shading, for instance, the far-left tends to be a deeper shade of red than the center-left.

Now, there are a certain number of exceptions to this rule. For American readers, the most glaring would be the United States. The two most prevalent parties are the conservative Republicans, and the center-left Democrats. There, blue is very strongly associated with the Democratic party, whereas red is even more associated with Republicans. Once again, this seems to be more of a coincidence related to color TV than anything else. Another reason could be linked with the Red Scare movement in the 1950s, the American anti-communist surge that led to a communist witch hunt, and the ultimate burial of most communist organizations. It could be that the violence of the Red Scare led to the complete dissociation of red and communism in America, leading to the current color scheme. I do find this color reversal interesting, considering how universal it is in other countries in Europe and North America, which leads me to think that maybe the color choice of parties does not change too much.

At the same time, the color schemes of other political movements, such as pink for #MeToo and black for #BlackLivesMatter have their own meanings and symbolism behind them and are fairly easy to recognize within the scope of American culture in this case. In other places, different colors for the same causes are still culturally immediately recognizable by the members of that culture. In Latin America, for instance, green is the color of the feminist and pro-abortion movements, whereas blue is the color of their conservative opponents. It is interesting to see the intersection between national culture and color association with prevalent political issues.

It seems to me that, on some level at least, using color heuristics for political parties works as some form of marketing. When liberal parties use red as their color, they are inherently allying themselves with the legacy of communist and anti-monarchical revolts of the past. Overall, there seems to be some ideological trends in color choices for parties throughout the West. However, the American exception and the lack of complete consistency across the board can lead some to wonder whether this was a conscious choice in the first place. I still find that the thematic associations we make with colors subconsciously can affect how we perceive a nation’s policies and politics, in a similar way that marketing color schemes can impact our perceptions of the products being sold to us.