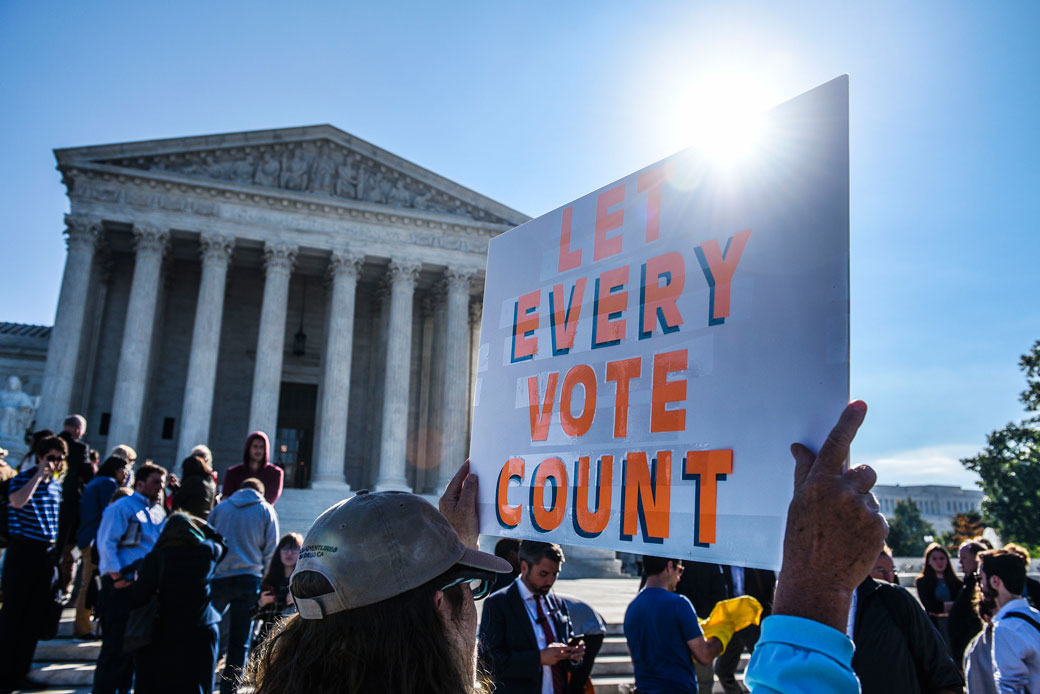 In the wake of the 2020 census, electoral maps are being redrawn across the country. With this comes a slew of legal challenges, as people on both sides of the aisle run to court to challenge maps they claim favor the other party. It’s not just a fight over where a few lines are drawn; it’s a fight over who will control the U.S. Congress.

Currently, New York, North Carolina and Alabama are some of the most prominent examples of this controversy. Majority party maps are being legally challenged by the minority party and cases keep rising up through the courts, with some even reaching the Supreme Court.

So what exactly is gerrymandering? It is the process of redrawing district lines to benefit one particular group. Gerrymandering leads to elections that do not actually represent the voting population but instead create the result that those already in power want. For example, with fair districting, a state may have three districts that tend to vote Democratic and two that tend to vote Republican. However, with gerrymandering, this state could have a four-one or even a five-zero split either way.

With this much control over elections at stake, each party is doing their best to set themselves up to win for the next ten years.

Where is it happening?

The New York State Assembly is currently embroiled in a heated debate over its electoral map. In 2014, New York voters approved a bipartisan redistricting commission; in 2020, it failed due to total gridlock and sent the job over to the State Legislature, where it normally is. There, Democrats are in power, and Republicans accused them of drawing blatantly political lines. In many of the redrawn districts, Democrats would suddenly become favorites to win when they hadn’t been before. Some Democrats fought back against the allegations, but some did not deny them—they instead pointed out that because Republicans were also gerrymandering, Democrats could not politically afford to take the high road. Republicans are preparing a lawsuit in response. This lawsuit will likely cause chaos for the state’s elections; while district lines are in flux, all election schedules will be thrown off.

Another example is North Carolina—and this one is already in court. There, the GOP drew a map that was obviously meant to grant them a partisan advantage. The question, however, ended up not just coming down to whether the map was partisan, but whether the court had a right to do anything about this if it was. The state Supreme Court overruled a previous lower court ruling, deciding that not only was the map partisan, but it was also the judiciary’s obligation to step in and ensure that lines are drawn fairly. Some, especially Republicans, argued this gives the court undue power over processes that should be exclusively political.

This particular debate over judicial power is one of the most fascinating aspects of the situation. Not only are state and congressional elections at stake, but the very power limits of courts across the nation are being decided.

In the case of Alabama’s contested district lines, the litigation has already made its way up to the Supreme Court. There, the Court seems to have no qualms about ruling on something like this—while there may be a debate in state courts, the Supreme Court is confident in its power to make decisions about voting rights and, therefore, gerrymandering. Implications here reach beyond court power or short-term effects; there could be repercussions for the future of the Voting Rights Act itself.

Here’s the basic situation: in Alabama, a quarter of the population is Black, but only one of seven districts is majority-Black. In a recent lawsuit, Democrats challenged this, arguing that there must be two majority-Black districts to allow fair representation. A lower court agreed, but in February, the Supreme Court struck this down in Merrill v. Milligan. The ruling raises questions about the future of Voting Rights Act, which attempts to ensure that all racial groups are fairly represented when voting. When Black voters make up such a large portion of the population but such a small portion of the districts, the blocs of white voters mean Black votes end up being less impactful than they would have been if districts were drawn differently. The Supreme Court, however, dismissed this issue, at least for now, and is allowing elections to carry on as planned with the districts in their current shapes. It seems there may be a larger case related to this on the horizon, as the decision was a quick one without extensive hearings and procedures and was only related to the 2022 elections. However, this decision has already dealt a massive blow to the Voting Rights Act: it tells those who may wish to suppress the vote that voter suppression will be upheld in the short term. One can make excuses and procrastinate when drawing equitable lines, as long as something pressing like an election is coming soon. And an election is always coming soon.

This decision is particularly concerning. Black Alabamans are forced to accept that, in addition to state representatives wanting to weaken the power of their votes, the Supreme Court itself is willing to sit by as their voices are silenced. While this will not be the end of the Alabama case, the willingness to compromise genuine democracy for easy democracy is deeply concerning. Not only does this make politics less representative in the short term, but it will also embolden those who may wish to do something similar in the future.

These examples are only a few of the multitudes out there. Across the country, map after map is being challenged.

So where do we go from here?

There is no clear answer. Parties will keep gerrymandering and suing each other, that is certain. The discretion of the courts to approve maps is being solidified with every new case, from the local level to the Supreme Court.

Some—mostly Democrats—have suggested taking a legal route. One of the many voting rights bills brought before the Senate last fall would have given the courts very clear metrics for what is or is not an unfair district. With the push towards the courts, this would likely be helpful; a natural method of standardizing would certainly simplify things. Others have pushed for bipartisan commissions, who are a bit removed from state legislatures and therefore theoretically more likely to draw fair lines. However, if New York is any indication, there doesn’t seem to be much hope for this method.

The question of how to ensure fair voting without gerrymandering is still unresolved, and it is not going to be resolved any time soon. At best, we can hope the parties will come to some kind of understanding or compromise by the time the 2030 census comes around; at worst, we can assume this cycle of gerrymandering will continue on for decades. Either way, this issue will continue to be contentious, shaping the voting power of people everywhere.