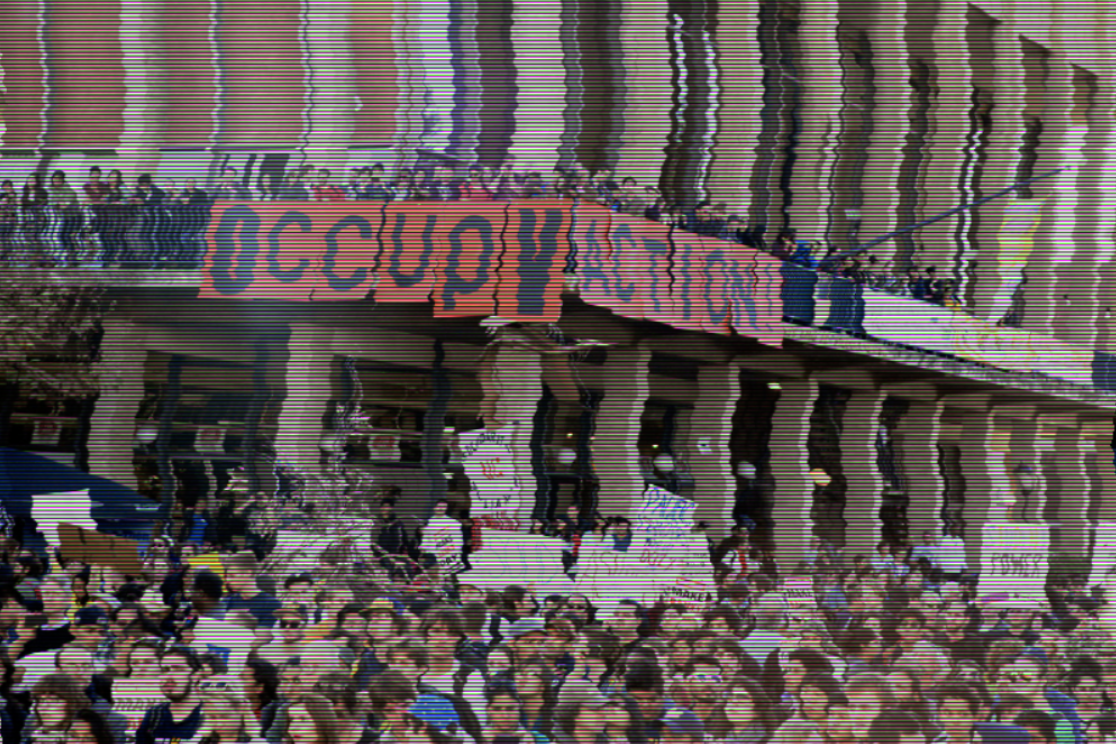 The Fault of the Frequent Protest

It’s been over half a century since the Free Speech Movement gripped UC Berkeley, yet the institution still maintains its reputation for frequent protests and progressive ideology. UC Berkeley has found its name in national headlines throughout the years for mass protests like Occupy Cal and various anti-war movements. The issue is that protests, designed to interrupt the status quo to gain attention, have become normalized to the point that they’ve become the status quo.

With the protests’ prevalence on campus, it’s time to ask: what have the most recent protests accomplished, and is it time to do more? When protesting against the school, is it really in the group’s best interest to be an example of the school’s promotion of free speech? Or, do organizations need to stop boosting the university’s reputation of welcomed free speech if they ever want to see real change in the near future?

On the first day of classes of the 2021 Fall semester, students faced two major protests from two different organizations. The two groups completely covered Sproul and caught every student’s attention as WarnMes were sent out and all people on campus had to adjust accordingly.

One of the protests involved a complete blocking of Sather Gate from the group Defend People’s Park. The group organized to protest the university’s plans to build student housing over People’s Park, a historic landmark and current sanctuary for the homeless population around the campus. At the end of the day, the protest resulted in four reports of battery. Just over a month later, the plans were approved by the university to start construction in 2022.

The other protest that day was led by Direct Action Everywhere who protested against UC Berkeley’s meat suppliers. In order to bring awareness to Cal Dining’s meat bought from factory farms, the group dyed the fountains on Sproul red, placed stuffed animals with their throats slit around the area and spread red dye down the stairs of Sproul Hall. This protest, as well as the one from Defend People’s Park, even gained social media attention as TikToks of protestors and Sproul covered in “blood” went viral. However, no action has been taken from the university regarding their suppliers up to the time of this article’s publishing.

The most recent protest to gain traction was a planned strike among multiple UC campuses by students against in-person classes. Students demanded accessible hybrid options and mandated weekly testing to ensure the safety of all those being forced back into an in-person learning environment. University Administration has responded to this discomfort by putting out a statement announcing that classroom setups, along with whether or not to require attendance or provide hybrid options, would be up to the instructor to decide. This left full responsibility of student’s health on the professors and staff of Berkeley as opposed to the school itself and left many students required to show up in person to class.

These three recent protests tell a larger story about what protesting UC Berkeley, at UC Berkeley, really does. At a school where there are protesting guidelines and cafes named after the famous movements from the school’s past that generate profit for the university, it makes sense that protesting is no longer the boundary-pushing, change-making call to action it used to be.

It is hard without protests to have your voice heard, but every attempt to be heard through protests has essentially been ignored. Even in instances where protests ignore the set guidelines, like not blocking or restricting access to pathways in an attempt to push back harder, all they do is make campus less accessible for fellow students, especially those with disabilities who need certain pathways to be able to attend their classes. This has even further pushed the image of protests being more of a literal obstacle to campus as opposed to a legitimate means of bringing attention to a cause.

There is power in numbers, and while there are a wide variety of student organizations designated toward specific causes, that has greatly divided the united front that could have been. Instead of one large organization coming together for a broad range of causes, we have small, niche clubs with few members dedicated to specific goals. While this is good to get people involved, groups should be working together and act as one entity to pursue their goals through new innovative methods.

The problem is not just division between different subgroups, but the existence of these groups crowding out each other’s niches in the UC Berkeley political ecosystem. History shows that protests at this university used to be extensive, notable events. Now, they are mundane: a quirk of studying at UC Berkeley, good for going viral on TikTok but rarely—if ever— effectuating meaningful change.

Throughout all of these protests there is a running theme of students wishing UC Berkeley would live up to its “progressive image,” whether that be by defending the community, not working with factory farms, or prioritizing student health. What protestors don’t realize is that by merely protesting they are achieving nothing towards their goals while continuing the normalization of protests on campus. Most onlookers are not being made aware of issues, rather, they have adapted to the day-to-day that is common for students and staff of Berkeley. Protesting every issue is no longer a method to gain meaningful attention and it no longer has the desired effect of bringing awareness and demanding action to issues. Rather than continue to contribute to the high frequency of group demonstrations on campus, new innovative methods need to be used to set a cause apart and create the proper amount of disruption to the status quo.