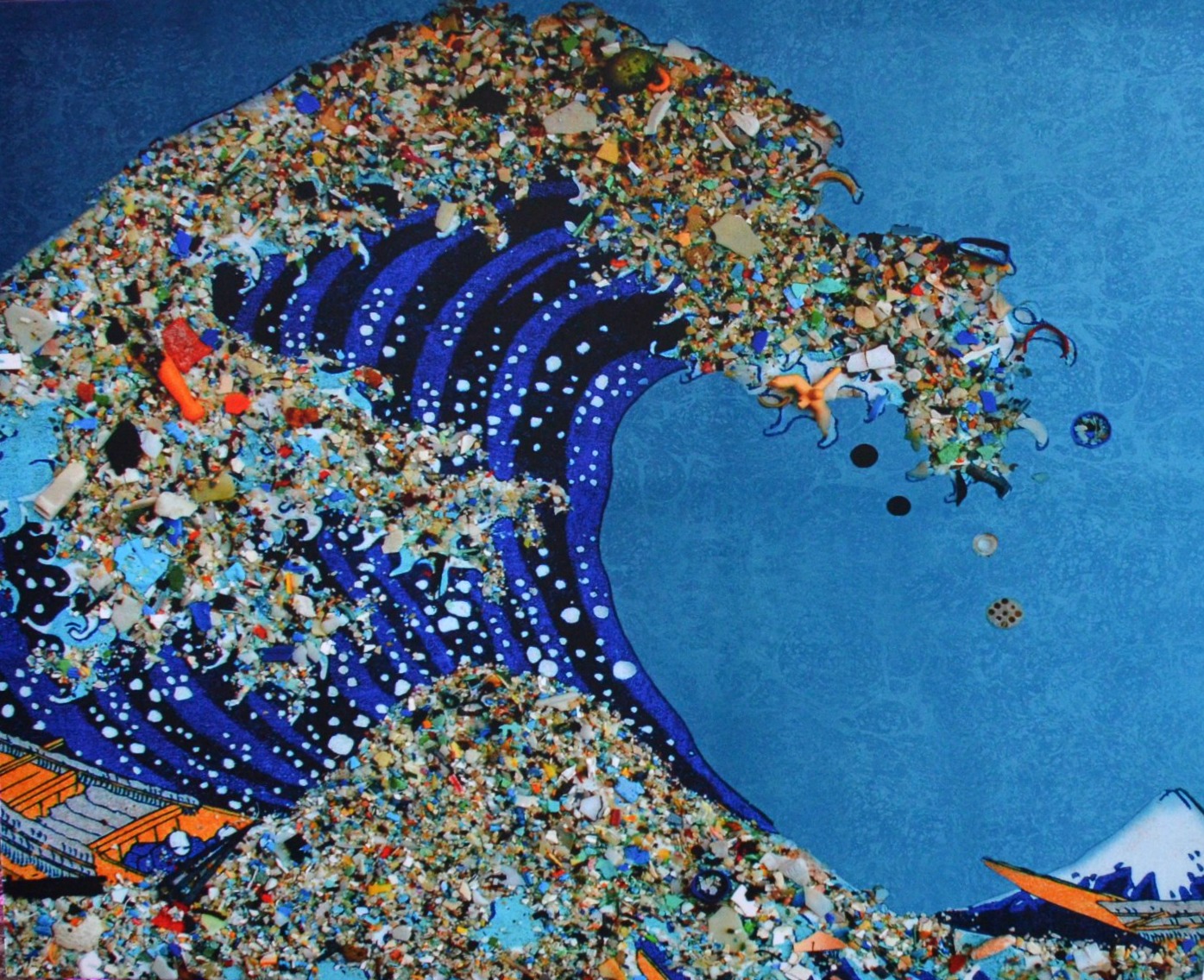 We have reached a point in our planet’s history where what we do will have effects that may outlast us entirely. In the relatively short amount of time humans have been catastrophically polluting, we have had several moments where we realized our harmful effects were too great and needed to be resolved. Those moments are rare and few; it takes a lot for ordinary people, governments and corporations to make a substantial enough change if the norm is profitable or convenient. What have we learned from these moments, and what is within our power to change?

History of Lead Use

Lead was first used commercially in the 1920s in car engines to make them run more smoothly. Three huge American corporations—General Motors, Standard Oil of New Jersey and DuPont—quickly realized the profitability of lead in consumer products and formed a new company that intended to sell lead, marketed as “ethyl.” It became a catch-all product additive, used in everything from agricultural pesticides to aluminum cans, house paint and city water tanks. From the beginning, lead was known to be dangerous, but we have been ignorant and then willfully ignorant to the effects of lead poisoning since the days of the Roman Empire.

Unsurprisingly, corporations, enabled by a lack of environmental and safety regulations from the government, continued to use it, saturating the consumer market with lead products so that it was nearly impossible to choose otherwise. By the time the Environmental Protection Agency (EPA) introduced a lead phase-down in the 1970s, the damage was irreversible, measured in lives lost due to illness from lead-exposure, lives altered by exposure to lead in formative years and in environmental damage due to production and disposal of lead.

Programs like the EPA are intended to prevent large-scale issues like the ones caused by lead, but flawed policy leads to flawed regulation and enforcement. Agency experts often base environmental policy on the belief that when people are given a choice between right and wrong, they will choose right more often than not. Unfortunately, the lead epidemic exposed the reality that we as consumers rarely have a choice at all.

To better understand the full picture, let’s use an analogy: we are constantly wandering a great hall, with hundreds of marketed choices, represented by doors lining each side as far as we can see. These doors are all different colors and sizes, with welcome mats that look the same, each just as inviting as the last. We stand in this hall in wonder, feeling the weight of the purchasing power in our pockets.

What if we begin making our way down this hall, opening doors just enough to peer at the product inside before moving on to the next? We are safe from the worst of lead-use in consumer products, with decades between us and its pinnacle. But as we wander, we start to realize that there’s one thing each product still has in common: plastic. This is a serious blow to our purchasing power.

How can we make the “right” choice when one of the greatest material threats to our planet hides behind almost every door? And how can we protect ourselves from the consequences of the “wrong” choices we’ve been making since plastic products exploded onto the market in the wake of World War II? Unfortunately for us, our answers are coming at the same speed as our problem.

Similar to sentiment toward lead in past decades, we know plastic is bad for the planet. We know it coats our piles of trash and chokes our waterways and kills baby sea turtles. Maybe we even know that only nine percent of plastic is actually recycled after we put it out on the curb in our trusted blue bins—bins made of plastic, of course. Parallel to lead use in the 20th century, the damaging results of excessive use of plastic in consumer products will define us for centuries to come.

Plastic takes anywhere from 20 to 500 years to degrade, which is already unsustainable given the rate at which products that use it are being created and discarded. But, what makes plastic truly catastrophic for our environment, and therefore for us, is that it doesn’t actually degrade, it just breaks down into tiny pieces that will functionally exist forever.

These tiny pieces are called microplastics, and we have reached a point where they are everywhere—literally. They have been found in Rocky Mountain rainwater, bottled drinking water, crustaceans at the bottom of the ocean, crustaceans on our dinner plates, whales, the plankton whales eat, even in table salt. Today anywhere in the world, someone could sit down at a restaurant to unknowingly drink a glass of microplastics and eat a meal of microplastics—but not before sprinkling microplastics all over it.

This is the inevitable result of using plastic in nearly every consumer product dating back to the 1950s. We were given the illusion of choice, and most of us chose the best we could within that trap. Yet, no matter how much regret we have as individuals, or how much we rightfully lament the greed of corporations and the failures of government that led us here, we are faced with the hard truth: that microplastics are never going away.

What do we do now?

There is no singular solution to microplastic pollution; it would ideally involve change in policy, change in corporate standards, waste management, culture and in individual lives. Lead use was only curbed in the 1970s by vigorous health campaigns warning about its dangers, and despite it being removed from paint, plumbing and gasoline by the 1990s, “elevated blood lead levels remain an issue for children, particularly those living in poorer areas.” It can be as simple as remodeling older houses that still have leaded paint jobs, and as complicated as extracting lead compounds from soil and sediment. It may be discontinued, but its permeability remains.

The same is true for microplastics. Mitigation efforts cannot reverse the damage that has already been done, especially with plastic and the fact that it takes up so much physical space. Campaigns based in public outrage, like the anti-lead sentiments we’ve seen previously, are both strengthened and weakened by our incomplete knowledge of the potential long-term health effects on humans and animals. Plastic has not been in our environment long enough—to the degree that it is currently—to fully understand the repercussions. Despite this, there are plenty of anti-plastic campaigns across the globe based in part on health effects that we do know of, such as heightened risk of hormone-related cancers and microplastics being a transfer site for human pathogens.

This would go hand-in-hand with a key aspect of individual action-based change, which is plastic reduction and reuse. Reducing the amount of plastic in circulation is the first step in reducing the amount of microplastics created. Recycling is more of a last resort in a plastic product’s life cycle, if it must exist at all. However, it is more impactful for as close to 100% of people as we can get to be living imperfect sustainable lifestyles than a smaller number living perfect sustainable lifestyles—though people who achieve that at all are still making a difference.

It is important to use what purchasing power we do have to tip the market in favor of companies abiding by—and preferably exceeding—environmental policy standards. We have barely stepped into the realm of truly ambitious climate policy as a national and transnational effort. Individual companies all around the world are choosing to hold themselves accountable for their plastic pollution, which is the bare minimum that we must accept with open arms if we are to encourage imperfect sustainability.

An ideally plastic-free market would require drastic change from most or all companies in a circular economic model. The EPA’s definition of a circular economy is one that “reduces material use, redesigns materials to be less resource intensive, and recaptures “waste” as a resource to manufacture new materials and products.” For example, instead of purchasing a microwave that will fail within five years and then be thrown away, one could lease a microwave from a company that can either repair and return it or completely recycle it to be used in the creation of new appliances. That would be just one aspect of a truly successful circular economy, that encompasses all production, distribution and consumption of products; it would create a major shift in the way corporations exist, away from this unrealistic mindset of infinite resources and dumping grounds that would ultimately render single-use plastics obsolete.

At the same time as curbing plastic production and circulation, microplastic cleanup efforts in the ocean and on land are vital. There are many ways to go about this. Immediately accessible solutions that anyone can undertake involve things like beach cleanups and using nets to fish plastics out of the water. However, we need removal on a much larger scale to notice a significant impact. Recently, scientists developed nanotechnology that can destroy microplastics in carbon dioxide and water, which removes them from aquatic ecosystems and could also serve as a carbon food source for plant life.

On an individual scale, teenager Fionn Ferreira from the Netherlands developed a homemade magnetic fluid that was 87% effective at removing microplastics from water. When asked about his motives, Ferreira said ‘”[t]he urgency of the plastic problem has not yet hit people… Plastic pollution is a public health issue. You are not just drinking the plastic, but also the chemicals that are added to it. Plastic attracts heavy metals and brings these into our system.” While these are most likely expensive and smaller-scale projects, they also serve as reminders that the scientific community has endless tools to curb our negative effects on the environment, but the political world is slow to catch up.

Ultimately, it is unfair to turn to the consumers to solve the problems created by the producers and sellers and the policymakers who enable them. However, accepting this reality as a reason to give up entirely makes us a part of the problem. A fatalist mindset toward plastic pollution is victory for the worst corporate polluters.

But all hope in federal action is not lost. In 2020, one of the first pieces of legislation proposing a federal rejection of single-use plastics was introduced in Washington. Ted Danson, an advocate of the Break Free From Plastic Pollution Act, said “the plastics industry has polluted our environment, refused to give consumers plastic-free choices and is instead ramping up plastic production, so it’s now time for federal action.” It is long, long past time for federal action.

It took decades for the government to part ways with filling our land, water, homes and bodies with lead, but eventually it happened, and we are so much better for it. Now, microplastics fill our land, water, homes and bodies, and we must recognize the precedent we have set for ourselves to gain a new lease on our lives and the life of our planet.