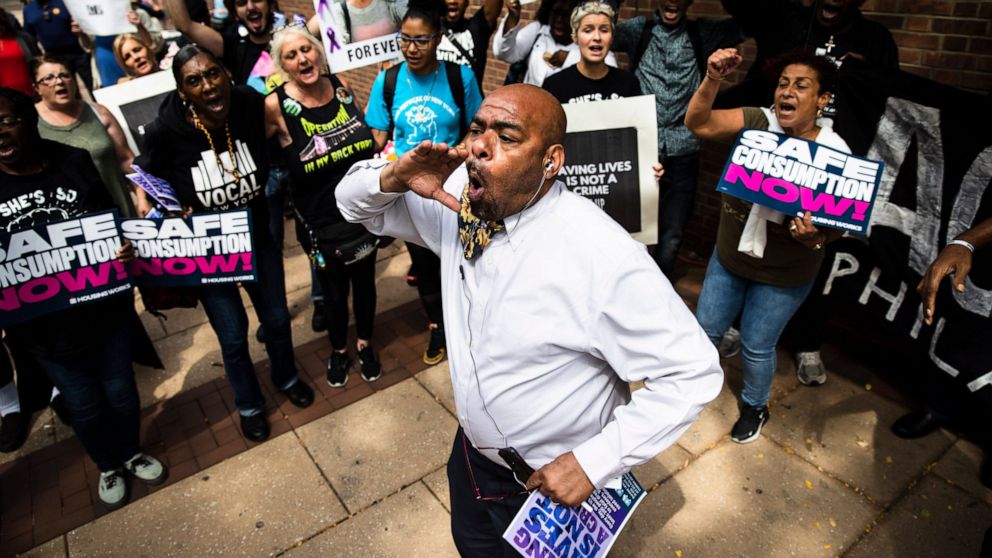 Supervised Injection Sites Save Lives. Let’s Talk About It.

Our discourse on drug policy and addiction is often relegated to hyperbolized images of wayward teens, often racialized and targeted pictures of poor communities of color, dark alleys of anomy, shame, and fear, and the ever-present “Just Say No” platitude.

At the heart of the discourse is the increasingly controversial subject of the creation of supervised injection sites and programs.

What Is A Supervised Injection Site?

The current discourse on free injection sites is ignorant, to say the least, and does not focus on the sustainable solutions they provide, particularly their role in providing a less punitive and more effective approach towards addiction. Most importantly, safe injection sites are grounded in a theory of harm reduction, which provides users with a safe place to use with a clinician prepared to step up if required. As needle programs gain more acceptance and space in the opioid discourse, safe injection sites are gaining further traction. They also offer a way to reduce harm among IV users, and most importantly provide safe havens and accepting spaces for individuals. Proponents of supervised injection sites believe that the facilities will help prevent the high incidence of overdose deaths and restrict public drug abuse. While these sites are still illegal on the federal level in the United States, many cities are strongly considering implementing and establishing these supervised injection sites to form a buffer against the nation’s debilitating opioid crisis. Underground community programs in Europe have proven to be largely effective and successful over the years, particularly in distributing clean syringes to prevent the transmission of HIV.

However, many critics claim that these injection sites encourage further crime and drug use, especially in the nation’s inner cities. Holding on to outdated beliefs on addiction and substance abuse, critics also believe that these sites violate some of medical ethics’ fundamental tenets and foundations, particularly patient autonomy and morality. They also believe that funds should be better allocated to funding relapse centers, social support services, and other healthcare benefits without realizing some of the potentials that these sites can have in providing access and enhancing some of these services. We must ask ourselves if we live in an environment with a crumbling grip on humanity?

Supervised Injection Sites: Under the Backdrop of A Raging Opioid Crisis

Punishing addicts is a gross miscarriage of justice that supervised injections can help counter. It is important to go beyond closed-minded anti-drug discourse and consider the nuance of the issue at stake.

Supervised injection sites remain one of the safest and most effective ways to address the nation’s escalating opioid crisis. The Washington Post reported that overdose deaths reached a record 100,0000 during the first year of the pandemic. A new bipartisan Congressional report also concluded that the crisis, primarily caused by synthetic opioids like ultra-deadly fentanyl, cost the nation over $1 trillion. The United States Department of Justice recently suggested reevaluating and weighing the costs and benefits. This move marks a steady departure from policies of the Trump Administration, where lawmakers fought to rally against the opening of a supervised injection facility in the city of Philadelphia.

Moreover, in December 2021, New York City opened its first-ever overdose facility pilot Overdose Prevention Center after a hard-fought struggle by the Drug Policy Alliance. The city is dedicating two spaces for people to use drugs without the fear of arrest under the care and supervision of medically-trained staff. A 2014 review of 75 case studies highlighted such places, encouraged safe use of drugs, and reduced overdose deaths; they were also associated with less outdoor drug use and reduced some of the negative impacts on crime or drug use. Supervised injection sites can help introduce better harm reduction strategies to combat the crisis. These might include drug courts to help screen for health needs, place individuals in pathways to assist in rehabilitation and comprehensive treatment strategies, expand syringe exchange programs, and increase the availability of naloxone to combat the adverse effects of a drug overdose.

Often there is no diagnosis for addicts, let alone a cure. Fortunately, the case for safe injection sites is finally opening further discourse and dialogue about long-term strategies to address overdose deaths and long-lasting issues in healthcare systems, shedding the ever-present ignorant veil that drug discourse has constantly been under. These encompass the decriminalization of the use of illicit opioids, destigmatizing drug addiction through more comprehensive public education, the right to prior authorization, and building more robust pain management strategies, among other solutions. A majority of the backlash and outcry against the establishment of supervised injection sites today are grounded in the prolonged and ongoing stigma and prejudice against addicts. It also further accentuates some of the gaps and issues of a broken and inundated healthcare system that does not proactively and holistically address substance abuse, pain care, and addiction-related issues.

Today, policymakers and pundits continue to demonize opioid therapy even though it has helped save many lives. While Opioid Prescribing itself has decreased by more than 44% since 2012 and is at a near 20 year low, illicit fentanyl, methamphetamine, cocaine, and counterfeit pills continue to drive the recent overdose deaths. Opioid Restriction Policies were not applied to patients with pain associated with cancer or complex surgical procedures or sickle cell crises, hospice palliative.

Moreover, pharmacy chains are overzealously abusing CDC guidelines and harming pain patients with their oversight. Conflating the misuse of opioids with a credible use for medicinal purposes is a violation of patient welfare and care. There are many examples of pharmacy chains, pharmacy benefit managers, and health insurers miss-applying the CDC voluntary guidance for their benefit. Patients suffering from pain have not seen increased access to non-opioid care, and their medications are held behind barriers erected by insurance companies. The Mental Health Parity and Addiction Equity Act, better known as the federal parity law, was enacted in 2008 and required insurance coverage for mental health conditions, including substance abuse disorders. The US Department of Labor, Health and Human Services, and Treasury recently issued a report to Congress detailing health insurers’ pervasive and harmful behaviors that violate the federal parity law. While parity compliance has been around for 15 years, the report highlighted violations across the board, enforcement actions, and necessary corrective actions. Reducing pain and addiction due to the opioid crisis is a joint effort.

Most importantly, states need to remove prior authorization for substance use disorder treatment as these cause significant barriers for individuals with substance use disorders. At present, most health plans require patients to obtain an approval or prior authorization for prescribed care or medication. These are often ways to control costs and regulate coverage decisions, which can create significant delays for individuals seeking medical attention and care at critical moments when they need treatment. In addition, we also need to consider if states are allowing vulnerable groups such as pregnant women to receive treatment for Substance Use Disorders (SUD). Additionally, a recent study by the NYU School of Global Public Health found gaps in hospital-based substance abuse services such as access to outpatient care and a lack of culturally nuanced and evidence-based treatment services that further exacerbate racial and ethnic health disparities, particularly among black communities. Not very surprisingly, the study showed that Black and Hispanic residents were less likely to be offered programs to address opioid use disorder, such as access to hospital-based treatment services and risk education.

Finding a Cure: What’s Next?

Supervised injection sites prove to be an effective community health solution, offering a collaborative approach toward helping assist addicts in a judgment-free environment. Yet, these sites still lack adequate funding and big budgets that could be funneled into providing comprehensive and high evaluation services. If safe injection sites were sanctioned in the United States, licensed clinicians would be more likely to provide wrap-around and on-site health services to better assist addicts in a more quick and efficient manner.

Overall, the case against free injection sites assumes a society devoid of addiction, substance abuse, and illicit drug use, which is a delusional suggestion at best. While creating supervised injection sites might not be a direct solution to the Opioid crisis or directly address some of the deeply entrenched structural and institutionalized issues in today’s healthcare system, it helps us reorient our understanding of substance abuse and addiction. It is time we let go of a regressive punitive approach to one of humanity and compassion.

The following podcast, ‘People I Mostly Admire,’ by University of Chicago Steve Levitt, fundamentally changed my views of drug policy and legalization, and I highly recommend giving it a listen.