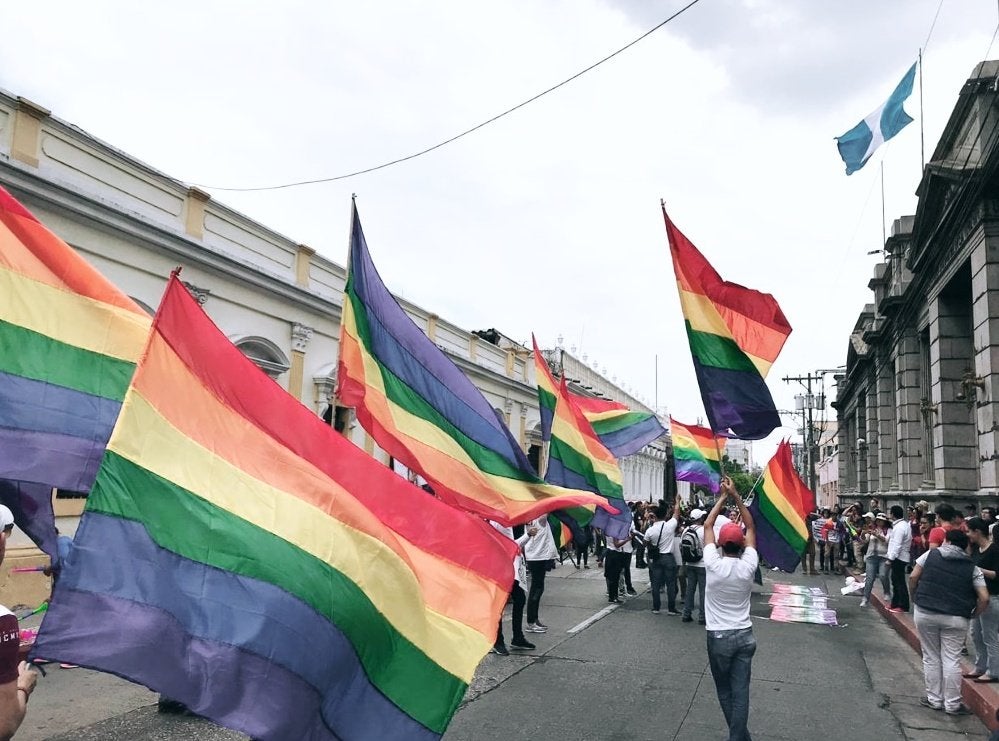 In December 2021, 21 lawmakers in the Guatemalan Congress’ Commission on Education, Science, and Technology unanimously approved Bill 5940, a prejudicial measure that restricts adolescents’ access to information about transgender identity. Since Bill 5940 was unanimously approved by the Commission on Education, Science and Technology members in December, it will soon be voted on by the full Congress through three debates and a final vote.

Cristian González Cabrera, an LGBT rights researcher at Human Rights Watch, called the bill “unscientific” and stigmatizing. González Cabrera also explained that legislators need to promote tolerance instead of degrading a vulnerable group who have been suffering in the onslaught of violence against transgender people in Guatemala. Specifically, one gay man and two transgender women were killed in two separate assaults in Guatemala between December 30 and January 2 of 2021, as reported by Guatemala’s Human Rights Ombudsperson’s Office. This trend does not represent a unique pattern for transgender violence in Guatemala.

According to a Human Rights Watch report, within the first four weeks of 2021 alone, at least five transgender and gay individuals were reportedly murdered in Guatemala. In 2020, a staggering 19 individuals known to be LGBTQI were also killed in Guatemala, according to human rights ombudsman Jordán Rodas. The Human Rights Watch report also found that LGBT people in Guatemala experience “a complex web of violence and discrimination.” Many LGBT people are rejected by their family members or face bullying at school that affects their academic success, made evident by the fact that many LGBT students drop out as a result of such discrimination. Specifically, fourteen of the 53 LGBT-identifying Guatemalans interviewed by the Human Rights Watch reported that they endured discrimination and bullying in schools. The report added that the rejection that many LGBT individuals face from their family members also leads them to suffer financially, making them more vulnerable to violence from gangs and law enforcement. Furthermore, many transgender women reported that they were unable to find employment other than sex work.

Martin Y., an 18-year-old transgender man, told the Human Rights Watch he was forced to leave school in Guatemala after he transitioned and initially opted out of wearing a female school uniform. Martin also explained that he was forbidden by the school director to go near the school because he “was confusing the kids” with his transition. His brother also dropped out of school upon being bullied for having a transgender brother.

In addition to bullying and educational discrimination, transgender adolescents in Guatemala are also subject to sexual violence. Their claims about such harm are unfortunately rarely taken seriously. In particular, Kennedy W., a transgender woman from Izabal, Guatemala, reported to Human Rights Watch that as a result of her identity, she experienced bullying at school, as well as attempted sexual assault. Consequently, she left school at the age of 10 and only completed the third grade.

“A primary school teacher tried to touch me when I was very little. I told my mother. Nobody listened to me, even my mother, she beat me for lying,” Kennedy W. said. “The other students threw me in a swamp, beat me, and broke my arm. It’s what happens when you look like this. At 10 years my father told me he wasn’t going to [pay to] educate me because I was an embarrassment.”

It is clear that LGBT individuals in Guatemala, particularly transgender adolescents, experience deep and even violent prejudice and stigmatization of their identities in schools. But, even in the face of such intense discrimination and violence, Bill 5940 is not the only piece of legislation in the country that designates LGBT individuals as inferior. Specifically, the pending Life and Family Protection Bill in Guatemala legitimizes the denial of services towards LGBT individuals and defines “sexual diversity” as “incompatible with the biological and genetic aspects of human beings,” according to Human Rights Watch. Both Bill 5940 and the Life and Family Protection Bill violate international law and disregard many of the recommendations proposed by human rights organizations seeking to reform gender equity worldwide. In particular, adolescents and children are entitled to comprehensive sexual education under international law.

Additionally, the UN special rapporteur on the right to education asserted that such sexual education “must be free of prejudices and stereotypes that could be used to justify discrimination and violence against any group” according to Human Rights Watch. The UN Committee on the Rights of the Child recommended that governments should not censor or “intentionally misrepresent” public health information, including sexual education, as it is important for children to have access to such information when they are exploring their sexualities. Currently, Bill 5940’s does not follow the UN special recommendation rapporteur on the right to education. The measure is an explicit ban on the dissemination of information about transgender identity in school sex education and is not a curriculum free of prejudices or stereotypes against a group. Likewise, Bill 5940 completely disregards the UN Committee on the Rights of the Child’s recommendations, as it intentionally withholds and censors important health-related information from adolescents, not only in their school curriculums but also in the media.

The current sex education curriculum in Guatemala is already lacking adequate discussion about gender identity. According to a 2017 Guttmacher Institute report, many teachers who taught sex education lacked sufficient resources, time, and training about many topics, particularly sexual violence, STIs, and contraceptive methods. The study also reported that teachers often spread “mixed messages” about sexuality, such as regarding the stigma surrounding sexual intercourse before marriage. Thus, given the limited sexual education curriculum in Guatemala taught during the continual attack on transgender youth’s human rights and personal safety, lawmakers and activists must pressure Congress to vote against the final poll which will approve Bill 5940—a transphobic measure that uses censorship of critical public health information to strip transgender individuals of Guatemala of their humanity and basic rights.