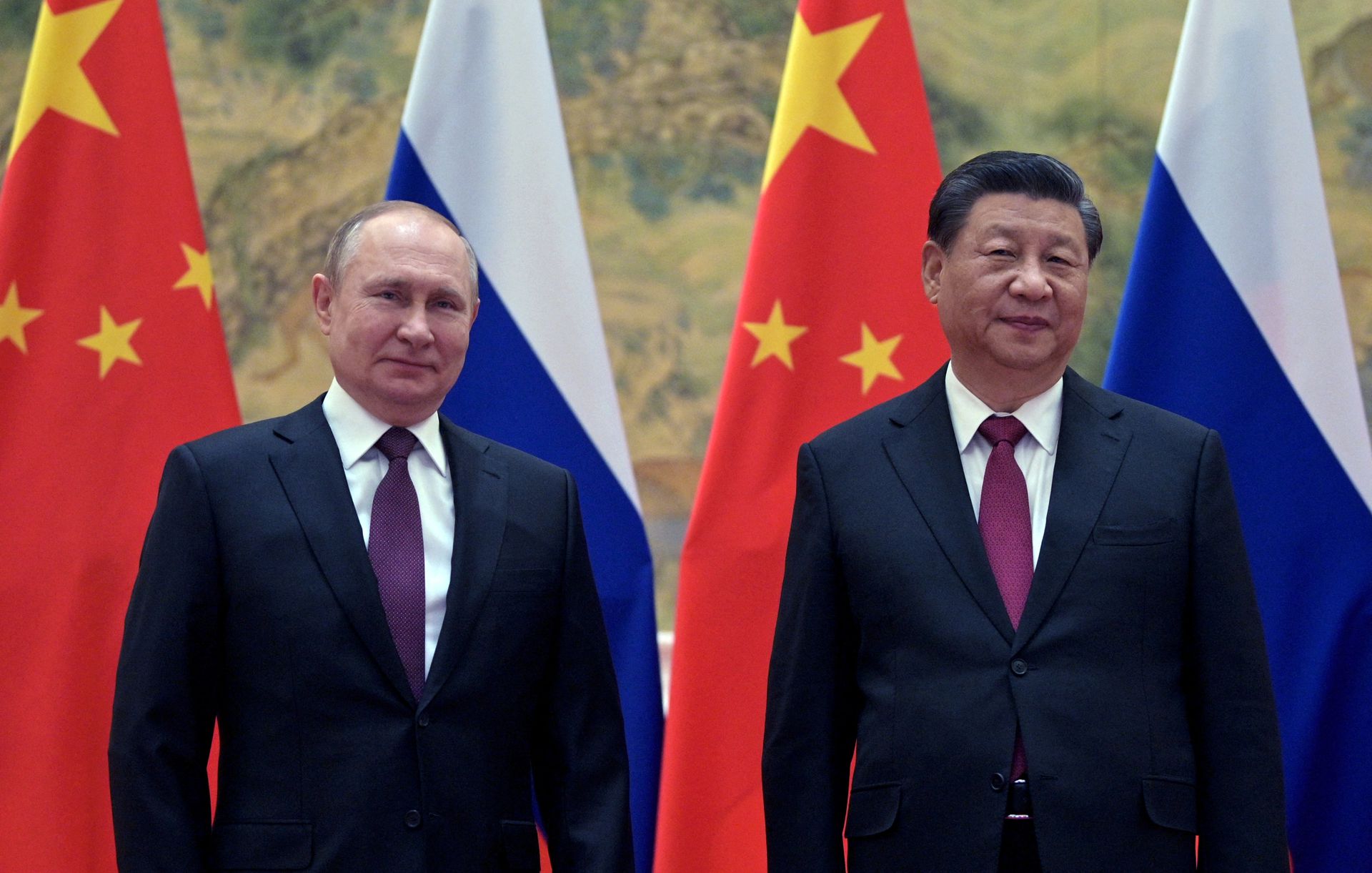 The Sino-Russian Relationship: Out of Sincerity, or Forced by Circumstance?

The scenes of the 2022 Winter Olympics’ opening ceremony in Beijing stuck out as a muted affair compared to the pomp and grandeur of the Summer Olympics fourteen years ago. While the 2008 Olympics symbolized China’s ascent onto the world stage among the world’s great powers, the 2022 Winter Olympics instead highlight China’s increasing isolation from the rest of the world. Most political leaders and high-ranking officials from the world’s other great powers remained conspicuously absent from the opening ceremony: either participating in the U.S.-led diplomatic boycott over Chinese human rights violations or deterred by China’s stringent COVID-19 protocols. But one political leader made his presence at Beijing known to all: Vladimir Putin, President of Russia.

Putin’s choice to show up at the Winter Olympics this year stands out because of his recent reclusiveness. All visitors to the Russian President, whether government officials or Olympic athletes he wanted to congratulate, had to go through mandatory quarantine before meeting the man himself due to pandemic protocols. He made few public appearances over the past year, as the pandemic tore through his country. Putin is not the only one who finds themselves isolated: Russia becomes ever more admonished on the world stage for acts such as the attempted assassination on Alexei Navalny, the armed conflict over Ukraine, or the long-running state-sponsored athlete doping program.

In isolation, Russia finds a natural partner in China. Both countries hold similar ideological goals, as autocratic regimes with a desire for total domestic control. Both countries share a thousand-kilometer-long land border. Both countries remain opposed to the Western-led world order that stands on the other end of the modern geopolitical spectrum. Both Putin and Xi Jinping, China’s President, recognize they share common interests. Hence both leaders and their governments ramped up their efforts in cooperating on foreign policy, from Moscow declaring public support for China’s stance on Taiwan to Beijing’s approval of Russia’s demands that Ukraine never join NATO. Cooperation between the two countries goes beyond diplomatic talk: the Chinese and Russian militaries conduct joint military exercises unprecedented in their scale and complexity. Not even during the initial years of the Cold War, during the short-lived honeymoon period between the then-new Chinese Communist Party regime and the Soviet Union, did the Russians and Chinese work so closely. On paper, the combined power of modern-day China and Russia provides a major threat to the liberal democratic, rules-based order the West enforces upon the world. Despite their obvious common goals and perceived diplomatic unity, the Sino-Russian relationship is not as ironclad as either country would like its opponents to believe.

Today’s Russian Federation possesses much less leverage over China than the former Soviet Union did 70 years ago. The Russian economy depends far more on the Chinese market than vice versa. The imbalance between Russia and China’s economic power does not only lie in the disparity between their economic size; Russia’s isolation from Western markets due to the multitude of sanctions post-Crimea means that they have little option but to invest more into the Chinese market. Even military hardware sales, one of the few industries where Russia continues to hold an advantage over China, suffers from the lack of bargaining leverage. A sale of Su-35 fighter jets, one of Russia’s most advanced models, proceeded as planned under the intervention of the central government despite officials’ concern over China’s history of  reverse-engineering Russian hardware. While Putin can use China’s economic success to argue that Russia need not rely on Western systems to achieve prosperity, the reality remains his country, choked by oligarchs and chained by international sanctions caused by his belligerence, resembles that of a siege economy like Iran rather than an interconnected powerhouse like China. To Xi and his regime, Russia is a convenient partner. To Putin, having China as an ally is essential to his regime’s long-term fate.

Russia’s relative economic weakness compared to China means competition between the two supposedly tight-knit allies risks becoming contentious. In Central Asia, a region Russia considers its backyard, the potential for disruption caused by disparities between China and Russia’s influence becomes clear. Chinese funding and resources, as part of its Belt and Road Initiative, serve as a lucrative source of investment for Central Asian regimes, an investment that Russia has no hope to match in scale. What really worries the Russians, however, is China’s increasing willingness to deploy military forces as a show of its expanding power. The presence of the Chinese military within Central Asian nations such as Tajikistan unnerves the Russian establishment, even though Russian military projection within its backyard still outstrips that of its ostensible ally.

Disparities in power do not just affect Moscow’s side of the relationship. Russia’s relative isolation from the global economy means that the country can afford to conduct acts of international aggression because they do not have much to lose – the annexation of Crimea over half a decade ago and the current military standoff over Ukraine exemplify this. China, on the other hand, will suffer much more if they sparked economic retaliation or war from the Western bloc. China’s economic prosperity, founded on its successful integration with global industry and trade, means that its business sector remains lukewarm about committing deeper political and economic ties with Russia. Chinese banks and companies only have a muted investment in Russia due to their aversion towards triggering Western sanctions. Even an expansionist-minded Chinese government did not endorse Russian actions over Crimea and eastern Ukraine, in part due to concern over incurring unnecessary anger from the international community. In the UN vote on the Crimea annexation, China reaffirmed its support for nonintervention in internal political affairs, choosing to abstain as to express its displeasure with both Russia and the West.

Overall, China and Russia’s broad ideological interests may align, but their broad geopolitical interests do not. This limits the scope for close cooperation. An imbalance in economic influence creates a one-sided relationship that sees Russia requiring China much more than China requires Russia. An asymmetric bilateral relationship will never lead to a robust alliance, despite any lip service paid otherwise.

This does not mean the Western bloc should dismiss the dangers of a closer Sino-Russian relationship. Even if China and Russia can never match the entrenched cooperation between the U.S. and its NATO allies, they still wield vast amounts of leverage over the West. Russian control over natural resource exports has plenty of potential to wreak havoc on a Europe reliant on Russian energy, evident through the long-running controversy involving the now-suspended Nord Stream 2 gas pipeline. In spite of its diminished geopolitical and economic stature, Russia still controls a large, advanced and well-trained military that can threaten to cut deep into NATO territory. China’s considerable economic influence needs no introduction, while its military power within Asia poses a true threat to American dominance. If one of Russia or China begins a conflict, the other can profit off a Western bloc that  has to divide their attention across multiple fronts (for example, a Russian attack on Ukraine could provide China an opening to attack the Taiwan Strait). A Sino-Russian alliance does not require decades of mutual trust or extensive joint operations to work for the benefit of both sides. As shrewd politicians, both Putin and Xi know this fact well – and will not hesitate to exploit it. Underestimate the potential of even a limited Sino-Russian partnership at one’s peril.

Bim-Ray Yau writes for Berkeley Political Review's World section. As a Geography undergraduate at UC Berkeley, his articles often focus on the effects of human development and public policy on nations worldwide.