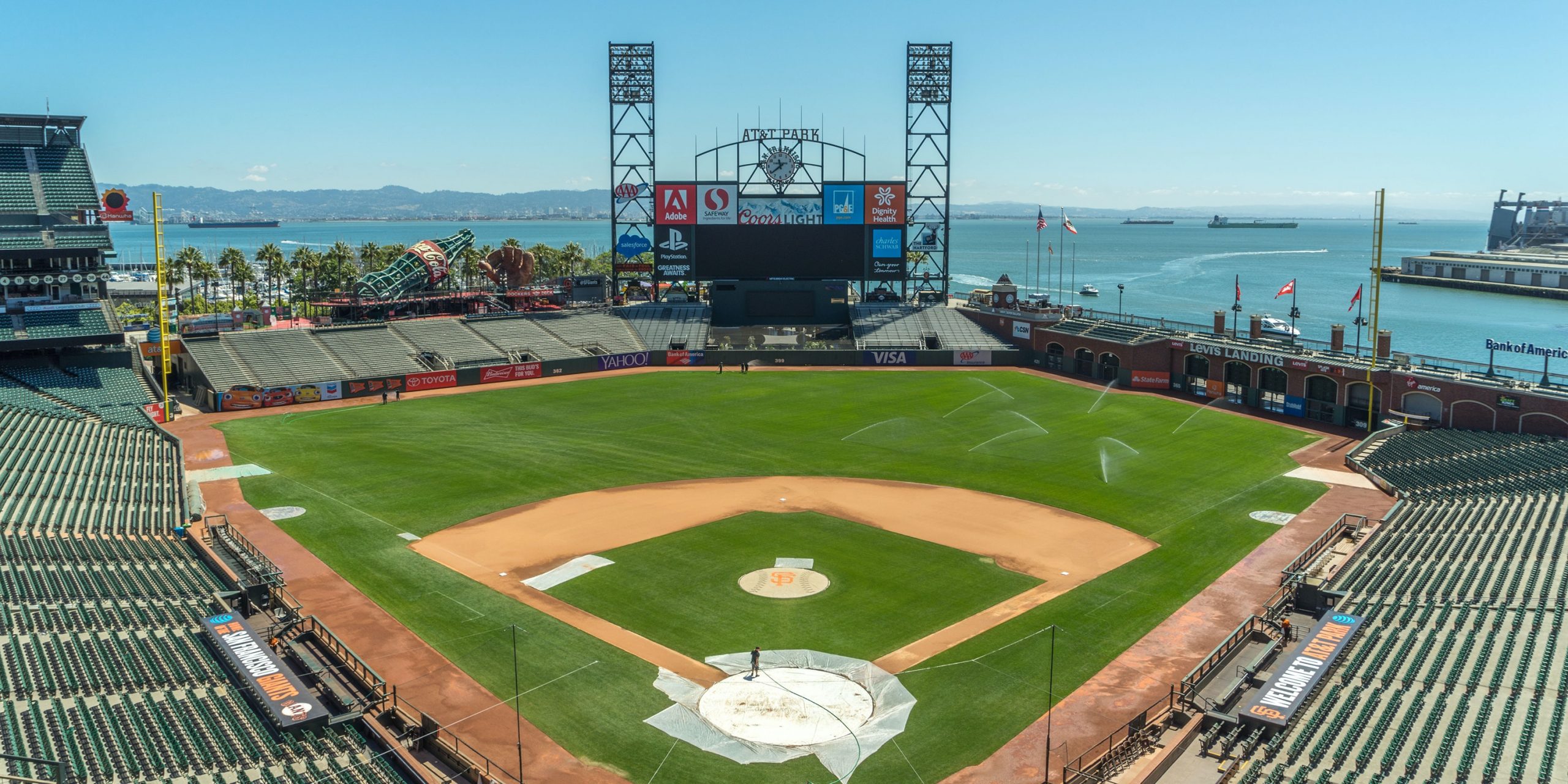 Bigger than Baseball: An Endless Lockout, The Labor Movement, and America’s National Pastime

On December 2nd, 2021, something strange happened. Major League Baseball scrubbed player faces, highlight reels and other media from its website. Where videos of iconic Yankees once stood, the only thing visible now was a letter from the commissioner of the MLB, Rob Manfred. The reason? The Collective Bargaining Agreement (CBA) between the owners of baseball’s thirty teams and its players had expired. In response, the owners locked out the players, forbidding them from coming to work. Months later, the two sides are reportedly no closer to an agreement than they were on December 2nd. The chasm seems so wide that in February, Labor Secretary Marty Walsh offered to send in federal mediation.

The differences between the owners and players revolve around the fundamentals of the game and the finances of the league — a literal case of inside baseball. However, beneath this dispute lies something much greater. An examination of the dynamics at play during the lockout shows that the players’ distrust of the MLB mirrors larger themes in the labor movement.

One of the most contentious disputes between management and the players’ association revolves around a practice known as service time manipulation. From the moment a player is drafted, teams control the rights to that athlete for six years. However, executives have often cunningly extended that time frame. The MLB has a large minor league system; when a player is drafted, he’ll spend a period of time (anywhere from months to a few years) with these team affiliates before being called up to the majors. One full year is deemed to be 172 days. Engaging in shrewd sleight of hand, teams will often call up players from the minors to the majors a few weeks after the season has started, in order to procure an extra year of services. For instance, the Chicago Cubs timed star prospect Kris Bryant’s call-up so that he would only play for 171 days, getting a de facto seventh year of service time from him as a result. Eradicating this manipulation is one of the players’ key goals.

The fact that management controls a worker’s labor for six years — and can artificially extend that window — is chilling. It is a reminder of the vast amount of leverage employers have over workers in virtually every aspect of the American economy. By fighting against this reality, baseball players are in large part emulating workers taking part in the current Great Resignation and attempting to win some of their power back.

Another facet of the game the players are speaking out against is tanking, a practice whereby teams deliberately try to lose games in order to receive higher draft picks. Tanking often entails high-ranking executives trading away their best players, since the team that finishes last in the season gets the first overall pick in that year’s draft. The trade deadline, which is midway through the season, now sees a number of teams engage in “clearance sales,” resulting in a plainly non-competitive team on the field afterwards. Currently, players are trying to remove some of the incentives to tank, such as those higher draft picks, although they have been met by stiff opposition from the owners.

Though not a perfect comparison, predatory pricing in business provides a useful analog. In 2009, Amazon deliberately sold products at below market value in order to undercut its main competitor — diapers.com — and drive them out of business. That cynical decision to purposefully lose money in hopes of reaping a profit in a few years is similar to what baseball teams are doing right now. It is a practice that portends grave consequences — for its competitors in the case of Amazon and for a team’s own players in the case of baseball.

Perhaps the biggest indictment of Major League Baseball is the current state of the minor leagues. Although the present minor league season is unaffected by the lockout in the major leagues, the poor conditions in the minors show a callous disregard for players. According to ESPN, most minor leaguers make between $8,000 and $14,000, a number well below the cost of living. It was only this past year that MLB required teams to house players, after an outcry over the squalid living conditions common in the minor leagues.

There are two primary reasons behind why Major League Baseball— which took home $10.7 billion in revenue in 2019— can allow for such poor working conditions. In 2018, as part of an omnibus spending bill, Congress passed the Save America’s Pastime Act, which exempts baseball players from minimum wage and overtime rules. When originally proposed in 2016, the bill came under harsh criticism, but pressure from MLB executives led to its enactment two years later. The second reason is that Major League Baseball has an antitrust exemption dating back to a Supreme Court decision in 1922. Of the four major men’s professional sports leagues, it is the only such exception of its kind. As Chelsea Janes of the Washington Post explains, it enables teams to “collude to suppress wages and dictate the fortunes of member clubs in ways that would be illegal in other big business spheres.” Revoking the exemption could open the door to antitrust suits against wage suppression, a tactic commonly used by labor lawyers.

In many ways, the state of the minor leagues vis-a-vis the majors is reminiscent of the two-tiered wage system that workers were organizing against during the Striketober protests. At companies from Kellogg’s to John Deere, employment contracts stated that benefits for newer workers would never be as high as benefits for older ones. Here, the conduct of Major League Baseball is a microcosm of large corporations, seeking to extract as much value as possible from the most powerless workers while paying them pennies on the dollar. And the league’s actions are all the more infuriating because of its labor history.

In a recent interview, legendary former third baseman Brooks Robinson said, “There’s only been three people in the history of the game to change the game… Babe Ruth, Jackie Robinson, and Marvin Miller.” One of these names is not like the others. Ruth is arguably the greatest baseball player of all time; Robinson is the civil rights icon and Hall of Fame second baseman who integrated the major leagues. By contrast, Miller never stepped foot on the diamond. But his impact may be just as large.

From 1966 to 1982, Marvin Miller served as the executive director of the Major League Baseball Players Association (MLBPA). With experience in auto and steel unions, Miller led the MLBPA through a tumultuous time for the labor movement. The beginning of deindustrialization and anti-labor sentiment had rendered unions a far less powerful bloc during this time, and they didn’t get the same coverage they did in the 1950s. But the union representing baseball players? It was hard to ignore America’s national pastime. Miller took advantage.

In 1981, the players— led by Miller— went on strike, protesting the demands of owners who sought greater compensation. After fifty days, the owners relented, play resumed and the players had prevailed. It was a rare victory for workers at the time; in just less than a week later, Ronald Reagan infamously fired more than 11,000 air traffic controllers who had gone on strike. Against a demoralizing backdrop, the union for baseball players provided a rare source of hope.

More important than Miller, however, may have been Curt Flood. A standout player for the St. Louis Cardinals, Flood is better known for what he did off the field. In 1969, Flood refused a trade from the Cardinals to the Phillies; he was challenging baseball’s reserve clause, which allowed teams to hold the rights to players even after their contract expired. An African-American, Flood viewed the struggle for the rights of workers and people of color as interlinked, especially in light of the Civil Rights Movement. He sued baseball’s commissioner, Bowie Kuhn, in a case that went all the way to the Supreme Court. Though the high court ruled against him, Flood’s actions catalyzed a movement. Five years later, the Seitz decision struck down the reserve clause and the modern era of free agency was born. Workers now owned their labor.

It is only in this context that one can properly understand the current lockout. The leaders of the MLBPA are acting in the shadow of Marvin Miller and Curt Flood. They are looking to upend a status quo heavily tilted towards the owners of capital, much like the broader labor movement today is.