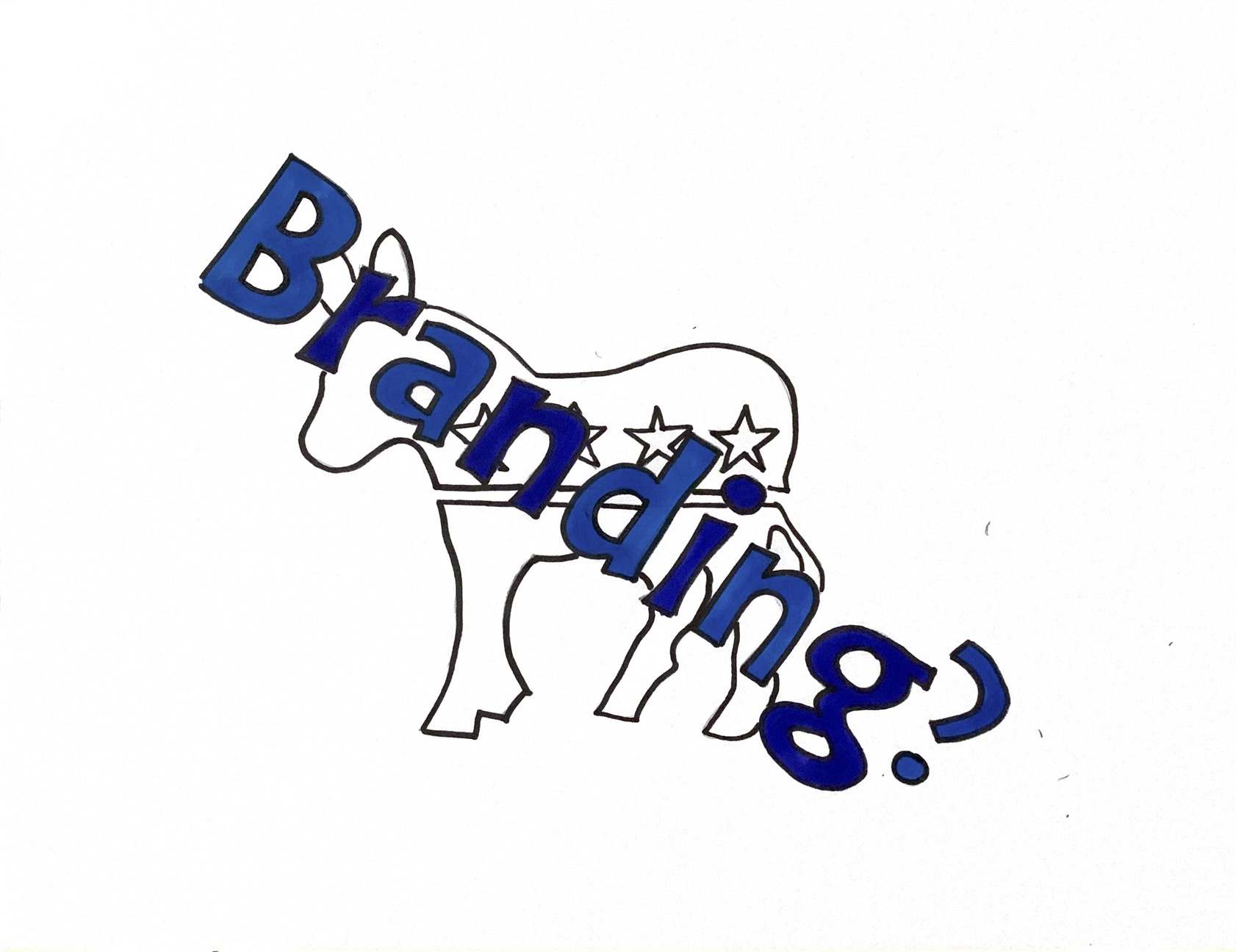 The midterm election set to take place this year has significant potential to upset the delicate balance of Congress. With an effective 50-50 split in the Senate accompanied by a slim eight seat majority in the House, Democrats face an uphill battle in the coming election cycle that signals the need for the party to both consolidate and tighten their message.

In general, the current political trend does not bode well for the Democratic Party. The recent losses in Virginia and a tight race in New Jersey are a stark sign that Democrats are not popular heading into next year. The situation worsens when we take into account the current administration’s approval rating––Joe Biden’s rating hangs around 42% right now and he’s “currently underwater (meaning his disapproval rating is greater than his approval rating) in 32 states,” 11 of which are swing states. Following a downward trend since the inception of his presidency, President Biden is the second most unpopular president (behind Trump) in the post WWII era at this point in a term. In addition, Vice President Harris’s approval rating bears similarities, around 40% as of November.

The issue then turns to the strategy Democrats need to employ to be successful in upcoming elections, as the strategy thus far has not been adequate. In 2018 and 2020, the messaging was more easily formed around the stark failures of the Trump presidency and Biden’s candidacy was set up as the antithesis to a tumultuous administration. In the coming years however—and especially regarding the next midterm election cycle—an adversary is not necessarily well-defined. There is no clear target as to whom Democrats can stand diametrically opposed to. Even if Donald Trump attempts to renew his presidency, he is not a viable enemy long term.

Ideally, Democrats shouldn’t have to stand diametrically opposed to anyone; they should rely on the marketability of their own policies. As such, the necessity of clear branding and effective messaging rises. Democrats have two main issues when it comes to branding: the inability to condense complicated policy plans and the inability to effectively combat negative branding imposed upon them by Republicans.

Republicans have a relatively consolidated tent—their party has shown vast unity when it comes to severe political issues. The minimal rebuke during the impeachment trials, the defense of the president after the capitol riots and the general lack of ideological divide in the party signals that Republicans have fewer cracks in their party. The Democrats, on the other hand, have a wider tent politically. Ideologically, Democrats span from hyper-progressive members and self-identifying Democratic Socialists to staunch centrists that form a rather polarized party. The cracks are showing as the lack of Democratic unity signals a problem for the future.

This became fairly apparent in the midterm elections last year when it was reported that the post-election Democratic caucus call was fraught with tensions over the loss of key races as representatives blamed one another and disagreed over the future of the party.

Some of the most stark branding failures are Medicare for All and Defund the Police. Their biggest problem is the lack of a clear, universal conception of these programs. As a result, interpretation is left up to the voter and thus easily misconstrued by political adversaries. (Credit goes to @TheStefanSmith for the idea to compare these two topics.)

Medicare for All itself has several definitions within the Democratic party. Some voters believe that Medicare for All will continue to allow them to retain their private health insurance, while others see it as abolishing private health care altogether. Polling is also notoriously inaccurate when it comes to Medicare for All; it seems to fluctuate based on the phrasing of the policy. When given a choice between a “government-run healthcare system” and “private health insurance,” voters tend to dislike the former. However, when worded as a “national health-plan,” voters tend to show more enthusiasm. In addition, the policy itself differs. A study by the Kaiser Foundation compares ten different bills all varying in implementation, access and extent.

The ambiguity in the basic definition of a policy central to some Democrats’ platforms leaves it wide open to negative branding and publicity. This is not to say that nuance doesn’t factor into complicated policy decisions—it very much does—and nuanced and detailed proposals are vital to any robust government program. However, any nuance is lost and inevitably becomes irrelevant when the opposing party has cast a wide branding net over a vague term which has come to define all Democratic healthcare reform.

Republicans have an admittedly easier task; they aren’t the party of healthcare reform. Republicans’ main action in the healthcare debate has been a string of numerous and sometimes futile attempts (see the Senate vote in 2017 on repealing Obamacare) at repealing Obamacare without providing a viable alternative. Democrats, on the other hand, have taken up the project of healthcare reform for many years now, and as such, the burden of proposing structurally sound alternatives and marketing them effectively fall on the Democrats.

Medicare for All has been easily, and somewhat successfully, branded as the unstoppable gateway to socialism by Republicans. There are numerous simple rebuttal points to this. For example, there are countries which have single payer healthcare systems which aren’t socialist countries—take the UK for example. While the country has a government funded healthcare system which citizens have the option to purchase, they are by no means a socialist country. This lack of clarity signals both the ability of the Republican party to negatively brand policy ideals which they disagree with and the failure of the Democratic party to consolidate their message clearly.

The “Defund the Police” movement suffers a similar problem: it doesn’t have a clear definition and is therefore easily misconstrued. Defunding the police, however, is a little different from the Medicare for All example. It is not a mainstream Democratic goal: while Medicare for All is not championed by many Democrats, it is a more popular and concrete political goal. Instead, “Defund the Police” is an idea mostly held by hard progressives and liberals; Republicans have just branded it to look like a mainstream Democratic policy.

A brief google search can tell you that there isn’t an agreed upon definition for the “Defund the Police” movement. According to CNN, it holds various definitions that can range from abolition to reallocation. As the Stanford Law Review succinctly puts it, “To ‘defund’ is a plastic and malleable term in the context of policing. Each of the above reforms could literally defund the police, yet only some of these reforms fit within the frame of grassroots activists’ demand to ‘defund the police’ in this moment.”

Polling, like with Medicare for All, varies vastly based upon the nature of the polling question. According to Vox, a poll showed some 70% support for “having taxpayer dollars reallocated to ‘pay for a health care professional to go to a medical emergency, instead of an armed police officer.’” The support however, for the statement of defunding the police is much lower, falling under 30%.

The most concrete, and probably the most agreed upon, definition is that “‘Defund the Police’ means redirecting funding away from the police department to other government agencies funded by the local municipality.” Even still, without this clearly communicated definition, Republicans have managed to spin the concept into something it’s not.

Representative Jim Clyburn, “has repeatedly denounced calls to ‘defund the police’ as ‘sloganeering’ that harms the overall cause of the Black Lives Matter movement.” In addition, according to NBC, President Biden, on a call with civil rights leaders argued: “‘That’s how they beat the living hell out of us across the country, saying that we’re talking about defunding the police. We’re not. We’re talking about holding them accountable.’”

In fact, the negative branding became so bad that the administration pushed back on the allegations that they are trying to defund the police by arguing that Republicans are the ones defunding the police by failing to rebuke the Capitol attack which took the life of an officer and injured several more.

Defunding the police, critical race theory and socialism have become Republicans’ punching bag and scapegoat. In the recent Virginia election, in which Democrats lost a key gubernatorial race, Republicans groups launched ads, using these specific keywords and targeting issues which are niche issues amongst Democrats in Virginia.

The above examples may not necessarily be the most pressing issue on voters’ minds, but the Democratic party has left themselves wide open to vulnerabilities by failing to consolidate their message into a clear and cohesive one. With a critical midterm election up, a presidential election in a few years, and an administration with a low approval rate, there needs to be a shift in the way Democrats market themselves.

The Democrats recently scored a huge victory with the passing of the infrastructure bill, a $1.2 trillion package that works on universalizing internet access and building climate conscious roads and bridges, safety, among other numerous initiatives. This is a big win, and it needs to be marketed accordingly. The bill was passed on a bipartisan basis with nineteen Republican senators voting for the bill.

So why hasn’t this received its deserved attention?

The issue with branding is that Democrats have a self-imposed moral high ground they feel the need to stand on. Six house members voted against the passage of the infrastructure bill on the basis that it was not passed alongside the Build Back Better act and does not adequately address other important issues. There’s several problems with this reasoning:

Progress is not the antithesis to perfection. We can’t block key legislation on the grounds that it does not address the full extent of all issues in our country—progress of any sort is simply impossible otherwise. As such, incremental progress, like the infrastructure bill, which is climate conscious and strives towards a more equitable society, is necessary both politically and for the sake of progress. Democrats should look to make large, systemic and dramatic changes, but it shouldn’t come at the expense of moderate progress.

This is not to say that representatives should not stick to their principles; standing your ground is admirable, but voting against policies that make incremental progress towards a desired ideal seems wholly unintuitive and contradictory to any sort of possible progress. As such, Democrats cannot afford to shoot themselves in the foot by holding themselves to an unattainable standard of perfection. Democrats can and should aim high, but holding themselves to a moral high-ground is counterproductive.

Democrats have had huge policy wins in the past years. Between Obamacare and this infrastructure bill, Democrats need to carry these wins high by consolidating their message and branding the success of these proposals. It’s important for Democrats to get ahead of any negative branding by Republicans by reclaiming the narrative and proudly promoting their accomplishments.