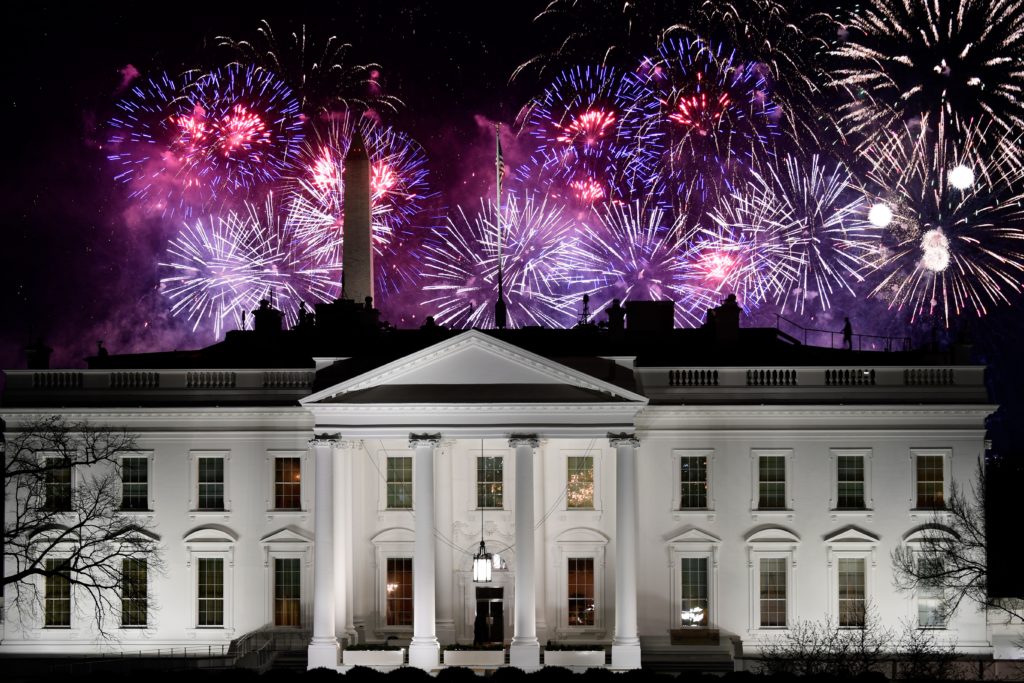 The Fragility of Representative Governance and the Need to Protect It

Democracy is the most common form of governance. By 2017, there were more democratic than autocratic regimes in the world, a trend since the 70s.

Rudimentarily, we describe there as being two forms of democracy: representative and direct. But in truth, no country in the world is a full direct democracy; every democratic country utilizes representation. A voter has the power not to participate in law-making themselves, but instead to elect those responsible for law-making.

There are obvious logistical advantages to representative forms of governance: in large countries, representative democracies allow the relative involvement of a mass population without the logistical complications of direct participation. In addition, a growing worldwide population provisions for the necessity of adopting modernized governmental systems.

Although representative democracy avoids logistical complications, it is vulnerable to other issues. Even in stable democracies, power is easily concentrated in and usurped by small groups and individuals. Representative democracies must be actively protected. In the specific case of the United States, our democratic condition warrants reform.

Mill, in Considerations on Representative Government, asserts that, “the ideally best form of government is that in which the sovereignty…is vested in the entire aggregate of the community, every citizen not only having a voice in the exercise of the ultimately sovereignty, but being, at least occasionally, called on to take an actual part in the government.” Mill quite vigorously decries monarchy and instead proposes representative governance as the ideal alternative. As positives, Mill points to representation as a means to mass enfranchisement and involvement of the greater populace.

However, Mill erects certain qualifications to be one such representative, positing certain “intellectual attributes” and a high level of education as prerequisites for serving in government and, even more broadly, participating in democracy.

Mill, however, is not alone in erecting certain qualifications for representation. The French Revolution included several thinkers who further articulated the desire to gatekeep representational positions. While thinkers of the French Revolution were not the founders of representative democracy, the revolution exemplifies a drastic political shift: from monarchy to a more democratic form of governance. During this transition, several French political minds pondered the nature of the transition and the ways in which governance would have to change post-monarchy.

Edmund Burke, a British lawyer and a particular influential thinker, ardently opposed the French Revolution. Burke’s conception of representative governance is particularly concerning. Burke believed that representatives, once elected, owed nothing to their electorate; the judgement of the representative was independent of the will of their constituency. This is inherently anti-democratic. Allowing representatives this kind of freedom inevitably concentrates power and is wholly contradictory to democracy as a concept.

We can’t, however, pretend that Burke was ever striving to be democratic. That being said, he was taken seriously as someone who wrote on representation and representative governance. His conception of the representative included someone who has an “enlightened conscience” and who is “respectably composed, in point of condition in life, of permanent property, [and] of education.” The elitism at play here is obvious. Burke rejected mass enfranchisement and argued that certain qualifications were necessary to participate in governance. He went insofar as to advocate for the independence of the representative undermining any possibility of mass enfranchisement.

Emmanuel Sieyes, another important figure during the revolutionary period, was a member of the French third estate, the non-elite members of society, belonging to neither the clergy nor nobility. Like Burke, Sieyes also wrote on representative governance during the period of the French Revolution. But unlike Burke, Sieyes defended and wanted to encourage mass enfranchisement.

But Sieyes did not advocate for full enfranchisement; he still believed that the government ought to require ownership of property as a prerequisite to be a representative, effectively excluding the working class from full representation in government. Although they differed in theses and conclusions, both Sieyes and Burke embodied elitist tendencies.

This is not to say that all conceptions of representation invoke elitism and gatekeeping. Maximilien Robespierre, one of the driving members of the revolution, was very committed to enfranchising the entire working class while also dismantling historical qualifications for representation. He opposed property ownership and membership of a certain class (among many other things) as qualifications for participation in government.

The United States, although considered a stable democracy, is vulnerable to the kinds of power concentrations that arise in theoretical conceptions of representative democracy. Power may seem dispersed amongst the populace in the United States. The reality, however, is that there is a difference between the quantitative value assigned legally to certain positions of power and the qualitative power that such positions can exert. In other words, the application of power differs from what is legally prescribed.

A prime example of this is the Senate, arguably the most powerful political institution. Able to pass legislation, determine budgets and single-handedly approve presidential appointees. While the Senate supposedly allows each state to have equal representation, it also allows heavy concentrations of power, especially during times of gridlock. The innate problem is that the Senate, arguably the most powerful institution in the government, is inherently imbalanced by assigning states with unequal populations equal votes. Gridlock, specifically in America’s representative system, magnifies power imbalances, revealing the true depth of the Senate’s institutional power imbalances.

A prime example were the negotiations around the Build Back Better bill which placed an enormous focus around the cooperation of one senator: Joe Manchin. Legally, each senator supposedly has equal power with other senators, but in this particular situation Senator Manchin has been able to single-handedly stall talks. Blame shouldn’t be solely assigned to Manchin; after all, there are 50 Republican Senators who refuse to budge on the talks. But on the whole, these Republican Senators were not the ones negotiating. Manchin’s vote as the one Democratic holdout placed, in his hands, enormous power to shape and change legislative outcomes as he so chooses. As such, the unintended consequence of representative government is that power is not distributed equally between representatives.

Ironically, Manchin, in a press conference, said that it was time elected officials “stopped playing games with the needs of the American people…” But in truth, Manchin and 50 Republican senators refused to support a bill that has nearly 66% of the country’s support. While Manchin is just one of supposedly equal 100 senators, his relative power is undoubtedly and inherently amplified in situations of gridlock.

Mitch McConnell is another prime example of this phenomena. During his tenure as Senate Majority Leader, Mitch McConnell was able to arguably define politics for the foreseeable future, and did so in an authoritative and sinister way. The effects are further apparent in the judiciary. After blocking the Supreme Court nomination of Merrick Garland during President Obama’s term, McConnell, without a supermajority, successfully appointed one-third of the Justices on the Supreme Court. That in itself will define American legal jurisprudence for a generation. But his ability to effectively single-handedly dictate judicial outcomes did not end there. Mitch McConnell, the self-described “grim reaper” of the Senate, was instrumental in stalling Democratic agendas through not only the back end of the Obama presidency, but even during the House’s Democratic majority in the second half of President Trump’s term. Using the filibuster, McConnell  blocked legislation and judicial nominees alike.

A Focus on the Politician

If there is anything that the above examples have illustrated, it’s that representative forms of governance have an emphasis on the powers of the politician. Mill, Burke, and Sieyes are all particularly concerned with the nature and supposed required qualifications of the representative and the qualifications a representative must have. Similarly, they are all focused on the concentrations of power in people and individuals.

As such, we are led to understand one of the major pitfalls of representative governance: it emphasizes the politician rather than the politics.

This is exemplified by systems like the electoral college and principles like incumbency advantage. In the U.S., we don’t elect policies, we elect politicians. Sure, politicians come with political agenda, but in reality, the U.S election system is about electing people.

In the Senate, the incumbency advantage is a principle by which incumbent nominees are much more likely to be re-elected come election season. Senate races “are often predetermined, with over 80 percent of incumbents reclaiming their seats since 1964.” The incumbency advantage essentially presupposes a likely winner and eliminates the possibility of a democratic election where there is a true free choice between candidates. It is evidence aplenty that representative systems of democracy are, in certain aspects, not truly democratic.

The electoral college is another prime example. It allows unequal distribution of power amongst individuals from certain states. The voting power of white, swing state voters is “magnified” in the electoral college. As such, according to Vox’s empirical analysis on the electoral college, “campaigns tailor their messages for swing voters, who are not demographically representative,” giving unequal power to voters from states such as “New Hampshire, Colorado, Nevada, Wisconsin, and Pennsylvania.”

The Consequences & A Conclusion

So what are the actual consequences on such concentrations of power and the overemphasis on the politician? The most obvious example was the January 6th Capitol Attack. But the Capitol Attack was not a standalone event, it was the culmination of principled violations of norms. The Trump presidency, as a whole, did not just destroy American democracy, it exploited an already-vulnerable political system.

Between the impeachment proceedings and the Capitol Attacks, the inability of the Senate to hold the Executive accountable was stark evidence that our political system concentrates power in the hands of those who do not serve our country as they should. We were blind to these problems when executives weren’t particularly hostile to the democratic norms of our country. But we have come to see how fragile our democracy is. A president was able to effectively bribe a foreign nation and incite an attack on the centerpiece of our democracy.

Theoretically, there are mechanisms that supposedly prevent such concentrations. But are they really sufficient if they don’t work?

We have often taken our system of governance for granted, but like all systems, ours needs to be protected and fought for. Representative forms of government are not a self-protecting system. The past few years have made that immediately clear. Our political system deserves protection and insulation from hostile political actors, and as such, immediate and robust democratic reform is needed. We may not be at the political stage for this kind of massive undertaking, but the issue is persistent and will remain. We may not currently have a hostile regime in place, but we can’t afford to wait for another before reform becomes a priority—it should be a priority now.