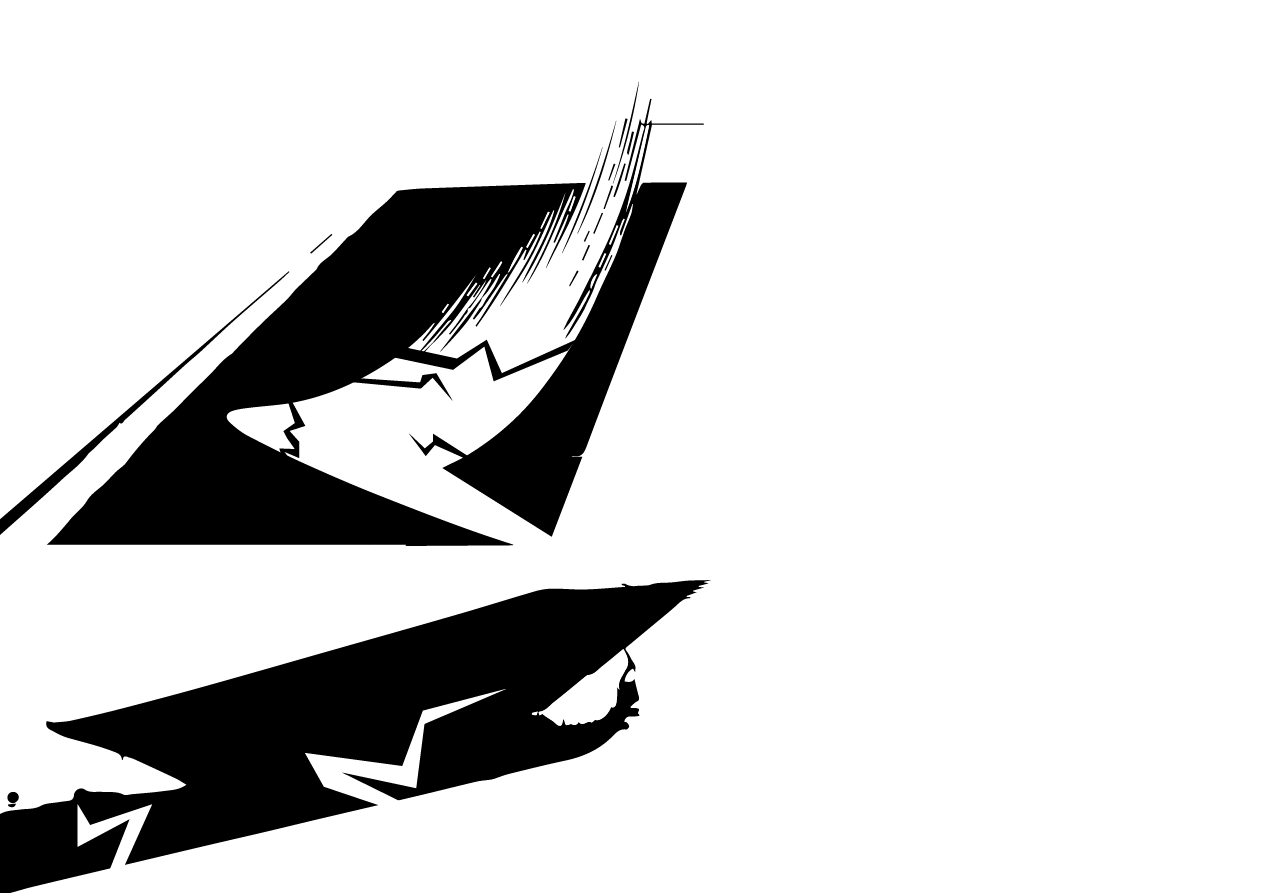 The image of a Cathay Pacific 747 on final approach towards Kai Tak Airport, making a sweeping turn over Checkerboard Hill, mere feet above the sprawling concrete apartments and neon signs of Kowloon, forever remains ingrained in the consciousness of Hongkongers as a symbol of their city. Today, people can no longer witness this sight in person as Kai Tak closed in 1998, a year after the return of Hong Kong to Chinese jurisdiction. Losing a treasured part of its history, however, did not stop Hong Kong from cementing its status as one of Asia’s premier trading and transport hubs. At the center of representing Hong Kong’s prosperity, heritage and influence throughout the globe was Cathay Pacific, which established itself as one of Asia’s leading airlines. Despite its reputation and past success, however, Cathay Pacific’s fortune took a turn for the worse during the last few years, encountering both internal and external turbulence: Hong Kong’s political turmoil and the COVID-19 pandemic.

The Two-Pronged Threat, Part I: COVID-19 Pandemic in Hong Kong

As countries all over the world closed off their borders, including China and Hong Kong, Cathay Pacific encountered a sobering reality: the airline, in effect, could no longer conduct flights. Much like its competitor Singapore Airlines, Cathay Pacific has no domestic flight network to fall back on due to Hong Kong’s geographical size. Although Hong Kong belongs under Chinese sovereignty, the territory manages its own border policy, and the Hong Kong government chose to block all forms of public transport to and from the mainland early in the pandemic. This prevented Cathay from flying to the rest of Mainland China, a major source of revenue for the airline. The pandemic, already devastating to the global aviation market, was even more so for an airline like Cathay Pacific that relies solely on international traffic to earn revenue. The airline is estimated to carry only around 10% of its passenger capacity for 2020, while forecasting less than 50% capacity for the whole of 2021. With the Delta variant continuing its rampage across the world, Hong Kong’s low vaccination rates and the Hong Kong government’s refusal to give up on near-total border closure, Cathay’s woes will likely persist until at least next year, incurring even more losses on the already struggling airline.

However, Cathay Pacific’s turmoil began almost a year before the pandemic wreaked havoc on the world’s aviation industry. Although they may seem like a distant memory due to the chaos of the past 1.5 years, the 2019 Hong Kong pro-democracy protests and their repercussions thrusted the airline into disarray.

On the business end, the protests made a severe impact on Cathay’s bottom line. Protestors occupied Hong Kong’s Chep Lap Kok International Airport during August 2019, paralyzing operations at Cathay’s main hub for days. Unrest within the city proper also deterred all manners of potential passengers, such as business travelers venturing to Hong Kong’s financial district to tourists wishing to witness the city’s unique culture. A Hong Kong Tourism Board official estimated that visitor numbers faced a sharp decline during the months when the protests peaked in intensity.

The subsequent maximum pressure campaign placed on Hong Kong’s businesses by the Chinese government further dented Cathay Pacific. The airline fired numerous employees who voiced support for the protests, sending shockwaves down much of the airline’s then-26,000 strong workforce. As employee morale sunk to new lows, Cathay Pacific’s then-CEO resigned due to political pressure from Beijing. Authorities in Beijing even went beyond saber-rattling to pressure the airline to conform to their political views. China’s civil aviation regulator threatened to declare the airline as unsafe to fly because of its employees’ participation in protests (a move that would have potentially grounded all of Cathay’s flights if regulators chose to escalate tensions), while two of China’s biggest banks punished the airline with boycotts and stock downgrades. Hong Kong’s flag carrier became the Chinese Communist Party’s whipping boy, made into an example towards Hong Kong’s business lobby to demonstrate the consequences of not upholding the Beijing authorities’ political stance.

To the dozens of other multinational companies that possessed operations in Hong Kong, Cathay’s total capitulation to Chinese political interests came as a rude awakening to resident businesses and investors. David Webb, a noted investor based in Hong Kong, called the airline’s efforts to appease the Chinese government as “shameful” and “damaging” to its treasured brand in an excerpt quoted by The Economist. Anti-government protestors denounced the once-beloved airline for firing staff who supported the pro-democracy protest’s causes; they compared Cathay and Chinese regulators’ actions to the “White Terror”, an infamous era of martial law and bloody repression of opposition in neighboring Taiwan. Cathay’s political kowtow, made in desperation to avoid devastating operational consequences, caused irreparable damage to a brand that flaunts its connection with Hong Kong as inseparable.

First battered by political interference and chaos in its home base, then devastated by the COVID-19 pandemic, Cathay Pacific’s future prospects remain uncertain. Hong Kong’s government gave the city’s flag carrier an unprecedented $5 billion USD bailout in June last year to keep the airline afloat, but as global air travel remains stuck in quagmire, the airline flies against the odds on the road to recovery.

Even if the global aviation market recovers to its pre-pandemic state, however, Cathay may never return to the heights it once reached. Fierce competition from Middle East premium carriers like Emirates sap Cathay’s foothold in the prestige market. Mainland Chinese carriers continue to undermine Hong Kong’s status as an aviation hub for China through their relentless international expansion. Budget carriers eat away at Cathay’s once-dominant regional market share. These troubles cloud the airline’s future outlook, and by extension Hong Kong’s primacy in transport. All of Cathay’s competitors suffered from the pandemic’s toll, but unlike Cathay, they do not also have to deal with the political pressure that accompanies its status as Hong Kong’s flag carrier, a symbol of the territory’s unique history and prosperity. Financial realities exemplify the airline’s long-term difficulties: even after cutting 8,500 jobs and shuttering its Cathay Dragon subsidiary, the airline still suffered a loss of $977 million USD in the first half of 2021, carrying 96% fewer passengers than it did before the pandemic.

To Hongkongers, Cathay Pacific’s troubled future brings unsettling parallels to the potential fate of their beloved city. The city’s inhabitants took pride in their hometown airline because it symbolized the rise of Hong Kong from a backwater fishing town to one of the world’s centers for finance, commerce, and travel. Cathay Pacific started out as a small-time cargo carrier shipping supplies out of a Hong Kong devastated by World War II. As the then-British colony grew into one of the world’s eminent metropolises, so did Cathay: the airline played a crucial role in linking Hong Kong and the rest of Asia with the world’s most glamorous cities. The famous brushstroke logo and its seemingly endless reach at airports across the globe epitomized the territory’s influence, an influence disproportionate to its size. But Cathay Pacific’s sad, potentially irreversible decline may put paid to Hong Kong’s status as Asia’s premier transportation hub forever. Fierce competition from old rivals such as Singapore or Tokyo, as well as relative newcomers such as Shanghai and Shenzhen, all threaten to erase the luster of Hong Kong’s reputation as Asia’s leading business hub and a global city, mirroring Cathay’s recent struggles with competition. The city and its inhabitants now face the daunting challenge of confronting its decline while being engulfed in socioeconomic and political strife. For a place that just had its political autonomy torn apart by authorities in Beijing, losing the airline that proudly calls Hong Kong home will deal yet another catastrophic blow to its sense of identity.