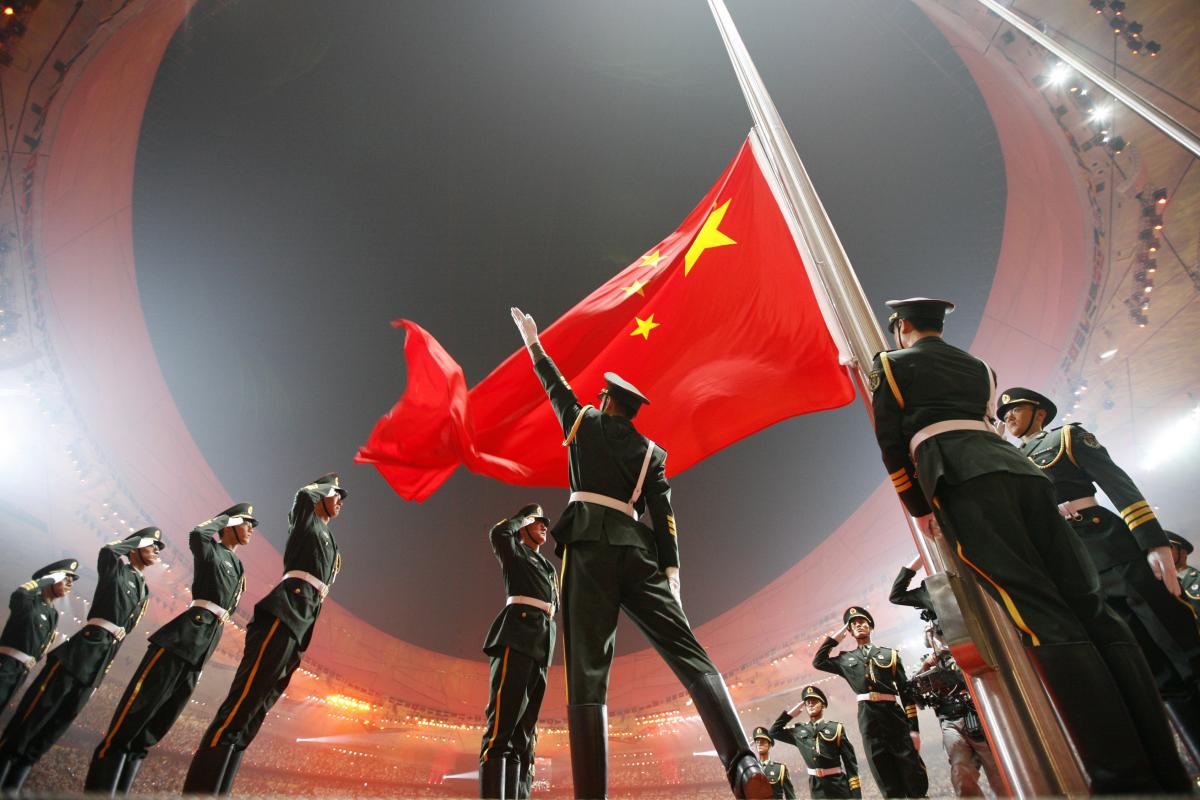 China Picks Up Where the West Has Failed

Nobody said democracy was easy, but the concept of a liberal democracy championed by the US and democratic European nations has taken a massive blow in the last year with its two biggest projects. Afghanistan and Myanmar are known as major sources of opium, and now also as failed Western experiments to try and bring democracy to developing nations once under authoritarian rule. Both have reverted to their former authoritarian selves that preceded their dalliances with democracy, and the West, in response, has decided to try and stonewall them. Sanctions and withdrawal of development aid are now the sticks where the carrots of democracy and free trade have failed. These countries are not scared; their leaders, knowing the violent ends they are likely to meet if they back down now, are turning to a new ally, one that does not judge nor is belligerent to them and represents a direct challenge to Western hegemony. The rising People’s Republic of China is now acting as the new patron of these states in the place of Western democracies. Human rights abuses and restrictions of freedoms are features that these nations have in common rather than points of contention. China’s support of these states could result in material improvements for their peoples, but it also means the continuation of harsh authoritarian regimes and an expansion of Chinese foreign influence.

In Myanmar, China is picking up where the West, specifically Japan, the International Development Association, US, and UK, has left off, providing funds for the economic development of the country with clear expectations for their assistance. Under the junta, China has recently funded, built, a new railway line and deep-sea port connecting China through Myanmar with the Indian Ocean as part of the China-Myanmar Economic Corridor (CMEC), the purpose of which is to help China bypass the congested strait of Malacca and give them access to the trade-rich Indian ocean. Myanmar gets in return a free railway and port that links its major economic centres, an infrastructure project that would have taken Myanmar years to achieve on its own. China’s landlocked Yunnan province borders Myanmar and would be the beneficiary of this new major trade route, receiving revenue from trade where previously there was none. The Chinese will also seek to restart the controversial Myitsone dam project which had been halted under the previous democratically elected administration on the issue that 90 percent of the energy generated by the dam would go straight to China rather than Myanmar, a poor deal considering the harmful ecological impacts of its construction on local groups such as flooding the ancestral lands of the local Kachin people, as well as ruining the downstream agricultural and fishing industries that rely on the river. Opposition to that plan will likely be more limited now that the junta is more reliant on Chinese support for its survival. China is also the second-largest permitted foreign direct investor in Myanmar as of the 30th of September 2021, a close second to Singapore, its accumulated contributions making up 25 percent of Myanmar’s foreign aid. The UK, the West’s largest investor in Myanmar, is fifth with its cumulative investment contributing 8.26 percent of Myanmar’s total existing foreign aid. All future aid from the UK has been halted and is under review as a result of the coup, which leaves the door open for Chinese consolidation. All of these factors indicate that China is the next major player in Myanmar’s economic development.

China’s goals for Afghanistan are very similar to those it has for Myanmar, but the situation has additional complications. Whereas Myanmar is an area of previously untapped resources and trading opportunities, Afghanistan represents a potential threat as much as it is a potential trading partner. While not without its own material wealth and potential, it is also a source of Muslim extremism. China’s human rights abuses of the primarily Muslim Uighur population in Xinjiang province, which shares a border with Afghanistan, are a potential obstacle in their relationship, with Chinese officials fearing that Afghanistan might be a source of terrorists seeking to retaliate against these abuses. China’s own history of human rights abuses, however, likely also means it will refrain from interfering in the Taliban’s own policies, something the Taliban would appreciate and require in a potential investor.

China has even made opening offers to add Afghanistan to the China-Pakistan Economic Corridor (CPEC), a step which Pakistan and Afghanistan have been receptive to. However, concerns about this relationship are already causing setbacks, with Chinese workers on the project having been killed by terrorists trained in Afghanistan in August of this year. Unfortunately, this was not an isolated incident. The project has not been halted nor have any statements placing blame for the attacks been issued, so it seems the project will continue despite these incidents. But, they can’t be helping matters. China will also be looking to secure Afghanistan’s mineral deposits which by conservative estimates are worth close to a billion dollars. It has already resumed mining on the Mes Aynak project, which the Taliban has promised to protect in order to safeguard the new relationship. China will try to capitalize on the new situation, already having given the Taliban a warm welcome after its ascendance to power. The Taliban will reciprocate for the badly needed revenue and has tried to assure the Chinese government that it will not try to interfere in Chinese internal affairs despite its commitment to Islamic causes. The issue for this relationship is that the Taliban needs to ensure for the most part that its extremist cohorts does not attack China and jeopardize the situation, and China must not be too heavy-handed in the handling of its Muslim population in order not to anger its new trading partners.

China’s aid to these countries is not inherently a bad thing. These developing nations are in dire need of it, even more so since the west has withdrawn its help and has begun imposing sanctions, which are typically strategically aimed at targeting the personal assets of individuals involved in or supporting the authoritarian regimes. Previous experience, however, shows that blanket sanctions can harm innocent people more than the intended targets, and it is also clear that an absence of development aid for these countries is a significant issue. The lack of competition for influence alone means Chinese initiatives have no foil and can dictate terms in their own favour.

In Afghanistan alone in the aftermath of the Taliban take over, the US, along with halting its development projects, has frozen 9.5 billion dollars’ worth of the Afghan central bank’s assets. Furthermore, the European Union and the UK have withdrawn their significant aid programs, the IMF has blocked 460 million dollars of aid for the country, and the World Bank has ceased all aid funding, leaving only a select candidate left to fill the void. Myanmar and Afghanistan are also simply developing nations that badly need development aid and investment. In 2019, 75 percent of the Afghanistan government’s expenditures were from international grants; their sudden removal would be devastating, and the Afghan people are likely to suffer as a result. The fact that the West forcibly created this dependency makes the sudden withdrawal a cruel scenario for those people. Myanmar is in less of a perilous position, but it still urgently needs development aid in order to address its issues and raise its people out of poverty. A UN Development Program report found that the coup could result in 48.2 percent of the country’s population living in poverty, a major backslide from the former level of 24.8 percent achieved in 2017. China is filling gaps that the West has left, and these states will appreciate that.

Arguably, this relationship of being able to dictate terms of development is something the US has possessed over the past few decades following the collapse of the Soviet Union, and they have not shied away from supporting authoritarian juntas when it was convenient. But it must be pointed out that while not without fault or error, the West at least has the benefit of being run by democratic systems, a degree of accountability that is not shared by the Chinese state or the CCP who takes its cues from Xi Jinping, and whose decisions regarding Hong Kong and Taiwan certainly paint a picture of a leader not interested in democracy or liberties. China’s funding and support of these undemocratic systems in Myanmar and Afghanistan are severely impacting their peoples, as their practices and policies are harming and killing people for wanting to express liberal values and concepts.

The West is still issuing aid to these nations, primarily in the form of humanitarian assistance such as medical supplies, emergency rations, and basic needs packages— nothing that could directly aid the authoritarian governments’ positions of power. Myanmar recently received approval for 50 million dollars of humanitarian assistance from the US to help with the fallout from the coup, and Afghanistan has recently been approved for 64 million dollars of humanitarian aid from the US as well. The aid is critical, but it is a band-aid solution for problems that require long term development aid.

All of these factors speak to an untenable scenario in which western countries need to reconsider their policies towards governments that they condemn. Starving them out into democracy with sanctions is not really a viable option, as they now have an alternative purse to turn to. Giving them a completely cold shoulder in terms of trade only seems to entrench these authoritarian regimes and gives China greater leeway as their sole trading option. Supporting authoritarian regimes in the same way as China is not an ideal option from a moral or ideological standpoint. The West needs to figure out an alternative strategy to this problem, or it runs the risk of not only allowing authoritarian regimes to survive and function but also leaving room for a growing Chinese dominance overseas.

James Freeman is a staff writer for the online section, studying Political Economy. He is mainly focused on international relations, specfically Asian and European politics.