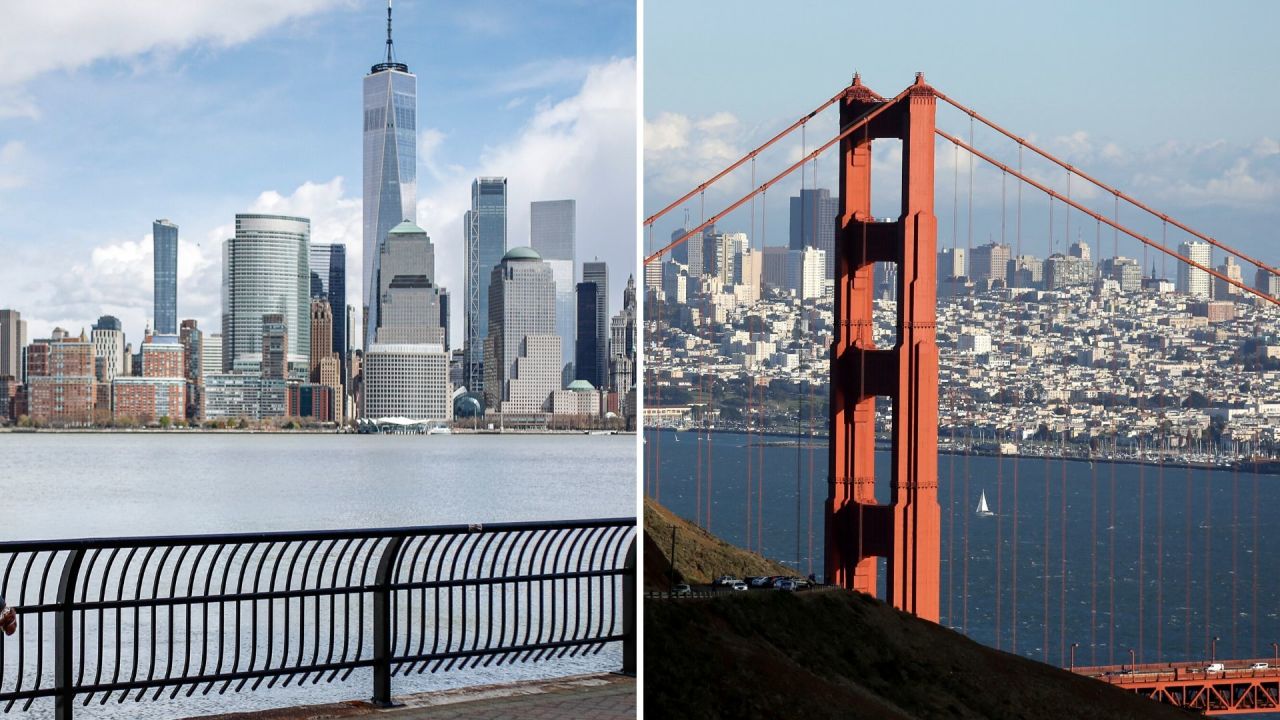 New York and San Francisco have quite the reputations for their homeless populations, but there is one key difference between these two cities. Although New York City has a similar rate of homelessness to San Francisco, only 5% of homeless New Yorkers were unsheltered in 2020. On the other hand, nearly 75% of San Francisco’s homeless population was on the streets, sleeping in tents without a proper roof over their head. While various news sources have applauded New York City’s efforts to eliminate “street homelessness,” a U.N. official was horrified at the crisis in San Francisco, describing the city’s lack of adequate response as “cruel and inhuman treatment… [and] a violation of multiple human rights, including rights to life, housing, health, water, and sanitation.” So why is the nature of homelessness vastly different in these major U.S. cities?

First, it is important to recognize that the reasons for homelessness in both of these cities are generally quite similar. One of the primary reasons both cities experience such high rates of homelessness is simply the lack of affordable housing. New York and San Francisco consistently rank as two of the most expensive cities to live in the U.S., taking first and second place respectively in 2019. Over the past decade, rent has steadily increased in all five boroughs of New York City, while wages have not grown at the same rate. According to a study done by the National Low Income Housing Coalition and analysis by NBC New York, “a minimum wage worker would have to work at least 99 hours per week to afford a one-bedroom rental home with a fair market rent.”

San Francisco’s situation mirrors that of New York’s, except with a slightly different source; many people point fingers at the tech boom as the reason why the homelessness crisis has gotten worse. When software engineers and tech workers began migrating to San Francisco, they drove up the rent prices, and with their generous salaries in the tech industry, they became the only ones who can afford them. According to a Brookings Institute study, San Francisco has the second-highest level of income inequality in the country, just behind Atlanta, Georgia. In fact, San Francisco’s income inequality gap increased faster than any other major U.S. city between 2007 and 2012.

Thus, lack of affordable housing coupled with growing income inequality in the past 4 decades has exacerbated this crisis. Both New York City and San Francisco’s homeless population has increased, and their demographics have changed as well—there are now people with full-time jobs who can’t afford rent in the city.

But what has New York done that San Francisco hasn’t?

Some attribute New York’s success of sheltering its homeless population to the natural landscape and infrastructure of the city, given that New York City is simply larger than San Francisco. While New York is 302 square miles, San Francisco is only approximately 47, meaning New York’s homeless population is much more spread out and less concentrated in certain areas. Furthermore, others have suggested that there are more abandoned buildings and a more expansive public transport system in New York, offering the unsheltered more places to stay temporarily, keeping them hidden from the public eye.

The most straightforward answer to why the homelessness crisis presents itself differently from San Francisco would be that New York City has a long history of “right to shelter,” a legal guarantee of “temporary emergency shelter to every man, woman, and child who is eligible for services, every night.” The right to shelter came from the landmark 1979 New York State Supreme Court case Callahan v. Carey, in which attorney Robert Hayes argued that New York had a legal obligation to provide shelter for whoever needed according to its constitution which stated: “the aid, care and support of the needy are public concerns and shall be provided by the state and by such of its subdivisions.” As a result of this right to shelter mandate, New York is legally obligated to provide a bed for anyone who seeks one.

On the other side of the country, San Francisco lacks such a mandate, which explains why street homelessness has a larger presence in the city compared to New York. Despite the situation, there has been a lack of urgency to address the crisis.

There are myriad factors that contribute to San Francisco’s inaction. For instance, homelessness in New York may be a more critical issue for the city to address than in San Francisco given the cold winters and hurricane seasons, leaving officials forced to shelter the homeless rather than cruelly leave them on the streets. On the contrary, San Francisco doesn’t have the same problem—the city’s moderate climate has fostered this sense of complicity at the government level that people can in fact survive and live outside.

Additionally, unlike New York which has the right to shelter embedded in its state constitution, the California government is paralyzed by the lack of consensus as to what to do in general. While some hope to use state resources to invest in shelters, others believe temporary shelters are merely a band-aid solution and instead advocate for investment in permanent housing. In turn, this unproductive debate has failed to produce any successful plan in addressing the homeless crisis. This is seen in the lack of shelters in San Francisco, which are only capable of providing beds to 40% of the homeless population.

Although New York has been evidently more successful than San Francisco in sheltering its homeless population, even New York’s approach to tackling the homelessness crisis is still an impermanent solution to a seemingly permanent problem. This is especially evident in both the cities’ failed responses to the COVID-19 pandemic for the homeless.

Unlike the average person, there is no social distancing or staying at home for the homeless. It means more tents situated closely next to each other, congested in one area. Perhaps unsurprisingly, this was seen in San Francisco when COVID-19 was first declared a pandemic and shelter-in-place orders were enacted. Much of San Francisco’s homeless population was left on the streets: San Francisco shelters began to reject new residents in an effort to protect their currently housed residents from the disease, making the situation even trickier for those left with nowhere to go.

Regardless of the worsening of the crisis, Mayor London Breed failed to deliver an adequate solution. For instance, in response to the increase in tents in the Tenderloin Neighborhood, Mayor Breed launched the Tenderloin Neighborhood Plan, which aimed to improve access to public restrooms and garbage disposal for the homeless in the neighborhood. This solution, however, still fails to address the number of people forced to live on the streets at the start of the pandemic. Meanwhile, the city’s hotels were also off-limits to many homeless individuals, only housing those who had tested positive or were considered the most vulnerable.

Despite New York’s achievements in sheltering most of its homeless populations, New York City’s response to the homeless was generally similar: there was a lack of adequate shelter in an effort to maintain social distancing rules. Although the pandemic posed these new complications that made it difficult for shelters to accommodate everyone they could, hotels that could have been utilized simply weren’t. In fact, the Legal Aid Society sued the City of New York in October 2020 for its failure to provide safe shelter to the homeless amidst the pandemic despite there being an abundance of vacant hotel rooms.

As a result of lack of shelter and safer living conditions, the COVID-19 mortality rate among the homeless was 49% higher than the New York City average. While such data is unclear for how COVID-19 has affected the homeless population in San Francisco, recent studies reveal that deaths among the population were up 123% in 2020, likely due in part to fentanyl drug overdoses. These individuals weren’t able to receive medical attention as a result of the pandemic, in which the new normal now encourages virtual appointments with doctors to minimize the number of walk-ins at a hospital.

At the same time, San Francisco’s homelessness crisis is just more pronounced than New York’s given its stronger presence on the streets, suggesting an image that the city has become compliant with letting its citizens sleep without a roof over their head, a reality polar to the tech headquarters just blocks away, a physical representation of these growing disparities. Especially in light of the pandemic, there must be actions beyond shelters to truly affect change in order to fully remedy the homelessness crisis.