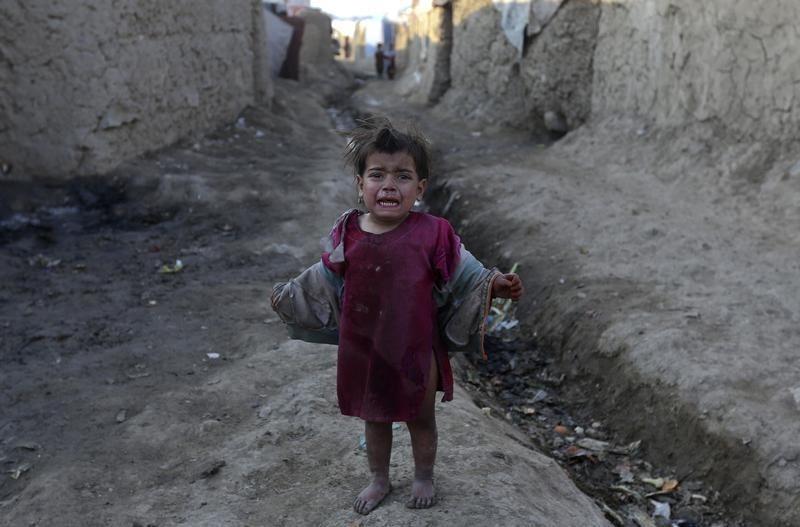 On August 30th, 2021, after 20 years of military occupation, the Pentagon announced the completion of withdrawal of US forces in Afghanistan. Marine Gen. Kenneth “Frank” McKenzie stated, “The last C-17 lifted off from Hamid Karzai International Airport on August 30th, this afternoon….” Weeks prior to the withdrawal, Taliban forces had swiftly regained control of much of the country to the ‘surprise’ and dismay of the Biden administration. In weeks, the Taliban were able to overrun the appointed government of Afghanistan and capture back large swaths of land.

In the aftermath of the withdrawal, a trend had started to emerge on TikTok. Released in September of 2016, TikTok is a “short form, video-sharing app that allows users to create and share 15-second videos.” With over “one billion active users” and growing, what makes TikTok so special is its ability to tailor specific content ensuring consistent use. Another important aspect of its interface is its vast library of audio content. When trends begin to pick up momentum, users can participate by employing that same audio and over time that audio can quickly amass thousands of unique videos with the same exact audio for each. The trend that picked up steam on TikTok, post withdrawal of Afghanistan, was a simple yet illuminating glimpse of how we simplify war and the participants of it.

Thousands of videos surfaced up where videos of military deployments were accompanied by popular rap songs playing in the background. One of the more popular sounds being used was a 12-second sound bite of an unreleased song titled, “HETHEN” by artists 21 Savage, Offset and Metro Boomin. The  lyrics are as follows:

Here’s an example by user: @jamestheass.

As we can see, it iss just miscellaneous clips of what we presume to be his deployment. Shots of weaponry, aircraft and members of the military, all tied together with this song. This TikTok however had no real argument or message behind it that was specific to the war effort in Afghanistan. Yet, the publication date, September 1st, 2021 is what allows us to tie this trend together as a response to U.S. withdrawal from Afghanistan. Here’s another example of a TikTok by user @drewfromthe731 published on September 3rd that uses the same audio:

Here we see user: @drewfromthe731 sitting in front of the camera staring at us with a caption pasted on top of the video saying,

“Is it just me or are these military hype videos making you want to go out and fill out your form F*** them Taliban mf’s up….”

Although many of the TikToks that participated in this trend did not outright say what user @drewfromthe731 said, his perspective accurately represents the many users participating. Here is another example from user @jul.woj909, published on September 1st with the same style as user @drewfromthe731 who also made a specific response to the trend on TikTok with the quote:

Along with this sound, the song “Knife Talk” by Drake, featuring 21 Savage, also made headway as a popular sound to use for the background of one’s deployment clips. The lyrics used,

Chopper hit him and he turned into a booty clapper

Here is an example by user @matthew44mcdaniel published September 4th, 2021. This was a relatively simpler video with just one clip of what appears to be a javelin rocket launcher operating. It says nothing about the withdrawal of Afghanistan, but it’s publishing date follows the time period of this trend.

When considering the horrors of the war in Afghanistan, it is confounding to see how a trend like this could be produced and not only that, take off with rapid popularity. Much of the TikTok videos linked above garnered thousands of comments and shares, tens of thousands of “likes,” and hundreds of thousands of views. On top of this mass interaction that this trend accumulated, if one looks at the comments under these videos an even more vivid picture of Americans’ opinions about U.S. Foreign Policy and military conflicts abroad is painted. Highly “liked” comments include:

“Literally show this to high schoolers”

These comments indicate viewers who also watched the video agreed with the sentiment of the comments. By assessing comments like these, it is clear that Americans never really understood how destructive the war in Afghanistan had been and how much trauma and turmoil it caused at home and more importantly, abroad. Comments such as “The military is looking like a better and better option every day,” and “Literally show this to high schoolers” also reveal that this trend is and can be an effective tool to garner more enlistment.

The effect of TikTok on high school enlistment is jarring. Thoughtless videos and comments like these should not be a reason one chooses to go to war and and possibly even die. The harsh reality of war is being masked, without the full costs binge considered. Researchers at The Watson Institute of International and Public Affairs at Brown University compiled a study titled “Costs of War” which aimed to calculate “the costs of the post-9/11 wars in Iraq and Afghanistan, and the related violence in Pakistan and Syria.” The project’s goals are as follows:

The calculated death tolls in Afghanistan, according to these researchers, are as follows:

The most striking figure of the death tolls is the “Civilian Death Toll.” That is a significant number and a real world cost of the war in Afghanistan. To know or not come to reckon with this and continue to make the flashy, unrealistic and thoughtless side of war as seen on TikTok is to erase and be blind to the thousands of lives lost in this futile occupation.

Even beyond the death tolls, the war in Afghanistan also had grave economic costs. The US government expanded counter-terrorism efforts domestically and abroad. We also see spending of close to half a trillion dollars on veterans’ medical care.

Another cost of America’s war efforts post-9/11 that is hidden on TikTok feeds: Domestic officials have been able to appropriate the surplus of military equipment for local police departments for exponential militarization.

Jingoism is “extreme chauvinism or nationalism marked especially by belligerent foreign policy.” The behavior expressed on TikTok post withdrawal advocated for an even harsher sentence than the one the US had already committed to in the last two decades, hoping for “revenge.” It also advocated for wider enlistment especially directed at American youth by glamorizing deployments. The people of Afghanistan live in destitution thousands of miles away from us. The danger present in the conflict was us to them and to continue to have these ‘jingoistic’ attitudes prove a darker issue at hand and that is that vast swaths of American electorate will glorify and support the U.S. Military, without hesitation or scrutiny. The nation has done it for 20 years and can continue to. The trend is a microcosm of the American electorate’s attitudes about U.S. Foreign Policy. The US is allowed to do as it pleases and the American people are ready and willing to support without hesitation.