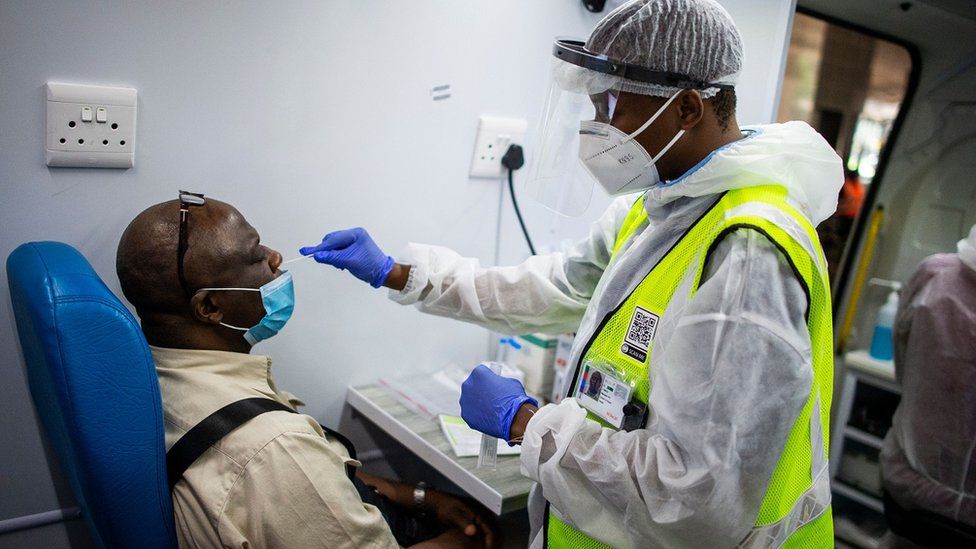 Who Calls the Shots?: Vaccine Inequity in Africa

Vaccine scarcity. Vaccine famine. Vaccine apartheid. An indictment on humanity. In whatever colorful language it is couched, the conclusion is the same: Africa is not getting vaccinated, and something needs to be done.

Since Africa announced its first confirmed case of COVID-19 in February of last year, the pandemic has broken over the continent in devastating waves. Over 8 million people have been infected and over 220,000 have died, although estimates of the true numbers vary. As cases surged, the virus bankrupted the already-strained healthcare systems of African states. Shortages of oxygen, intensive care bed units, and other critical resources coupled with a low healthcare workforce put immense pressure on hospitals, which could not keep up with the flow of patients.

As in the developed world, the innovation of the coronavirus vaccine promised a balm for the pandemic’s ravages. However, whereas over 70% of the population in the European Union, United Kingdom, and United States have been vaccinated, barely 6% of Africans have been able to get a dose, starkly exposing the disparities within the global system of vaccine distribution. From Kenya to Uganda to Liberia, people have reported standing in long lines in hopes of receiving a shot. It’s not uncommon for people to return home disappointed.

African leaders have not remained silent in the face of these challenges. At the United Nations General Assembly in late September, multiple heads of states, from South African President Cyril Ramaphosa to Kenyan President Uhuru Kenyatta, denounced the current disparity. Ramaphosa was unapologetic in his criticism of the inequity, proclaiming, “It is an indictment on humanity that more than 82 percent of the world’s vaccine doses have been acquired by wealthy countries, while less than one percent has gone to low-income countries.”

Ramaphosa’s directness is unsurprising. South Africa has the highest number of reported deaths among African countries, with over 89,000 falling victim to COVID, and was also previously ranked among those in the world at greatest risk of oxygen shortage. The nation has recently pushed an initiative to vaccinate over 500,000 people over the next couple of days, with Ramaphosa seen congratulating individuals who were lined up to get their doses. Even still, the question of whether it will be enough to tip the country into recovery has yet to be determined.

Although less forceful, Kenyatta’s remarks at the General Assembly likewise reflected the urgency of vaccinations. He declared that the present situation “reflects a multilateral system that is in urgent need for repair” and affirmed that vaccinations were pivotal to rebuilding in the aftermath of the economic crises engendered by the pandemic. Namibian president Hage Geingob, meanwhile, stated, “While committing to save lives now, Namibia wishes to state that saving lives can only be successful once we eliminate vaccine apartheid.”

Another common point of contention regarding vaccine accessibility was the ongoing debate surrounding the exigency of booster shots. While some have criticized African leaders for neglecting their own role in the current shortages across the continent, their remarks at the Assembly are a clear cry for vaccine equity that the developed world cannot ignore, and the booster shot debate will likely loom large in discussions of how best to achieve the goal of providing vaccinations to Africans. Africa continues to suffer the consequences of rampant vaccine shortages, and at one point or another, difficult choices will have to be made regarding where vaccine doses end up. “These disparities allow for third doses to be given, in some cases, while, in other cases, as in Africa, the vast majority of the population has not even received the first dose,” said Angolan president João Lourenço.

The CDC has recently endorsed booster shots for all adults aged 18 years and older. Many have lauded the rollout of booster shots, but others remain skeptical over the necessity of the measure, especially with the conflicting viewpoints offered from pandemic leadership. While the debate rages on, developing countries in Africa struggle to provide even the first dose to their citizens. The Biden administration has presented itself in favor of increasing vaccine distribution, with the President announcing a goal of vaccinating 70% of the world’s population by this time in 2022. To accompany this aim, the United States will purchase 500 million doses of the Pfizer vaccine to donate to low-income countries, expanding the 600 million already pledged to a total of 1.1 billion promised doses. As the vast majority of African nations are low-income, these efforts are undoubtedly a step towards closing the vaccine gap. However, they are unlikely to be enough.

At the end of September, only fifteen African countries met the World Health Organization’s goal of getting 10% of citizens vaccinated, casting into doubt whether the ambitious target of 40% by the end of the year can succeed. The WHO itself has faltered on aid efforts. Unable to meet its previous goal of 620 million doses, the organization’s worldwide vaccine initiative COVAX slashed deliveries to Africa by 150 million, leaving only 470 million expected doses. There is now an anticipated shortfall of almost 500 million doses, likely putting the 40% goal out of reach.

However, even if the WHO is able to provide the necessary doses, other issues, such as timing, remain critical. There are long wait times for receiving vaccine deliveries and communication is often poor. When shipments do arrive, they often do so without notice, and since doses have an average shelf life of around two to three months, there is simply not enough time for Africa’s beleaguered healthcare system to transport and administer them before they expire. Because of the quick rate of expiration, Malawi had to destroy nearly 20,000 doses of the AstraZeneca vaccine at a time when many African countries have entirely exhausted their supplies.

In such a state of affairs, global distribution of vaccines has to take priority. At the moment, those making the choices as to where vaccines are delivered are not taking sufficient measures to combat the crisis of vaccine inequity.

From both a utilitarian and a humanitarian perspective, getting Africans vaccinated is imperative. Africans receiving even just one dose would boost humanity’s collective resistance to the virus. Meanwhile, the continued lack of vaccines across the continent could produce a dangerous breeding ground for mutated strains of COVID, fostering untold risks for future outbreaks. For people in wealthy nations to have access to booster shots while Africans find themselves unable to access even the first stage of protection raises difficult questions about inequities in the global system.