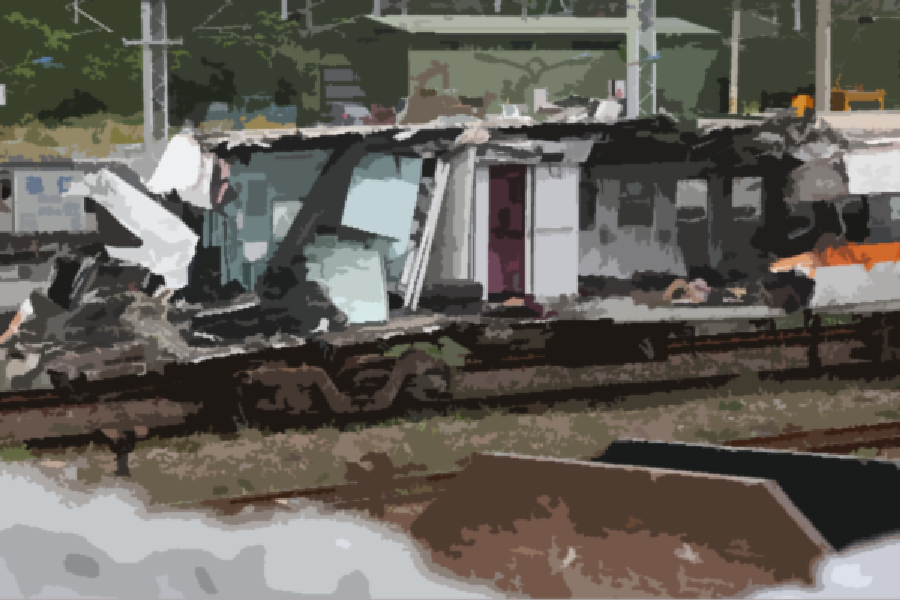 While the vast majority of the world dealt with lockdowns and the trauma of the pandemic, Taiwan stood as one of the few COVID-free havens. Hence, for this year’s Tomb-Sweeping Day, Taroko Express Train 408 was crammed almost to full occupancy, with no pandemic restrictions to curb the number of passengers.

Thus, when the train rammed into a construction truck that had intruded upon the railway line, its front four carriages smashed and crumpled beyond recognition, the loss of life was horrifying: 49 deaths, the second-highest in Taiwanese history for a rail accident.

Times of crisis lead to warrants for introspection on what went wrong. Diving into the circumstances that caused this train derailment reveals much about Taiwan’s history, flaws, and surprisingly, success.

The Japanese empire built the foundation of Taiwan’s railway network during the early 20th century. The Nationalist Chinese government inherited the lines after World War II. As the network is now more than a century old, its infrastructure frequently breaks down. Among Taiwan’s high-tech and advanced possessions, Taiwan Railways stands as an awkward, decaying relic, being one of the few state-owned agencies remaining after Taiwan’s economic liberalization in the late 20th century. From as early as 2003, calls for privatization and completely reforming the railway network have raged across the political spectrum in Taiwan, spanning administrations of both major parties. So far, their efforts have met little success in overcoming opposition.

A myriad of problems makes reforming Taiwan Railways a colossal task. For one, the railway network has not made a profit since the 1970s. Ironically, the railway fell victim to Taiwan’s success in uplifting quality of life, as state development projects brought about the construction of a convenient, well-maintained highway system that took away rail’s monopolization of long-distance travel. Taiwan’s high-speed rail service, constructed a decade ago, further consigned Taiwan Railways to malaise. Ownership by the state means the railway cannot simply reduce capacity and close loss-making lines. Taiwan Railways shoulders the government’s responsibility to connect rural communities to Taiwan’s sprawling metropolises. Decades of losses mean the railway ministry now shoulders a staggering near-40 billion New Taiwan Dollar (around $1.42 billion USD) debt. Aging rolling stock and facilities, a shrinking workforce saddled with pension burdens, and sinking internal morale only confound the ministry’s problems. The money that the government does have to spare for the railway network often ends up being blown on glamour projects hijacked by politicians wishing to pad resumes instead of being invested into improving infrastructure or maintenance. An antiquated foundation, political interference, and a hostile business environment combine together to produce the current state of Taiwan Railways: stagnated, dilapidated, and dangerous.

All of the aforementioned factors contributed to the deaths of 49 people. After a previous fatal rail accident three years ago, Taiwan’s government took on a belated effort to improve safety along the railway network. Railway officials paid half-hearted attention to regulating these projects to improve safety. At one site, government officials handed a contract to a construction company that would have otherwise been deemed unqualified for the job—if a member of the governing party in Taiwan had not managed it. The company breached numerous construction code regulations but got away with them due to lax supervision. Despite facing difficulty in making profit thanks to Taiwan’s mountainous geography, the east coast line that transports Taroko Express trains  remained the main route connecting the isolated east coast cities with the more prosperous west. On April 2nd, 2021, the construction company let a truck slide down a slope from their construction site, with railway and government officials unaware. And when Taroko Express train 408 witnessed the marooned truck while travelling at full speed and full occupancy, the fate of the train was sealed.

What the incumbent government fails to realize is that the problem afflicting Taiwan Railways has its precedents. Possible solutions to a problem that embody the intricacies of Taiwan’s development and political problems lie in the nation’s own past. Its shift from a developmental industrial state into a postindustrial economy has been the subject of countless economic studies and used as a model for development policies worldwide—yet the island nation does not look into its past for inspiration. The Taiwanese state spun off its telecom service to spur the start of a now-thriving telecommunication industry. It also restructured and privatized loss-making China Airlines, which transformed from a company marred by safety scandals into one of Asia’s leading carriers. Vested interests and inertia pose a tall order to overcome, while restructuring and privatization are far from being surefire solutions. But for an already broken operation like Taiwan Railways, a clear vision and ambition for reform can act as a crucial spark for long-term improvement—if backed with enough political will to push through real change.

In a nation that takes pride in its status as one of the Four Asian Tigers, a beacon for economic and political liberalization in Asia, Taiwan Railways stands out as a bloody stain on Taiwan’s economic track record. Long obscured from the lens of public supervision, the outrage resulting from the Taroko Express crash created a newfound desire for real change among the Taiwanese populace. Whether or not this urge finally turns into an impetus for change, change that will make sure the 49 people who perished did not die in vain, remains to be seen. But failure to do so will leave a blood-stained blight on Taiwan’s reputation as a progressive beacon in the world. In a time when it is keen on proving its relevance in global geopolitics, that is a cost which Taiwan can ill afford.