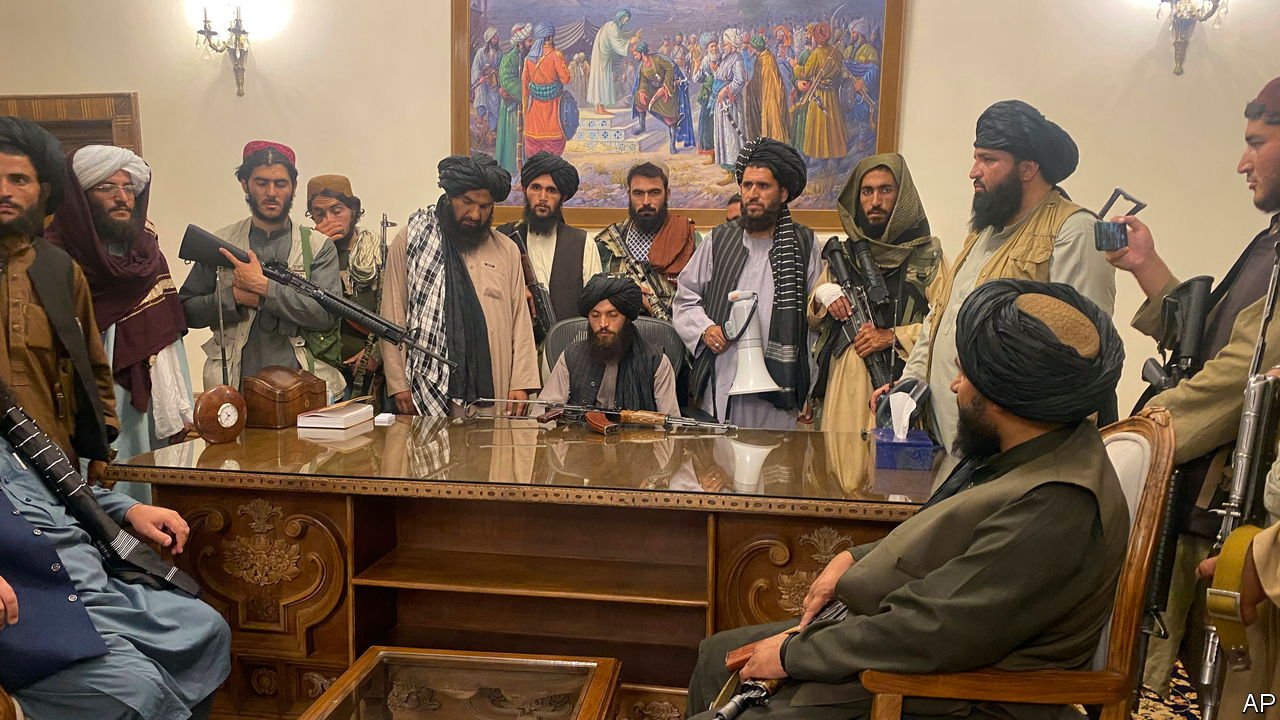 The First One Hundred Days of the Taliban Administration

The United States completed its official mission to remove troops from Afghanistan in August. Before the final plane departed the Taliban had already reclaimed Kabul, and with it the governance of the country. In 100 days since the administration took office, there has been little opportunity for quiet thought or reflection, to examine in one mental image the crowding events of the first three months in which the Taliban has exacted authority.

August: The War Ends for the US

US President Biden declared the war in Afghanistan had ended and touted the successful mission of bringing troops home safe. The statement, however, obscured that more than 300 Americans were still behind Taliban lines, as well as the hundreds of Afghani who supported the US war effort. Najlla Habibyar, an Afghan national who worked for the US government supporting economic development and women’s rights, shared her story with the New York Times: she fled to the airport at least five separate times, taking along her family of 20 between safe houses, only to be turned away by US troops bombarded with other Afghan civilians desperate to flee the country.

One of those five attempts fell on the day of the airport bombing, in which at least 169 Afghan civilians and 13 US troops were killed. The attack was claimed by the Islamic State Khorasan Province, which the Taliban has opposed. It is worth noting, in response or retaliation, a US government airstrike was fired the week following the explosion which killed 10 civilians – including seven children and one aid worker – and no terrorists.

Separately, the Taliban has hosted the families of its suicide bombers to honor their deceased relatives as “heroes of Islam and the country,” for their part in the killing of thousands of US and foreign-allied troops over the two-decade war.

The Taliban announced an interim cabinet in early September, three weeks into its rule. While it has pledged to incorporate women into the government, the interim is composed of an all-male, all-Taliban team. Many are linked to terrorist attacks from over the last two decades. The new Prime Minister Mullah Akhund served most prominently as foreign minister during the previous Taliban rule from 1996 to 2001. He gained a reputation as a short-tempered and hardline adherent to Sharia, which the Taliban pledges to impose. The imposition includes beheading and torture at the hands of militants – reportedly a member of the Afghan women’s volleyball team was beheaded, as part of a campaign against female athletes.

When schools were reopened in September, it was only boys who were told to return and report for studies in grades 7 through 12, leaving girls in a state of uncertainty as to their future. The last rule of the Taliban at the turn of the century restricted girls from primary school and women from professional education and work. Those women who received education over the last two decades are no longer ensured a profession.

Many, however, were already in states of concern for the future: amidst talks in Qatar with Taliban leaders in 2019, claiming to have changed for the better in their gender education policy, girls schools were increasingly bombed or burned down by militants as the Taliban made gains on territory.

Now, 100 days since the Taliban took office, all still await a final determination as to what education policy will look like for girls. Any policy announced will require strict dress codes adhering to Shariah law and a heavy degree of segregation between boys and girls, to the extent of restricting teachers to classrooms of their own gender.

In October, the US envoy to Afghanistan, appointed in the Trump administration and supporting the Doha agreements, resigned, citing failure on the part of the Afghanis to utilize the agreement made in 2020 in Doha. A large component of that discussion demanded the Taliban cut ties with, and not harbor, terrorist organizations. The first conversations since the Taliban reclaimed power included talks of just this challenge; the Islamic State has already conducted attacks on ethnic minorities within Afghani borders.

In addition, The United States expects the Taliban to allow Americans and foreign nationals to leave Afghanistan. The conversations do not entail US recognition of the Taliban as legitimate governors of Afghanistan; an anonymous US official leaked the information and stressed the stipulation.

The world is still deciding how to engage the Taliban. At the United Nations General Assembly, the Taliban’s request for their foreign minister to speak was rejected. Though it appointed a representative to the UN, that foreign minister was denied access to speak or represent Afghanistan, thereby denying the Taliban’s goal of recognition and legitimacy. Prior to the General Assembly the UN Security Council passed a resolution of conditions the Taliban must satisfy to be recognized internationally.

Russia, China, and Pakistan also convened with Taliban diplomats, among other regional leaders, at the third “Moscow format” and offered humanitarian aid, so too without formally recognizing the new government. A joint statement by the diplomats from the Moscow format reaffirm that the Taliban must meet conditions parallel to those specified by the UN before formal recognition might come. The statement also called for a UN donor conference to address the compounding humanitarian crises and resources needed as winter approaches.

To be sure, the Taliban is reforming in some capacities compared to its former rule. Reports from the WHO suggest that UN health workers will soon be allowed into the country to continue a polio vaccination program which had been on hold for three years due to Taliban opposition. COVID-19 and measles vaccination campaigns may also be on the table.

While the US has agreed to provide humanitarian aid, without formal recognition, it continues to deny the Taliban access to Afghan Central Bank reserves  – $9 billion held in the US. Those funds could greatly alleviate the exploding economic crisis: over 18 million people in Afghanistan – almost half the population – are in need of humanitarian support, be it due to ongoing violence, lack of clean water or electricity, displacement, natural disasters, education or another of the pressing challenges in the country. A severe food shortage is leading some families to sell their daughters, some as young as four years old, to afford meals.

The Taliban has inherited some of these crises from the former administration, but its form of governance causes new challenges to providing comprehensive aid. The Ministry of Education suggests imminent announcements regarding girl’s education, but claimed that the institution was hit hard following the withdrawal of international development assistance. A complete ban on foreign currency was announced in early November, for example, with a threat of legal punishment for those who don’t comply.

Hundreds of families have been forcibly evicted in the past three months, for their Shia Muslim heritage or their past support for the US effort in the country. The Taliban plans to redistribute the appropriated land to Taliban supporters. Militants who enacted evictions are largely providing security enforcement in Kabul and throughout the country as well, creating a decentralized system which is hard to hold accountable. Those same Taliban representatives are enforcing much harsher gender and LGBTQ policies which are now outlined by the government in Kabul. So too, the country is vulnerable to acting as a government-enabled sanctuary for terrorist groups, as happened before.

Global concerns as to where the dust might settle with the Taliban are broad in scope. The country faces rising economic incapacity, an obscured – and in some points undefined – rule of law, and ongoing security threats from terrorist organizations. Amongst almost daily attacks on Taliban-held infrastructure and Shiite mosques, the Islamic State recently killed 23 and injured at least 50 in the storming of Afghanistan’s main military hospital.

One of the Taliban’s primary objectives is to eradicate the Islamic State and other terrorist groups from the country. This will serve as both an international display of good intentions and a method to solidify legitimacy internal to the country by dissuading defectors among the Taliban’s base. Further, the Taliban must separate its political platform from one similar to the ideologies of those terrorist groups, to uphold human rights in the country.

The world looks on as religious, gender, and ethnic conflicts play into the political construction of the newly reinstated Taliban regime. The country will require time to stabilize, and international actors are only just moving past concerns about the aims of the Taliban.

It may take the support of regional governments to nurture the Taliban in forming a successful political environment in Afghanistan, but it is conditioned by the will of the Taliban to reckon with a critical microscope moving forward from the international community. Whether the Taliban will move forward with vigor to support its citizens and govern Afghanistan effectively, according to ideals of the globalized body politic; or by the resurgent religiosity which contains the past Taliban’s reign, remains to be seen in the next 100 days, and the days after that.