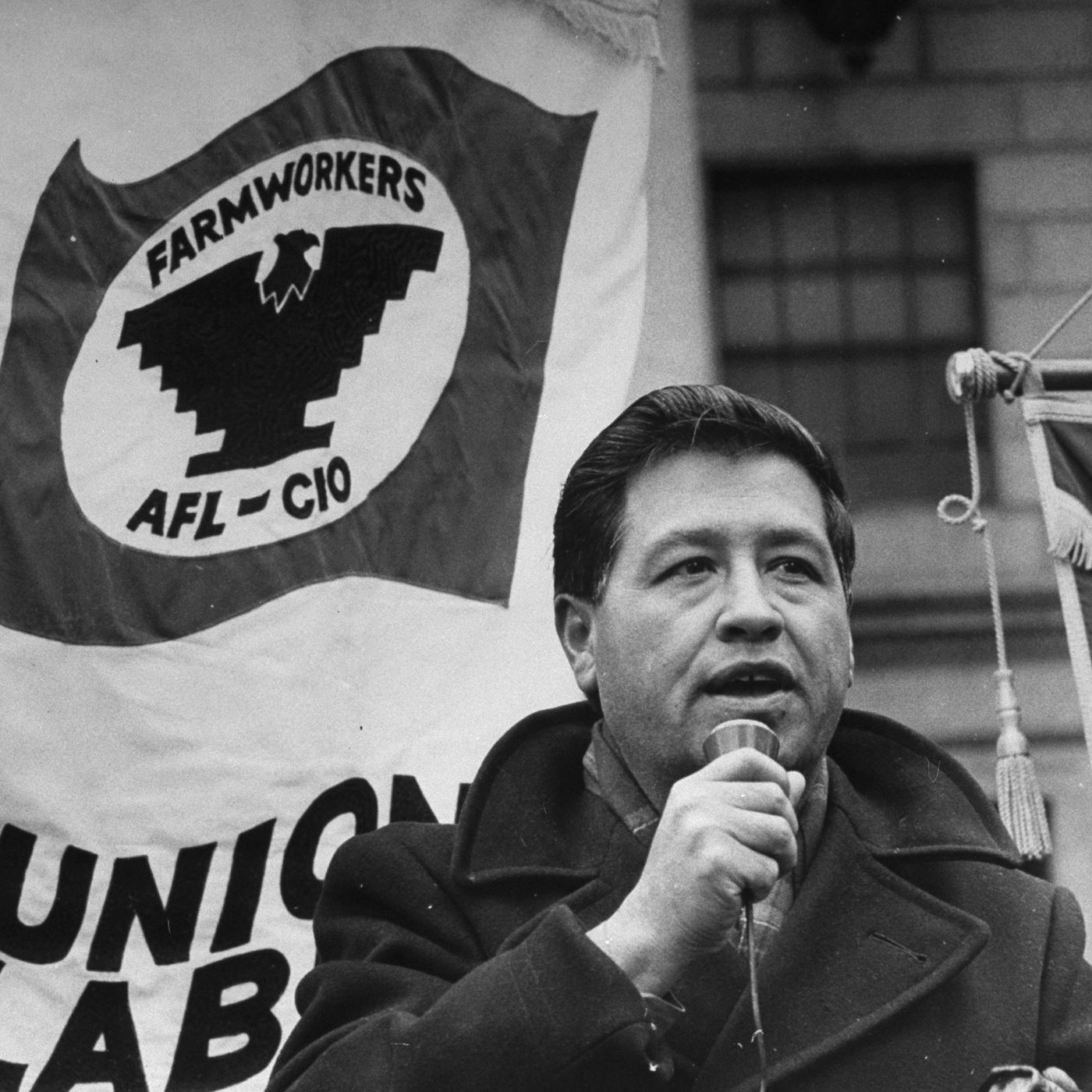 On February 22nd, 1975, members of Cesar Chavez’s United Farm Workers (UFW) began a 110 mile walk from San Francisco to Modesto, protesting the poor working conditions of the Gallo Winery. Only a few hundred joined Chavez at first, and he didn’t expect many more. By the time he reached the Central Valley, however, the number of protestors had swelled to more than 15,000. The Modesto March, as it came to be known, spurred the passage of the California Agricultural Labor Relations Act (CALRA) later that year. One of the crowning achievements of the labor movement in the 20th Century, CALRA granted the right to collective bargaining to farmworkers in California, the first such labor protection in American history. Unfortunately, the story does not end there.

On June 23rd, 2021, the Supreme Court handed down its decision in Cedar Point Nursery v. Hassid. The nursery, a producer of strawberry plants, had challenged CALRA’s central requirement— that employers allow union organizers access to farm workers— on the grounds that it constituted an unlawful “taking” of property under 5th Amendment. The Supreme Court agreed. 46 years after the Modesto March, six justices on the nation’s highest court gutted one of the most important pieces of labor legislation in state history with the stroke of a pen.

In the sixteen years since Chief Justice John Roberts has headed the Supreme Court, the judiciary has enshrined a number of anti-labor doctrines into law that echo the decision made in Cedar Point. Understanding this current state of jurisprudence requires looking back more than a century to one of the most notorious periods in Supreme Court history. The parallels between the current Court and the infamous Lochner Era are chilling.

The Lochner Era, A Brief History

Now synonymous with the striking down of economic legislation, the Lochner Era’s namesake case dates to 1905. In Lochner vs. New York, a baker challenged a state statute that set the limit on working hours at 10 per day. The state legislature enacted the law, the New York Bakeshop Act, in response to widespread strikes by workers condemning the poor conditions of bakeries. In the same way that the court in Cedar Point nullified decades of mass labor organizing, the court in Lochner erased a key protection — the 10-hour day — for workers in the state. The decision was just the tip of the iceberg. In the three decades after Lochner, much like the period of Cedar Point, the Supreme Court ruled a number of basic labor regulations unconstitutional.

Adair v. United States (1908) ruled that bans on employers’ contracts forbidding employees from joining a union were unconstitutional. Hammer v. Dagenhart (1918) invalidated a Congressional law regulating child labor. Adkins v. Children’s Hospital (1923) struck down a minimum wage law for women. The omnipotence of the Supreme Court had created a Dickensian reality in America, where even working conditions for children could not be regulated. These decisions would be convenient to dismiss as the relic of a bygone time if their rationale weren’t making a comeback.

One of the key characteristics of the Lochner era was the court’s cunning transformation of laws protecting marginalized groups into tools attacking workers and protecting corporations. Lochner and its progeny relied on the doctrine of substantive due process, wherein the Supreme Court identifies certain rights as so fundamental to the nation that they deserve special protection. The doctrine has been used most famously to find a right to privacy in Griswold v. Connecticut (1964), allowing married couples the right to use contraception. The 14th Amendment provides the legal bedrock upon which substantive due process rests. Ratified during Reconstruction, it intended to protect individuals— especially African-Americans— from the oppressive reach of the federal government and actively enforce the ideals of equality espoused in the nation’s founding documents.

But the Lochner era court used the doctrine for a purpose diametrically opposed to its original intention. Its rulings used substantive due process to find that a “freedom of contract” between an employer and employee was a fundamental right, outside the realm of acceptable government regulation. As such, it ruled minimum wage laws and safety regulations to be plainly unconstitutional. At the same time, it abdicated its responsibility from what the 14th Amendment was actually designed to do, often upholding Jim Crow restrictions on the right to vote. A similar dynamic is at play in 2021.

Where the Lochner Court leaned heavily on the 14th Amendment as its legal foundation, the Roberts Court has relied on the 1st. In Janus v. American Federation of State, County and Municipal Employees (2018), the Supreme Court reversed a landmark 1977 precedent, deeming it a violation of free speech rights for unions to compel dues from non-members. Those payments plummeted as a result. In Hobby Lobby v. Burwell, the court recognized the religious freedom of a corporation— for the first time in American history— to find that mandatory contraceptive care for women was unconstitutional. And of course, one of the most notorious decisions in modern history, Citizens United v. FEC (2010) found that limitations on campaign finance were violations of companies’ free speech rights. An amendment once used to protect the likes of anti-war protestors, civil rights activists, and journalists has been weaponized into a shield behind which the Court could protect corporations.

As a result, in a time of immense inequality, meaningful regulation reining in corporations and bolstering workers has been harder to pass. It is these policy consequences that often go unnoticed, buried under complex legal jargon. But they often have the most lasting impact. For example, In National Federation of Independent Businesses v. Sebelius (2012), the famous Obamacare case, the Supreme Court struck down Congress’s Medicaid expansion, based solely on the dissent of an obscure 1987 case. As a result, with far fewer Americans covered on health insurance plans than otherwise would be, preventable diseases are on the rise in historically underserved communities. In particular, one can trace back the rise of cervical cancer in Alabama to the Supreme Court’s decision in Sebelius.

Similarly, as I wrote in April, in Epic Systems v. Lewis (2018), the Court held that individual arbitration agreements— wherein employers and employees resolve disputes about, say, wage theft or discrimination outside the formal court system— are legal. The decision is extremely consequential because the labor movement derives strength from employees collectively bargaining with employers. However, this case opens the door to companies using divide-and-conquer tactics through individual arbitration where the balance of power is tipped against the worker. Collective arbitration was a hard-won union victory first laid out nearly 100 years ago; the Supreme Court ended it with one decision. The upshot is clear: 25 million employees are now subject to employer-friendly individual arbitration agreements.

In his book Freedom from the Market, progressive economist Mike Konczal sheds light on the havoc Lochner wrought: “what these decisions did,” he writes, “was chill and warp the imagination and actions of those looking for ways to push back against social problems.” In the 21st century, the Roberts Court has done something similar: it has empowered a number of politicians to take strong anti-union positions, allowing for the continuation of social problems Konczal describes. For instance, Wisconsin Governor Scott Walker’s assault on public sector unions in 2011 has created a significant gender pay gap among teachers. It is no coincidence that the Lochner era significantly overlapped with the growing inequality of the 1920s. In another saddening parallel, so too has the Roberts Court 100 years later.

Ultimately, these decisions are an indictment of our country’s reliance on the judiciary to solve complex economic questions. Allowing the court to amass so much power inevitably leads to a breakdown of democratic norms. The Lochner era only came to an end when President Roosevelt put forth his court packing plan, prompting the infamous “switch in time that saved nine” in West Coast Hotel Company v. Parrish (1937). Unfortunately, any meaningful court reform today looks to be off the table.

Today, liberal and conservatives alike widely regard Lochner as one of the worst decisions in the Supreme Court’s history. Discussing Lochner in Planned Parenthood v. Casey (1992), Justice Sandra Day O’Connor— herself appointed by President Ronald Reagan— spoke of the 1905 decision as an “untruth,” a reflection of an “older world of laissez-faire… recognized everywhere outside the Court to be dead.” Though Justice O’Connor didn’t mean it, her quote leaves open a possibility that has sadly come true: while striking down basic labor regulations is anathema to most outside the Supreme Court, inside the hallowed chamber the practice is routine. For a generation of workers, the iconic phrase engraved into the facade of the Supreme Court building— “equal justice under law”— could not be further from the truth. For them, the ghost of Lochner casts a century-long shadow.