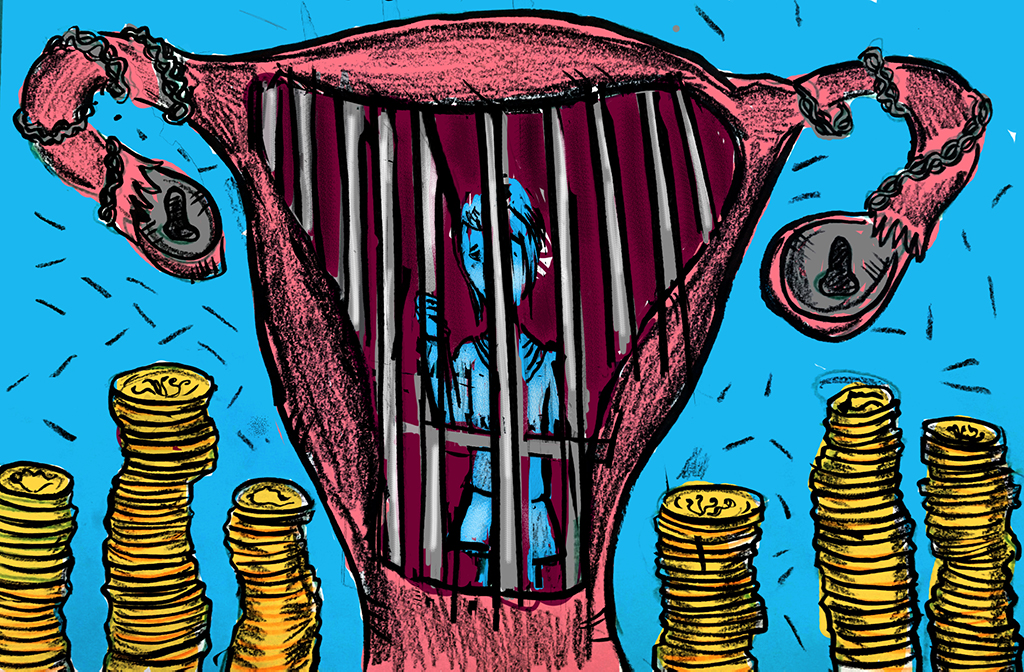 In 2016, Alisha Coleman, a Georgia woman working as a 911 operator, was fired from her job after leaving menstrual blood on her office chair twice due to her menopause. As a result of the incident, Coleman and the ACLU sued her former employer for unlawful workplace discrimination.

Currently, there is no federal law in the United States mandating companies to give menstruators paid time off work due to menstrual-related health difficulties, making it difficult for menstruators like Coleman to take time for themselves to heal from heavy period flows and menopause side effects. In some countries like Japan, however, there have been federal menstrual leave policies put in place since 1947 to help female employers deal with the effects of their menstrual flows.

Just after World War II, Japanese women were entering the country’s workforce at record high numbers, working in places like bus stations, mines and factories. During this time, female conductors at the Tokyo Municipal Bus Company did not have access to restrooms throughout the day, which made it difficult for them to work while on their menstrual flows. Thus, the conductors and women in labor unions demanded days off during their menstrual periods so that they would not have to quit their jobs. Consequently, the 1947 Labor Standards Law enacted a menstrual leave policy for menstruators under Article 68. Specifically, the article states that “when a woman for whom work during menstrual periods would be especially difficult has requested leave, the employer shall not have the said woman work on days of the menstrual period.” As such, any woman who is experiencing period pain, or who works in jobs that can intensify their menstrual pains, are allowed menstrual leave known as seirikyuuka, literally meaning “menstrual leave.”

Interestingly, the policy has lost popularity among women in Japan since its inception in 1947. A study conducted in 1986 found that while 20 percent of Japanese women used the policy in 1960, this number decreased to just 13 percent by 1981. Following this same trend, only 0.9% of Japanese female workers reported using the work leave policy.

Why are such low numbers of women taking advantage of a policy that can be helpful to their health and wellbeing during a difficult time in the month?

These low numbers likely stem from social stigma surrounding menstruation, where taking time off during one’s menstrual period may be seen as a sign of weakness. For example, women who buy tampons at stores in Japan often receive the products in paper bags to conceal the products. Additionally, some working Japanese women report never having taken a day off work due to their menstrual periods. This is because some women feel embarrassed  to convey to male colleagues that they are on their menstrual periods, which leads many menstruating women to take sick leave instead.

Other Japanese women have said that taking menstrual leave was never something that was encouraged by their employers. Rather, it was only written in a company policy and mentioned by just female colleagues, not male colleagues. As a result, many Japanese women reported that they did not know that taking leave off work due to their menstrual cycles was even a possibility. Female employees in Japan are also often pressured to quit their jobs when they get pregnant. Additionally, taking time off work in Japan is discouraged for workers of all genders due to the country’s excessive work culture, which may contribute to women’s decisions not to use the menstrual leave policy. The policy also does not guarantee paid time off, as this is a decision that is ultimately left up to individual companies and firms. This may be another reason as to why some female employees stopped using the policy.

Sara Yamamoto, a 22-year Japanese student, noted that while it seems like the policy has been around for a while, Yamamoto and others around her didn’t know about the measure until two or three years ago. She added that her impression is that companies are using the policy as an incentive to join the company, which is why more people know about the menstrual leave now than before.

The decrease in popularity of a menstrual leave policy is not unique to Japan. South Korean women have been entitled to a menstrual leave policy since 1953, but usage of the policy has dramatically decreased over the years. Only 23.6 percent of South Korean female employees reported using the leave in 2013. In 2017, this rate fell to 19.7 percent. In both South Korea and Japan, women face some of the lowest shares of female managers and the highest gender pay gaps in the Organisation for Economic Co-operation and Development, or OECD. Menstrual stigma also persists in South Korea, as menstrual blood is often perceived as unclean.

It is clear that these trends point to a greater issue surrounding the dwindling usage of the menstrual leave policy in both countries, which is that the prevalence of menstrual stigma and gender discrimination in a society is so great that it hinders women from taking advantage of the work leave measure. Even when presented with a seemingly advantageous work benefit, women are forced to be responsible for learning about the mere existence of the measure since it is stigmatized to the point of utter silence. Furthermore, women have no choice but to also consider their employers’ and male co-workers’ attitudes and potential reactions towards the policy. Many women recognize that they may be perceived as less capable of performing their jobs if they choose to use the work leave measure. Thus, it is crucial that a community address the root cause of menstrual inequity, or invest in greater initiatives promoting menstrual gender equity in order for a menstrual leave policy to be successfully implemented. Specifically, Japan must re-evaluate their current sex education system put in place for children by mandating that discussion about menstruation and menstrual stigma are included in the curriculum, so that conversations can be normalized for the following generations.

Beyond the classroom, Japan should eradicate their taxation on menstrual products, so that period products will be viewed not as a luxury but as the necessity that they are.  Furthermore, companies should not only strive to include their compliance to the menstrual leave policy in a company handbook, but they should continually emphasize the importance of the policy and provide additional resources for menstruating workers at the company. After such initiatives, the menstrual leave policy can be altered to enable a greater variety of women to take advantage of it. For example, the Labor Standards Law should be revised by specifically mandating that the menstrual policy ensures paid leave for women, so that more women — not just middle and upper class women — can use the policy to their benefit. By making such revisions, period poverty, which is the inadequate access to menstrual products due to education, stigma and financial barriers, can ultimately be eradicated.