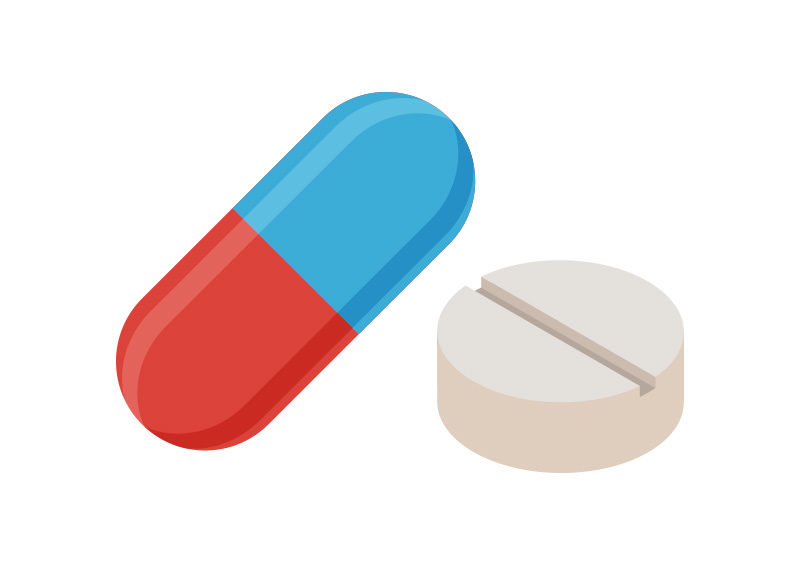 Although the end of the COVID-19 pandemic in the U.S. appears to be in sight, the mental health consequences of the pandemic, as well as rising rates of antidepressant use in the past decade, reveal another public health crisis. Antidepressant use has skyrocketed since 1999, leading it to become one of the most popular types of pharmaceutical drugs in the U.S., with approximately one in six Americans on antidepressants, including more than a quarter of those as long-term users, defined as a decade or more of us, as of 2016. However, the reasons behind this dramatic increase in antidepressant usage is unclear: is it a result of a more depressed country, or a victory of our own healthcare system?

This is also apparent in light of recent trends in the United States. A study showed that just during the early stages of the pandemic in February and March 2020, there was a 21% increase in antidepressant, anti-anxiety and anti-insomnia prescriptions. This is in correlation with the fact that more people reported heightened feelings of stress, hopelessness, anxiety and depression when COVID-19 was first declared a pandemic. It would be easy to jump to the conclusion that our health system is working — more people reported feelings of depression, and more people are said to be receiving treatment as a result.

Studies suggest that many people who don’t need antidepressants are getting access to them. In fact, in a study done from 1996 to 2007, it was found that “the proportion of visits at which antidepressants were prescribed,” but patients were not diagnosed with a mental health disorder, “increased from 59.5 percent to 72.7 percent.” In recent years, antidepressants have been heavily used to treat a variety of mental health disorders or health conditions besides depression, such as anxiety, insomnia, ADHD and chronic pain. This is alarming, as we are still unsure of whether or not antidepressants can be effective in treating such diagnoses. According to Dr. Robyn Tamblyn, a professor of epidemiology and biostatistics at McGill University, “the thing that’s of concern here is that when prescribing for conditions other than depression… it’s unknown whether the drug is going to be effective, because it’s never been studied….” She continues, “These doctors are prescribing in the dark.”

Big Pharma is one of the biggest contributors to this phenomenon. America is arguably the worldwide capital of Big Pharma, with six of the top ten pharmaceutical companies in 2017 headquartered in the U.S. Furthermore, America has been the breeding grounds for the business success of Big Pharma, as it’s one of the only two countries in the world that allow for direct-to-consumer pharmaceutical drug advertising, i.e. the familiar commercials promising the effectiveness of drugs like Zoloft or Prozac that pop up on TV after a long day. These 45 second to 1 minute commercials aren’t just regular passing advertisements for everyone — these commercials can lead to conversations between doctors and patients about these pills and are more likely to lead to a prescription of them. But Big Pharma’s just one part of the equation, as the disconcertingly high rates of antidepressants also reflect another weakness in our healthcare system: the lack of transparency in the relationship between doctors and the pharmaceutical industry.

As Shahram Ahari, a former pharmaceutical sales representative at Eli Lilly, puts it, “For every dollar the pharmaceutical industry spends on research and development, it spends two on marketing” to both doctors and consumers. From 1995 to 2005, “the number of drug reps in the US increased from 38,000 to 100,000, about one for every six physicians… [but] the actual ratio is close to one drug rep per 2.5 targeted doctors.” What makes the relationship between pharmaceutical reps and doctors different from other business ventures is that the two are dependent on each other: pharmaceutical reps cannot directly sell their product to buyers because doctors “control the access” to prescription drugs, and doctors often rely on reps for information on the newest drugs on the market. Thus, the way pharmaceutical reps promote their product is through forming connections with doctors. They make an appointment with them, they cozy up with the front desk staff, treat the office to lunch — all in pursuit of building their next new business relationship with your doctor to push their newest drug on the market. Doctors who are then partnered with pharmaceutical reps, or receive some sort of gift, grant or compensation from them, have that new drug in their hands and have financial incentive to prescribe that drug to their patients. However, many patients are left in the dark about this process.

There have been government attempts to regulate the murky relationship between Big Pharma and medical doctors. For instance, the Physician Payments Sunshine Act of 2010 (PPSA) has attempted to create more transparency between doctors and patients by creating an Open Payments database that requires any transactions between doctors and the pharmaceutical industry to be published online for public viewing, allowing patients to analyze the financial relationships their doctors may have with pharmaceutical companies. While the 2010 law has been a significant step in the right direction, it still fails to comprehensively regulate the relationship and increase patients’ knowledge of their doctors’ financial relationships. As of 2016, less than 5% of patients surveyed “knew whether their doctor had received any industry payments.”

This results in an asymmetrical dynamic in the doctor-patient relationship: patients don’t know what financial ties their doctor may have, rendering them unable to make a fully informed decision when asking for or accepting prescriptions from a doctor.

Especially when it comes to asking for or being prescribed antidepressants, patients need to be more empowered to make their own decisions. Antidepressants are no simple antibacterial solution that act as a quick fix, but chemically change how one’s brain operates. This means it has dangerous side effects, such as nausea, weight gain, suicidal ideation, restlessness, anxiety and even higher risk for a heart attack or stroke. Perhaps more alarmingly, long-term antidepressant use can also produce a physical dependence and withdrawal symptoms, making it difficult, or nearly impossible, for patients to stop taking them. This isn’t to argue that the costs of antidepressants outweigh its benefits, but to instead emphasize the high stakes associated with taking antidepressants for the first time that require doctors to be unbiased in prescribing them to patients.

Patients should be aware of their options, and doctors should be adamant about informing patients that antidepressants aren’t, or don’t have to be, their only route of treatment. Research suggests that cognitive behavioral therapy is as cost-effective as antidepressants, and can suit a patient’s needs better than medication. Additionally, there have been more studies showing that chronic feelings of depression or anxiety can sometimes be relieved by other medicinal alternatives. For example, some cases of depression can potentially (or partially) be explained by a lack of vitamins or nutrients deficiency, something antidepressants can’t solve themselves. A notable 2006 study found that magnesium deficiency was highly correlated with major depression, and that magnesium pills were therapeutic in treating such depression. Similarly, another 2020 study suggested that low vitamin D levels correspond with high levels of depression, hinting at the treatment potential of vitamin D in instances of major depression. These are all prospective treatments or life changes that someone experiencing chronic mental illnesses can take, yet do not receive as much attention as do antidepressants.

An ideal healthcare system must involve an informed patient who feels confident about their needs and their doctor’s ability to meet those needs appropriately. Given the severe mental health consequences of the pandemic, as well as the general trend of increase in antidepressant use in the U.S., it is more pressing that our healthcare system can fully meet patients’ needs fairly, transparently, and comprehensively. While we won’t be able to completely eradicate the influence of Big Pharma, advocating for further regulation of doctors’ financial ties is one place to start. It’s only when we take such actions that we can begin to empower patients and advance patient-centered healthcare to tackle this mental health crisis.