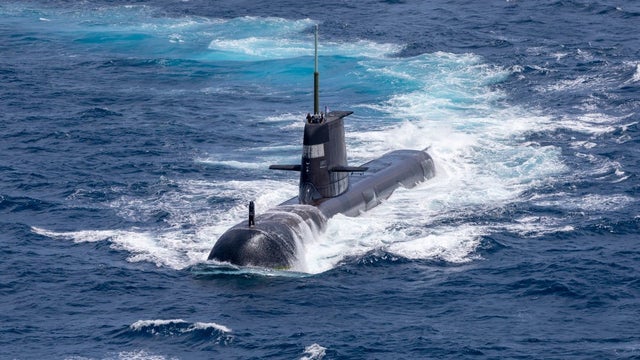 What does AUKUS mean for future geopolitics?

At first glance, AUKUS looks like a mutually beneficial agreement. It allows for a greater sharing of intelligence from the United States and the United Kingdom to Australia, and allows the latter to gain nuclear-powered submarines and long-range conventional missiles. This security deal was curated to counter the growth of China in the Indo-Pacific theater, especially in the disputed territory of the South China Sea. The three countries will take 18 months to look through the details of the deal and decide on  the details of the implementation of the plan, to ensure that no international agreement is being infringed upon and to lay out the details of what each country is expected to bring to the table.

At the same time, AUKUS effectively cancels Australia’s previous deal with Naval Group, of which the French government is a major shareholder. The $90 billion deal was scrapped without letting Paris know ahead of the joint announcement; Australia sent Macron a letter saying they were “extremely satisfied” only hours before. Upon learning of the news, French President Macron called back his ambassadors from Washington and Canberra to express his discontent.

The new AUKUS deal also raised a lot of questions about Australia’s motivations for such a drastic turnaround vis-a-vis France, as well as what it means for the future of NATO, US foreign influence and the growth of Chinese power in the Pacific.

What exactly is AUKUS?

On its face, AUKUS is simply a trilateral security operation between the United States, the United Kingdom and Australia. This is also a non-proliferation treaty, which means that Australia will not gain access to nuclear weapons. Although Canberra will learn the secrets of nuclear-powered submarines, these submarines will be armed with traditional missiles, as has been made explicitly clear in the remarks by the three heads of state.

One of the major differences between the France-Australia deal and AUKUS is the propulsion of the submarines. France would only provide diesel-powered submarines, which meant the subs would have to come back to port every two weeks for fuel. Switching the type of submarine is thus about military strategy, since a nuclear-powered submarine could stay in the ocean for as long as the crew can be fed. This would allow for much more complex and flexible military operations.

This information prompts the question: what would motivate such a major shift in policy? The answer is two-fold: the United States saw the sharing of military secrets as a good trade-off in exchange for more power in the Pacific, whereas Australia wanted more military reassurance in the face of passive-aggressive traits from China.

The first prong of the answer is that of American motivations for signing AUKUS, which can be boiled down to political and military strategy.

On a domestic plan, Biden needs the political support and momentum after the fiasco of the Afghanistan troop removal. Similarly, the United Kingdom is hoping to regain some dominance on the world stage and to prove its stability after Brexit and leaving the European Union for good.

Militarily, it allows for the US to potentially build more bases in the Pacific to store its weapons and ships. As of now, the American presence in the Pacific in the United States is limited to the West Coast of the US, as well as several significant island bases throughout, extending as far east as Korea.

By creating a new security group, more power and credibility will be given to the “Five Eyes,” a group of anglophone countries which include UK, US, Canada, New Zealand and Australia. The United States is effectively placing itself at the center of western Pacific powers. One interesting thing about the “Five Eyes,” other than the fact that Canada and New Zealand are notably excluded from AUKUS, is that one of the main tenets of AUKUS goes against New Zealand policy. Indeed, New Zealand has a long standing nuclear-free policy, which includes nuclear engines as well as weapons. Prime Minister Arden did state that AUKUS did not change New Zealand’s standing with her allies, but it does leave room for pondering what this would mean in the future.

Australia as a neutral third-party

Historically, China has been Australia’s biggest trading partner. Australia exports raw goods to China in exchange for tech and other manufactured materials. At the same time, Australia is a well-known ally of the United States. In 2019, China called out the hypocrisy of trading with them while militarily allying with the US to Australia. Shortly thereafter, there were allegations of Chinese interference in Australian elections. Australia has refuted China’s territorial claims over the South China Sea, claiming that Beijing has no legal basis for such a stake.

One of the major cons for Australia, however, is that they suddenly became a much bigger target for Beijing. By taking sides, they lose the advantage of invisibility, and may have also lost the trust of one of their neighbors, New Caledonia, which is a French dependency. Indeed, the deal with Naval Group for the delivery of 12 diesel-powered submarines was signed in 2016, so the sudden move to AUKUS is a surprise.

France and Europe as a strategic cost?

The main question moving forward is, what comes next for NATO, and Franco-American relations? It is a well-known fact that France and the United States are among each other’s oldest allies. The United States failing to include France in creating AUKUS will test their relationship, and that of the United States with the European Union as a whole.

Besides being blighted out of their 5-year-old deal, France is also a major military power with holdings in the Pacific, such as New Caledonia and French Polynesia, totaling approximately 1.5 million inhabitants. It was even recognized as such in President Biden’s address when he acknowledged France has a “substantial Indo-Pacific presence,” which makes the oversight of Fiancee all the more troubling. After finding out about AUKUS, France recalled its ambassadors from Washington and Canberra and canceled a few diplomatic events. Notably Macron did not remove ambassadors from the UK, perhaps to express the idea that the UK played a more minor role in the scandal and did not warrant the removal of diplomatic staff.

On the 22nd of September, a week after the AUKUS announcement, President Biden and President Macron sought to “mend rifts” in a telephone conversation. In exchange for Paris sending its ambassador back to Washington, Biden acknowledged that France should have been consulted. Yet, it is important to note that no apology has been made in regards to effectively cutting France out of the older deal.

This does not mean that the EU and the US are parting ways, and Biden knows this. France was the strategic cost of gaining more influence in the Pacific theater. The European Union rallied behind France, as European Commission President Ursula von der Leyen claims to have lost trust in the US. Consequently, the trade talks planned for September 29th have been delayed to later this year, in order to give time for countries to reevaluate their positions vis-a-vis the American superpower.

It is interesting to note that France, being the third largest arms dealer in the world, is apparently well-known for not taking her allies’ point of view into consideration when making arms deals. Paris and Washington have had a couple incidents over the past decade regarding some of France’s dealing with Russia, and sending nuclear submarines to Brazil. While these do not necessarily pertain directly to the issue at hand nor do they excuse the tensions evoked by AUKUS, it does place the agreement in a perspective of continuity in geopolitics.

How AUKUS Affects Other Countries in the Pacific Theater

As mentioned earlier, a notable absence to the deal was New Zealand, a member of the “Five Eyes” partnership. The island nation will still not permit the nuclear-powered submarines to enter its waters, and is likely to continue its relations with China, its biggest trading partner. It is likely that they maintain somewhat of an independent approach to the Sino-Pacific, reminiscent of Europe. It will be interesting to see if the increased American presence in Oceania will also lead New Zealand to abandon its third-party stance.

Now, the biggest question mark left is how China reacted to the news. One of the main motivations behind the deal was to counter the growth of Chinese military and political influence in the Pacific theater, especially the South and East Asian seas. Beijing is understandably upset at what could be seen as an infringement on their sphere of influence. Zhao Lijan, speaking on behalf of the Chinese Ministry of Foreign Affairs, compared the security deal to an “arms race” and could “seriously damage regional peace and stability.”

Other countries in the region have reacted more or less ambivalently. Taiwan, for one, welcomed the news with open arms. In the face of increasing threats from mainland China, Taiwan sees AUKUS as a protection in case war breaks out. As the Wall Street Journal reported, the United States has been operating secretly for the past year to train Taiwanese troops. The possibility of war with China does not seem likely for at least another decade, as China still needs to grow before they can match the US’s military capabilities. Other powers, such as Malaysia and Indonesia, see the potential catalyst more cautiously. They feel overlooked in the conversation, and fear a nuclear arms race in which they will be the playing ground.

By looking at the bigger picture, it becomes apparent that AUKUS is only the formal beginning of a shift in the power structure of the Indo-Pacific region. China has been working to assert its presence as a world superpower capable of rivaling the United States, so the latter’s appearance in its backyard is likely to cause more tension. At the same time, overlooking old alliances with Europe and ASEAN countries might not help the United States in its quest for even more power, and could be used to weaken any actions Washington would seek to take in Oceania. Still, AUKUS seems like a good deal for the Western powers, except France who still feels slighted.