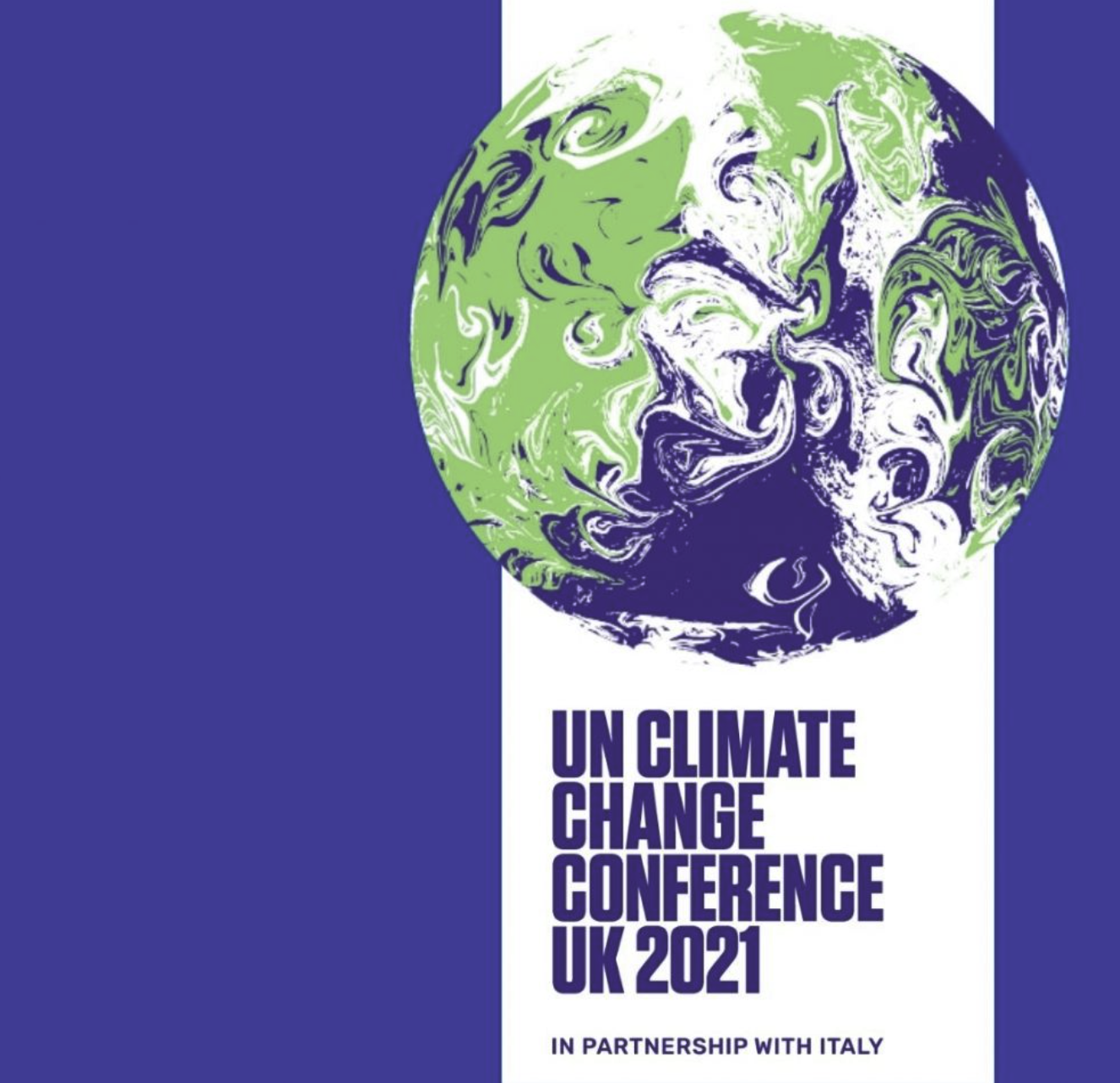 The 76th United Nations General Assembly meant to provide resounding motivation to combat climate change. The first return for many world leaders to the assembly hall since before Covid-19 was meant to confront the most substantive issues facing the international community. Tangible climate policy should come out of the 26th UN Climate Change Conference of the Parties (COP26) in late October and early November, but world leaders recognized, in their speeches at the General Assembly, the existential crisis that climate change poses more so everyday. New expectations need to be set for what can—and cannot—be achieved as an international community in reversing the most dire effects of global warming.

An overarching theme of the 76th General Assembly was economic and environmental disparity between countries, and the ensuing rise in clashes between governments. International cooperation must intersect modern challenges, with climate change at the top of the list alongside Covid-19. Among Secretary-General António Guterres’s remarks, he urged world leaders to rebuild trust between developing and developed nations, in trying to combat climate change. The Intergovernmental Panel on Climate Change (IPCC) Report published just before the conference shows that some effects are unavoidable and irreversible in the near future. Nevertheless, immediate and severe action limiting the use of fossil fuels and adapting to climate change could minimize further crises.

China, the United States and the European Union are historically and currently the most liable for environmental crises, being the top emitting countries of greenhouse gases. These three contribute 16 times the amount of greenhouse gases as the bottom 100 countries. All three are committed to moving towards carbon neutrality in the next four decades. That may be too little, too late: scientific findings concluded that by 2030, instead of a 45% decrease in emissions — as is necessary to reach climate neutrality by 2050 — with global commitments as they stood prior to the Assembly there is likely to be a 16% increase instead.

Secretary-General Guterres met with United Kingdom Prime Minister Boris Johnson just before the General Assembly, along with other key leaders, in an Informal Leaders Roundtable on Climate. Guterres remarked as he left the Roundtable that there are three key steps which must be at the forefront of climate discussion: keeping the 1.5 degree Celsius rise in average global temperatures within reach, instead of approaching the 2.7 degree rise which the world is on track to reach, is critical. Developing countries which face the forefront of climate-related crises must also be supported – $100 billion has been pledged to those nations for climate action each year, though the actual funds distributed has never been close. Lastly, scaling up funding for global adaptation plans, as Guterres states, show much more promise for curbing the effects of climate change yet only account for 20% of global climate finance. Guterres urged this number to reach 50% as an outcome of talks in the General Assembly and COP26.

President Félix-Antoine Tshisekedi Tshilombo, of the Democratic Republic of the Congo specified a $30 billion annual need for the African continent to cope with climate change. Loss of biodiversity, rising sea levels, and pollution contribute to a crisis which is affecting infrastructure, economy, and human security across the continent. An estimated $173.1 to $236.7 billion loss in GDP has already occurred since 2020, largely as a result of environmental degradation. As the Foreign Minister of Niger noted in his remarks, “It is our conviction that fragility linked to climate change is an aggravating factor in conflicts and humanitarian crises.” Vanessa Nakate, youth climate activist and keynote speaker at the Youth4Climate summit at the end of October, relates the existential devastation she has witnessed in Uganda, watching bodies be piled into police vans after drowning from severe rain, and what the rest of the African continent has suffered from desertification, heat waves, hurricanes, and further environmental catastrophes. Those nations recently initiated the African Green Stimulus Program to support a sustainably-oriented recovery from COVID-19. Adapting to the effects of climate change  requires not just the willingness of developing nations to rebuild with sustainability in mind. So too the actualized support of developed countries, who have been and continue to be the greatest contributors to the problem, is necessary. While Africa is facing some of the most severe consequences of climate change, at an increasing rate, the carbon emissions from the continent is 3% of the global total.

The Alliance of Small Island States is in a similar position, requiring the full commitment of polluting nations to limit their emissions and provide monetary support to minimize the most dire effects of climate change. The Lead Climate Negotiator of the Alliance, Diann Black-Layne, suggested this could make the difference between a half-meter rise in sea levels and a rise of three meters.

In remarks to the General Assembly, China pledged to halt new coal power plant construction abroad and reach carbon neutrality by 2060. President Biden committed to working with Congress, to increase climate aid for developing nations to $11.4 billion annually by 2024. The EU reaffirmed its commitment as the first bloc to pledge climate-neutrality by 2050. The discussions show some developed countries recognize their responsibility to the worst-affected nations. Yet the commitments are unequal compared to the amount of climate damage these countries have caused. Nor do the current commitments comprehensively satisfy the points Guterres made coming out of his Roundtable with PM Johnson.

The global community is incapable of sufficiently confronting climate change without confronting the role of private investors in politics. China’s pledge at the Assembly omits any mention of the massive coal-burning industry within its borders, nor does the commitment specify whether it applies just to construction or to financing as well. The world’s coal schemes largely rely on the private sector for trade and development, tying conceptions of economic growth to an unreliable practice of consumption.

The United States faces pushback for its own financial schemes as well: in the last Congress, 134 members of the chambers and their spouses owned stocks in fossil fuel industries, valued at $92.7 million. Biden’s pledge to work with Congress on increasing climate aid is directly influenced by the economic interests of Congressional members, particularly those already stifling progress on domestic economic and infrastructural development policy. West Virginia Senator Joe Manchin, chair of the Senate energy panel, attempted to protect the use of coal and natural gas as he recrafts the energy and climate-related components of the US budget bill. He currently owns stock valued between $1 and $5 million in a coal brokerage firm which he founded, and his office is in regular communication with Exxon Mobil, an international enterprise which successfully slows the pace of preventing climate change through propaganda and influence in government.

Climate activist Greta Thunberg spoke at the Youth4Climate Summit at the end of September, critiquing the state of international climate cooperation: “Of course we need constructive dialogue. But they’ve now had 30 years of blah, blah, blah and where has that led us? We can still turn this around — it is entirely possible. It will take immediate, drastic annual emission reductions. But not if things go on like today. Our leaders’ intentional lack of action is a betrayal toward all present and future generations.”

Already between the General Assembly and the COP26, the US has backed a plan to restart use of an oil pipeline running through Syria to support Lebanon in its energy crisis. Immediate action is of course necessary, but, as the International Renewable Energy Agency has noted, Lebanon could obtain a large amount of its energy from renewable sources in a cost-effective manner should the government, and international actors – like the US – support more immediate and significant policy.

Thunberg went on to point out that making plans for a carbon-neutral 2050 is too delayed. The effects of climate change are already upon us, and we look to our diplomats to reconcile our world and take immediate action to tackle the crises. Nakate asked those at the Youth4Climate summit, “how long shall the earth mourn?” Up to now, our leaders have been left unaccountable for the damage they allow. At COP26 the picture will be made clear as to whether we can expect global leaders to reckon with the severity of climate change and to confront the primacy of the crisis, or ignore the fatal problem as has been seen before.