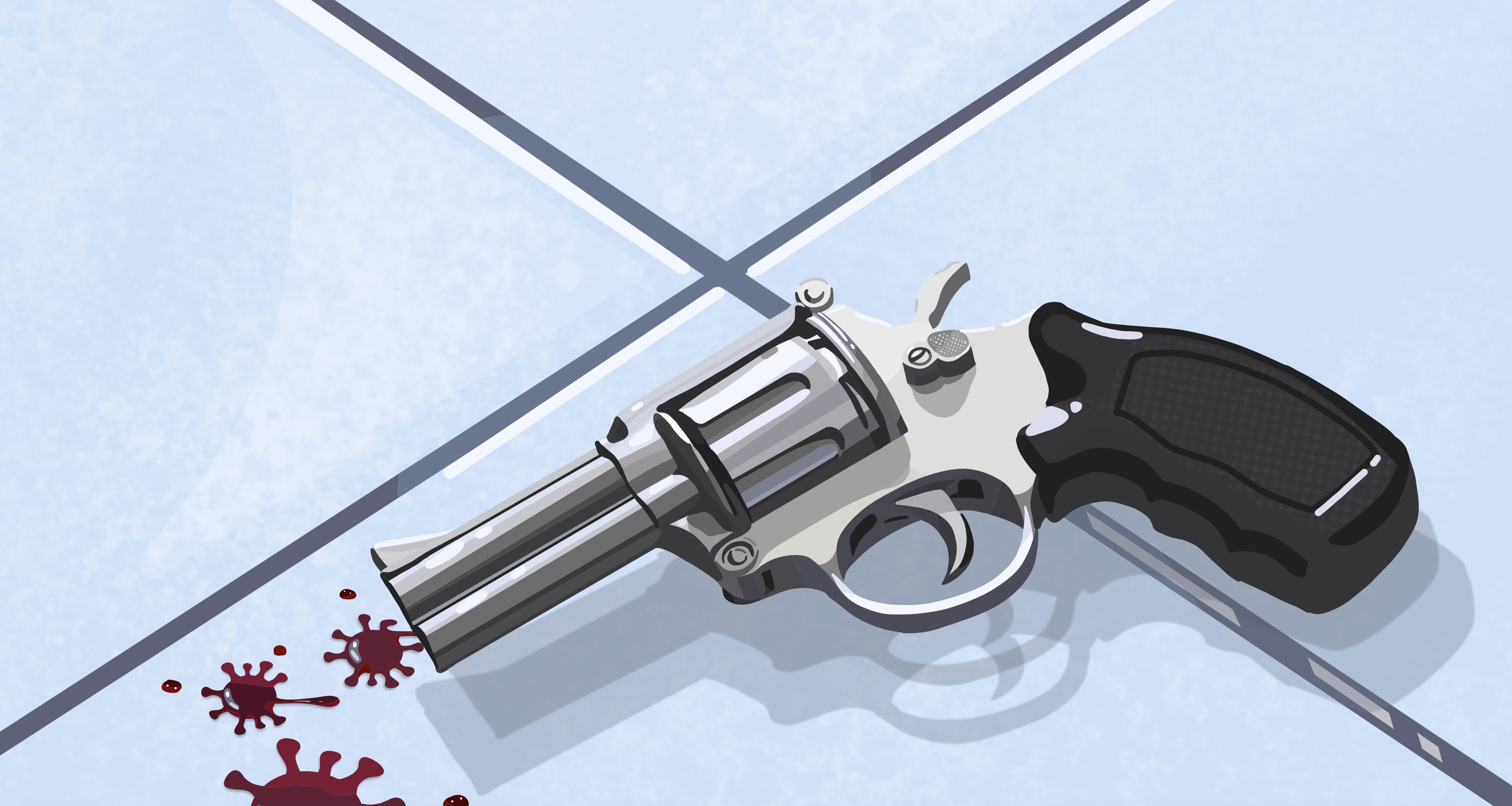 What the Coronavirus Can Teach Us About Gun Violence

Only three years ago, mass shootings seemed to make national headlines nearly once a month. Gun control was at the center of the American political landscape as advocacy groups such as March for Our Lives (MFOL) emerged and sparked debates over gun control on the national level. However, as the coronavirus pandemic has consumed the lives of Americans everywhere, the gun violence epidemic has fallen out of national discourse, leading to decreased concern over the issue: gun violence was seventh on the list of voter concerns last year according to the Pew Research Center. This is a 17 percent decrease from the 2016 election, when gun policy fell fourth on the list of voter’s concerns.

This falling interest for gun control policy has been felt by activists such as Reese Coblentz, the president for the John Burroughs High School chapter of March For Our Lives. Coblentz remarked that “people really only hear about issues with gun violence when there have been significant suicidal cases, mass murder shootings, and school shootings…but because students aren’t in school there haven’t been these horrific shootings,” which has led to a disinterest in gun violence within her community.

The coronavirus pandemic is primarily to blame for this upward trend in gun violence. As many states enforced lockdowns through the summer and fall of 2020, Americans were forced to stay at home, limiting their access to economic opportunities and social support. This led to increased feelings of loneliness and helplessness, as well as widespread job losses — nearly 8 million Americans have fallen into poverty since the pandemic first hit. These trends are all risk factors for increased violence.

Such trends are most prevalent in low income, BIPOC communities. These communities have been hit hardest by the coronavirus pandemic, as Black, Indigenous, Latinx, and Pacific Islanders experience higher death rates to the virus compared to white folks. Gun violence has also been disproportionately increasing in these communities, who were already burdened by gun violence at the highest rates pre-pandemic. The reasons for this disproportionate increase in gun violence are numerous. Because of forced lockdowns, community activists involved in conflict resolution and de-escalation tactics have been unable to address violence happening in their communities as they have occurred, or provide community members with resources such as therapy. Without the ability for de-escalation groups to intervene in conflicts between community members, violence has escalated. Other factors that have inflicted stress on these communities include online school, lack of in person childcare, and food insecurity. With these increased stressors, individuals have desperately turned to high risk activities and violence to ensure their survival.  This trend is present mostly in large cities such as Chicago, New York, Los Angeles and Durham, whereas rural areas and suburbs have remained relatively peaceful.

Although the coronavirus has made gun violence all the more pressing, it has also made it extremely difficult for MFOL and other anti-gun violence activists to advocate for reform. These groups have largely relied on mass demonstrations to bring attention to gun violence and force the hand of politicians who often dismiss gun control legislation. However, with lockdown orders, these mass demonstrations present additional risks for activists, such as increased risk of transmission. This has led such groups to shift towards online advocacy, including phone banking, signing petitions, and educating students on gun violence. However, despite their ability to adapt, MFOL activists like Coblentz are seeing decreases in their membership and limited reach within their local communities.

Without gun control activists being able to more forcibly advocate for policy, bills introduced on the federal level will likely die out quickly. Bills such as H.R. 8 would institute background checks for all sales of firearms, and H.R.137, would enable more accessible mental health resources in order to curb gun violence, but they have a 4% and 1% chance of being enacted respectively, according to Govtrack. Even with gun control activists advocating for these measures in a normal year, the political gridlock in Congress alone would likely have proven to be insurmountable in enacting gun control legislation, as Democrats still do not hold the super majority needed to overturn a filibuster. And while there has been hope with the NRA filing for bankruptcy, it is actually more complicated than that: the group is rather filing for bankruptcy in order to move its nonprofit status from New York to Texas and escape lawsuit, rather than because of financial hardship, which means it will likely remain influential in years to come.

Considering these factors, the future of gun control appears bleak. However, the coronavirus has taught Americans an important lesson in moving forward with gun control policy. The pandemic has proven that poverty, housing insecurity, and lack of access to mental health care are all factors that accelerate gun violence. In that same vein, these issues are levers that policy makers can pull to decrease gun violence without enacting gun control policy. By investing in the needs of low income BIPOC communities, policy makers might be able to decrease gun violence drastically and more quickly without passing as sweeping of gun control legislation.

The coronavirus has brought with it unfathomable loss, and the road to recovery will be a long and difficult one. But as the end of this pandemic becomes imminent, Americans must not become complacent in the gun violence epidemic, which has impacted the nation for far longer. Healing from the past year requires that Americans address the inequities within their society that have greatly worsened as a result of the pandemic. The only way forward is to learn from the mistakes of the past and center the needs of those who have historically been ignored and marginalized. With this in mind, Americans have the chance to build a future that is truly safe and equitable for all.