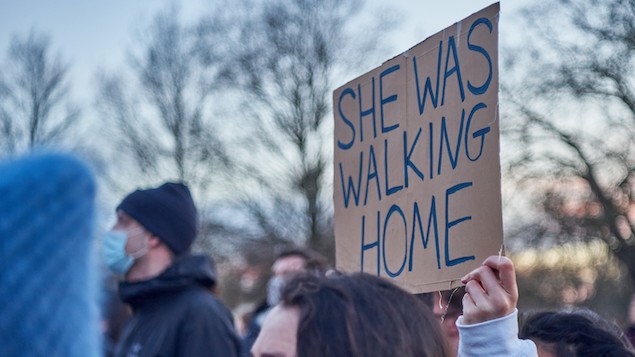 Sarah Edwards and Beyond: Building Cities That Are Safer For Women

3rd March 2021 was not a peculiar day for most living in South London. It was yet another day of lockdown amid the COVID-19 pandemic mandated by the Boris Johnson government. A woman was walking home at night from a friend’s house in Clapham Common. She went missing on the same night. Six days later, a man by the name of Wayne Couzens was arrested in connection with her kidnapping and later, her murder. Her body was discovered in a woodland area in Kent.

Her name was Sarah Everard. She was a 33-year old marketing executive, and she lost her life because she lives in a world with a crumbling grip on humanity where women need to fear for their lives when they do something as simple as walking home at night.

From being scared to take a bus at night to walking along dark alleyways or unlit streets with your fingers tightly coiled around pepper spray and a sinking feeling when simply stepping outside after dark, the reality for women still remains grim. Our environments—the places we work, live and even thrive—are not safe spaces for women as it continues to be dominated by patriarchal structures and societal attitudes. The challenge in an increasingly urban world is to ensure that towns and cities provide healthy and safe living environments for women and marginalized groups.

As police continued to make inquiries on the Sarah Everard case, they warned women not to venture out after night, once again revitalizing the victim-blaming narrative that has become so ubiquitous with such cases. Rather than fueling this regressive narrative, we must call out the elephant in the room: sexualized male violence and the normalization of the patriarchy in urban settings.

These are not isolated incidents, and these cases reveal and underscore the systemic nature and sheer scale of violence against women and sexual harassment today.

The need for gender-inclusive cities

In light of the horrific Sarah Edwards incident this year, there is much debate and discussion on the safety of women in cities and how to make them safer. Doing so is what will truly help us build “inclusive” cities today. These discussions also extend to sexual harassment in other public spaces and building empowering safe spaces for women-identifying individuals. From economic to urban planning data, the vast majority of information and data collected globally is largely collected on male-identifying people, their bodies and their lifestyle patterns. Sex-disaggregated data might help us understand how we might approach the existing gaps in policy and women’s issues.

The Behavioral Scientist reported that many girls stopped using public parks at the age of nine, while boys continued to use these parks into their teenage years. This was part of a “gender mainstreaming” public policy and remains a key public policy concern. For example, rather than a “civilizing effect”, public parks, in particular, are becoming foreboding spaces in urban cities that imperil women’s safety. Understanding the levels of public sex crimes in cities today remains a challenging task. City planners must listen to some of the stories of women and design safer parks.

Moreover, public infrastructure such as access to toilets, water and sanitation are very poorly adapted and do not cater to the demands of women and girls. According to an access research project performed in Delhi using gender budget analysis and safety audits, women who might not have access to water and sanitation facilities at home often have to leave their homes and use public facilities instead. Women working in the informal sectors are also forced to use some of these services. Poor conditions of community toilet complexes make accessibility very difficult.

Like many of our institutions today, our urban cities and settings are yet another space governed by the patriarchy. Our urban spaces are but a reflection of our values and the stereotypes and power structures we see reproduced and transmitted in our societies. Feminist researcher Finn MacKay highlighted that many women perceive public spaces as “default male,” describing how men yelled at female protestors during Reclaim the Night marches with “go home,” and “these are our streets.” Men still tend to dominate spaces today and our cities are built with this understanding in mind.

As women saw themselves exercising an even greater amount of independence at the turn of the century, urban spaces did not evolve with their freedoms and permeate institutions. As cities began to center more around the market and the individual sectors, they were not built to support the additional social bulwarks that women still had to face both at home and in the workforce.

Urban planning has a deeply entrenched sexism problem today, particularly when it comes to the safety of women and making environments more conducive for female-identifying individuals. The Integrated Cities and Planning Network emphasized that “The male-dominated fields of urban planning and transport planning are not as diverse as the communities they serve.” The gender data gap in design continues to be a debilitating issue as well. According to the Handbook, worldwide, women occupy just ten percent of the highest-ranking jobs at leading architecture firms and urban planning offices As a result, the design of public spaces seldom considers the daily lives of women and key minority groups.

It is necessary to consider the lived experiences of hate, harassment and discrimination that women-identifying individuals continue to face today. This involves implementing relatively small changes and design solutions—from walkable streets and pen gathering spaces to more well-lit and wider pathways. The usage of mixed-used zoning systems could ensure that certain areas of the city are not left unpopulated for long periods of the day and night. Public transport systems and facilities should also be fully functional outside of working and peak hours.  These incremental changes are essential to make women feel heard, visible and welcome in public spaces. Executing some of these changes would not only improve women’s security but would also help improve cities’ accessibility and livability for everyone, particularly marginalized groups. These can also extend to executing design solutions in other public facilities and infrastructure such as public toilets, and public transports such as buses and trains.

Safetipin is a safe-cities organization developing apps that help map safety levels of different areas in urban cities, taking into account aspects such as public transport and lighting as key factors in making women feel safer. Kalpana Vishwanath, the Co-founder of the organization says, “It is the reassuring presence of street vendors, local residents and shop owners, and passers-by. So high boundary walls, for instance, those enclosing gated communities, are ultimately harmful to women’s overall safety. Those walls block off the visibility for everyone else.”

In light of the Sarah Everard case, anti-harassment public awareness is becoming an important part of the discourse on building feminist cities that better serve and protect women. The city of Stockholm is banning sexist advertising from public spaces. The city is also making an effort to undertake symbolic gestures such as naming streets and squares for women. Cities must also work to improve the descriptive representation of women in city government and services as well as urban planning decisions. Rather than strengthening policing, the vision of a feminist city seeks to put power into the hands of women and hold men and institutions more accountable for their actions.

Rather than resorting to regressive victim-blaming narratives when it comes to women going out at night, we must ensure strong public infrastructure for women so that they feel safer. The Everard Case only proves that there is an imperative need for cities to ”de-gender” to become more livable safe places for women. It is thus necessary to focus on the importance of urban planning considerations and different design solutions and recommendations that might help us re-evaluate how we make our cities safer for women. Creating safe spaces and urban-responsive agendas for women is the biggest affirmation to further strengthen women’s liberation and empowerment today.