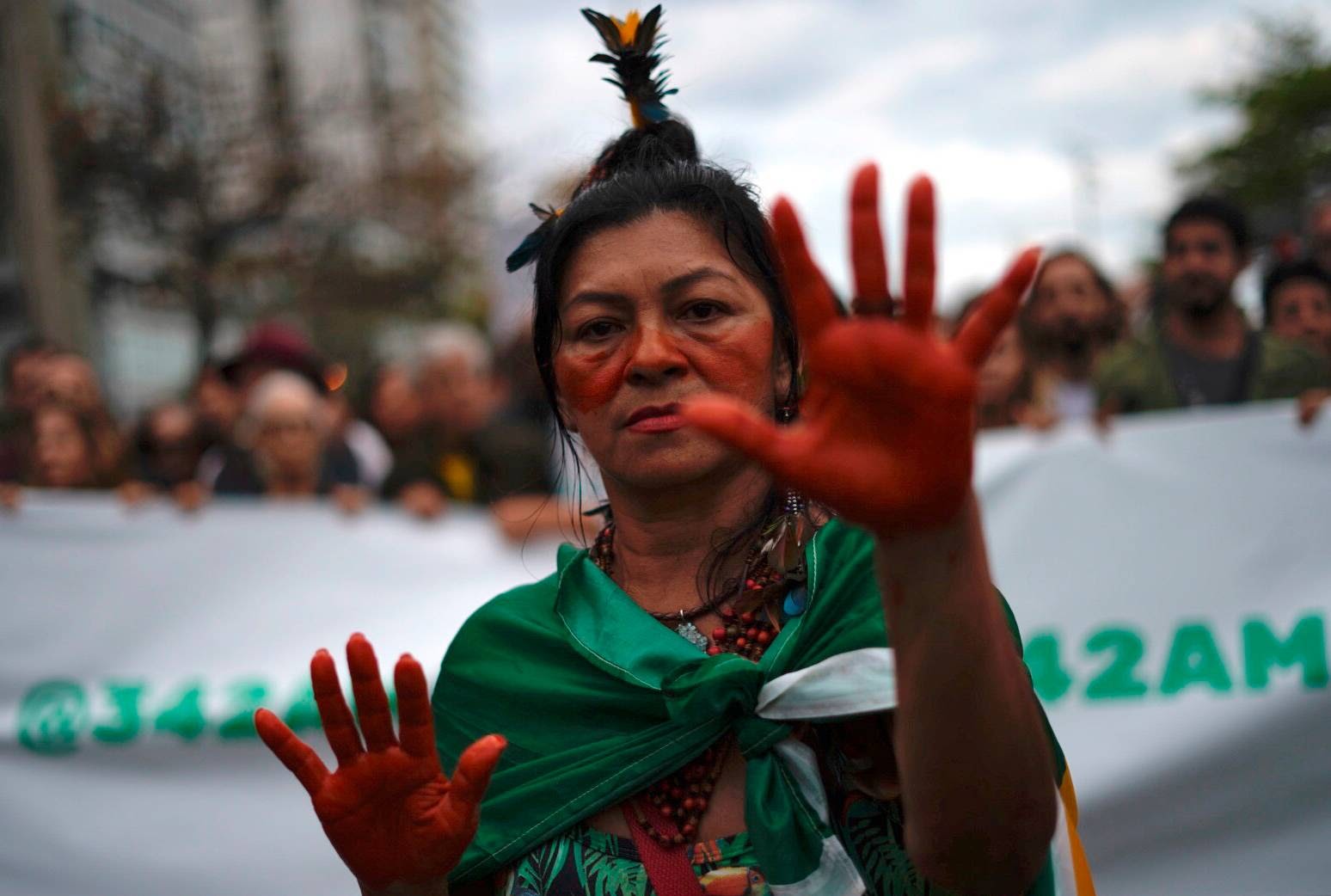 Environmental Activism in Latin America Comes with a Deadly Cost

In December 2020, Indigenous Honduran environmental activist Félix Vásquez was killed in front of his family by a group of masked men in the village of El Ocotal. His assailants were armed with pistols and machetes, scarring his family forever. This attack was a response to Vásquez’s efforts to help protect the environment and advocate for Indigenous land rights. While this story is devastating, Vásquez is one among many other environmental activists killed in Latin America.

In Latin America, environmental activists often come into conflict with miners, those affiliated with organized crime, petroleum workers, and loggers, as they all extract from land and natural resources. Félix Vásquez, a Honduran advocate for human and environmental rights and member of the Lenca, an Indigenous community in Honduras, was among one of these activists. Vásquez was Secretary General of the Union of Rural Workers (UTC) in La Paz and highly involved in politics. In fact, he intended to run for Congress in the 2021 elections as part of the Libre party, a leftist political group. Vásquez also fought for the release of other Indigenous activists who were wrongfully arrested for defending their land. In 2017, he filed complaints to national authorities over alleged political persecution for being an environmental activist. However, nobody responded to these complaints in a timely manner. Instead, anonymous individuals reacted with death threats against Vazquez and his family. Even though the assailants of Vásquez’s murder are unknown, Olivia Marcela Zúniga Cáceres, Vásquez’s daughter, stated that Vásquez’s murder was “undoubtedly linked to his fight as a defender of the rights of the Lenca people.” In fact, Vásquez’s murder is not an isolated event. His murder followed the killing of Berta Cacertes, a Lenca indigenous activist and winner of the Goldman environmental prize, who fought to protect a dam on ancestral lands. She was shot to death at her home in 2017.

Similarly, unknown assailants murdered 47-year-old Colombian activist Javier Francisco Parra Cubillos on December 3, 2020. In fact, Colombia is the second deadliest country in the world for environmental activists only behind Brazil. This goes back to the country’s 50-year civil war during which land disputes played a key role. In the early 1960s, the Revolutionary Armed Forces of Colombia (FARC) marketed land reform as a solution to economic and social inequality as part of their claim to help the low-income of Colombia against the landed elite. In response, the elite formed private self-defense groups and defended elite landowners. Since then, conflicts have arisen regarding protection of land and natural resources by environmental leaders, who oppose industries and drug traffickers reliant on the land’s raw materials.

Although the Columbian government and FARC signed a peace deal in 2016 to end the five decade-long conflict, peace and resolving land disputes haven’t been imminent, as there is still extreme conflict between land protectors and armed forces focused on drug trafficking. Additionally, there is an ongoing conflict between the Columbian government, National Liberation Army, drug traffickers, and ex-FARC members who are dissidents of the 2016 peace deal—all of whom are fighting over rural land. Lack of government aid and police force stems from a divide in Colombia’s armed forces, who are undecided regarding solutions to protect the rural lands facing violence, especially because the lands are rugged, and difficult to protect.

Violence against environmental activists occurs most frequently in Brazil, where most deaths of land and resource protectors occur in rural areas. Notably, these rural areas house many Indigenous communities. In 2019, 90 percent of deaths in Brazil occurred in the Amazon, an area where a large Indigenous population advocated to protect the exploitation of the environment. It is clear that Latin American national governments in Brazil, Colombia and Honduras disproportionately discriminate against Indigenous populations, particularly Afro-Colombian communities, who are victimized by attacks on environmental activists.

Thus, NGOs like Human Rights Watch need to call attention, and embark on investigations about this issue. The effects of climate change may become significantly more harmful by 2027; the world is at its breaking point. Why are countries ignoring those whose efforts protecting nonrenewable resources and land could potentially save seven billion people? Interestingly, activist groups have recently been speaking out against the persecution of Latin American environmentalists. Impact, a social media activism page, has recently called attention to the dangers environmental activists are facing in Latin America, and have shared Amnesty International’s petition calling for the Honduran government to protect Indigenous land defenders. Impact, which has garnered 1.3 million followers on Instagram, is sharing this important international petition to millions. This new generation of activists is showing us that while change may be difficult, it is possible when traction is built up around an important issue.