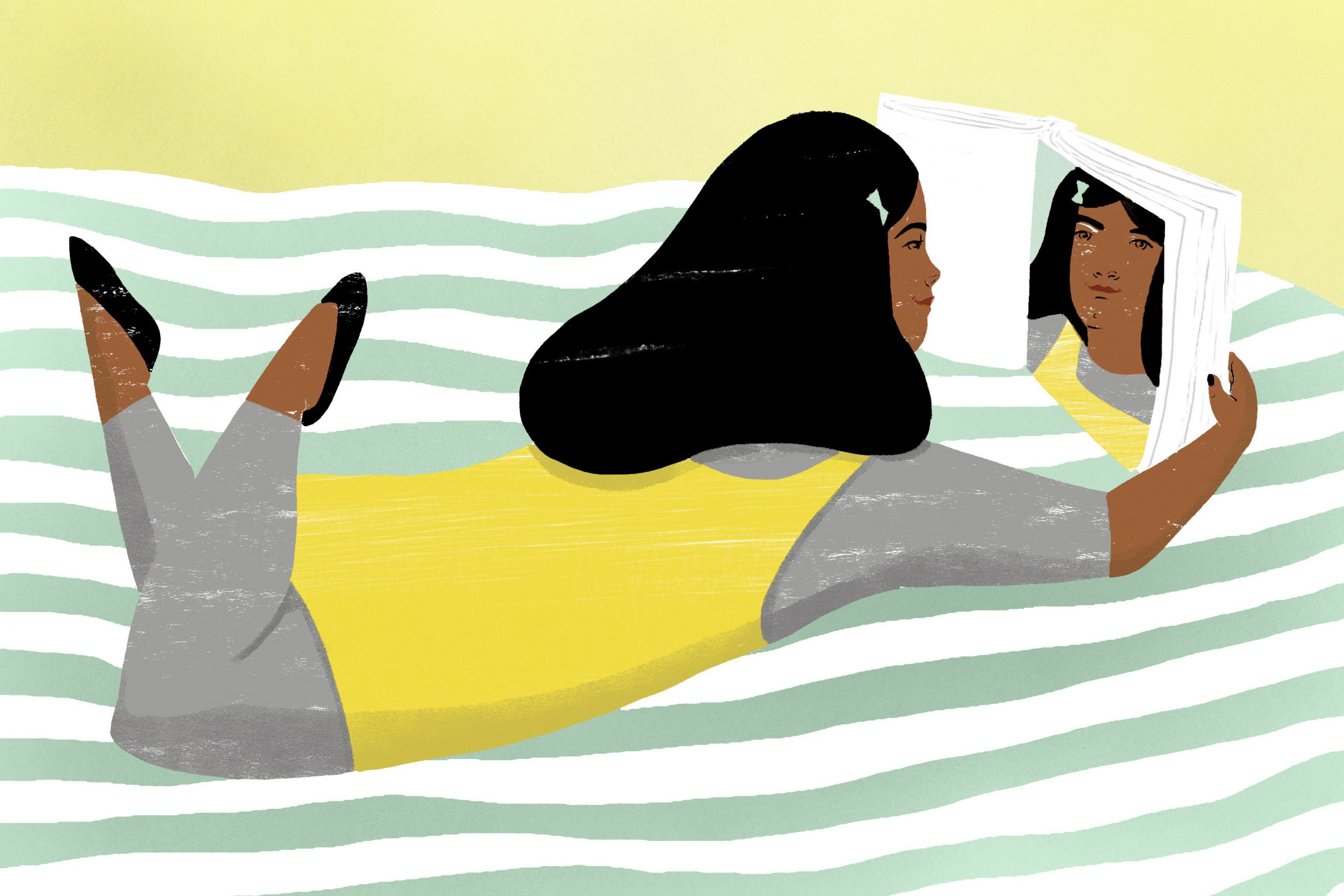 Finally, after a very long debate and after countless revisions, California’s Board of Education approved an ethnic studies curriculum for California high schools. The vote makes California the first state in the nation to offer a statewide ethnic studies model for educators. It has been under development since 2016 and has gone through four drafts. The development of this curriculum sparked a lot of debate with Jewish, Sikh and Armenian communities, and critics of critical race theory complained that the curriculum would only further divide students. Now, the final draft that has been approved seems to satisfy a lot of the originally aggrieved groups as the developers took public comments and critique seriously by including much of their feedback. State SuperIntendent of Public Instruction Tony Thurmond said, “The model curriculum approved is the fourth draft and reflects revisions responsive to thousands of public comments.” The approval of this curriculum is monumental and will pave the way for more inclusion and a celebration of diversity within California’s public schools.

The Board of Education started drafting the ethnic studies curriculum in 2016 after the passing of AB-2016. The law requires the California Instructional Quality Commission to develop a model curriculum in ethnic studies. Then, the California’s State Board of Education must adopt it. AB-2016 was sponsored by Monterey County Supervisor, then California Assembly member (D-Salinas) Luis Alejo, who has always been dedicated to this fight. Alejo has a history of fighting for the inclusion of ethnic studies, starting when he first introduced an ethnic studies K-12 bill nine years ago. Other major proponents/spokespeople in government in favor of an ethnic studies model were State Superintendent of Public Instruction Tony Thurmond and California Secretary of State Shirley Weber. Dr. Weber says, “A well-taught ethnic studies curriculum is beneficial to all students regardless of race. It transforms their lives.” When the last draft was on the floor to be approved, several big names outside of government, but in the social justice and activism world, also spoke in favor of the curriculum. They were, civil rights activist Dolores Huerta; Karen Korematsu, daughter of civil rights activist Fred Korematsu and founder of the Fred T. Korematsu Institute; Temple University African American Studies Professor Dr. Molefi Asante; and Stanford University Chicano Studies Professor Albert Camarillo, among others.

More than half of the 50 million K-12 students enrolled in U.S. public schools are students of color. An ethnic studies program provides students of color representation within school curriculum, acknowledges their often ignored and untold history and offers essential perspectives on under-represented groups. Students of color, and other students, will be able to learn about the culture, history and perspectives of one another in order to create a deeper understanding of race and ethnicity in America. The curriculum also seeks to foster an environment where racism does not have the capacity to flourish. Notably, students are also pushing for this innovation and change in school curriculum. State Superintendent of Public Instruction, Thurmond, points out student support from various focus groups on the curriculum. Thurmond notes, “Our students said to us that they wanted to see representations of themselves. They asked us why they didn’t learn about their own histories in school.”

Although an ethnic studies program is much needed and desired amongst students and the school community, it will be a difficult task for teachers to lead difficult conversations on sensitive topics, like history of race relations. Acknowledging this difficulty, Governor Gavin Newsom has included a $5 million budget allocation in the 2021-22 state budget proposal directed towards aiding teachers as they learn how to teach ethnic studies. This money would specifically go to professional development, such as teacher preparation and support programs, and instructional materials for ethnic studies offerings.

After AB-2016, when the writers began drafting the curriculum, it was expected to be completed by June 30th, 2019, and adopted by November 30th, 2019. However, it took four years to complete and be approved for adoption because of the countless debates that took place during the drafting process. It wasn’t approved until recently, March 18th, 2021.

Jewish Americans and Sikh and Armenian communities contested the first draft for their exclusion from it, and for including anti-semititc and anti-Israel language. This sparked a debate on whether the Israeli-Palestinean conflict should be included in a lesson. The state has more than one million Jews, with Los Angeles and the Bay Area hosting two of the nation’s largest Jewish communities. So, they felt that their concerns needed to be seriously considered in the process of drafting in order to properly represent the large population in the state. The Jewish community claimed that the initial draft practically endorsed the movement to boycott Israel and included a song lyric suggesting that Jews manipulated the press. Jewish organizations lobbied to revise the draft, submitting lesson plans about American Jewish identity as well as about the experience of Mizrahi Jews, or Jews from the Middle East and North Africa. In result of the comments that were brought forward about this, the anti-semitic and anti-Israel content was removed from later drafts and the lesson plans that Jewish organizations lobbied for, were included in the approved draft. Although, this action did not curb criticism. Now that the changes were adopted, others say that the model curriculum has been co-opted by anti-Palestinian, pro-Israel groups and now a substantive discussion of Palestinians has been compromised.

The Sikh community was also disappointed to see that even after contesting the first draft for their exclusion, the second draft didn’t do any better for implementing their inclusion. Pritpal Kaur, education director of the Sikh Coalition, explains the injustice of the second draft, “The second draft only mentioned Sikhs in the context of victimization following the terrorist attacks of 9/11. While the terror of racial profiling and hate crimes against the Sikh community after Sept. 11, 2001 is an important part of the lived history of many Sikh Americans, reducing the Sikh experience to this one story is reductionist and exclusionary.” Sikhs are an integral part of California. They represent roughly half of the approximately 500,000 Sikhs throughout the United States. Their accurate representation and inclusion is important if an ethnic studies curriculum is to encompass all of California’s diversity. In response to the second draft, 52 gurdwaras (Sikh places of worship) across the state signed a letter and 1,200 individuals signed a petition requesting more meaningful inclusion in the model curriculum. This was presented before the Instructional Quality Commission’s August meeting. They also had 25 individuals there who were prepared to make a testimony. As a result of their organized efforts and persistence, their demands were satisfied and more meaningful representation of their history, stories, and contributions were integrated into the ethnic studies curriculum.

Despite the arguments of the critics who don’t believe in the inclusive nature of ethnic studies and who denounce critical race theory, it is prevalent that ethnic studies is much needed in the public school system, especially for a state as racially diverse as California. Oftentimes, our textbooks prioritize the achievements of white men in history and distort their achievements at the expense of ignoring and manipulating the experiences of others. Our public school curriculum does not have enough diverse stories to make every student feel represented and heard. The ethnic studies curriculum will be groundbreaking for schools who make use of the curriculum, history will be able to be told from a more accurate and representative perspective, acknowledging the achievements and struggles of others.

The new ethnic studies curriculum is a big win for California public education as the large minority population in the state has been long underserved and underrepresented in public education. While this was much needed and long overdue, it does lack in its implementation as it is not mandated to be practiced in public schools. Schools are not forced to implement the curriculum, something that Gavin Newsom vetoed while in the early drafts of the curriculum. Back in October of 2020, he vetoed a bill that would have made taking an ethnic studies course a graduation requirement for high school students, saying that fixes should be made to the proposed curriculum before he makes the course mandatory for high schools. He felt wary about mandating a curriculum that was still taking shape in the long process of drafting and was seeing no end in sight of being completed. The public is hoping that after the passing of this final draft of the curriculum, there will be pressure on Newsom to now mandate the curriculum.

With careful consideration and the heavy involvement of multiple stakeholders and their recommendations incorporated into this final draft, the curriculum serves as a model for the rest of the country looking to advance their ethnic studies offerings. Hopefully, other states follow in the footsteps of California and consider adopting an ethnic studies model to the benefit of all students. Ms. Korematsu puts the passage of this curriculum perfectly when she says, “The ethnic studies model curriculum is a starting point. It’s not an endpoint. This is a pivotal moment in California’s educational history. The fight for justice and human rights begins with education, and begins now.”

Izzy Vinyard is a staff writer for the California section. She is a senior majoring in Political Science and minoring in Global Poverty and Practice. She is passionate about grassroots activism, economic and social justice, and fighting climate change. Izzy hopes to pursue a career in government or the non-profit sector.