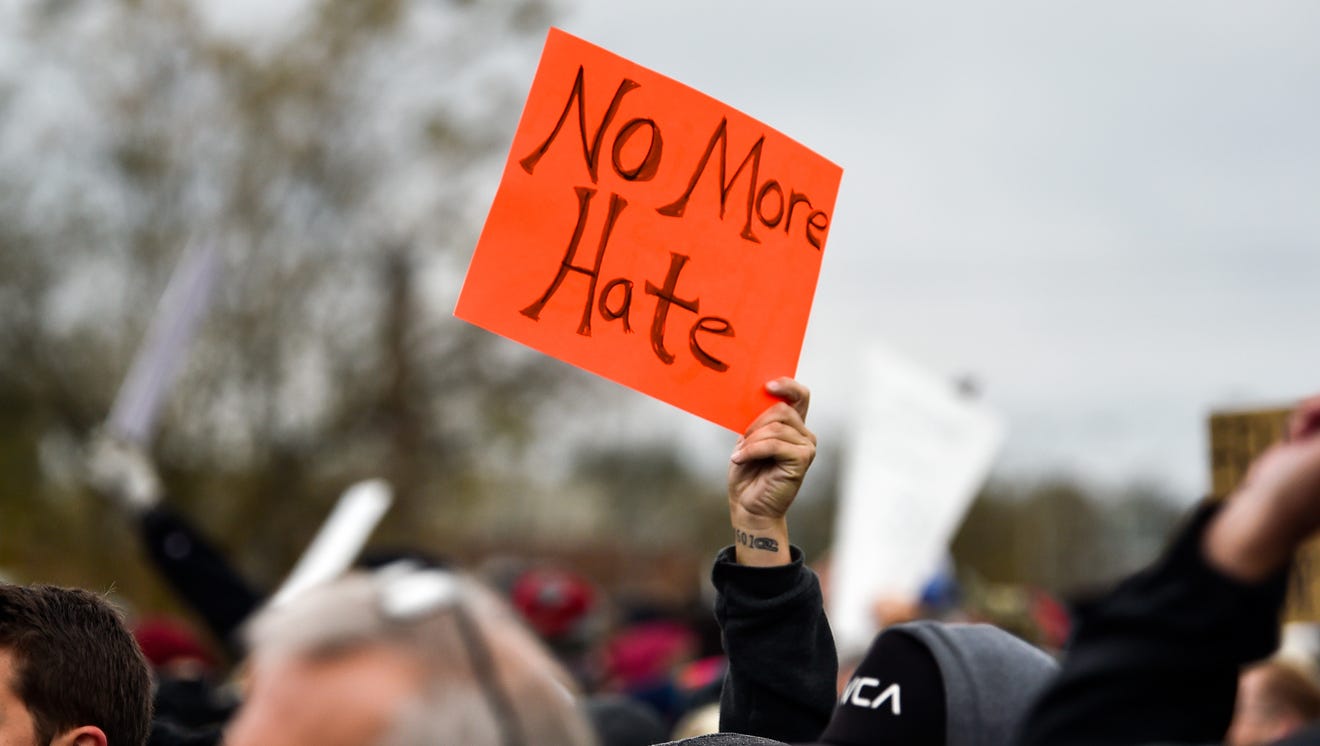 On March 16, 2021, a tragedy occurred for the Asian American and Pacific Islander communities, as they were the target of a deadly hate crime. A white man killed several workers at multiple spas in Atlanta, Georgia. Six of the eight people he murdered belonged to the Asian American and Pacific Islander communities. This event represents a surge in anti-Asian violence across the nation during the coronavirus pandemic. According to the Center for the Study of Hate and Extremism at California State University, Bernardino, reports of anti-Asian hate crimes have more than doubled during the pandemic. The serious nature of this issue is inspiring members of Congress to take action in promoting new hate crime laws to protect the vulnerable populations in our country. This article will detail and analyze hate crimes in California and what California’s Congresspeople are doing to prevent these future deadly crimes.

According to California penal code sections 422.55 to 422.95, hate crime charges may be filed when there is evidence that bias, hatred or prejudice based on the victim’s real or perceived race/ethnicity, religion, ancestry, national origin, disability, gender or sexual orientation is a substantial factor in the commission of the offense. Thus, in order for an event to be charged as a hate crime, there must be direct evidence that the victim was targeted because of their race, religion, gender or other protected characteristic. In California, it must also be proven that this bias was a “substantial factor” in the commission of the crime.

Examples of hate crimes under California law include the following: targeting a victim for any crime, including property crimes such as burglary or vandalism, because of the individual’s race, color, religion, ancestry, national origin, sexual orientation, gender or disability; vandalizing, burning or bombing a place of worship with the intent to terrorize; desecrating a religious symbol or displaying a swastika with the intent to terrorize; using force to intimidate or interfere with a person’s exercise of constitutionally guaranteed rights and freedoms.

Although California’s penal codes may intend to protect its residents from hate crime, the burden of proof needed to prosecute hate crimes is often hard to meet. Take the Atlanta event, for example. Although six of the eight people killed were Asian women, authorities are hesitant to label the event as a hate crime because they don’t know for certain that the incident was motivated by racial bias. If the criminal shouted racial epithets or wrote derogatory messages on signs, the crime could have more easily been connected to racial motive. Unfortunately, the lack of explicit evidence in cases makes hate crimes difficult to prove in court.

Penalties for hate crimes can include up to a year in jail, expensive court fines and up to 400 hours of community service. When the hate crime is charged as a felony, criminals can be sentenced to up to three years in prison, with additional years if there are prior felony hate crime convictions on an individual’s record. When criminals murder others during a hate crime, they face a felony sentence of life in prison without the possibility of parole or the death penalty.

Hate crimes are not new to the United States or California; however, recently they have been increasing in the social and judicial record. L.A. County in 2019 saw hate crimes against people of Jewish descent increase by 89 percent, of Asian descent increase by 32 percent, and of persons of Middle Eastern descent increase by 142 percent. The majority of these hate crimes reported in California were motivated by bias against an individual or group’s race, ethnicity or ancestry, followed by bias against sexual orientation or religion. Most of these crimes were violent crimes rather than property crimes. This included intimidation, simple assault, and aggravated assault. For hate crimes motivated by religious bias, the opposite was true and property crimes made up a majority of crimes. This included arson, burglary and theft.

Despite this data on increased reporting rates, studies demonstrate that the majority of hate crimes never get reported. The U.S. Department of Justice reported that 54 percent of hate-motivated incidents, including hate crimes, were not reported to law enforcement during 2011-2015. The report states the following as reasons why these crimes go unreported: “incident was not important enough to be reported to police, there was nothing police could do to help, police would not want to be bothered or to get involved, reporting the incident would bring more trouble for the victim.”

The underreporting of hate crimes is a threat to everyone who shares the same beliefs and personal characteristics as the victims. If these crimes go unnoticed, efforts at prevention will be less effective. Thus, it is clear that action is needed to encourage reporting of such crimes. Public awareness programs, language training, and departamental training are all beneficial tactics in promoting the reporting of hate crime. Many people are not aware of the consequences of hate-based incidents. Public awareness programs can encourage communities to report crimes and participate in crime prevention groups. Additionally, hiring or training officers who speak the language of communities that are targeted can increase the reporting of hate crimes by creating an easier and more comfortable environment for individuals to report the crimes. Lastly, departmental training can be key in identifying, investigating, and reporting hate crimes. Diversity and inclusion classes and a strong understanding of hate crime laws are important in identifying, reporting, and preventing hate crimes. All of these efforts combined can lead to a community that reports hate crimes more successfully.

California legislators are also taking action to prevent future hate crimes. Assembly members Al Muratsuchi, D-Torrance, and David Chiu, D-San Francisco are introducing a hate crimes hotline bill to Congress that would create a toll-free hotline and online reporting system for reporting hate crimes and hate incidents. “Over the course of this pandemic, we have seen a horrific uptick in hate crimes targeting our API communities,” Chiu said in a joint statement with Muratsuchi. “We cannot stand idly by and allow this to continue. Having a centralized, statewide approach to tracking hate crimes within a law enforcement agency will make all of our communities in California safer.”

This year, Gavin Newsom also signed a bill that provides $1.4 million in state funding to researchers at the Asian American Studies Center at the University of California, Los Angeles and the Stop AAPI Hate website. The Stop AAPI Hate website tracks hate incidents and helps Asian Americans report them in a dozen languages. The website has been largely successful with its mission, and between March 2020 and February 2021, the website reported 3,795 incidents of hate crimes against Asian Americans. In this way, California has taken a different response to Asian hate than other parts of the nation, such as New York, which plans to increase policing and create an Asian Hate Crime Task Force to address the hate crime issue.

Although increasing the reporting of hate crimes is a huge step in the right direction to bring awareness to the severity of hate crimes, it doesn’t do anything to mitigate the issue or protect future victims from hate crimes. It is a reactive policy that responds to the problem, not a proactive solution. That being said, legal reform would be a more effective avenue for protecting future victims from hate crimes. Right now, the onerous burden of proof of racial motivation severely limits the ability of the state to charge and convict criminals. However, if the regulation regarding the burden of proof is amended to require a “substantial” causation standard for racial motivation, then criminals would be convicted for their hateful intentions regardless of other motivating factors. This would increase hate crime convictions, while also making sure that individuals without racial motive are not wrongly accused of the crime.

As history demonstrates, legal change is extremely slow. Thus, in the meantime, the everyday person can also take initiative to prevent hate crimes. Firstly, it is always important to speak out against hate and intolerance. Silence is interpreted as acceptance, so speak out about these injustices! Post on social media; hold a community meeting; sign a petition; do what you can to fight hate. Secondly, educate yourself on hate crimes. Understanding the difference between hate crimes and incidents and their effects on individuals is necessary to combat the issue at hand. Offering support to victims is another significant step that any individual can take. Victims may feel afraid and scared, and small acts of kindness can help alleviate some of the pain they are experiencing. Lastly, demand that your public officials speak out against hate crimes. Elected officials and community leaders are important allies to fighting hate. They can push for legislation, emphasizing the salient nature of these issues. Encourage them to step up and take action!

California lawmakers have pushed for stronger hate crime laws in the past, but all previous efforts were unsuccessful. This demonstrates the significant power that the public holds in influencing legislation. The outstanding reaction to the Atlanta crime sparked a strong reaction by Governor Newsom and Congresspeople Al Muratsuchi and David Chiu to create stronger hate crime laws. The horrific event in Atlanta sparked necessary community action, and should prove to Californians that educating others and speaking out against hate and intolerance is a key solution to decreasing hate in California and throughout the nation.