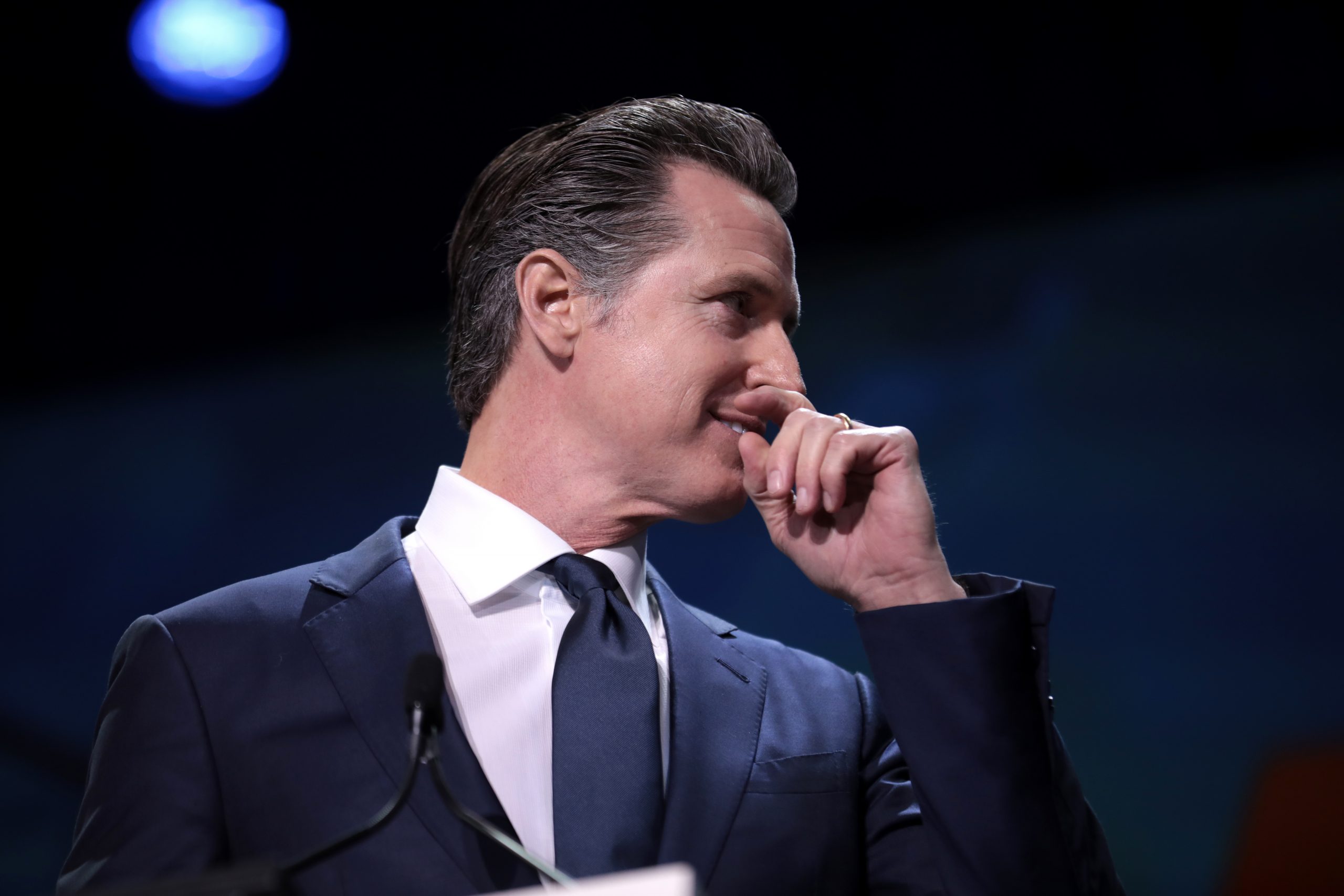 Newsom Recall: Lessons from the Past

Recall attempts are nothing new to California politics. Since 1913, 55 attempts have been made to remove the governor from office, but only once, in the year 2003, did the recall actually qualify for the ballot. It removed the incumbent, Gray Davis, and replaced him with none other than Arnold Schwarzenegger. Gavin Newsom, California’s current governor, is set to be the second governor in the state’s history to face a recall election later this year.

The recall process is fairly straightforward: a petition is started, and a number of registered voters equal to 12% of the number of people who voted for the governor must sign the petition within a time period set by the Secretary of State. If this signature threshold is reached, an election is held no less than 60 and no more than 80 days after the Secretary of State has verified the validity of the signatures. The ballot for such an election has two components: first, voters select “yes” or “no” on whether to recall the Governor, second, voters select who they’d wish to replace the Governor should the recall be approved.

To understand the challenge Newsom faces, it is helpful to compare it with the only successful gubernatorial recall in the state’s history: that of Gray Davis. Like today’s Coronavirus pandemic, but nowhere near the same in magnitude, Davis faced a multitude of crises in the short period between his reelection and removal from office. There was the dotcom bubble burst, which sent the economy into a downturn while the budget deficit ballooned under his watch. But what affected Californians the most was the state’s electricity crisis at the time. Because the government failed to secure enough power for the entire state, rolling blackouts were put in place to conserve energy; they caused great inconvenience to many Californians and were an effective talking point to use against Davis.

A difference between Davis and Newsom that proved consequential for Davis was his lack of a personal or emotional connection between both the electorate and the legislature. For the majority of his career, Davis was a backseat operative who preferred to influence policy behind closed doors rather than interact with and take note of what the voters wanted. His attitude towards the legislature was also quite arrogant: he viewed the body as a tool for his political objectives rather than a co-equal branch of government. For that reason, when the recall began to pick up steam, few state senators and assembly-members ran to his defense. Moreover, Davis’ own Lieutenant Governor, Cruz Bustamante, ran as a replacement candidate (although he encouraged Californians to vote “No” on the recall).

Newsom, on the other hand, has worked hand in hand with the legislature in the battle against the pandemic over the past year while holding regular public events: traveling across the state promoting coronavirus testing, relief, and vaccination programs all the while providing frequent briefings and press conferences. Another key difference between the two governors’ situations is the strength of the Democratic party within the state. When Gray Davis was elected, he was the first Democratic Governor of California in 16 years. Today, Republicans make up fewer than a third of California’s electorate and Democrats hold every statewide office.

Davis’ personal problems, along with the problems the state faced, contributed to his eventual downfall. Still, it is remarkable the recall campaign convinced the majority of voters to remove Davis from office less than a year after reelecting him to a second term. The campaign’s strategy? To remain non-partisan and attract a broad range of support from all sides of the political spectrum. The recall campaign did not endorse any one successor, but instead stated that“any of the prospective candidates would do a better job as governor than Gray Davis has demonstrated.” Their attack ads focused on Davis’ personal failures as governor, such as his handling of the budget and energy crisis, rather than advocating for a specific set of political ideals or using partisan rhetoric.

This, of course, does not include attack ads from Davis’ political opponents running to replace him. Arnold Schwarzenegger, his main challenger and eventual successor, had raised $5 million more than Davis with just two weeks until the election. Schwarzenegger did not shy away from insulting the sitting governor, calling him “Desperate Davis” and strongly questioning his ability to lead the state.

Once the campaigns had run their course and election returns were finalized, Davis was ousted with 55% of voters choosing “Yes” on whether to recall him. Schwarzenegger received 49% of the vote for who should replace Davis, the most of any candidate. Davis’ poor performance in the election is not surprising when put in the context of Californian’s sentiment towards him and the state as a whole. Only 20% of voters characterized California’s economy as “good or excellent,” a poor showing for a candidate hoping to keep his job. Noticeably, 18% of the voters who chose to oust Davis were Democrats: proving the non-partisan messaging focused on his specific failures on the job had a noticeable effect on those voters who would have been more likely to support him in the first place.

The conditions that led to such a result pale in comparison to the problems California faces today. The coronavirus pandemic has claimed the lives of tens of thousands of Californians; businesses have been closed, opened, and closed back down on numerous occasions; and the vast majority of students have not attended in-person classes in a year, all while other states have opened back up and returned closer to normalcy.

Will the voters hold Newsom accountable? Unlike what Davis faced in 2003, the coronavirus has impacted every corner of the globe, not just the state of California. No one can blame Newsom for letting COVID-19 through the state’s borders, but if enough of the voters believe his response was too meager, too extreme, or an outright failure, he could face serious consequences.

The campaign attempting to convince voters that Newsom has failed is also operating quite differently than the one which ultimately unseated Gray Davis. While the “Recall Gray Davis” campaign focused on and advertised specific missteps Davis took while in office, the “Recall Gavin” campaign is using common Republican attack lines heard in any election. The campaign accuses Newsom of ridiculous lockdown standards, as well as threatening Californians’ First and Second Amendment rights, over-regulating business, indoctrinating children through public school sexual education, and providing outrageous benefits to undocumented immigrants within the state. Pandemic fatigue fueled the recall campaign’s success, but its organizers’ goals have little to do with reforming California’s response to COVID-19 and more to do with altering the direction and philosophy of the governor’s office entirely.

The probability of these goals being achieved is slim to none. It is important to note that organizers in the Davis Recall were able to collect the required amount of signatures in only half the time the Newsom Recall organizers have. In November, a Sacramento judge granted the campaign an additional six months due to the increased difficulty of collecting signatures as a result of the pandemic. If the deadline was never extended, the petition would not have come close to breaking the 12% threshold. If and when a recall election takes place, Republicans make up only a quarter of registered voters in California, and Newsom’s approval ratings are hovering around 50%: much higher than what would reasonably be needed to remove him.

Unlike Davis’ recall, Newsom faces a hyper partisan challenge. While this strategy works well in gathering support for signatures (as it caters strongly to the conservative/Republican base within California) it’s hard to see how it will convince the majority of voters to oust Newsom from office. The campaign against Davis succeeded because its organizers convinced Californians he was the wrong person for the job without advocating for a certain set of political beliefs. Newsom’s opponents are using arguments that, past elections have proven, are not popular in California politics.

Successfully recalling Newsom would require an extraordinary sequence of events. As the petition’s success has been driven by the agonizingly long presence of the coronavirus in everyone’s lives, it would likely require significant setbacks, or stagnations, in the fight against the pandemic. While the vaccine rollout was slow in the beginning, it has gained momentum, and more and more people are becoming eligible to receive the jab. The dreadful possibility that COVID makes a comeback is unlikely.

Most likely, the Democratic party establishment has learned from the mistakes of 2003 and will fundraise and fight side by side to keep Newsom in office, unlike in 2003 where Davis’ own second in command caused a diversion of funding and attention by running for the Governor’s office as well. If a well-known left leaning candidate entered the race and convinced enough progressives to vote “yes” on the recall, even while republican turnout was strong as well, it is feasible, but not probable, that Newsom could be removed. However, it is difficult to see Newsom’s wall of support cracking if Democrats stand united against his challengers.