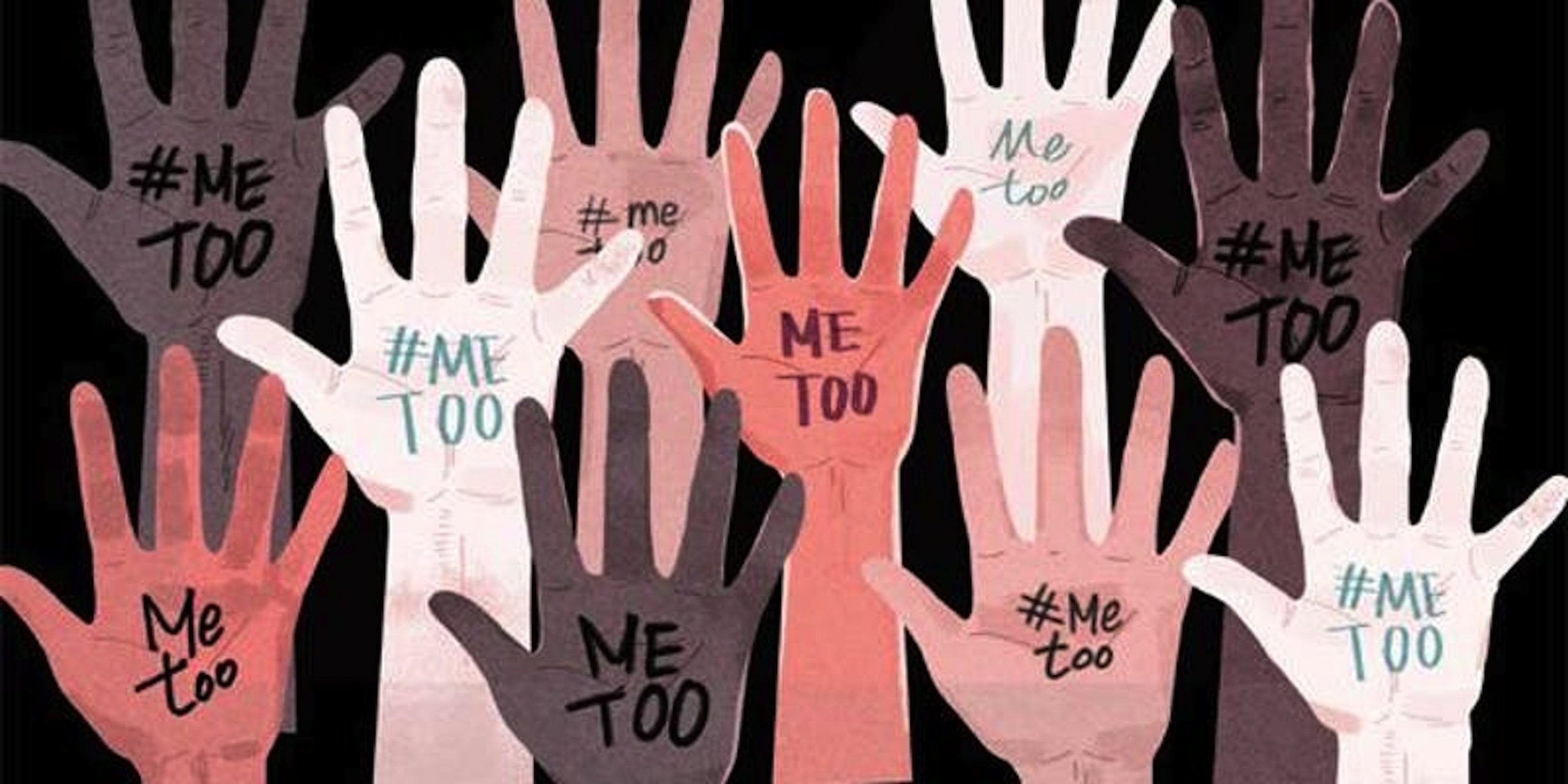 Our Politics Has A Sexual Violence Problem

Bill Clinton, Joe Biden, Andrew Cuomo, Donald Trump, Brett Kavanaugh, and Clarence Thomas: what do all these men, Democrats and Republicans alike, have in common? Numerous allegations of various forms of sexual misconduct.

What is further troubling is that these are only a few names in a long, exhaustive list of elected politicians that have been accused of sexual misconduct. The full list is seemingly endless, with more allegations against our elected officials constantly arising. This terrifying trend reveals two fundamental truths about our political system: sexual abuse is not a disqualifier for public office and true accountability is rarely a priority for our politicians. With the rise of the Me Too Movement in 2017, it seemed that activists were finally bringing accountability for sexual misconduct to the forefront in all facets of American life, including the political arena. Yet, accountability became just another weapon of partisanship, used only when it is politically convenient for one party to disparage candidates from the other. True accountability is yet to be seen, as both parties continue to protect abusers within their circles at the expense of  women.

During former President Donald Trump’s 2016 campaign, several women came forward accusing him of various forms of sexual misconduct, including everything from sexual harassment to rape. In fact, since the 1970’s, over 26 women have accused Trump of sexual misconduct. In October, 2016, Jessica Leeds accused then candidate Trump of groping her on an airplane flight in the 1980s. Around the same time, Kristin Anderson accused him of sexually assaulting her in a nightclub in the 1990s. Lisa Boyne accused Trump of sexual misconduct: she asserted that he looked under women’s skirts and made comments regarding their bodies during a dinner in 1996. He was again accused of sexual assault by Cathy Heller, who alleged that Trump forcibly kissed her at a brunch in 1997. These accusations represent only a few of the many instances of sexual misconduct allegations made against the former President during his campaign for the presidency. Many accusations predate his entrance into politics.  Prior to 2016, there were also numerous other allegations against Trump, including his first wife Ivana Trump, who accused him of marital rape in 1989. The long list of sexual abuse allegations against Trump has sparked outrage amongst Democrats over the years, coalescing in numerous notable Democrats calling for Congressional investigation in 2020.

Contrastingly, the Republican response to the countless credible allegations was to rally around Trump, both in the 2016 and 2020 election cycles, and protect him from facing any sort of accountability. Prominent Republicans, including Senator Thom Tillis, Senator John Kennedy, Senator Lindsey Graham, Representative Kevin McCarthy, all expressed their public support of Trump and offered varying statements along the lines of “we believe him.” Though he refused to offer any public statement on the subject, Mitch McConnell, perhaps the most influential congressional Republican, also participated in protecting Trump from accountability by refusing to bring the matter in front of the Senate. The Republican party’s complete mishandling of the misconduct claims against Trump came as a surprise to few, as the party has never positioned itself as a champion for women’s rights and protection. The backlash from Democrats, on the other hand, felt validating for many, as it seemed that at least one party cared about the safety of women. Democrats rallied around Trump’s accusers, called for investigation, and championed the fight for holding sexual abusers accountable. Yet, when the time came to truly prove that the Democratic party was committed to fighting for justice and believing women, Democrats fell extremely short.

Democratic leadership positioned Joe Biden as the antithesis of Trump in every regard. Mild mannered, centrist, and politically competent, Biden was deemed as the solution to the four year Trump nightmare. Yet, the similarities between Trump and Biden began to emerge all too quickly, especially when Tara Reade came forward with allegations of sexual misconduct against Biden in 2019. Ms. Reade accused Biden of sexual assault in 1993 when she worked as an aide in Biden’s Senate office. Reade’s recount of an incredibly violent incident of sexual assault paved the way for seven other women to come forward and also accuse Biden of inappropriate behavior and sexual harassment. These incredibly serious allegations seemingly did not strike the same chord amongst the Democrats as the allegations against Trump. In response to Reade’s allegations, many Democrats stood in support of then candidate Biden and worked to undermine her story in a startling echo of the Republican response of defending Trump. Notable Democratic figures such as Kristen Gillibrand, Stacey Abrams, Kamala Harris, Elizabeth Warren, and more doubled down in their support for Biden and essentially wrote off Reade’s claims. The Democratic Party, which had previously positioned itself as the party that believes all women, abandoned the women of America altogether when it was no longer convenient to believe women. All of the calls for accountability, investigation, and outrage that were present during Trump’s initial candidacy completely disappeared when the Democrats’ own candidate faced the same accusations.

An Opportunity For Change

Two recent allegations against Andrew Cuomo, the Democratic mayor of New York, and Republican congressman Matt Gaetz present a rare opportunity for both parties to truly push for accountability. In mid-March of this year, Alyssa McGrath, an employee at Governor Cuomo’s office, accused Cuomo of numerous instances of sexual harassment. According to McGrath, Governor Cuomo had multiple inappropriate encounters with her and another office aide, including ogling their bodies, commenting on their looks, and making suggestive comments towards them both. Furthermore, McGrath accused Governor Cuomo of groping another unnamed aide at his mansion; this act constitutes sexual assault.

On the Republican end of the spectrum, the Department of Justice is investigating Congressional Representative Matt Gaetz for violating sex trafficking laws. Gaetz allegedly committed statutory rape of a 17 year old girl, who he bizarrely referred to as a “17 year old woman.” He also possibly paid for her to travel across state lines with him to facilitate their sexual relationship, which would constitute sex trafficking. Both situations are just the latest examples of sexual misconduct allegations against sitting politicians on both sides of the political aisle. They also represent a chance for both Democratic and Republican leaders to make amends for their previously negligent and harmful handlings of sexual misconduct cases. In both instances, our political leadership has the opportunity to ensure a thorough and legitimate investigation is fully carried out and, if either Gaetz or Cuomo are found guilty, to hold them accountable to the fullest extent of the law. These allegations cannot be swept under the rug, as previous ones have been, for incredibly selfish partisan purposes.

The past several years have exposed a frightening reality for American women: our politicians do not care for our safety or justice in the fight against sexual violence. Accountability has become just another tool for the parties to use to win voters and undermine each other. Survivors of sexual trauma are lost in the sea of partisanship and used as tokens to prop up the parties reputations. Our politicians are all too eager to use women such as Dr. Christine Blasey-Ford as sounding calls for justice, rightfully so, but ignore and slander women such as Tara Reade. Across both sides, leaders will shield and deflect allegations against one of their own, while lambasting abusers on the other side. These shows of partisanship serve only to further harm women, as they undermine the very real struggle against sexual violence in politics, and more broadly, all facets of life. Sexual violence has become politicized in a way it never should have been. Fundamentally, sexual violence is not a controversial issue; it is evil, plain and simple. Perpetrators must always be punished regardless of the situation. Acts of sexual misconduct are not minor inconveniences to be swept under the rug for the sake of preserving the party’s image. Whether the accused is a Democrat or Republican, all allegations of sexual misconduct must be treated with equal severity and every accusation must be addressed and properly investigated.  Survivors must always be heard, supported, and given the chance to fight for their justice. It is long past time to depoliticize the fight against sexual violence and hold all of our politicians, both abusers and enablers alike, accountable for their complicity in the continued violence against women. The anguished calls to “Believe Women” include all women, not only some women when it is politically convenient to do so.