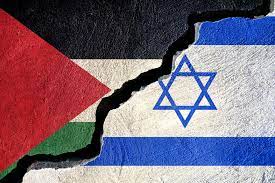 The Two State Solution Is Dead.

The holy grail of conflict management has always been between Israel and Palestine; it is the most shining accomplishment for any individual or state mediator. Since the establishment of the state of Israel, the most preferred solution to the Israel/Palestine problem has been the “Two State Solution,” which essentially proposes two sovereign states for two peoples. However, over time, the much beloved two-state solution has become increasingly more difficult to implement, as the conditions on the ground have changed drastically since 1974, when the plan was initially proposed. The multiple attempts and failures of the Madrid negotiations, Oslo Accords, Camp David Accords, and the 2013-14 talks have only exacerbated the divide between Israel and Palestine, further complicating the dynamic between the two. Today, the two-state solution seems to be more unlikely than ever, with Israel becoming increasingly more right-wing, Gaza and the West Bank splitting politically, and Middle Eastern nations normalizing relations with Israel.

No Reasoning With An Apartheid Regime

The two-state solution is contingent on Israel making major concessions for the creation of a viable Palestinian state. As the advantaged party, Israel occupies most of the Palestinian territories, exerts political control over much of the land, and essentially dominates the other side. Any two-state solution will inherently come at the expense of Israeli power, as an independent, sovereign Palestine requires totally removing all Israeli military forces in the Occupied Palestinian Territories (OPT), ending legislative restrictions on Palestine, and abandoning Israel’s economic blockade of Gaza. As the years have gone by, Israel has become more firmly entrenched in the day-to-day administrative operations of the Palestinian territories, thus making the two state solution more difficult to implement than ever before. Furthermore, over time, Israel’s tactics used to interact with the Palestinians has become increasingly more repressive, with many of its actions qualifying as apartheid.

In early 2021, notable Israeli human rights non-profit B’tselem released an independent report determining that the situation in Israel and its treatment of Palestinians qualified as apartheid according to their standards. Their report was based upon four primary criterion, including Israel’s restrictions of Palestinians’ freedom of movement, annexation of Palestinian land, immigration restrictions, and denial of Palestinians’ right to political participation. Their designation of Israel as an apartheid regime seems accurate when examining the many ways in which Israel has enshrined Jewish supremacy into law at the expense of Palestinians living in both Israel and the Occupied Territories alike. Starting with the Nation State Basic Law, the Israeli government determined that “the right to national self-determination in the State of Israel is unique to the Jewish people.” Furthermore, another stipulation of the law finds that “the State shall strive to ensure the safety of members of the Jewish People and of its citizens.” Though the bill includes all Israeli “citizens,” this distinction is in effect useless when considering the stated fact that “non-Jews have no right to legal status in Israeli territories,” thus alienating Palestinians. These sections, along with the entire bill at large, determine Jewish superiority at the expense of Palestinians living in Israel and in the OPT, thus implementing an overtly racist law that does not even attempt to provide any legal protections for Palestinians.

Additionally, the daily restrictions Palestinians face in terms of their freedom of movement is inherently discriminatory. Where Israeli citizens – both Jewish and Palestinian – are able to travel throughout the land freely, Palestinians living in either the West Bank or Gaza are not afforded the same treatment. West Bank residents must apply with Israeli authorities to receive permission to travel to Israel, East Jerusalem, or the Gaza Strip. Gaza faces an even more restrictive reality, as the  blockade against the region has imprisoned the entire population, thus forbidding any movement in or out of the strip except in extremely rare humanitarian cases. The blockade campaign is so severe and oppressive that Gaza is known as the world’s largest open-air prison. In addition to movement between territories, Israel also restricts Palestinians movement within the OPT through its control over its military checkpoints, restrictions on access points, and road blockades. Traveling abroad for Palestinians also requires prior approval from the Israeli government, which thousands of Palestinians are denied yearly. The extreme control and systematic denial of freedoms explicitly displays tactics of an apartheid regime, which was reaffirmed by the Human Rights Watch’s determination of Israel domination over Palestinians as apartheid. According to the Human Rights Watch, Israel’s “intent to maintain domination” requires systematic oppression and institutional discrimination against the Palestinians. The report details legal discrimination, human rights violations, and confiscation of Palestinian land in its determination of apartheid.

In addition to legalized inequalities, Israel’s government grows increasingly far-right with each election cycle, electing officials that are openly xenophobic and in some cases genocidal, starting with the Prime Minister himself. Benjamin Netanyahu committed himself to preventing any possibility of an independent Palestinian state in 2015, ahead of one of his re-elections. Netanyahu has also differed from his predecessors in that he has changed the right-wing’s strategy from silently annexing territory from Palestinians to doing so openly and unapologetically. Despite calls from the UN and the EU to abandon plans to annex territories from the West Bank, Netanyahu stated in August that annexation would remain “on the table”, if slightly delayed. Just this month, Netanyahu was re-elected again, making a two-state solution improbable under this government. Even on the off-chance that negotiations reopen between the two sides, the Prime Minister has made clear that he will not accept full sovereignty for Palestinians and would only agree to a Palestinian state if Israel retained control over security. Beyond Netanyahu, the re-entry of the Kahanists, an extremely right-wing, extremely violent political faction in Israel, into the Knesset in the most recent election indicates an incredibly dangerous shift in the nation’s politics. The Kahanist movement, founded by the late Rabbi Meir Kahane, envisions a very exclusionary future for Israel and calls for the expulsion of Arabs and non-Jews from both Israel and the occupied territories. Furthermore, the movement’s founder advocated for Israel, which identifies as a democratic state, to be governed by Jewish religious law, inherently alienating any non-Jewish residents of Israel. The Kahanist movement itself was outlawed as a terrorist organization by Israel, the United States, and other Western nations for its incitement of violence against Arabs. Where previously most of the population shunned the Kahanist movement due to its violent actions and murders carried out against Palestinians, more and more of the population is now openly embracing the party. This was exemplified by the Religious Zionist Party, a radical right-wing political party in Israel, winning an estimated seven seats in the Knessnet. The Religious Zionist Party is allied with the Jewish Power Party, whose founder was a disciple under Rabbi Kahane. Its victory gives voice to an openly violent sect of the Israeli political sphere that is not willing to negotiate with the Palestinians. Overall, the political and legislative changes of the Israeli regime and its actions towards the Palestinians has made the two solution virtually inviable, as one cannot negotiate with an apartheid regime.

Another major factor preventing the two-state solution from ever coming to life is the incredible dysfunction in the managing of the Occupied Palestinian Territories and the divisions between varying leadership groups. First and foremost, the West Bank and the Gaza Strip are governed by different political parties, with the former falling under the Fatah-led Palestinian Administration and the latter falling under Hamas’ influence. Though the two groups signed a reconciliation deal back in 2017, they have a tenuous history that has led to differing goals, which in turn have complicated previous attempts at a two-state solution. Hamas’ approach to dealing with Israel has been inherently been different than Fatah and the Palestinian Administration (PA). Where the PA believes in using negotiations in the fight to liberate Palestine, Hamas’ approach has and continues to be strategies of armed resistance. This strategic difference has created many problems for the Palestinian side, as Hamas’ actions have been perceived as many terrorist tactics. Furthermore, Hamas’ origins as an off-shoot of the Muslim Brotherhood has delegitimized them as a political party in the eyes of the international community, thus complicating the situation further. Another divergence between the two is their relationship with the status of Israel. Fatah, and by consequence the Palestinian Administration, have formally recognized the legitimacy and sovereignty of the state of Israel. By contrast, Hamas has not recognized Israel even in its updated charter. Though the updated charter did soften its position towards Israel, in that it dropped the language of “destroying” Israel, formal recognition of the state has still not occurred. This distinction is significant, as it creates an important division between the two political parties, and more broadly between Gaza and the West Bank. These distinctions have also led to Israel outright refusing to engage in any negotiations that include Hamas, even in the form of a unity government between Hamas and Fatah.

Additionally, Hamas’ terrorist designation has meant that it has consistently been excluded from negotiation attempts and will continue to be going forward, which has also complicated matters further. Though Hamas’ categorization, as either a terrorist organization or a political party, remains a controversial topic amongst various international actors, the reality of the situation is that Hamas has been legitimately elected by Palestinians and has de facto control over Gaza. Excluding it from negotiations has the effect of alienating the entirety of Gaza Strip and its population. It also means that Palestinians in Gaza will not have any political representation in negotiations, as their chosen representatives are Hamas, not Fatah. This article does not seek to debate over the validity of Hamas’ designation as a terrorist organization nor does it condone the use of violence against civilians. Rather, this article seeks to highlight the reality of the situation in which Hamas is a political entity that controls half of the occupied territories. Excluding one of the major governing authorities has the potential to delegitimize the entire peace process, as Hamas may choose to reject any decided upon conditions. Furthermore, with the upcoming Palestinian elections slated for later this year, some are predicting that Hamas will once again emerge victorious in the elections. If this occurs, then realistically any future peace talks will have to acknowledge and deal with Hamas’ participation in the process. Otherwise, the entire process may once again be undermined by the same dysfunction and disagreement that the Palestinian Authority has faced for years. Furthermore, the exclusion of a major political actor from the negotiation process could serves to alienate an entire segment of the Palestinian population.

Is There A Way Forward?

Looking to the future, especially in light of President Biden’s recent endorsement of a two-state solution, there is some tentative hope for preserving the two-state solution. However, any future attempts at negotiation have become more complicated than ever before. Annexation, apartheid, political changes, and administrative dysfunction have ensured that implementing a two-state will be a major difficulty for even the most unbiased, effective mediators. The international community must grapple with the reality of an increasingly uncompromising and right-wing Israel and a potential seat at the table for Hamas. The ever increasing complications in the Israel/Palestine situation have all but destroyed the path for a two-state solution.