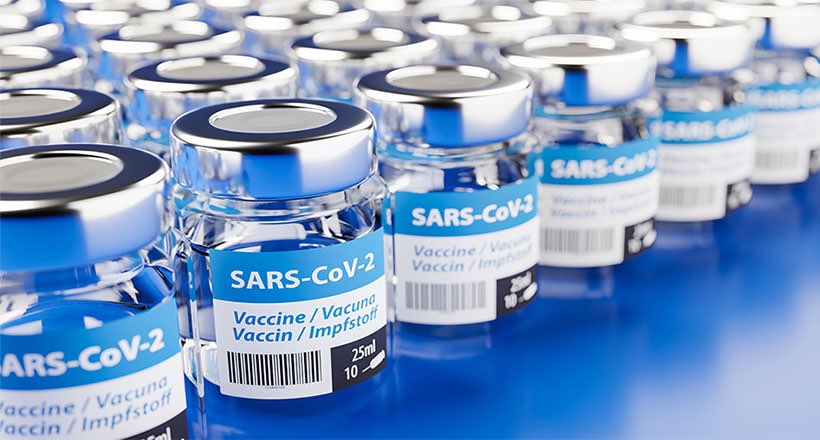 As the end of Covid-19 slowly dawns, and with it the advent of a vaccine, a troubling trend is on the rise. Faced with worldwide lockdowns that had a crippling effect on the global economy, public health, and the world at large, scientists from all over rushed to create a vaccine that would finally put an end to the Covid-19 pandemic. Despite the development of eight different vaccine brands — those of Pfizer, Moderna, Johnson & Johnson, AstraZeneca, Sputnik, Sinovac Biotech, Novavax and CanSino Biologics –– vaccine purchasing and distribution has been incredibly disparate to date. Rich, typically western nations have bought up approximately 53% of the vaccine supply despite only housing 14% of the world’s total population. This is compared to middle and lower income nations who have purchased only about 23% of the vaccine supply, which will leave billions of people around the world unvaccinated. One study estimates that 90% of people living in 67 low income nations stand virtually no chance at being vaccinated at all due to the inequities in vaccine distribution. The inequities in vaccine distribution pose a major threat to public health, as leaving billions of underserved people unvaccinated ensures continued, unnecessary deaths and delays the global recovery process. Without vaccinating the majority of people, Covid-19 measures such as self-isolation, social distancing and face masks will remain in place and prevent the resumption of a pre-Covid-19 lifestyle. Furthermore, it is estimated that this delay in mass immunization will further damage the global economy and can potentially result in a financial loss of nearly $9 trillion dollars.

A New Kind of Wealth Gap

Wealthy, western nations are creating this glaring disparity, as they are buying out and hoarding the global vaccine supply. Canada, with a population of approximately 38 million people, has purchased and reserved 358 million doses, which averages out to about five vaccinations per person. Similarly, the United States has pre-purchased one billion doses for a population of 330 million people. The European Union has jointly purchased another 1.6 billion doses for a collective population of 446 million people. Such tactics have excluded hundreds of middle and low income nations, leaving many to rely on the Covax program for access to vaccines, a joint initiative between the World Health Organization, UNICEF, the World Bank and the Bill and Melinda Gates Foundation. Though the Covax program ambitiously seeks to distribute two billion doses to underserved populations, to date, the program has only secured about 700 million doses. The incredible scarcity of vaccines has created an unprecedented opportunity for privileged nations to garner political capital with developing nations by providing Covid-19 vaccines at little to no cost.

This unmet need in developing nations has essentially opened the door for a new foreign policy tool that errs on the side of coercive and unethical political tactics. By providing poorer nations that would otherwise lack free access with the vaccine, nations such as China and Israel are able to generate support, goodwill and political favors from these nations; in effect, they are shoring up political capital with developing nations to later exploit for their own gain. February 2021 saw Israel delivering cases of vaccinations to nations including Guatemala, Honduras and Syria, with plans to “donate” more doses to countries in Africa, Europe, and Latin America. Though the plan was halted due to international outrage over Israel’s deliberate failure to vaccinate Palestinians living in occupied territories, it is representative of an emerging foreign policy strategy known as “vaccine diplomacy.” This “vaccine diplomacy” has nations with doses to spare purchasing foreign allyship through vaccine distribution. Prior to the plan’s reversal, Prime Minister Netanyahu managed to deliver 5,000 vaccines to both Guatemala and Honduras in exchange for both nations moving their embassies from Tel Aviv to Jerusalem, a de facto recognition of Israel’s claim to the disputed city. In response to Israel’s failure to comply with their promise of aid to the Palestinian Authority, 10,000 doses of Russia’s Sputnik vaccine have been distributed to the Palestinians. This act of diplomacy has the potential to earn Russia some influence over Palestinian affairs, and maybe even a seat at the table for any future negotiations between Palestine and Israel.

Though leaders of developing nations are welcoming this aid, as their options for securing vaccines are otherwise significantly more costly, these decisions are largely being taken without the consent of their civilian populations. Furthermore, this type of conditional aid can result in coercive actions in the future that result in political leaders agreeing to decisions that their populations do not agree with. This is exemplified by the Guatemalan government’s shift in opinion regarding the question of Israel and Palestine. In 2013, the government made the decision to formally recognize Palestine as a sovereign state, reflecting the beliefs of their citizens. Now, however, with Israel’s vaccine donation, the country’s leadership has pivoted towards a more pro-Israel stance, with their recognition of the contested city of Jerusalem as Israel’s capital.

Similarly, China, Russia and India have also utilized vaccine diplomacy by delivering supplies to ally nations, often at the expense of their own citizens. China and India, in particular, have begun using vaccine donations as another manifestation of the ongoing power struggle between the two states. India and China have been long-time competitors for regional control of the Asian region, as both had a similar economic development strategy that resulted in hegemonic ambitions. As the two nations compete to become regional hegemons, both employ aid based strategies to the smaller nations in the region, including financial aid programs. The Covid-19 pandemic has created a new avenue for China and India to exploit their neighboring countries through vaccine distributions as opposed to monetary loans and other financial programs. Specifically, Nepal and Sri Lanka have become battleground states between the two.

In response to recent growing Chinese influence in Nepal, India distributed 1 million vaccines to the nation as a means of regaining a foothold in the country’s politics. Sri Lanka, on the other hand, has received vaccines from both China and India, as the two vie for predominant influence in the region. China’s list of Covid-19 client states include Cambodia, Nepal, Sierra Leone, Zimbabwe, Pakistan, and more. India’s list of Covid-19 client states include Bangladesh, Myanmar, Nepal, and Sri Lanka. Essentially, the Covid-19 pandemic has exacerbated the conflict between India and China, resulting in both nations meddling even more in the public health systems of their neighboring countries. Consequently, these nations have to endure greater intervention and attempts at geo-political influence over their internal politics.

Similarly, Russia is set to distribute their Sputnik vaccine to various Latin American nations as a means to counter U.S. influence over the region and to gain geo-political influence. This is especially relevant in the wake of the  Trump administration, as many nations lost faith in the United States’ ability to effectively carry out their role as a superpower. This has created a new opportunity for Russia to gain a foothold in regions that are usually heavily influenced by the United States. Latin America, in particular, has been dominated by US control dating back to the Roosevelt administration. Now, however, due to former President Trump’s more isolationist foreign policy, the United States’ credibility has taken a major hit. Russia, clearly recognizing this opportunity, has seemingly stepped up to fill the power vacuum left in the wake of the Trump era. By distributing vaccines throughout Latin America, Russia has managed to gain goodwill with many Latin American nations especially due to the fact that many of the leaders in these countries turned to Russia only after failing to sign contracts with Western producers. Currently, over fifty nations have turned to Russia to secure Covid-19 vaccines for their nations. Additionally, Russia’s decision to distribute vaccines is also being seen as a means to rehabilitate the nation’s image within the international community after receiving condemnation over the government’s treatment of political opponents. The imprisonment of Alexey Navalny spurred international outrage at Russia due their consistent stifling of political competition and silencing any opposition. Consequently, Russia’s campaign to distribute vaccines to underserved nations allows them to utilize a humanitarian approach to rehabilitate their reputation in the aftermath of Navalny’s imprisonment.

Vaccine diplomacy, born out of the unequal distribution of Covid-19 vaccines, has become an incredibly effective foreign policy strategy within the wealthier competing nations. As the balance of power continues to shift throughout the world, emerging regional powers such as China, India, Russia and Israel have begun to use the scarce vaccine accessibility as a means of securing allies, earning favors, and gaining political capital with disadvantaged nations that are unable to access doses themselves. Vaccine diplomacy continues to raise concerns throughout the international community over the ethics of such actions. So, this begs the question, is the Coronavirus vaccine the new currency for foreign policy? Ultimately, vaccine diplomacy is no different than any other form of conditional aid (structural adjustment, conditional loans, financial aid with strings attached) that has been employed by largely Western nations and institutions throughout time. The main difference in the current situation is that vaccine diplomacy is being employed by non-Western nations, while Europe and the United States prioritize their own populations and selfishly hoard the global supply of vaccines. Consequently, this raises questions about the ethics and morality of all conditional foreign aid strategies. Richer nations, both Western and non-Western alike, should not be able to leverage financial resources and humanitarian aid over smaller, developing countries. The entire system of conditional aid is inherently coercive and exploits billions of people worldwide, while further empowering already privileged nations. Furthermore, these foreign aid schemes help divide the world into problematic spheres of influence that are dominated by regional powers, thus creating a global power imbalance. This situation proves especially troubling in light of the recent effort to block a patent waiver that would allow developing nations to produce their own vaccines to bridge the gap between rich and poorer nations.