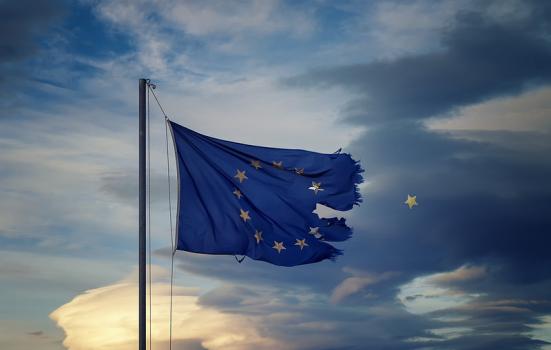 For those following European Politics, news of democratic backsliding is not new. Viktor Orban’s Fidesz party has ruled Hungary with an absolute majority in parliament since 2010. Since his absolute majority win, Orban has diligently worked to consolidate his power. In 2013, the Hungarian parliament approved controversial amendments to the country’s constitution. The reforms included limiting the Hungarian Constitutional Court’s authority and restricting election campaigning to state media alone. Critics warned that the amendments could undermine freedom of expression, human rights protections, and Hungary’s democratic institutions. Since then, Orban has consolidated his stranglehold on power. In 2018, the EU invoked Article 7 against Hungary, an article designed to be a measure to protect the EU’s core values. The EU vote revoked certain rights for Hungary and censored Orban in the European Parliament. Moreover, the European Parliament decided to sanction Hungary over its attacks on media, minorities, and the rule of law.

However, this sanction was not the end of Orban’s escalating political power. The COVID-19 pandemic saw the Fidesz-led government pass a law in March 2020 that lets Oban rule by decree indefinitely. The Council of Europe criticized the move as the decree rule cannot “guarantee the basic principles of democracy.” Although a “state of medical crisis” with a renewal every three months replaced the decree rule in June 2020, the asphyxiation of democracy in Hungary will be the biggest threat to the EU’s democratic institutions post-pandemic. Gabor Halmai, a professor of comparative constitutional law at European University Institute (EUI), said in an interview with Deutsche Welle (DW) that “after 10 years [of Fidesz rule], Hungary is no longer a democracy.” He added that inaction from the EU is “not [stemming from] the lack of legal instruments, but lack of political will.” The EU could begin infringement procedures on violations of human dignity, freedom, and democracy, in line with Article 2 of the European Union Treaty. However, it is unclear what this legal instrument would entail and if this mechanism would even be a meaningful curb to democratic backsliding. Punitive measures from the EU are not dampening support for Orban’s party at home. Moreover, a unanimously supported resolution on the case of Hungary is unlikely to occur. The Polish Law and Order Party (PiS) is known as ‘Poland’s Fidesz,’ and the two countries will be the first to protect the other when either is under EU’s scrutiny.

There is a risk. Several Hungarian officials such as Péter Szijjártó are accusing the EU of “app[lying] double standards […] on Hungary,” a counter-argument that Fidesz uses domestically to drum up nationalism and anti-EU sentiment. The famous Hungarian rebuttal is based on the idea that there is a bias for liberal Western European countries and a dislike for the conservative members in the union. The go-to argument seems to be just that, an argument, which in reality holds little water. There is a fine line that Brussels has to balance between upholding democracy in Europe and alienating a member state. Democratic backsliding is a disturbing trend that Brussels is wary to address, as to not further fracture the European Union.

There is a fear that alienating the member state could be the first step towards the union’s dissolution. On the other hand, Hungary ever leaving the EU like Great Britain did is unlikely. There are fears that if the EU goes too far Hungary could fall under the sphere of influence of authoritarian regimes like Russia and China. Putin has had more talks with Orban than any other EU leader and Hungary’s recent purchase of Sputnik V vaccines shows that there is a special relationship between the two countries. However, Hungary’s open market economy is highly dependent on trade with the EU. Over twenty five percent of all exports & imports are with Germany. Other important export markets are: Romania (5.4 percent), Italy (5.1 percent), Austria (5 percent), Slovakia (4.8 percent), France (4.4 percent), Czech Republic (4.4 percent) and Poland (4.3 percent). Similar statistics goes for imports as well, with a notable exception of China (5.9 percent). The interconnected economies show that Hungary cannot simply replace its European partners for Russia or China.

The issue with Orban’s Hungary is not exclusively its flirtation with authoritarianism, but the mockery they are making of the EU and its fundamental principles. According to Amnesty International’s 2019 Report on Hungary, the government has extensive control over the judiciary, refugees and asylum-seekers in Hungary have only severely restricted access to food, and there is a clampdown on academic freedom. NGOs remain a target, and that the tightening of Orban’s control has a ‘chilling effect’ on civil society. The Treaty of the European Union explicitly says in its first title common provisions  that [the union is] “founded on the values of respect for human dignity, freedom, democracy, equality, the rule of law and respect for human rights, including the rights of persons belonging to minorities.” If Brussels does not begin to actively challenge the blatant violation of its most basic principles, then its fundamentals will be valid on paper only.

Preserving the democratic nature of the European Union requires using all measures possible to remove hostile regimes from within. In 2018, Hungary contributed a little over €1 billion to the EU budget, meanwhile receiving €6.3 billion. The EU contribution that year made up about five percent of the Hungarian economy.  Hungary benefits from the EU with a surplus of over €5 billion. The idea of a united Europe is as much of a peace project as it is an economic union. An open, unified and free Europe took centuries to develop. It is an outright slap in the face that Orban and his party not only try to unravel their democratic fabric but get to benefit economically in the process.

Although the European Union cannot directly mandate Hungarian policies, as it would violate their sovereignty, they should put their foot down and immediately halt all economic contributions that serve to benefit the regime. The effect of inaction is already noticeable. Poland’s democratic backsliding mirrors that of Hungary’s, and the two often protect each other from EU affairs. The political repercussions will only become more severe as other political factions in central and eastern European countries gain traction by aligning with Hungary. Notable examples include Slovenia’s Democratic Party and Romania’s Social Democratic Party. To prevent further fracturing of the EU’s fabric, it must weed out the moths eating it— or at the very least stop financially rewarding them for doing so.