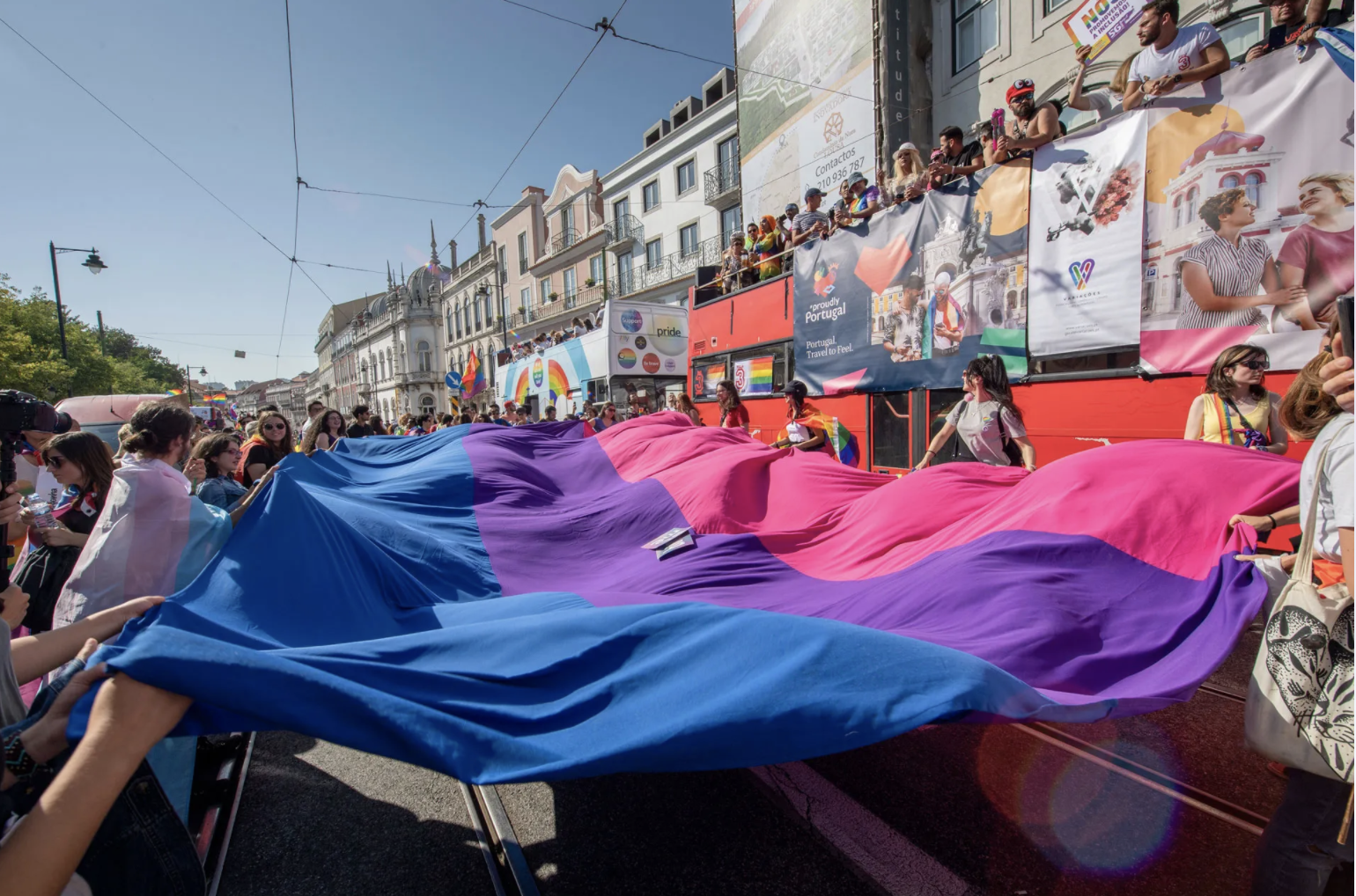 Throughout the past six months, I have watched five loved ones come out as bisexual and open up to the world in a confident, breathtaking way. In fact, more and more people of Generation Z than ever before are coming out, with 11.5 percent of them identifying as bisexual, according to Gallup. With heightened visibility of queer folks and historic legislation being passed in the House this year protecting the rights of LGBTQ+ Americans, it appears great strides are being made for the queer community.

Among these strides, however, staggering rates of violence continue to impact women on the multisexual spectrum/bisexual+ women, which in this article refers to women who are attracted emotionally or physically to more than one gender.

Bisexual+ women face incredibly high rates of sexual violence. 75 percent of bi+ women will experience sexual violence other than rape within their life time, and nearly half will experience rape, according to a 2010 study done by the CDC. Most bisexual women will experience assault before the age of 25, and perpetrators are by and large men. Importantly, studies have found that about a third of transgender people also identify as bisexual or pansexual, and people of color are more likely than white people to identify as bisexual: trans and BIPOC bi+ people thus find themselves at even “further disparities that occur at the intersections of biphobia, racism and transphobia,” making the bi+ community further vulnerable to sexual violence, according to the Human Rights Campaign.

Deep-seated biphobia is a major factor that influences these alarming rate of sexual violence. In a 2002 study, heterosexual adults in the United States rated feeling the lowest level of favorability for “bisexual men and bisexual women than for all other groups assessed—including religious, racial, ethnic, and political groups—except injecting drug users.” While an Indiana University study in 2018 has shown that favorability of LGBTQ+ folks has grown in recent years, especially of gay and lesbian people, the plurality of people still consider themselves “neutral,” neither agreeing or disagreeing about stereotypes around bisexuals. While this is a step in the right direction, it certainly cannot be misconstrued as acceptance: roughly 30 percent of people in the same study agreed with harmful stereotypes of bisexual+ people.

These stereotypes have significant consequences for multisexual women within their social relationships as well. In a report on health disparities amongst bisexual+ people, the Human Rights Campaign notes that bisexual women have “lower levels of social support and lower quality of life than heterosexual or lesbian women.” This lack of social support coupled with internalized biphobia results in severe mental health consequences: bisexual women are at increased risk for mental health disorders compared to gays and lesbians. Bisexual women also experience negative self esteem and are therefore more likely to engage in high risk behaviors, including higher rates of drug and alcohol abuse as well as unsafe sex according to the report. In her 2017 study, Lehigh University Psychology professor and queer activist Nicole Johnson cites this as one of the primary reasons multisexual women are more likely to experience sexual violence.

Despite these harrowing facts, the gay and lesbian communities have frequently sidelined multisexual women within the LGBTQ+ movement. According to the same 2018 Indiana University study, bisexuality is considered to be “an illegitimate and transitional ‘phase’” in which the person is assumed to be on their way to a “‘valid’ sexual orientation” by other members of the queer community. Furthermore, bisexual+ women are generally assumed to be more interested in men than women by gays and lesbians, creating hostility between these two groups. These beliefs work to create the sense that bisexual+ women are posers within the LGBTQ+ community that do not deserve the same level of support as others in the community. This lack of support and belonging from both the queer and straight worlds results in dire health consequences for multisexual women.

With the Biden administration in the White House, important legislation supporting LGBTQ+ Americans has made headway. In his first day in office, Biden issued an executive order upholding the right of LGBTQ+ Americans to be free from discrimination. Shortly thereafter, the Equality Act, which extends civil rights protections to LGBTQ+ Americans, passed in the House. This legislation would undoubtedly benefit multisexual women.

However, this legislation operates under the assumption that bisexuals, gays, and lesbians face the same issues, and therefore require the same support. While there is certainly overlap amongst the issues impacting these communities, the data above clearly shows that multisexuals face significantly worse health and safety outcomes compared to their gay and lesbian peers as a result of dealing with the dual burden of homophobia and monosexism. Legislation and advocacy efforts must address this to fully dismantle the systems of oppression that affect bisexual+ people.

When LGBTQ+ advocacy groups do address bi+ issues, the focus is often on change within a small, social scale. The Human Rights Campaign offers solutions like “[using] inclusive language,” and GLAAD asks its supporters to  “know and share the facts” about bi+ issues. These solutions, however, merely graze the surface of what bi+ women face.

The epidemic of sexual violence against multisexual women is a crisis that requires extensive policy proposals to address. The first step is comprehensive research surrounding bisexual+ issues, as noted by Free and Equal. From 1989 to 2011, 0.1 percent of research funding for the National Institute of Health went to queer issues, and of that, only 6.8 percent went to issues facing multisexual women specifically. The data around trans women, non-binary people, and women of color who identify as bisexual+ is even further lacking. Without knowing all the factors influencing the community, especially those who are most vulnerable within it, policy will simply fall short of supporting bisexual+  women.

Beyond this, comprehensive sex education is a vital step towards creating more acceptance and understanding of bi+ women within both the queer and straight communities. Currently, only 15 states and the District of Columbia have the majority of their schools address LGBTQ+ issues within their sex education. For students in the other 35 states, it is up to their parents, the internet, or pornography to teach them. Even within these states, education is focused on the transmission of diseases and how to have safe sex within the queer relationships. It is vital that this education expands to also address consent within queer relationships and deconstruct the stereotypes that bisexual+ women face.

Bi+ research groups have also pointed to providing extensive cultural competence training on multisexual issues for those who work with survivors of sexual violence, which would be supported by the Department of Justice and state/local governments. Other steps proposed include prohibiting discrimination against bi+ people within the Violence Against Women Act and the Equal Access Policy under the Department of Housing and Urban Development to create additional support for bi+ women who experience sexual violence and face housing insecurity.

Perhaps most importantly, multisexual women need financially backed programs specifically addressing their needs on a wide scale. On top of high rates of mental health and substance abuse issues, bi+ women are more likely to face poverty and lack access to health care resources than lesbian, gay, and heterosexual people. Poverty, mental health disorders, and substance abuse are all factors that increase risk for sexual assault in childhood and adult hood, and highly impact bi+ women. By funding programs that address these issues, such as accessible therapy, rehabilitation treatment, and financial aid programs for bi+ women, government policy can better address the high rates of sexual assault against the community.

Every story of oppression is more importantly a story of resilience. Bisexual+ women have historically and are currently facing serious issues, but they are also a community of immense power. From civil rights advocate and Harlem Renaissance artist Josephine Baker to the mother of pride, Brenda Howard and so many more, bisexual+ women have been change makers and revolutionaries for centuries. Today, more than 220 LGBTQ+ folks were elected to positions of power in the last election cycle, with many bisexual women making  important inroads in their states. This means the opportunity to dismantle systems of homophobia and monosexism is coming within reach, but it will require centering bisexual+ women, and especially bi+ BIPOC and transgender women in the fight for queer rights. With bi+ women at the forefront, and heightened passion around bisexual issues in the queer and allied community, the future could be extremely bright for bi+ women, and ultimately all women, everywhere.