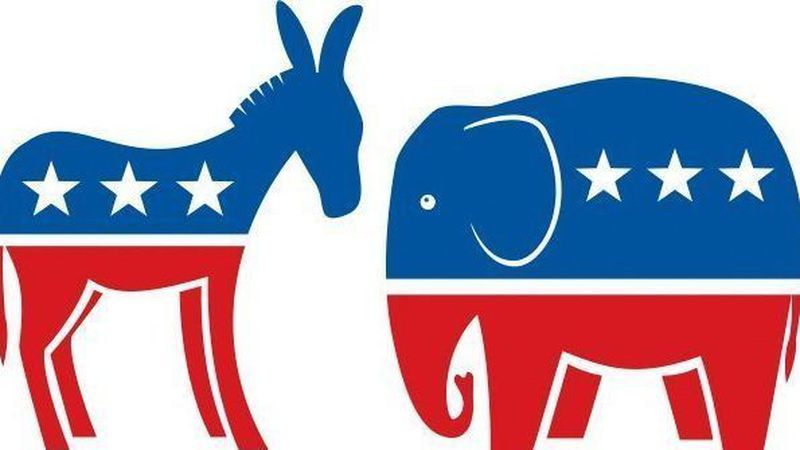 What the Future for the Independent Party Holds

Since the 1790s, with the establishment of the Federalist and Democratic-Republican political parties, the United States’ roots in the country’s two-party system have deepened. Nevertheless, this two-party system is not what the constitutional framers had in mind. They envisioned a nation united, not divided into feuding parties who refuse to get along. In fact, the founding fathers feared that empirical factions, now considered to be parties, spurred the same system of corruption that they believed the British government fostered. Alexander Hamilton deemed factions “the most fatal disease”. John Adams feared that “a division of the republic into two great parties… is to be dreaded as the great political evil.”

This division is exactly what plagues politics today; the current state of the two-party system has blurred the line between issues that are considered political and those that are genuinely concerning human rights. When considering the current order of politics revolving around the Democratic and Republican parties, the role of the Independent Party in the future of American elections remains uncertain. Nevertheless, reliance on the Independent Party as a beacon of hope for the future bridging of the two parties is unreliable and unrealistic as inherent biases toward one party over the other perpetuate the two-sided mentality of politics.

The Thin Line Between Politics and Human Rights

The nation’s dependence on its two-party system has created a divide in the country on social justice issues. This exact division has resulted in an undefined grey area between politics and humanity. Social justice issues such as immigration, abortion, Black Lives Matter, police brutality and freedom of speech have been politicized in the party system, catalyzing the loss of sight on how voting on such issues impacts real people. In reality, social justice issues should not be polarized through politics. Nevertheless, the political system is exactly what causes this grey area. The dramatically polarized world is fostered by the partisan nature of decision-making regarding legislations, providing voters with the option of ‘A’ or ‘B’ without any other consideration. This ‘one or the other’ mentality that politicians portray in their campaigning, advertisement and public speeches to gain supporters is a dangerous message to broadcast to an impressionable nation of 350 million. For instance, over 60 percent of Hilary Clinton’s political ads were geared towards attacking Donald Trump, revealing the clear priority for negative ads compared to positive ones.

Moreover, social media has played a large role in perpetuating the division between the Democratic and Republican party supporters. Marketing teams for social media companies have created “filter bubbles” in which users are only exposed to beliefs that they already side with. Through gathering users’ data, social media companies play into encouraging confirmation bias where users are only exposed to selective issues. Furthermore, social media ‘influencers’ play a large role in impacting voter decisions, as their social media platforms provide influencers to broadcast one message to millions of unsuspecting followers. Specifically, social media influencers with under 10,000 followers have become an asset for political parties to reach a targeted audience of followers and sway their vote. Even so, celebrities have taken to their millions of followers to campaign for politicians, including Chris Evans, Selena Gomez, Taylor Swift, Lizzo and Beyonce supporting the Biden-Harris campaign.

After decades of elections surrounding the two-party system, it became evident that having a nation split on issues contradicted the principle of unity that the founding fathers built the constitution upon. Thus, in 1993, the Utah Independent American Party was formally established, later becoming the nation’s Independent American Party as we known on the ballot. Its mission statement expresses the party’s goal to “promote respect for life liberty and property; strong traditional families; patriotism; and individual, state and national sovereignty – with a strong reliance on the Declaration of Independence and allegiance to the Constitution for the United States of America – by petition to God and by political and educational means.” Thus, Independent Party supporters devote their vote towards promoting the best interest of the country, regardless of what a two-sided government dictates is the ‘right’ choice.

Although the Independent Party has a platform of issues of its own like the Democratic and Republican parties, its candidates are not obligated toward adhering to special interests in the same manner that partisan candidates are. Since 2004, the Independent American Party has become more commonly selected by voters in the 31 states that permit party registration. While in 2004, 23.15 percent of voters were registered independent, in 2020, that number rose to an estimated 28.87 percent of voters. In fact, additional research estimates the number of registered Independent voters rose to 34 percent in the 2020 election, surpassing the number of registered Democrats and Republicans.

What the Future Holds

With the 2020 election breaking the glass ceiling with the record-high number of registered voters to date, the party registration statistics from this recent election reveals a future for which support for the Independent Party is growing. This growing support leaves the possibility that Independent Party candidates may hold more positions in office in the future, leaving the question: can the Independent Party shift voter trends to a non-partisan position?

Although not the ideal answer, what the future holds for the Independent Party remains uncertain. Most registered Independent voters still have a leaning preference toward the Democratic or Republican party, despite being disaffiliated with the two-party system. It is unclear whether or not the political-leaning nature of Independent voters will remain, especially as more Gen-Z voters––known to be progressive and ethnically diverse voters––register and begin voting themselves. Moreover, although Independent candidates hold seats in local and congressional positions, it is uncertain whether an Independent Party candidate can gather enough support to win a presidential election in the near future.

Nevertheless, the Independent Party is not strong enough to break the deeply rooted divisionist mentality ingrained in the country’s politics since its earliest factions. Unity in large masses in itself is difficult to obtain, but the polarized nature of campaigning, voting and discourse makes it near impossible. Still, the future is unpredictable as shifting trends in recent elections reveal the actual fluidity of politics.

Most notably, it is unclear whether the Independent Party is the solution for redirecting the misled conversations fostered by the two-party system. Although the current polarized nature of politics has been fueled by the two-party system, there is no saying whether or not having that option C will be able to rectify the division among voters. Thus, it is most important to be conscious of perspective bias and the one-sided nature of politics individually. While the Independent Party may or may not be a solution for politics as a whole, individuals are still able to hold themselves accountable to not politicize issues that relate to the wellbeing of others. With much ambiguity in how the course of politics will change in the future, the basis lies in empathy being a necessary fundamental in politics and guiding related conversations.