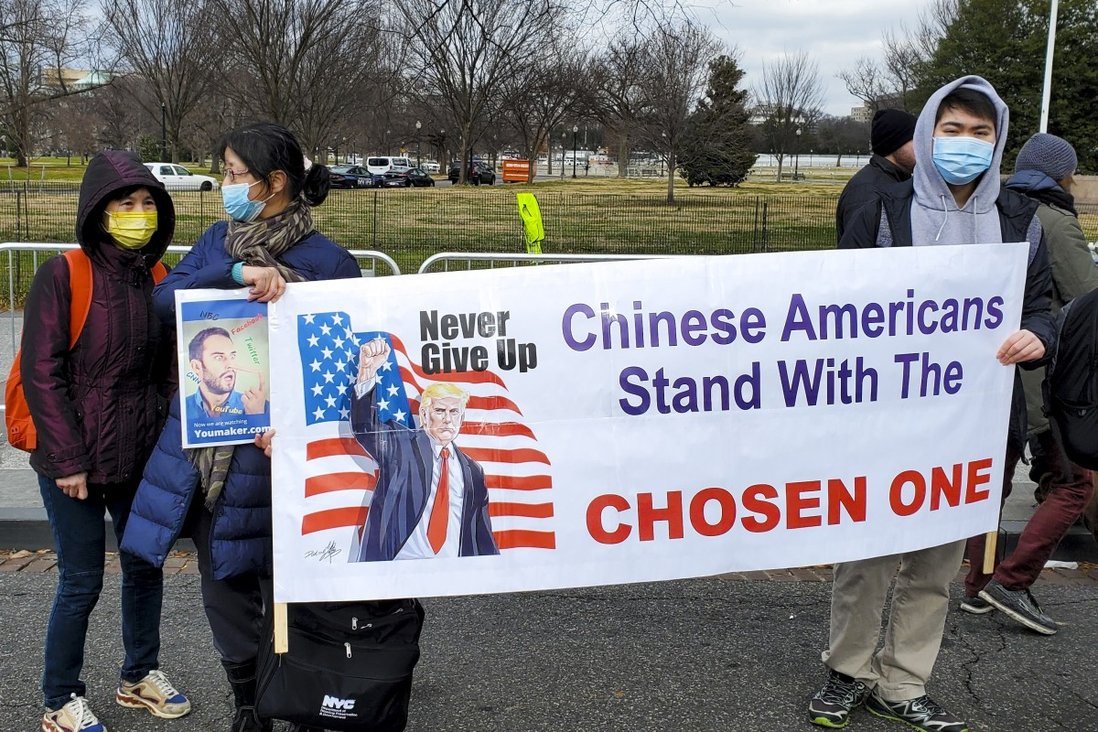 Why Do Chinese Liberal Intellectuals and Dissidents Support Trump?

If you were watching the Republican National Convention in August last year, you may have spotted something interesting: a blind Chinese dissident named Chen Guangcheng called for American voters to “fight for President Trump for the sake of the world.” Before coming to the U.S., Chen was a self-taught human rights lawyer in China, where the authorities put him under house arrest for his rights activities. In April 2012, volunteers smuggled him into the U.S. Embassy in Beijing, where he was later brought to the U.S. by Secretary of State Hillary Clinton. Saved by a Democratic administration, Chen became a fervent Trump supporter.

Chen’s support for Trump is not an isolated event. Instead, he is one of the many Chinese liberal intellectuals and dissidents, whose admiration—even idolization—of Trump seems counterintuitive: they speak out vocally against the Chinese Communist Party (CCP) and advocate democratization and human rights, yet they simultaneously extol Donald Trump, despite his blatant assaults on democratic norms and institutions, even after he lost the 2020 election. How do we make sense of this seeming paradox?

A recently published paper by Dr. Yao Lin, a political scientist studying law at Yale University, offers insight into this puzzling phenomenon. Before delving into his main argument, though, Lin first refutes two popular and seemingly intuitive hypotheses that purport to explain support for Trump among Chinese liberal intellectuals.

The first hypothesis argues that Chinese dissidents support Trump for the purely tactical reason that “the enemy of my enemy is my friend.” The logic is simple: Chinese dissidents don’t like the CCP, and Trump doesn’t like the CCP, so Chinese dissidents like Trump. While many Chinese Trump supporters cite Trump’s toughness on China to justify their affinity towards Trump, this hypothesis does not explain Chinese Trumpism before and beyond Trump’s antagonism against China. In fact, many dissidents began to support Trump early in his Republican candidacy, when Trump was widely seen in China as a pragmatic businessman that the Chinese state could work with. Moreover, many vocal Chinese liberal dissidents also side with Trump on his many racist and Islamophobic remarks that do not have an apparent bearing on China. Therefore, the “pure tactic” hypothesis does not explain the puzzle.

Cao Changqing (former Chinese journalist who came to the U.S. in 1988):

Black footballers kneel down and refuse to salute to the Flag or sing the Anthem. Instead, BLM people salute to George Floyd, a habitual offender who committed crimes and went to jail repeatedly. Leftist Democrats like Nancy Pelosi and Joe Biden also play this trick! They kneel down to criminals, calling them heros—this is their leftist value! Biden knelt down gain yesterday. This boneless guy—if elected—would kneel down to Xi Jinping! We must support Trump to protect our standing America!

The second explanation that Lin precludes is “neoliberal affinity,” the idea that Chinese liberal intellectuals, just like Trump, are pro-market, pro-deregulation, and pro-privatization, and therefore prefer Trump over the Democratic Party. However, this hypothesis does not account for scholars like Guo Yuhua and Sun Liping, two sociologists who champion the rights of workers and other marginalized communities in China in the face of market forces yet support Trump with equal vigor. This hypothesis also fails to explain the convergence of both Chinese liberal and non-liberal scholars in their mutual support for Trump: although non-liberal intellectuals do not approve of his neoliberal policies, Trump has found admiration even among such thinkers in China.

Libtards in the West and China always assert that Trump is a rogue, but their slander and vilification of Trump show that they are the true rogues!

After ruling out these two hypotheses, Lin proposes that the real reason behind Chinese liberal intellectuals’ support for Trump is a concept he terms beaconsim, which operates on both political and civilizational dimensions.

Political beaconism is a view that idealizes Western liberal democracies, especially the United States, and sees their political institutions as flawless examples for China to follow. Just as some Western intellectuals on the left glorified Communist regimes, such as the Soviet Union, China, and North Korea, during the Cold War in spite of their glaring issues, these Chinese intellectuals—traumatized by political campaigns like the Great Leap Forward and the Cultural Revolution—“sanitize” America and refuse to recognize systematic problems confronting American society, including structural racism and inequality. This is why many of them condemn the Black Lives Matter movement as mobilized by “baizuo (libtards)”—it contradicts their perfect image of America and provides Chinese propagandists with materials to smear liberal democracy with. With his fiery denunciations of progressive movements, President Trump thus becomes the leader to do away with political correctness and restore the quintessential America.

Similarly, civilizational beaconism reveres a sanitized imagery of Western civilizations, especially American civilization. This train of thought can be traced back to the late Qing period in the late 1800s, when China entered its “century of humiliation.” Progressive Chinese reformers, astounded by the power of modern colonial states, began to see Chinese society as backward and absorbed the scientific racism and social Darwinism in vogue among colonial powers at the time. They bought into the notion of “survival of the fittest” and believed that, by working hard and learning from the West, the Chinese as members of the “yellow race” could one day rise up and be as developed as the white race. Due to constant warfare and the disruption of academic activities throughout much of the 1900s, civilizational beaconism remained embedded in Chinese intellectual discourse until the 1980s, when today’s most influential Chinese liberal intellectuals received their education. Because of this, Chinese intellectuals worry that immigration will dilute and even topple the “white Christian” majority in Europe and the United States, leading to the fall of Western civilization. Therefore, they look up to Trump as the leader to defend conservative Christian values against immigrants and baizuo, lest their shining model civilization become irrevocably tarnished.

On November 7, 2020, the Associated Press declared Joe Biden winner of the 2020 presidential election. Over the next two months, then-incumbent President Trump incessantly touted his baseless claims about a “rigged election,” which many Chinese intellectuals dissidents openly corroborated and spread on Twitter and other social media platforms in China. Trump refused to abide by the norm that partisanship must not supersede the will of the people, and his Chinese supporters, by attacking the integrity of the presidential election, discredit the legitimacy of American democracy among the Chinese population, just like Trumps does in America. Their blind support for Trump and circulation of absurd conspiracy theories have created a troubling association between public intellectuals and Trumpism, between democracy and chaos.

But there is also a positive side of the story. More and more young Chinese intellectuals, such as Yao Lin, are sharing their own understandings of American society. Many of them are more conversant in English, have received more rigorous training in social science methodology, have more knowledge on critical issues in the United States, and are more capable of employing social media to participate in public debates than their predecessors. This new generation of scholars has the ability to provide a more accurate picture of Western liberal democracies, with all their successes, shortcomings, and complexities, for the public audience in China.